Like many of you, I always assumed the technology to render things invisible would be developed by the military, and would later trickle down to the civilian sector. Instead, surprisingly, it is civilian automakers who appear to be running with the invisibility ball. 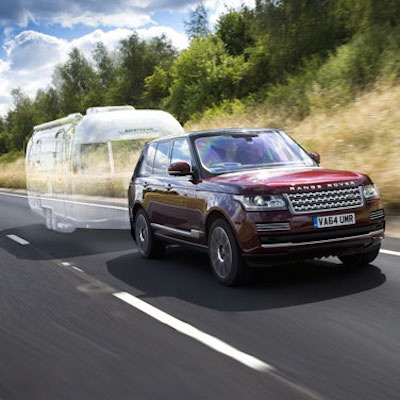 By harnessing cameras and screens, Toyota rendered the rear half of a car transparent from the driver's perspective, and Jaguar did the same with the A-pillars. Both of those existed only in concept form, but Samsung went a step further and actually rendered tractor-trailers somewhat invisible by placing huge screens on the back linked to cameras in the front.

The latest to jump into the invisibility game is Jag's sister marque Land Rover and their CargoSense Master:

I know the bulk of the video involving the horses isn't exactly relatable--I think most of us simply ride our stallions to the next village rather than trucking them--but the see-through trailer portion, unlike the Toyota and Jaguar concepts linked to above, seems very do-able.

I'm guessing it won't be long until we start seeing some market-ready options. And heck, Google may have already figured out how to make their self-driving cars invisible, but unfortunately from the outside; maybe that's why human drivers keep crashing into them.