The designer on his new role at the RCA, autonomous cars, and the advice he'd give himself if he were a young designer today...

J Mays, one of the world's most influential automotive designers, will be contributing to the RCA's prestigious Vehicle Design programme as a visiting professor beginning September 2015.

As Chief Creative Officer of Ford, he oversaw the design of many of the brand's best-selling cars including the Fusion/Mondeo, Focus, Fiesta, Taurus, Mustang and F-150 before departing in 2013.

J's influence in the automotive design world is remarkable with a successful and sustained design career in many of the major OEMs: Volkswagen, Audi, BMW, as well as Ford. He has been instrumental in the design of some of the world's best-known and best-loved cars, including the new VW Beetle and Audi TT.

I caught up with J in Chicago and asked him about his role in the RCA, the challenge of getting young buyers into cars, and the advice he'd give himself if he were a young designer today... 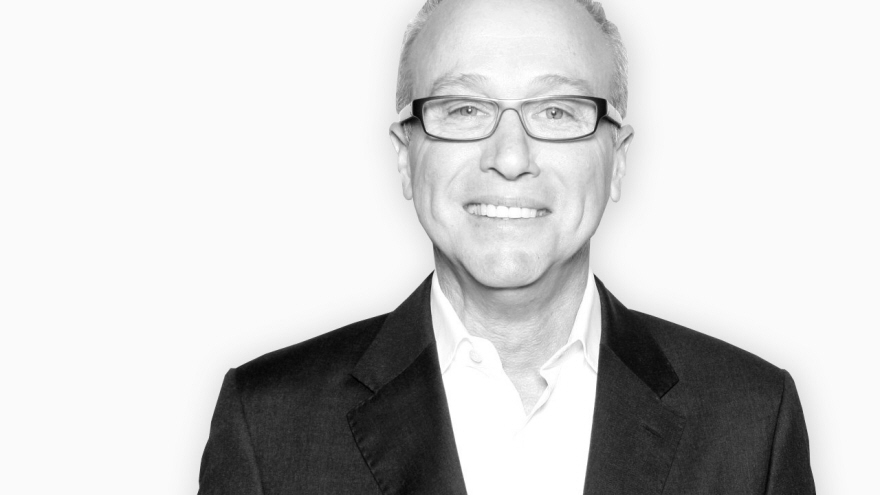 Ed Stubbs: Hi J, congratulations on your new role with the RCA. What challenges are you looking forward to?

J Mays: It's something that's worked out really well—my wife works in the UK, and I've got a deep affection for all things English, So I talked with Dale Harrow [RCA Course Director] and we worked out that I could help strategically with the program.

I think I can bring a slightly different perspective, one that's current—having just left the auto industry. When you look at the work coming out of design schools there's no lack of creativity—it's just a case of channeling that talent. So, taking that talent and connecting it back to everyday life is one of the major challenges.

I can add my experience and knowledge to help these students to not lose the magic of their design vision but connect it to something the customer can relate to because, ultimately, they're designing for a customer at the end of the day. 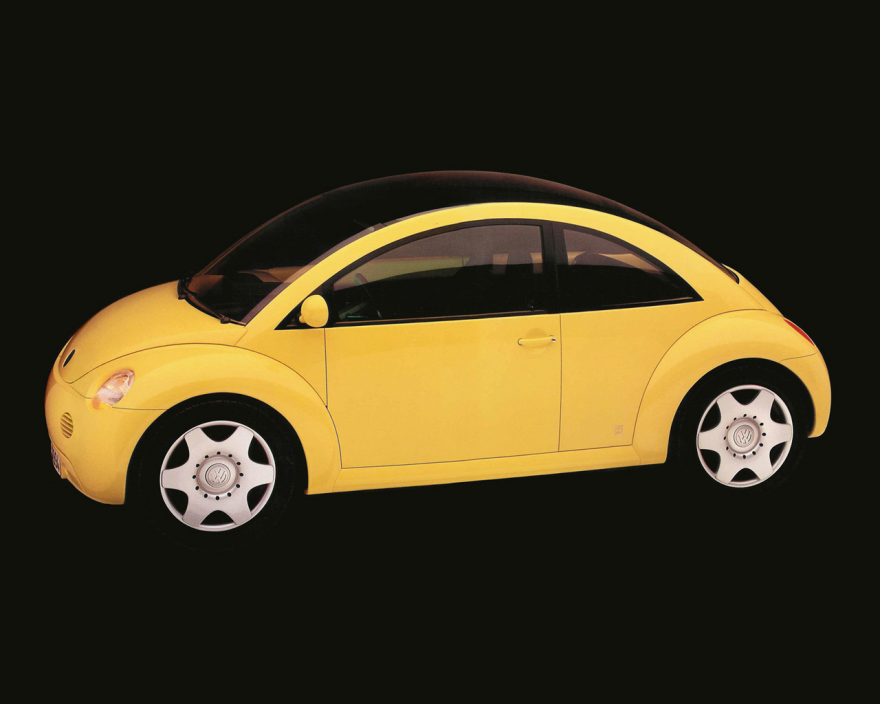 We know that young people are less interested in cars than they were. How do we get them to fall in love with cars again?

I agree; there are any number of things vying for a young person's attention out there, beyond the automobile. Perhaps part of the problem is the auto-industry just isn't capturing the magic for these guys. Reality isn't an aphrodisiac!

There are a lot of answers out there for moving people from A to B, but there are less that are so well done that they become an irresistible product. So, whether all of us end up in autonomous cars or in a car-share in 15 years, there's still got to be some way of bringing a level of appeal and emotion to those products.

For example, if we're talking about driverless cars, I've seen a lot—but none that I'm itching to get into. At the moment, there doesn't seem to be much design language evident—I'm not saying they have to look like rocket ships but at the same time they're looking like pods and there has to be more to them than that. So, that's the opportunity there.

So, whether all of us end up in autonomous cars or in a car-share in 15 years, there's still got to be some way of bringing a level of appeal and emotion to those products.

We are trying to get the students to think differently about the design process. When you get into the industry you can become overwhelmed with the needs of the product-planners and the marketing people, and somewhere along the line your lovely design gets lost. So we are having a discussion about pausing the design process, backing-up and hitting the reset button to come at it from a different perspective, to use different inspiration.

There's a difference between a flashy design (and there are plenty of those out there) and one that means something to someone. I'm a huge believer that every product has some kind of story and allowing customers to participate in that story is a major part of great design, so I'm also looking forward to getting the students to start to understand that. 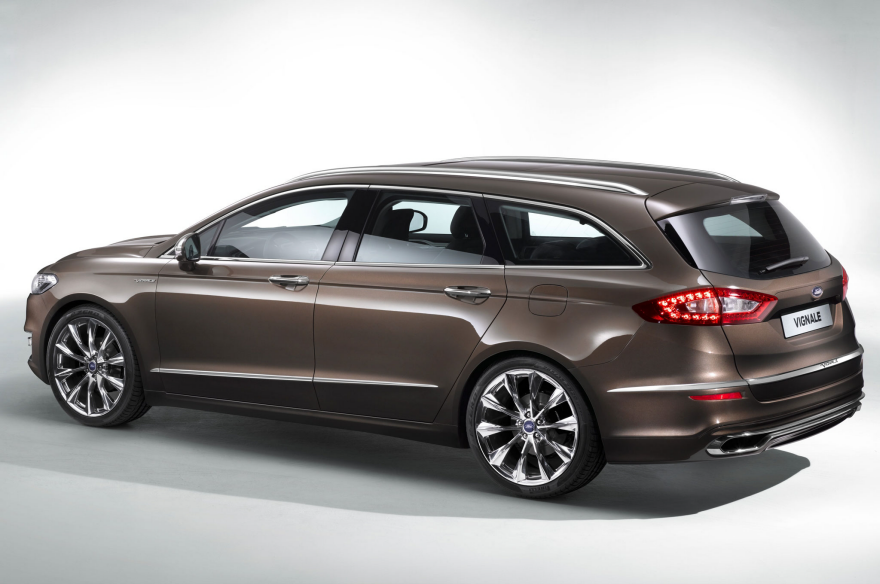 What's your view on disruptive vs harmonious design?

I've got a very clear point of view on that. At the end of the day, you're working for a company, you're trying to attract customers to the brand and you're trying to make people's lives better. So, the idea that you might be trying to provoke customers rather than seduce them seems to be at odds with doing that. Any time we designed a car either at Audi, VW, or Ford we wanted to do something that was going to seduce the customer into the showroom.

What was the project you were most proud of in Ford?

The latest Mustang is a fabulous car—and finally available in RHD in the UK, so that's pretty exciting. It's a great piece of automotive kit for not much money. In the mainstream, the Mondeo looks fabulous out on the roads too.

Currently, lots of students come from Asia to learn design here. Do you see that reversing with Western students studying overseas?

In terms of the cultural exchange, a lot of Asian students make their way over to the UK and the US – and are soaking up a lot of the culture here as a result – but it doesn't often happen the other way.

I think it's going to happen but not until we know what we're getting back—at the moment, the Chinese do not have a long automotive design history the way the Brits and the Americans do.

We've had a number of design movements in car design over the years—edge, flame surfacing, retro to name a few—what do you think will be the next big thing?

I'm hoping it's going to be 'meaning'! I'm not a very trendy person; I'm almost anti-trend. Nothing gets older faster than 'new,' following the latest trend and finding a name for your design language. That's passé now.

If you look at the premium brands you won't find them talking about their design language. Chris Bangle may have talked about that with BMW but they haven't referenced that for a long time. None of the premium brands do it; they just have their own brand design.

What you want is longevity—design that has staying power. So, I'm going to be encouraging the students to shy away from trends. Nothing is worse when you see a design and can say: "That was from 2001!" It just ages, really quickly. I'm much more interested in meaning rather than style.

Nothing gets older faster than 'new,' following the latest trend and finding a name for your design language. That's passé now.

Sure, yeah. Absolutely, something that's not passé.

To aspiring car designers what's the one nugget of advice you wish you'd been given?

Looking back, I wish I'd known a lot more about the realities of the auto industry. You have your education at the design school—and then a completely different education in the first few years of working in industry. So, trying to help brief the kids for a smoother transition to the industry life is bound to help not only the industry, but the students themselves.

You don't want to kill their enthusiasm or their creativity but they need to understand what they're getting into. Having to interact with marketing, product development, finance—there are a lot of players in the game and all them have to work together smoothly. In the best companies they do, but there are lots of companies where it doesn't work very well. 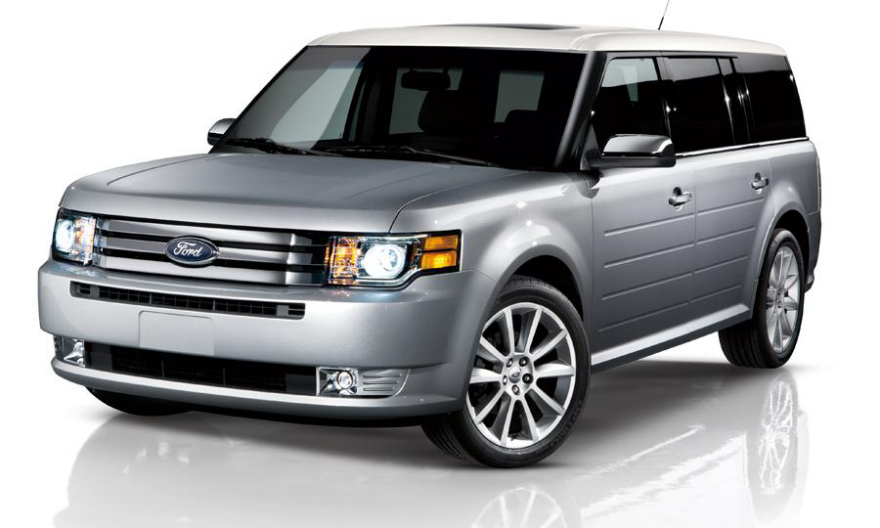 Agreed—you have to make your design story be understood by as many departments as possible, even if it involves fighting your corner.

What's your dream car and your perfect everyday driver?

As far as my dream car goes, I've driven just about everything that I could imagine but still come back to the car I've got on order—a 2015 Mustang GT350. Awesome. I would also love to have a Ford Flex here in the UK for my everyday driver but unfortunately there is no right hand drive.

J, a pleasure to talk with you and the best of luck with the RCA post, and your other projects.