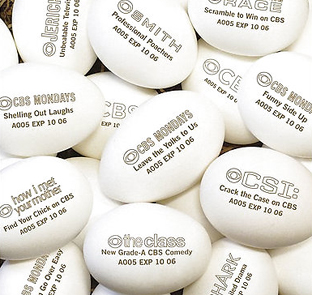 More than 35 million eggs have been vandalized with lame CBS quips such as "CSI: Crack the Case on CBS" and "The Amazing Race: Scramble to win on CBS." Lost my mothercluckin' appetite.