An Unusual Design for a Massive Bit Holder with Moving Parts

Can you figure out how it works?

Variety is useful for a designer to encounter, and I love seeing how different people solve a shared design problem. It's also fun to try to figure out, absent a clear explanation, what a particular designer was thinking just by studying the form they've come up with.

The CNC + OCD drill bit organizer I made had a chest-of-drawers form factor because, as I explained in the design process video, that was what the object demanded; it basically designed itself. But a fellow CNC mill user named Jerry Burks, who needs to store a heckuva lot more bits than I do, came up with something very different: 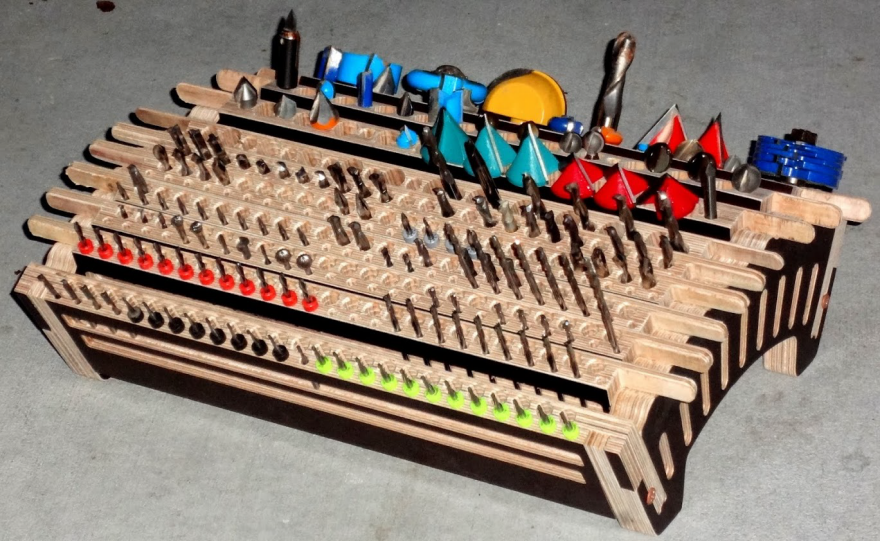 Staring at just that one photo above, I couldn't figure out some parts of the design. Assuming form follows function, the little "fingers" sticking out from the sides of each "leaf" seemed to indicate the leaves were meant to be lifted out. But then what? Those leaves could presumably could not be set down on edge or they'd topple over, and the fact that the bits load from the top mean setting it on its side would be inelegant to use. And what are those routed slots in the sides of the overall piece for?

Thankfully there was another shot, this one from the side: 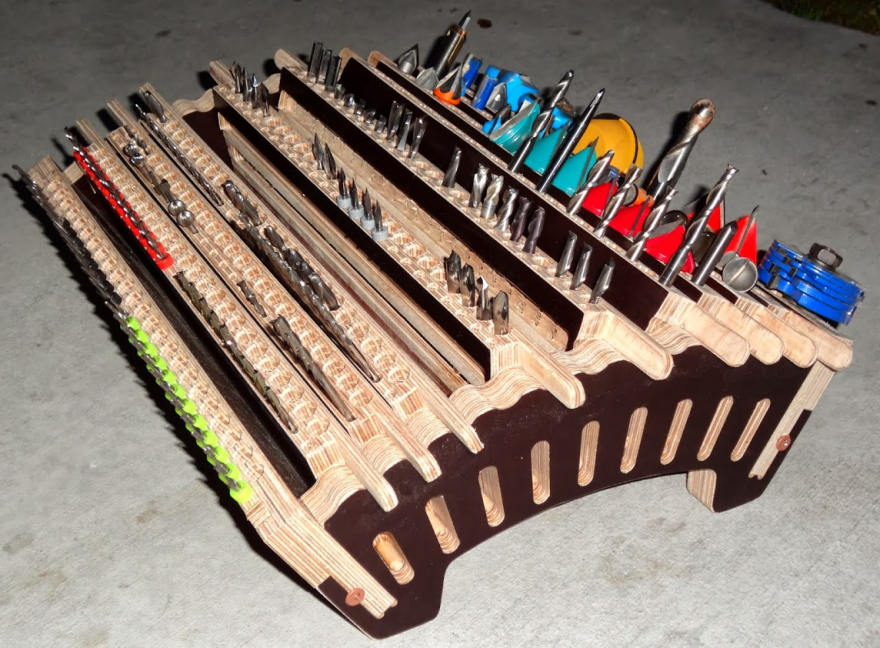 Aha. Here we can clearly see there are dowels resting in the routed slots and pegged into the sides of the leaves. We can also see the tops of the side members are wavy, with the fingers resting in the valleys. Now the fingers make more sense: The leaves can indeed be lifted, but their travel is limited by the dowel in the routed slot. So it appears the leaves can only be moved forward or backward by one valley, perhaps to make access easier, or highlight which leaf is currently being used by creating space around them.

Here we can see some of the bits sitting in plastic bushings, that I imagine are friction-fit into the drilled holes: 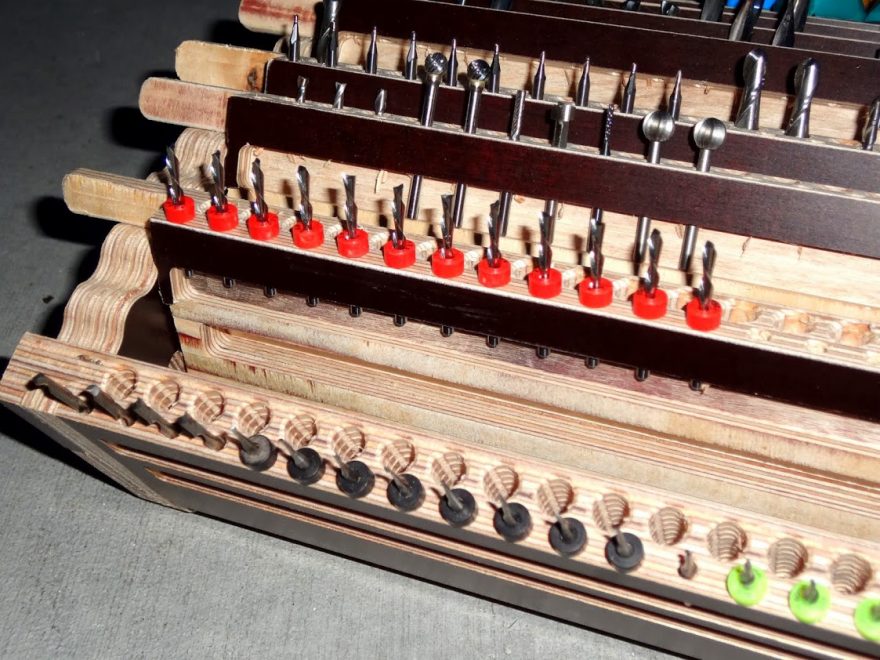 The color-coding appears to be the sole method of "labeling," which wouldn't work for me; but I'm guessing Burks has a better memory than I do.

One thing I can't figure out, by looking at that last photo above, is why there are two long slots machined into the faces of each leaf. Anyone have any ideas?

An Unusual Design for a Massive Bit Holder with Moving Parts