Tweets, VR, waves and furniture on the Northbank

As a new addition to LDF's dedicated design hubs in the city, Somerset House made a notable entrance this year as the home to various exhibitions and events, amongst them Ten Designers in the West Wing, and the winners of the competition  Powered by Tweets. The spectacular location on the Thames, the broad diversity of exhibitions, and the courtyard as a great lingering place in the glorious weather during the second half the week made Somerset House one of my highlights of this year's festival. 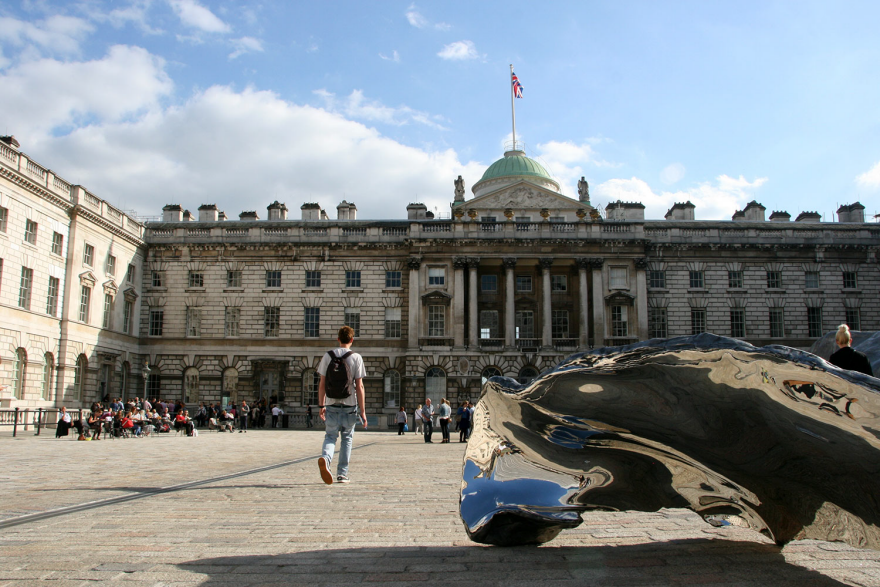 The grand courtyard of Somerset House with sculptures by Marc Quinn.

Twitter UK and LDF joined forces earlier in the year to create a nationwide design challenge asking participants to either solve a problem or create something beautiful using the power of the social network. 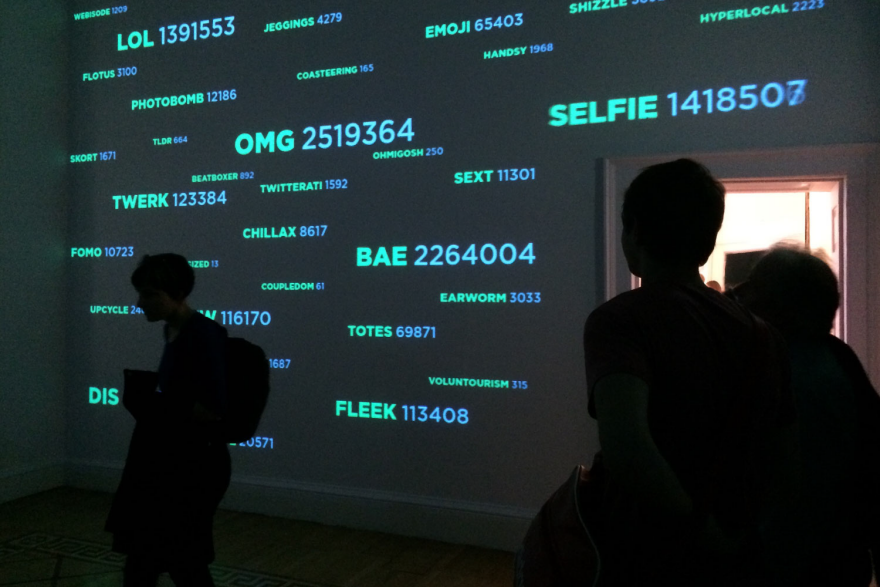 The challenge the creators of #WordWatching aimed to address was, "How do we keep up with language and how does it evolve?". They suggested using Twitter to monitor language as it changes over time, shown here by their installation that visualized real-time data of the use of popular new words and acronyms on Twitter. 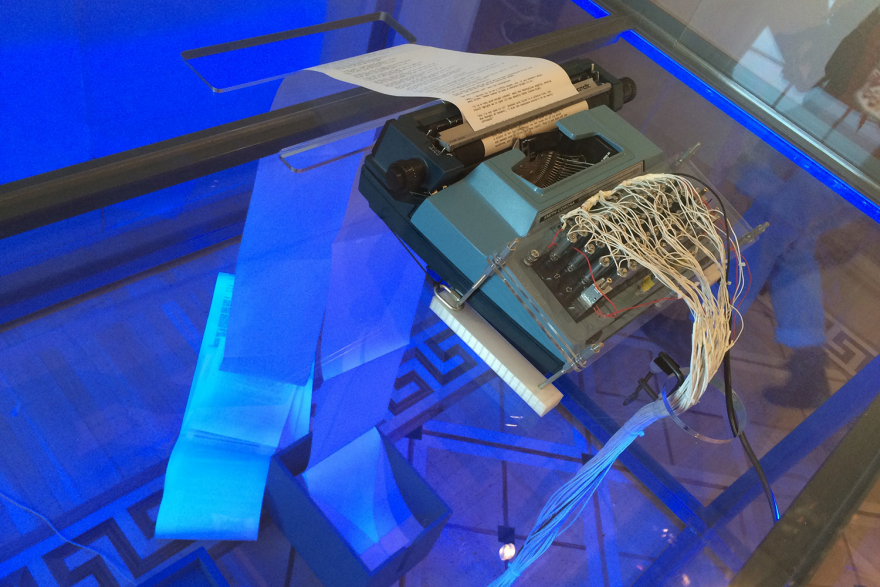 A completely new way to 'release' a book was shown by the project '#WordByWord'. Typing out the full text of Alice in Wonderland as soon as the next word in the book was was mentioned somewhere on Twitter, visitors could see Lewis Carroll's work gradually unfold from a modified typewriter.

It would be interesting to combine #WordWatching and #WordByWord in a few years to see what an overhauled version of the book would look like in modern day Twitter-speak.

A long hallway of Somerset House was occupied by 10 Designers in the Westwing, presenting the work of ten internationally renowned designers invited exclusively for the event. 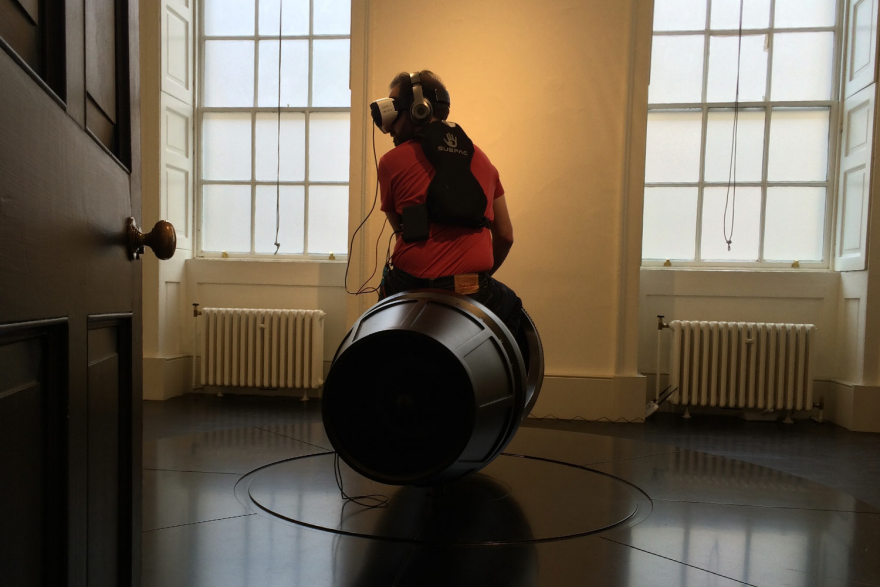 'Odyssey' by Tino Schaedler and Nabil.

Another exploration into the relationship between the physical and virtual worlds, 'Odyssey' by Tino Schaedler of Optimist Design and VR director Nabil of United Realities invited visitors to a 90-second immersive journey, launching off from one of the rooms in the Westwing on what looked like a turbine-shaped kiddie ride. The combination of the VR headset, wind, vibrations and a spatial sound system aimed to create a multi-sensory experience to "explore design on a more philosophical level." 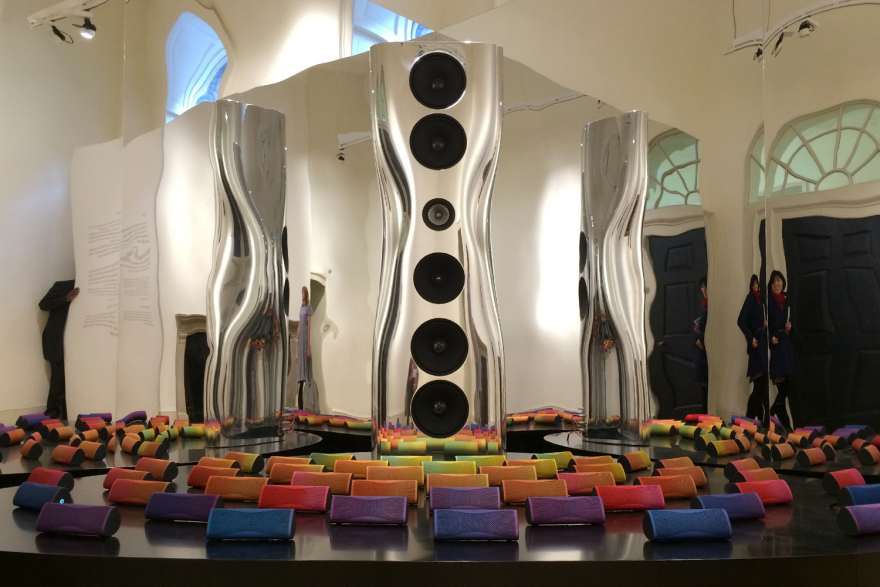 'MUO' by Ross Lovegrove for KEF.

Ross Lovegrove teamed up with KEF to develop 'MUO', a wireless speaker system which features a strong molded internal enclosure and external aluminum shell to eliminate unwanted cabinet vibration. The installation showed the exploration of small batch color variants for the aluminum casings. 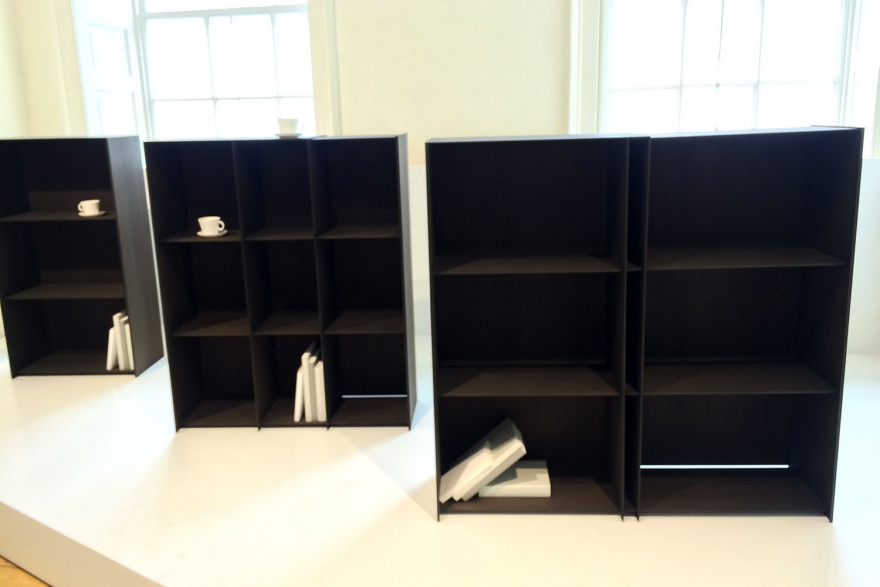 'Nest Shelf' by Japanese company Nendo had many visitors (including me) looking two or three times at the plaque explaining how it works. At first sight it simply was not visible that the three shelf units on display were actually all the same unit but set up in different states. A clever sandwiching of materials allows the shelf to be collapsed from 1300mm width to 650mm width according to different needs, without any of the mechanism immediately visible when collapsed. While the vertical sections are made from carbon fibre, the horizontal elements are an aramid fibre honeycomb and carbon fibre sandwich, and all elements are coated in a larch veneer. 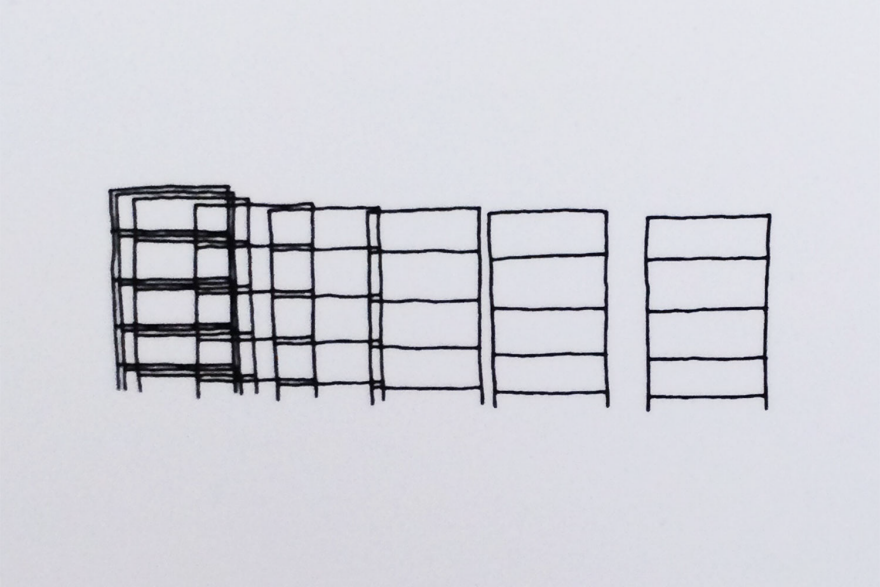 Sketch showing how a second shelf seemingly grows out of the base shelf. 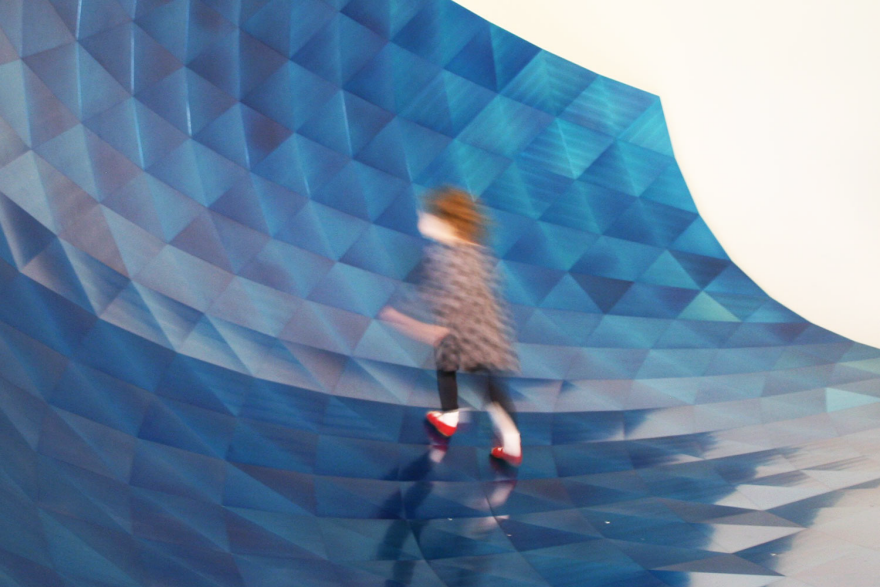 Young festival visitors enjoyed climbing and sliding on the installation by Neal feay.

The Santa Barbara-based inventors of the process for multi-colored anodizing are constantly looking for new uses for their material, so they set out to recreate their favorite surf wave outside of Santa Cruz for the festival. 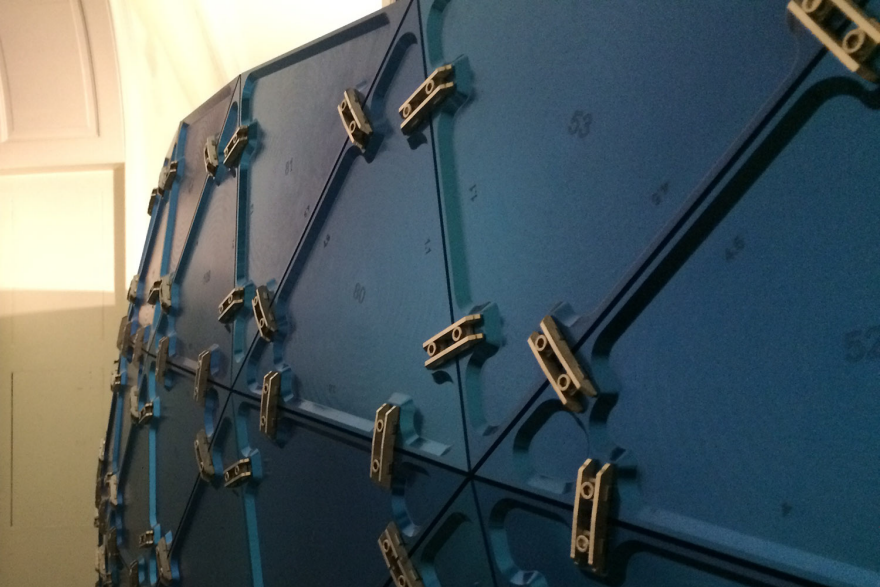 The modular structure made from 650 panels only took three weeks to develop, and was shipped to London in standard Fedex boxes.

Anki is an independent design consultant working in product innovation, design strategy and user experience. She balances her own projects with consulting jobs for small and international companies including CrowdShed, trivago and Vodafone. Her work has varied from designing a FAD award winning baby chair and 3D interfaces for social network applications to strategy consulting for startups.
Having earned her Diplom and Masters in Cologne, Sydney and Barcelona, she now splits her time between London and Cologne, and has made her suitcase an integral part of life.
On the hunt for inspiration, she writes about design and travel, and is currently investigating designs for small spaces while renovating her tiny West London flat. She loves everything collapsible and responsive.