With their range of gradations, Chameleon Pens may help you shrink your marker collection

As we saw here, industrial designers and ID students need to carry a lot of markers. But now Indiana-based Chameleon Art Products reckon you can reduce your collection and perhaps gain some desk space by going with their Chameleon Pens, single markers that can produce the gradations you'd normally achieve with a handful. 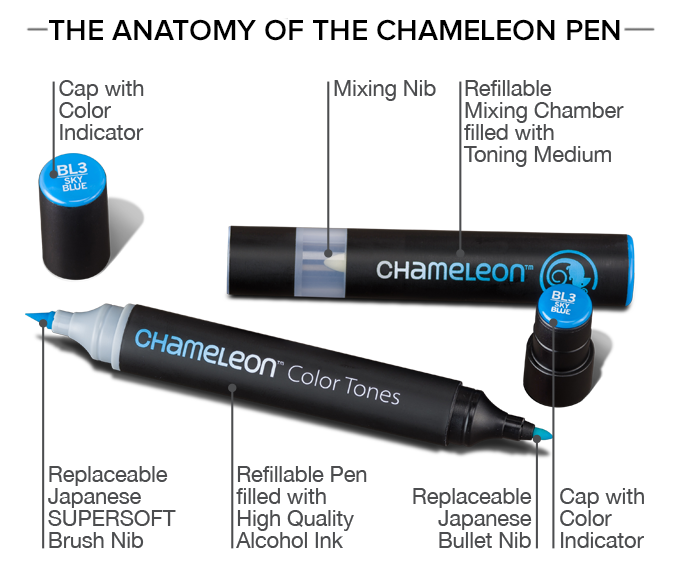 The dual-chambered, dual-tipped Chameleons pull this trick off through a combination of alcohol ink and toner, which react via opposing, specially-designed nibs. Have a look:

Expected to retail for six bucks each, they're going for $5 on Kickstarter—and slightly less if you buy more. Not only was this project funded within 48 hours of the campaign launch, but it appears a lot of folks are going all in on it: The $105 20-color sets are already all sold out.

At press time there were $29 days left to pledge, and the Chameleons will reportedly be in your hands by February 2016.