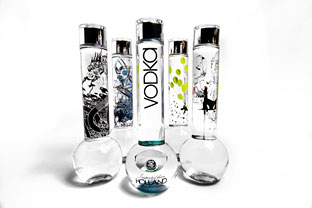 So you don't really need to read between the lines on this one (though Phallus Vodka must've gotten a few votes in the marketing meeting), but they're doing some pretty cool stuff over at spritofthebrand. Artists can design product artwork for limited editions that will be "integrated into the Bong Spirit brand" and distributed throughout the country. Get the bottle, box, and t-shirt templates at the site, then submit your own design. Or, of course, you could also put it in your pipe and smoke it.