While Airbus is figuring out how to stack folks double-height in Business Class, Boeing has been looking into ultralight metallic structures. HRL Laboratories, a research institute that does R&D for Boeing, has developed what they're calling "the world's lightest material." And despite it being 100 times lighter than Styrofoam, it's actually made out of metal. 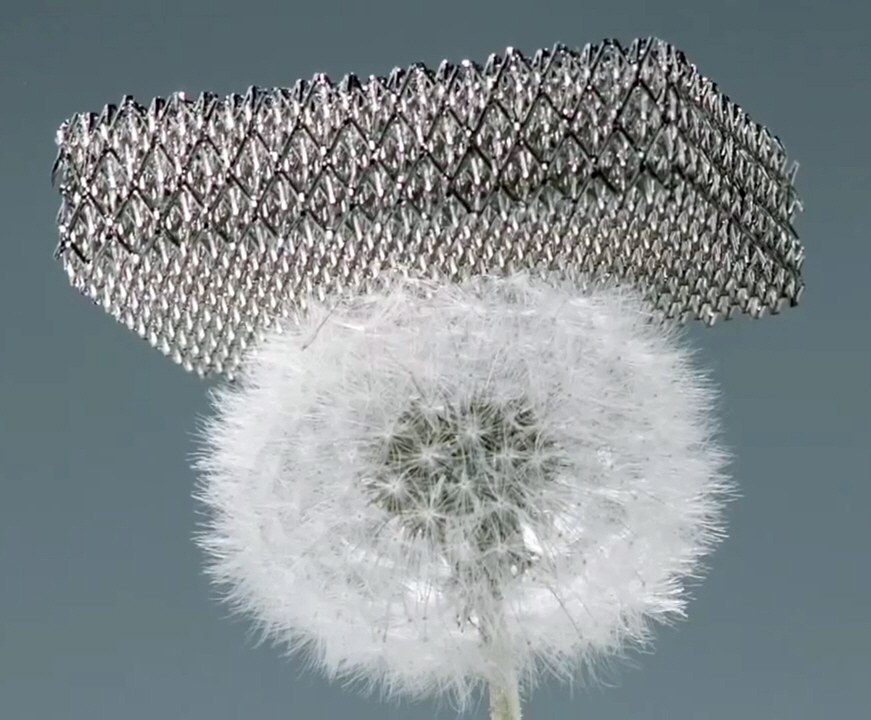 The researchers achieved this by creating "a lattice of interconnected hollow tubes with a wall thickness of 100 nanometers, 1,000 times thinner than a human hair," resulting in a piece of metal (nickel, at least in the prototypes) that is 99.99% air. Take a look:

Direct applications have not yet been settled on, but might include structural reinforcement, shock absorption or heat transfer. Also not clear is whether we'll see these "microlattices" pop up first in airplanes—or cars. HRL Laboratories also does R&D for General Motors.