Skybuds Wireless Earbuds Are a Clever Solution for Storage and Charging

Launched on Kickstarter, this smart and minimal product will make tangled wire messes a thing of the past

It's been a long road to arrive at truly wireless earphones, but a new crop of products entering the market are finally ditching that clumsy, behind-the-neck connective wire. Among these, Skybuds—the result of a collaboration between ECCO Design and Alpha Audiotronics—takes things a couple steps further than just delivering great sound, by incorporating the earphones into a storage and charging system aimed to "seamlessly fit into a user's existing behavior," as co-founder Jamie Robert Seltzer notes. 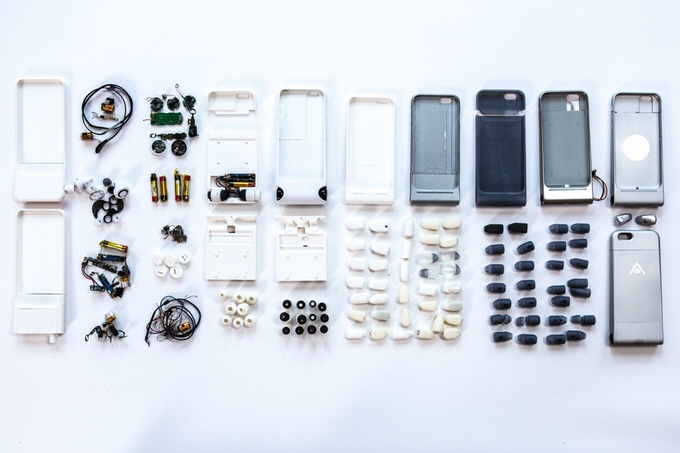 The evolution of Skybuds through many rounds of prototypes. 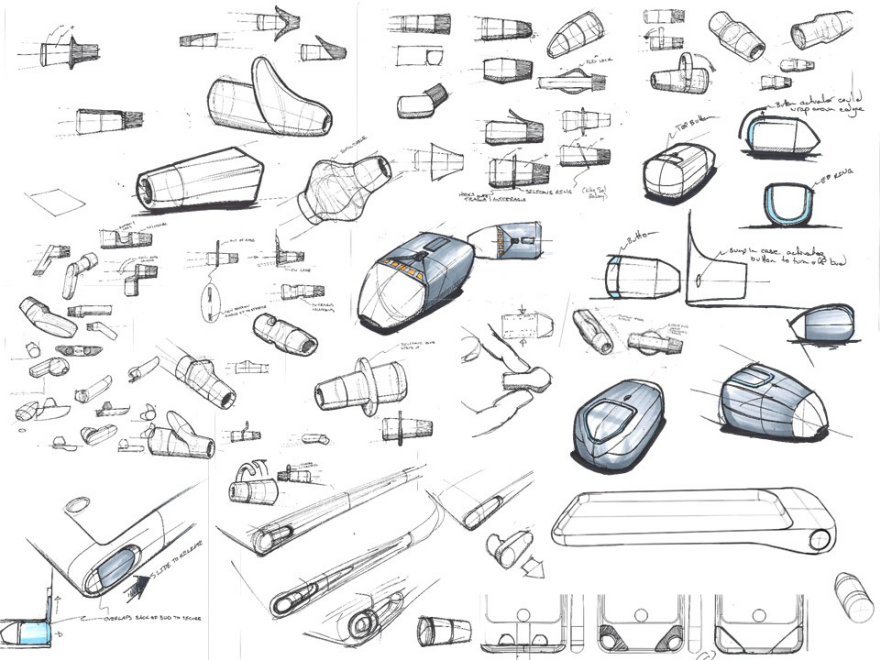 In order to create an earbud flexible enough to fit a majority of ear shapes, the team started the project with extensive analysis. They conducted hundreds of studies to map out different ear geometries, which they 3D modeled and used to explore possible ergonomic iterations for the Skybuds tip shape. 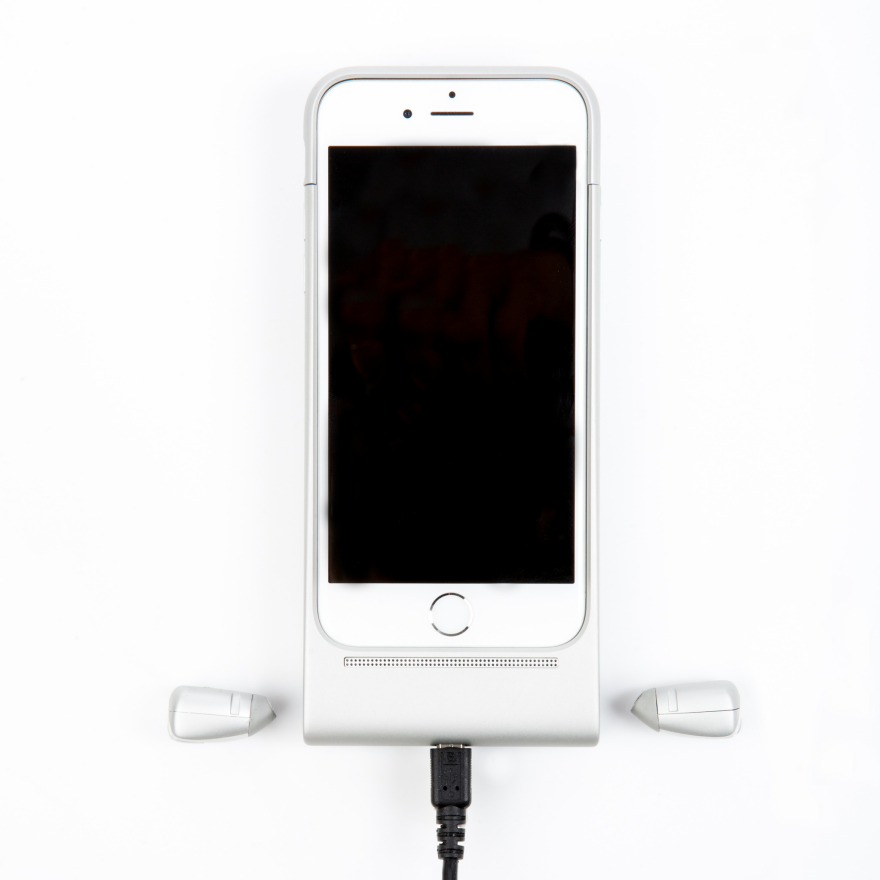 In its minimalist design, the Skybuds system combines four everyday products: wireless earbuds, a bluetooth headset, an extra battery for both your phone and the earbuds and a protective case for your phone. 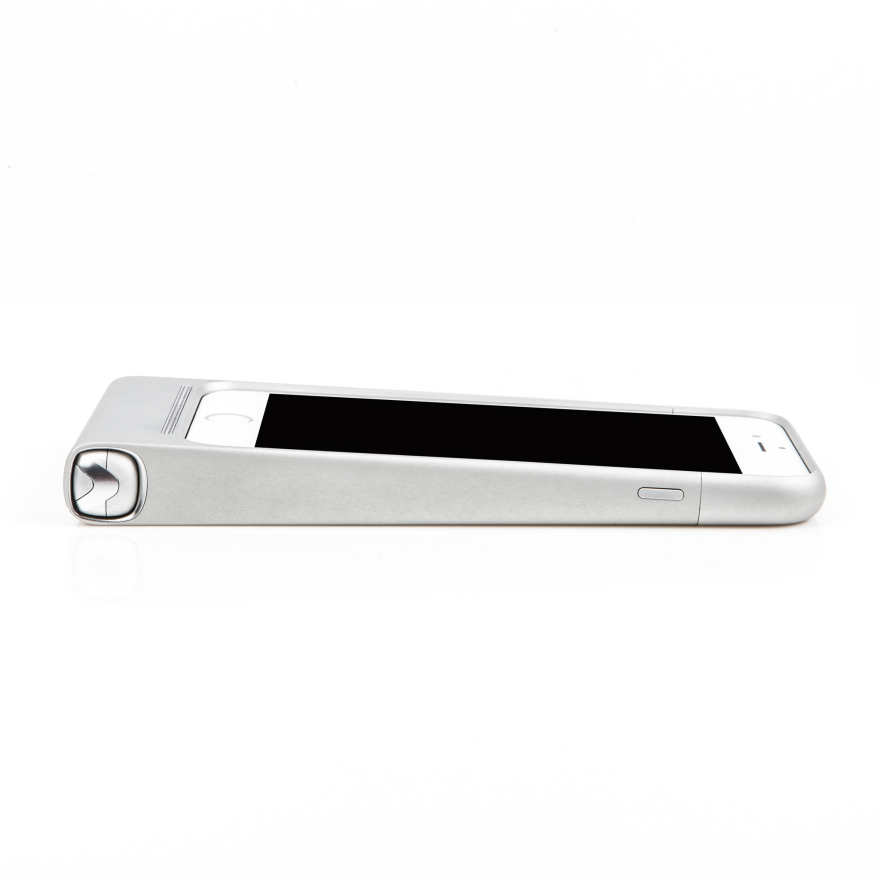 Skybuds live in the accompanying, patented phone case and can be removed from the bottom with a simple push, like clicking a pen. The buds begin charging as soon as they are securely docked and have a 3-4 hour battery life. The case itself has an embedded battery pack, so a welcome side effect of using this system is that your phone will be recharged throughout the day. Through dozens of iterations, the team pared down the sleek case so that it's not too bulky on the bottom to make room for the earbuds. The final design features a slight taper, allowing the case to lie flat and the screen to be fully visible in a resting position.

The focus throughout the entire design process was on minimizing bulk and hassle while creating a tool that addresses multiple modern-day needs. "The work of good design is to simplify complex issues so people can readily enjoy everyday experiences," explains ECCO Design President Eric Chan. "The most challenging aspect is to negotiate space between EE components, antenna design and performance and battery capacity, while getting the most comfortable and compelling form factor, all in a very small earbud." 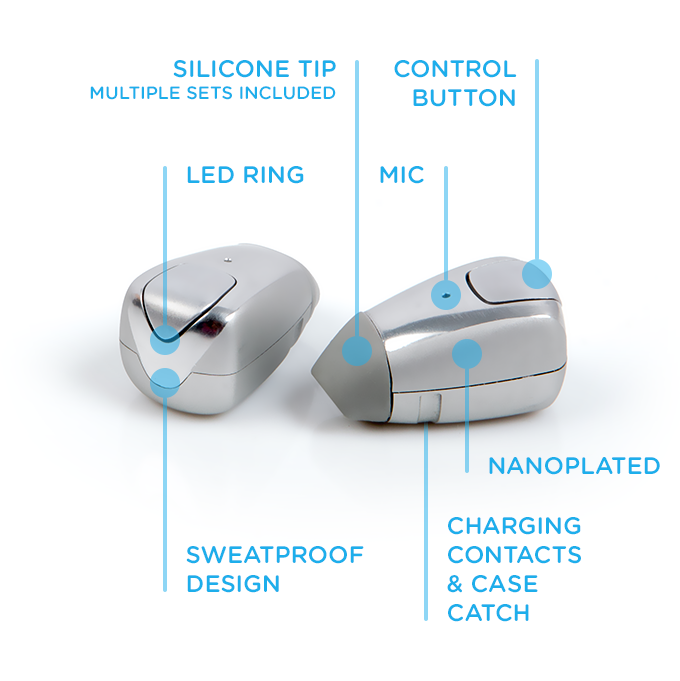 The earbuds include a set of useful functions:  Buttons on both buds let users play/pause music and also answer, ignore or hang-up phone calls.

The system uses a combination of wireless technologies but is really freed up by the use of Near Field Magnetic Induction (NFMI)—a technology previously only used in hearing aids—to send signals to both buds without needing to connect them through a wire. The benefits of magnetic induction are numerous—it is an efficient, low-power system that overcomes many of the drawbacks of radio frequency systems, like interference and security concerns. 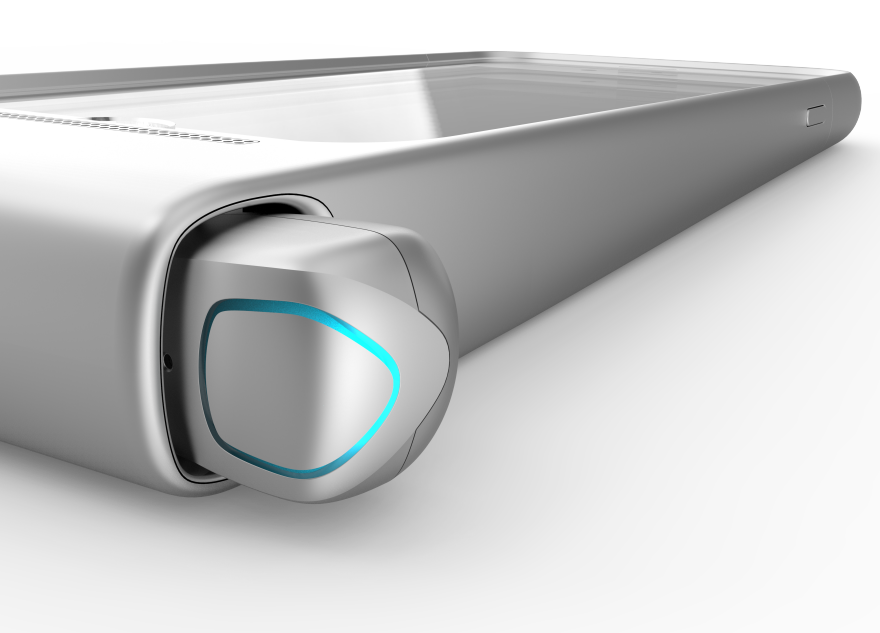 One of the frustrating aspects of wireless earphones is how easily they can be lost, but Skybuds has considered those of us who are prone to misplacing things. Though the case itself already helps prevent lost buds, they also created an app that contains a tracking feature—for those inopportune moments when you're searching for your earphones as you're running late to work.

Though some will be disappointed to know that (for now, at least) the case is only compatible with iPhone 6 and 6s, there is a lot of enthusiasm for this clever, compact product—just a little over a day into their Kickstarter campaign, the project is already almost half-way funded.

Skybuds Wireless Earbuds Are a Clever Solution for Storage and Charging