The Makerarm aims to provide CNC everything in a diminutive package

The prevailing form factor for consumer-level 3D printers and CNC mills is a box, dictated by the axial/gantry-style mechanisms of these machines. But entrepreneur Zaib Husain and engineer Azam Shahani were thinking outside of the box, literally, when they devised their Makerarm prototype. An articulated arm is cantilevered off of a column mounted to a worksurface; the arm has a 180-degree sweep, ten inches of Z-travel and a maximum reach of nearly 16 inches. 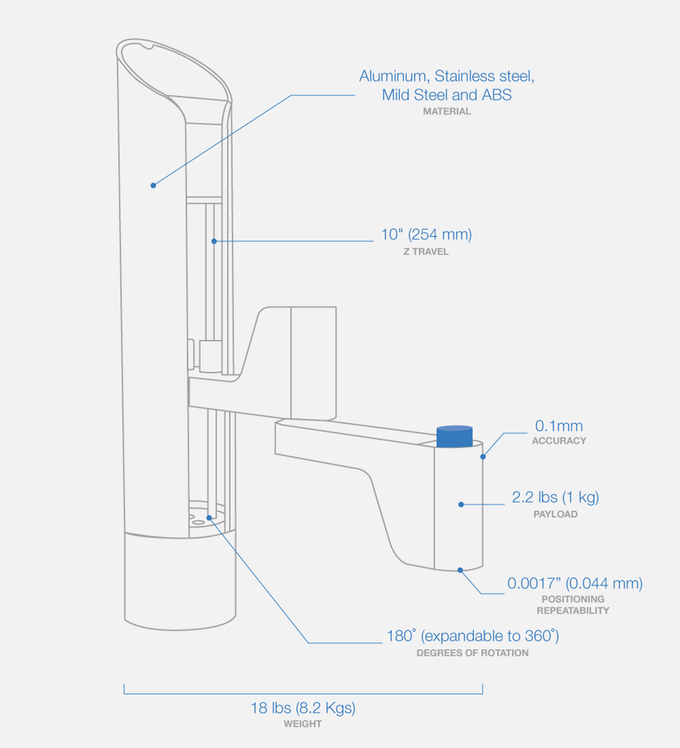 So what does this arm do? Well, everything. The creators have designed a series of interchangeable tool heads that can hold an almost absurd variety of: Cutting heads for milling and engraving, nozzles for 3D printing either FDM-style or resin-based, a laser cutter, a soldering iron, a pen plotter, and even a series of pick-and-place tools like a claw gripper, an electromagnet and a suction cup. Check out its range of operations:

I found the auto-leveling feature shown in the video the most fascinating, where the head tracks the slanted surface of the workpiece. The sensors that must be contained within to perform such a feat make me wonder if the arm can also automatically index off the corner of the workpiece. Holddown--not to mention bolting the arm's base to your worksurface--is presumably still the user's domain.

Unsurprisingly, the $999 early bird special is already sold out on Kickstarter. That was for just the Makerarm and a single head pack including the electromagnet and pen plotter. The fully-loaded version that ships with all of the heads (see below) is going for $2,199. 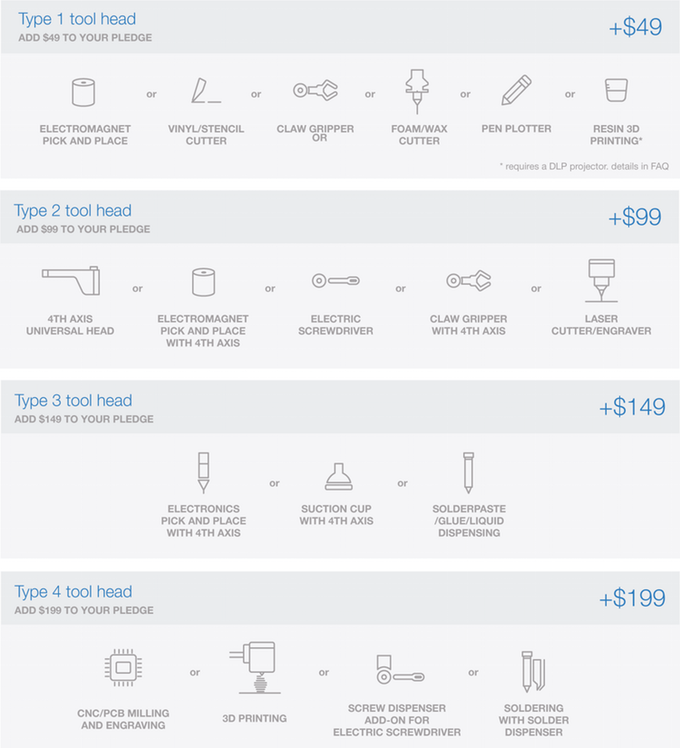 Though they've still got a long way to go, it seems certain the project will be funded. Though the campaign is only in their first few days, they've already raised $145,653 of a $349,750 goal, and there are still 28 days left to pledge. And assuming they do make it, they're planning on shipping by October 2016.