Through storytelling at NASA's JPL, what was once just a robot-centered mission design process is now also human-centered.

Get tickets to see Jessie Kawata at the 2015 Core77 Conference this Friday in Los Angeles.

Is design thinking rocket science? At NASA's Jet Propulsion Laboratory it is.

The intersection of art and space science is nothing new. From ancient cave paintings of the moon to the Mayan calendar, art has brought the mystery of the stars back down to Earth for thousands of years. However at the dawn of a new space age, the discipline of design has the power to boost humanity back up and contribute to the invention of space missions themselves.

The Jet Propulsion Laboratory, NASA's lead robotic center of solar system exploration, is a metropolis of astrophysicists, astronomers, climate scientists and planetary geologists—to name a few—not to mention the most brilliant aerospace engineers on Earth. One of the newest areas of interest in this city is The Studio, the first in-house art and design consultancy that NASA has ever had.

As a Creative Strategist and Product Designer in The Studio at JPL, my role is to stare into the mechanisms of space exploration and determine creative ways for design to help the advancement of the understanding of our universe. 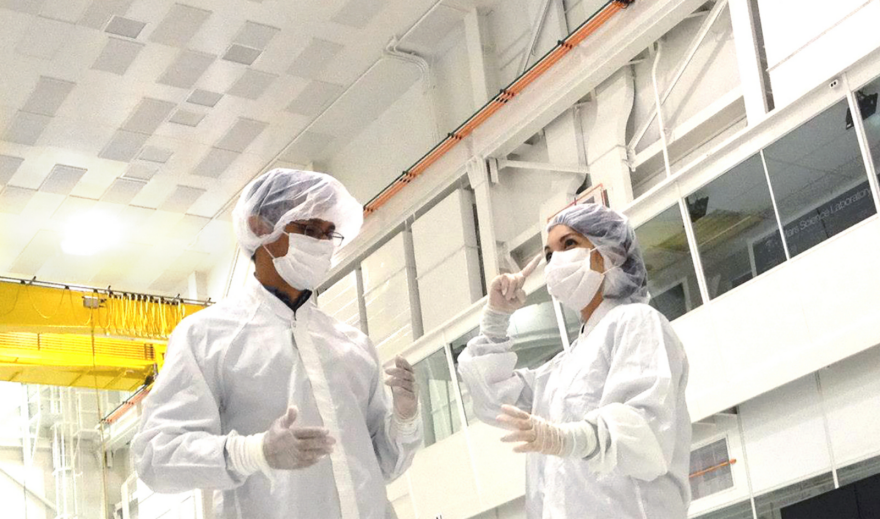 THE STUDIO OF SPACE EXPLORATION

In 2011 I was lucky enough to be recruited as one of the few design earthlings at JPL. We used to work out of an old gyroscope laboratory on top of "Cardiac Hill," aka the hill no one wants to climb unless you want an extreme cardio workout. This little lab was filled with foggy storm simulations of Jupiter and visions of growing an art and design team.

My team has grown to about six designers and artists since our days on Cardiac Hill. We collaborate with scientists and engineers to translate complex scientific concepts into compelling and easy-to-understand ideas. So far, we've used multiple artistic mediums such as illustration, environmental design, sculpture, exhibits, film and interactive installations like our dynamic sculpture of a comet for the 2015 World Science Festival. 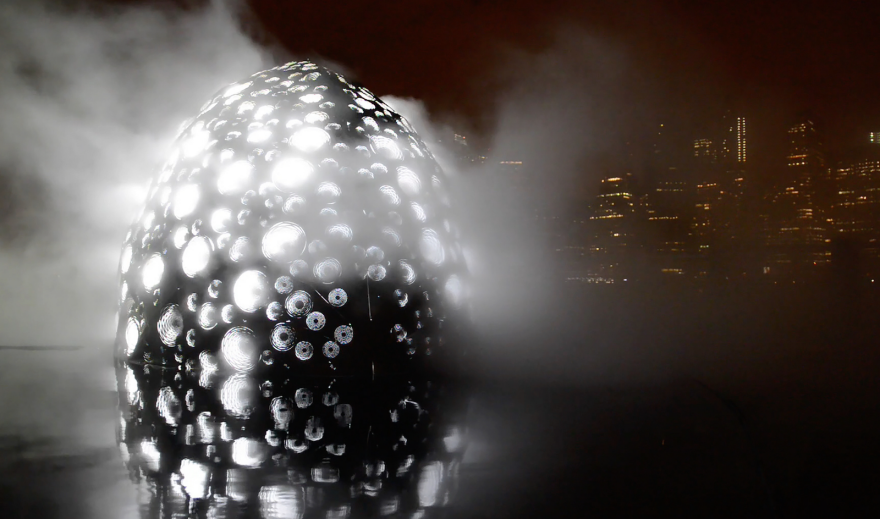 Scuplture of a comet for the 2015 World Science Festival

Many of the projects I've worked on brought meaning to missions after launch and helped the public understand space science in awe-inspiring ways. However, I still had a huge curiosity for the design and development process of our spacecraft before launch. At JPL, the spacecraft are our products and the engineers are the designers. Since our core products are not designed for humans, I went on a hunt to find the area of the JPL lifecycle where design thinking and human-centered design had the potential for highest value: where mission ideas are born.

At JPL, the word "extraordinary" is ordinary. People talk casually about new exoplanets in cafeteria lines as if it were new burgers on the menu. Coffee chit-chat about flying to Jupiter or the discovery of a new supernova is routine. It is a city of futurists with a culture rich with heritage from the dawn of the space age in the late 1950s.

At JPL, the spacecraft are our products and the engineers are the designers.

One area in this city that still has yet to be understood is design as a strategic application to help the advancement of innovation in exploring our cosmos. The difference between the value of art and the value of design are blurred. Since the art field is not yet integral to NASA, neither is design. Product design is not even in the picture yet.

Designers can always make things that are more visually-appealing than engineers, though the depth of value to the strategic processes of design in the space exploration industry still remain at the surface. A few years ago I started asking myself, "What if product design can become integral to JPL's infrastructure and be valued for its functional strength and less for its aesthetic form?" I knew I had to figure out how to infuse a new layer of culture from the ground up. My process-oriented approach to design led me to the very beginning of a mission design concept, an area at JPL called The Innovation Foundry. 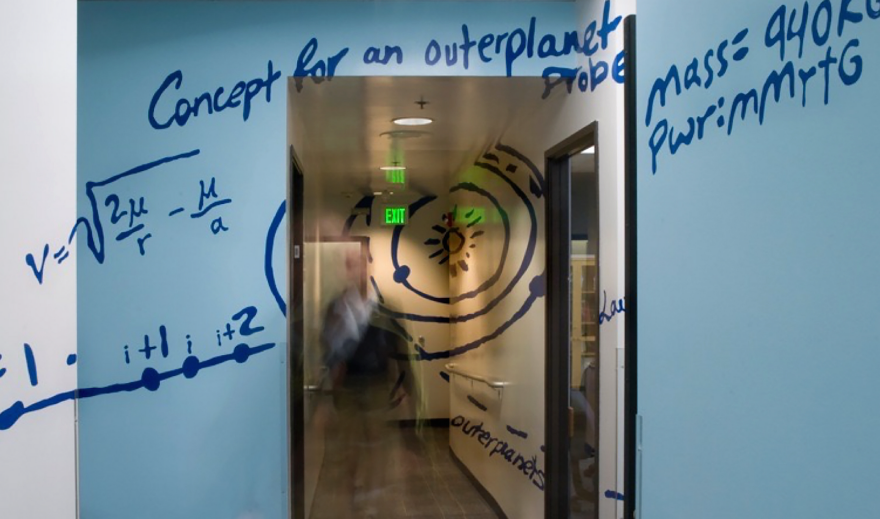 Hallway of the Innovation Foundry

WHERE SPACE MISSIONS ARE BORN

The Innovation Foundry is the hub for mission formulation. Within the Foundry family is the A-Team—a group of engineers responsible for creating the tools to facilitate and brainstorm new mission concept systems. The A-Team works out a colorful room called Left Field with wall-to-wall whiteboards and sticky notes, where they facilitate rapid brainstorming workshops with an interdisciplinary group of scientists and engineers. Within the space mission lifecycle, NASA JPL calls this area of mission maturity as the "napkin sketch" level. 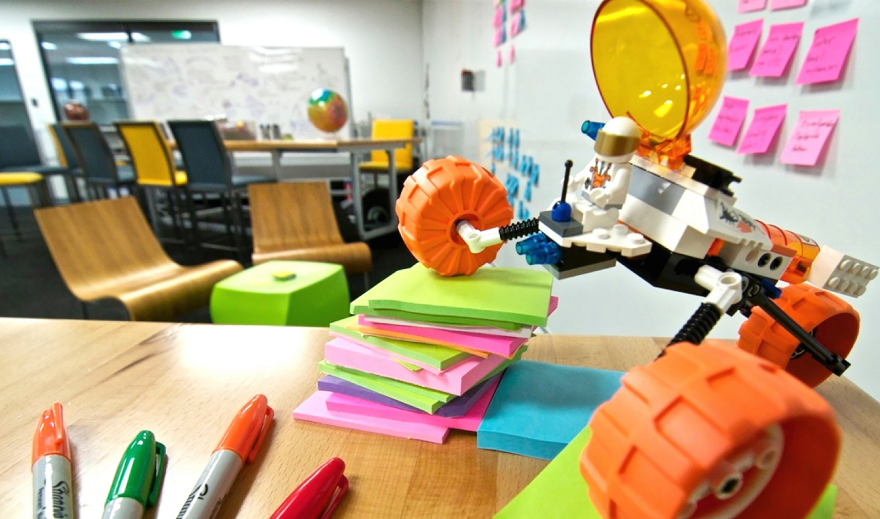 Left Field, a room that the A-Team of the Innovation Foundry works from.

The potential for the integration of design thinking came when I realized that the methods of early mission formulation already incorporated elements of the product design process such as market research and iterative prototyping, but from an engineering and scientific point-of-view. After a summer of proving the value of design thinking, I was invited to become the very first creative designer to be on any NASA core mission formulation team.

All the engineers and scientists clearly see the need to incorporate better visuals to communicate their ideas. Receiving support on the articulation of their mission concept through the method of rapid visualization techniques boosts their productivity. On the other hand, low-fidelity mock-ups also help the process of mission design by allowing faster iteration on the configuration of a spacecraft. 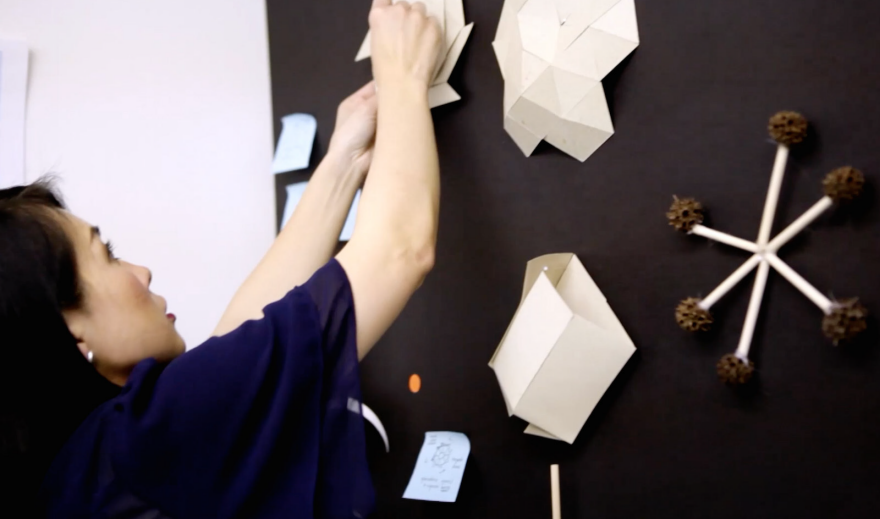 After helping dozens of mission teams iterate their concepts, I realized the core of this communication gap: the lack of storytelling. If engineers and scientists became great storytellers at an early stage, these great stories would progress through the mission lifecycle and be even more compelling when it reaches the public. Given this discovery, I started a storytelling initiative in the Innovation Foundry where people learned the skills and eventually understood the value of considering the needs of their audiences, whether it be the public, a politician, or a peer. What was once just a robot-centered mission design process is now also human-centered.

The Future and Beyond

The engineering and design thinking process are actually quite similar. You identify a need and solve a problem through a series of researching, prototyping, and testing. Designers can bring a new perspective or lens to the NASA process. Not just contributing to form and aesthetics, but to the infrastructure and function of space exploration as well. Design thinking has the ability to not only help NASA think through their thinking, but contribute to the understanding of what it means to be human in this universe.