The 5 Most Expensive Vintage Cars Sold at an Auction

Myriad criteria are used to define a classic or vintage car: from its year and make, to which years it served as a racecar and who drove it. The single greatest factor seems to be the price a classic trades for and what degree of preservation and restoration it enjoys. Here are the five vintage cars that have traded for the highest prices ever at auction. 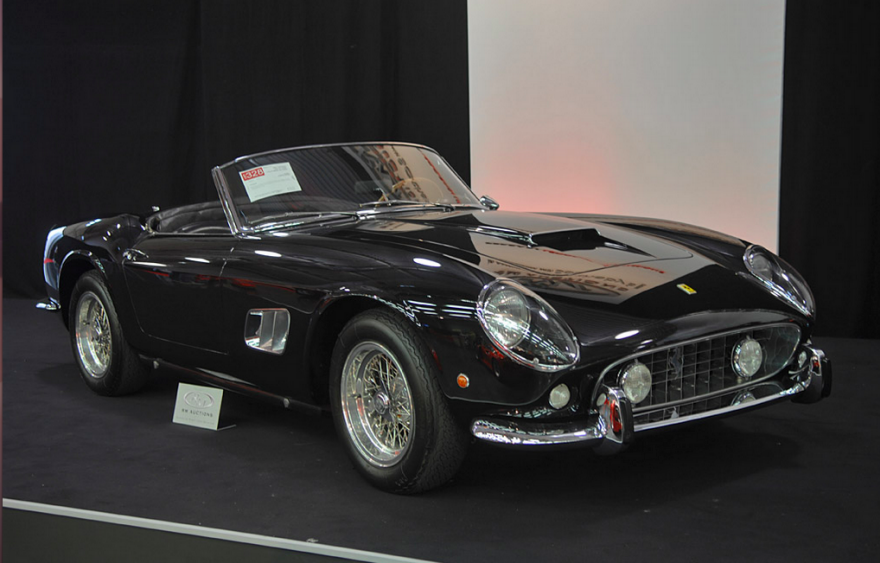 Six months ago, this 1961 Spider quickly sold and claimed all-time 5th place status. The black Spider was at various times owned by a number of actors, including Frenchmen Gerard Blain and Alain Delon of Airport '77 fame — Blain sold the car to Delon. Jane Fonda also owned this Spider, and there's a famous mid-1960s photo taken of her with it. This particular Spider was also rediscovered after languishing in nigh-obscurity as it had previously been thought lost or destroyed. 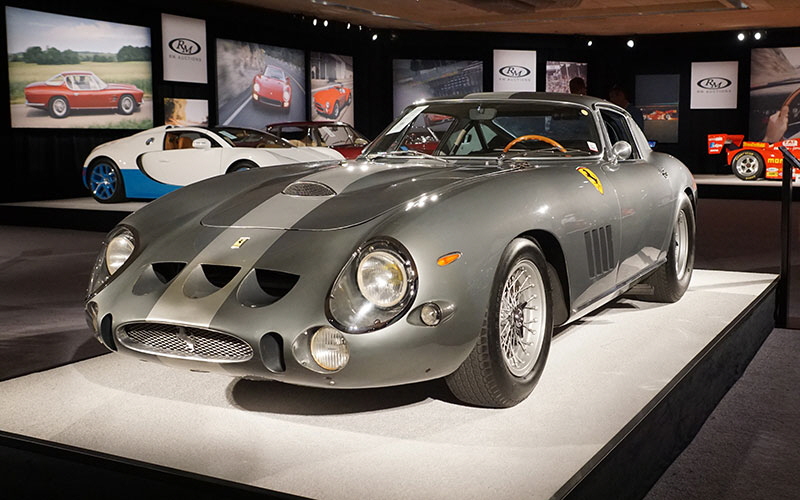 A year ago this last August in Pebble Beach, a fortunate bidder claimed this duotone grey, six-Weber-carburetor, 320-horsepower-enabled Speciale. The car was built by hand and has a transaxle gearbox. The best part: this Speciale is one of three, and the other two are as likely to leave their owners' climate-controlled garages as pigs who adapt to breathing water. 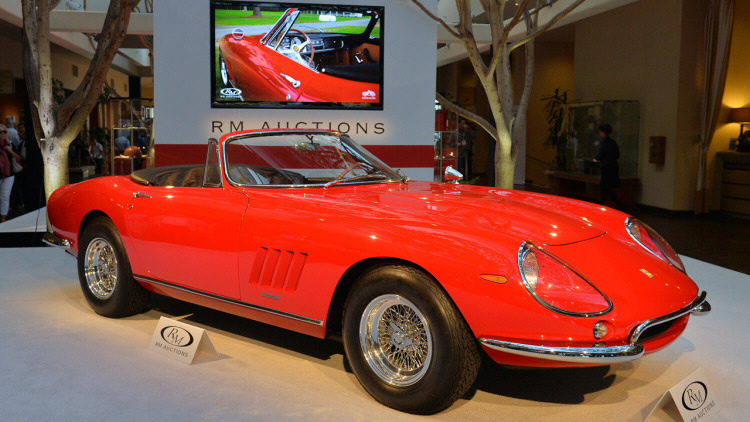 NART stands for North American Racing Team. Enzo Ferrari built the NART Spiders, either way. Only ten were made, and they all had a wishbone independent suspension atop their five-speed. This particular Spider was notable because it was initially a charitable gift. This Spider was exhaustively restored and has a quad-cam engine. 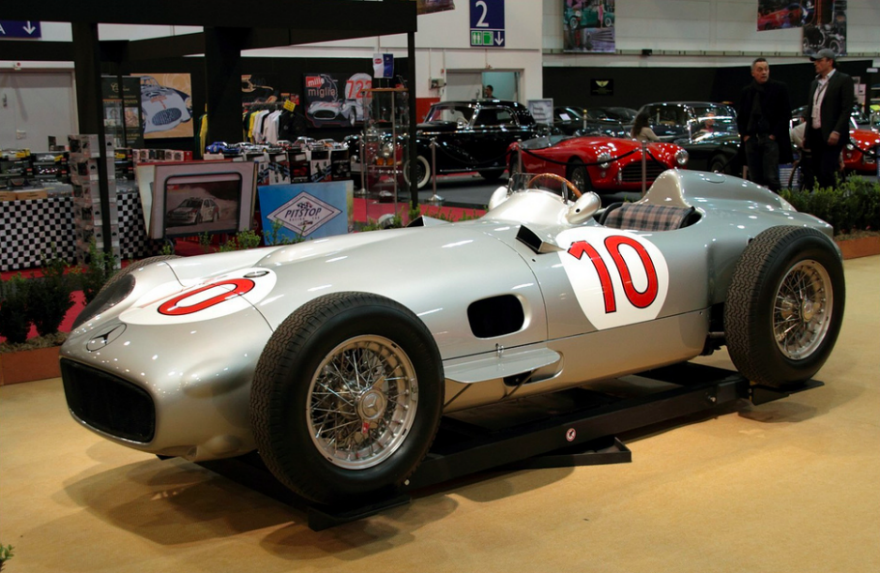 In second place for dollar command is this 1954 Silver Arrow. This exact model was driven by Juan Manuel Fangio, a mechanic by trade and an iconic Grand Prix champion who was regarded with utmost respect within the field. Furthermore, only thirteen other Silver Arrows exist beyond this one. Mercedes-Benz still has possession of six and several more are in museums and with their respective owners.

The Silver Arrow's mechanics included technology that was quite ahead of its time. The car has a desmodromic valve actuation. This means that in lieu of a four-stroke engine that cycles air and fuel at the beginning of a cycle, and expels exhaust gases at the end, there are two dedicated actuators for closing and opening, sans reliance on a spring. The Silver Arrow's motor was calibrated by fuel injection. 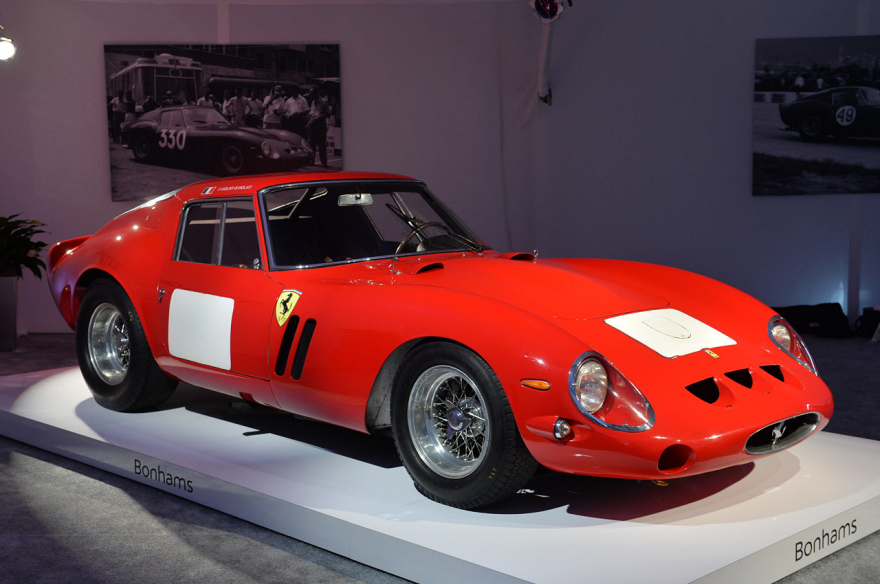 The single most expensive car that sold at auction is a 1962 Ferrari 250 GTO for just over 38 million dollars. When it happened, it was the first 250 GTO to be auctioned after years of exclusive ownership—its previous sale was a private one. Interestingly, the sale also occurred on the anniversary date of the death of Enzo Ferrari, the car's designer and constructor.

Yet why is a GTO model the most expensive car ever? The answer is a simple one. A GTO almost never comes up for auction, because if one becomes available for sale, it's never for lack of a buyer. The GTO, which stands for Gran Turismo Omologato, is also rated one of the greatest Ferraris of all time. The Berlinetta was also one of, if not the first, cars to have disc brakes.

Vintage cars are much the focus of vanity—what one can afford, and what one can flaunt, much like a trophy wife on a multimillionaire's arm. Most of these expensively traded vehicles are gawked at from a comfortable distance under guarded watch at auto museums—only wealthy prospects are afforded the time to test drive, let alone own them. Famous owners of expensive vintage autos include Pink Floyd drummer Nick Mason, fashion icon Ralph Lauren, and some former Microsoft higher-ups like former chief software designer Gregory Whitten and former president Jon Shirley.

Thus we end the list at a grand total of a little over 140 million dollars for only 5 cars. It's worth mentioning that some of these prices will be even higher due to post-sale deals. What is your favorite pick from the list? Did we miss anything?

The 5 Most Expensive Vintage Cars Sold at an Auction

Matthew Young is an automotive reporter from Boston. As a freelance journalist with a passion for vehicles Matthew writes about everything on 4 wheels, be it racecars, SUVs, vintage cars, you name it. When he is not at his desk writing he can be usually found helping his dad in the garage. You can reach Matthew @mattbeardyoung.