A Design Classic, Now in 3D

Yves Béhar teams up with Movado to reinvent its 1947 Museum Dial watch.

The Swiss watchmaker Movado is probably best known for its Museum Dial watch, with a radically simple face designed by Nathan George Horwitt in 1947. Even if you know nothing about watches, you would recognize this one; inspired by a sundial, it has no numbers or tick marks, only a solitary polished-gold dot at the 12 o'clock position. 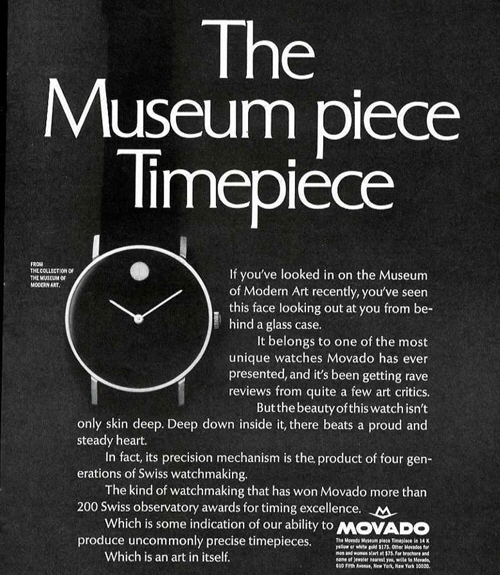 An early Movado ad for the Museum Dial watch. Image from A Blog to Watch.

(Unfortunately, Horwitt himself struggled to get proper credit and compensation for the design—an interesting account of the Museum Dial's somewhat checkered history can be found here.)

The Museum Dial is such an established icon that creating an updated version that does justice to the original while introducing new substance seems almost impossible. But Yves Béhar and his team at fuseproject gave it a go anyway, working with Movado to create the new Edge collection, which launched earlier this month.

"It is quite a challenge to make a watch that says something, that stands for something, in a field that is driven by two-dimensional graphics and mostly repetitive brand expressions," Béhar told us. "We wanted to keep the same sense of minimalism, but with a fresh approach—hence focusing on the three-dimensionalizing of the watch dial." 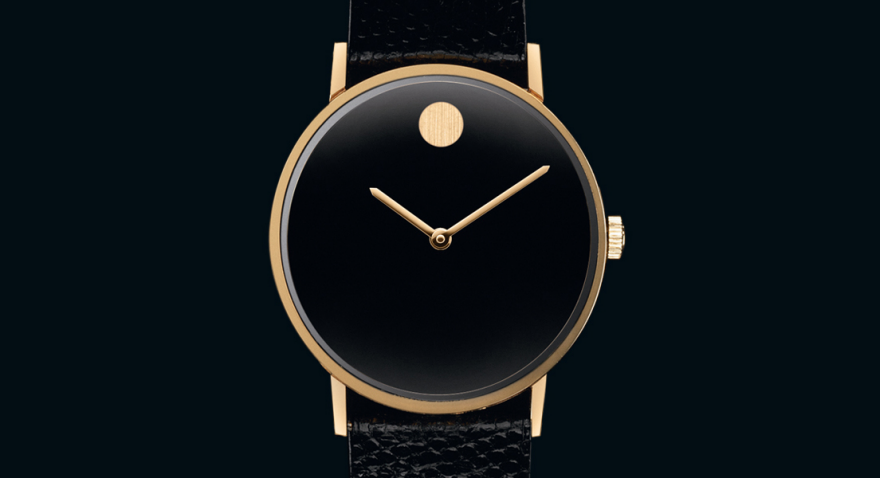 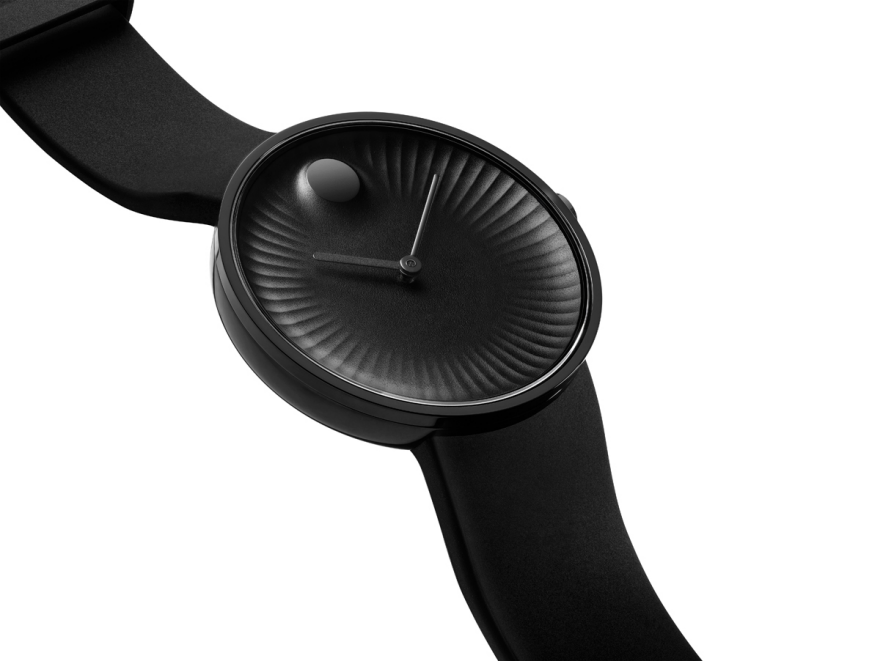 The Movado Edge in black

That "three-dimensionalizing" takes place via a series of 60 sculpted ridges running around the circumference of the anodized-aluminum face. In a nod to Horwitt's original inspiration, the ridges are supposed to symbolize the sun's rays—with the added benefit of marking the minutes. "Once we landed on this specific idea of using reliefs to animate natural light inside the dial, we were able to refine and prototype until we got to the final design," Béhar says. 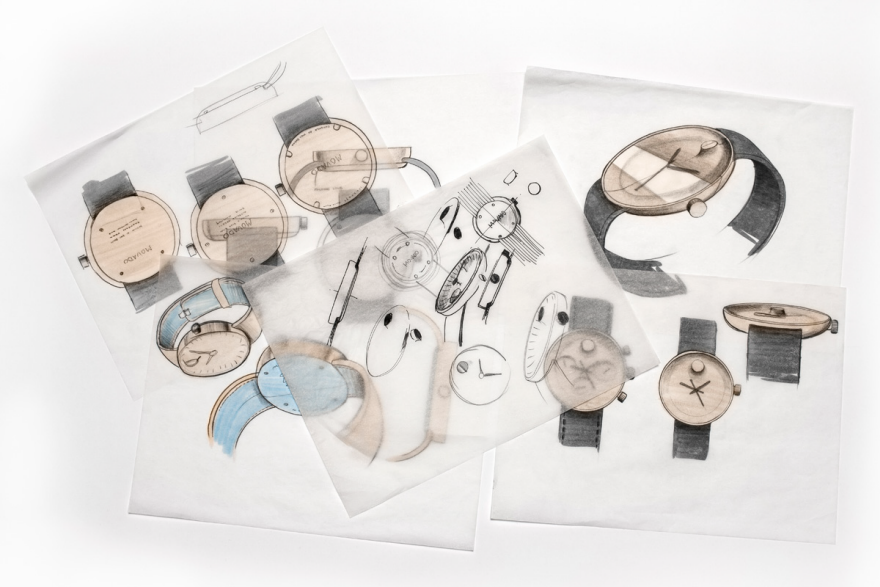 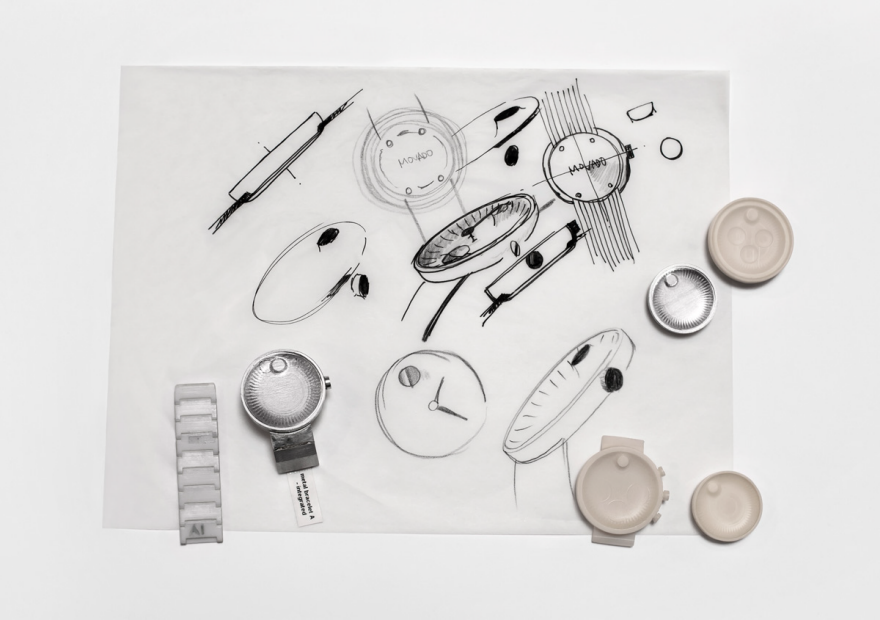 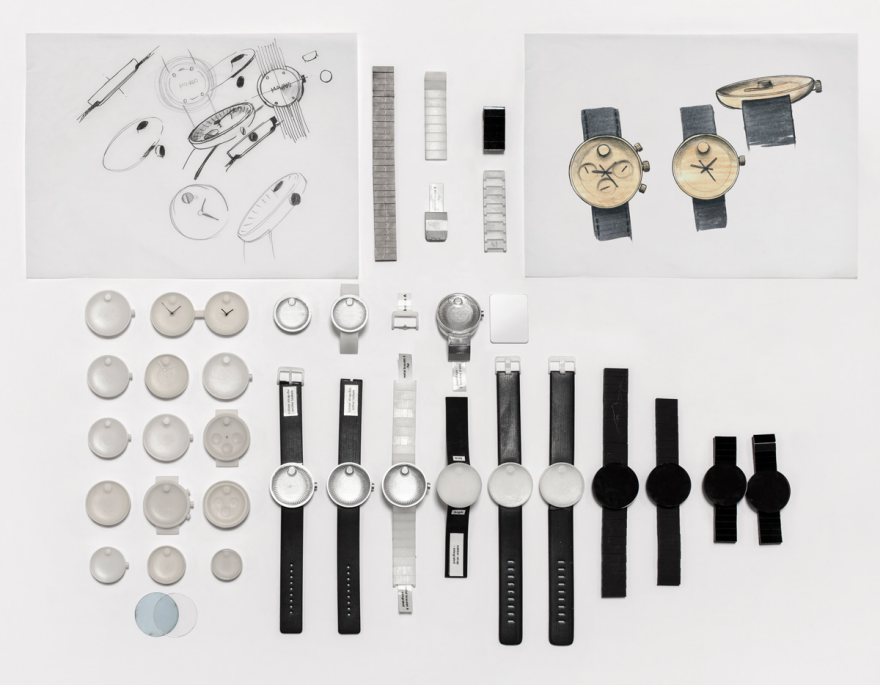 Even more sketches and prototypes

Fuseproject's other significant change was to the dot itself. Where the original Museum Dial had a flat dot, the Edge features a raised version dubbed the "volcano dot." At 2.5 millimeters in height, it is tall enough to cast a slight shadow, paying further homage to the sundial idea.

Although these interventions may seem relatively straightforward, they required significant engineering work by the Movado team. "We had to re-engineer the movement to raise the watches' hands, so they clear the height of the museum dot-volcano shape," Béhar says. This also required a slightly thicker watch case. 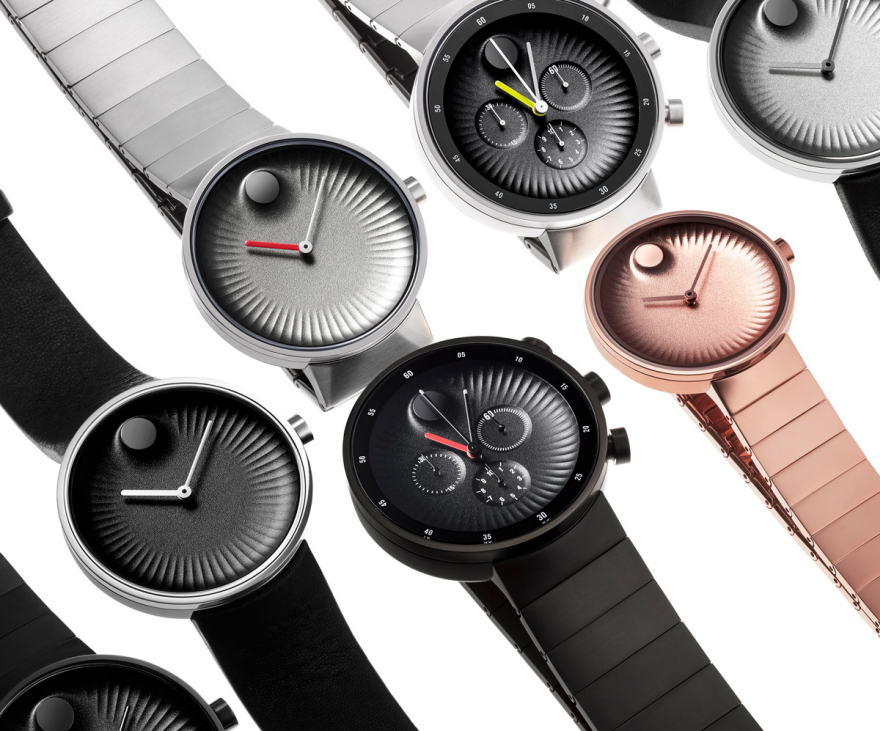 Understandably, Movado itself was not willing to divulge many additional details about the watch's manufacturing, except to say that a "texture sheen" was added to the dial to catch the light. Consumers can choose from several colors and finishes for the face and even the watch hands themselves—and there are also versions with three timing subdials, for a much more technical take on Horwitt's elegant minimalism.

Having succeeded in updating the Museum Dial, you might think that Béhar would be done with this particular challenge—but he promises that this won't be the last watch we'll see out of the Movado collaboration. "In the world of watches," the designer says, "there is always more that can be done to take things to the next level, to change the way we experience time, and to create moments of surprise and magic." We'll stay tuned.

A Design Classic, Now in 3D