The Czur has a more intelligent form factor, an easier UI, faster operation and makes better use of current technology

This is one of my most prized possessions, a first-print edition of Burton Stevenson's The Home Book of Proverbs, Maxims and Familiar Phrases from 1948. 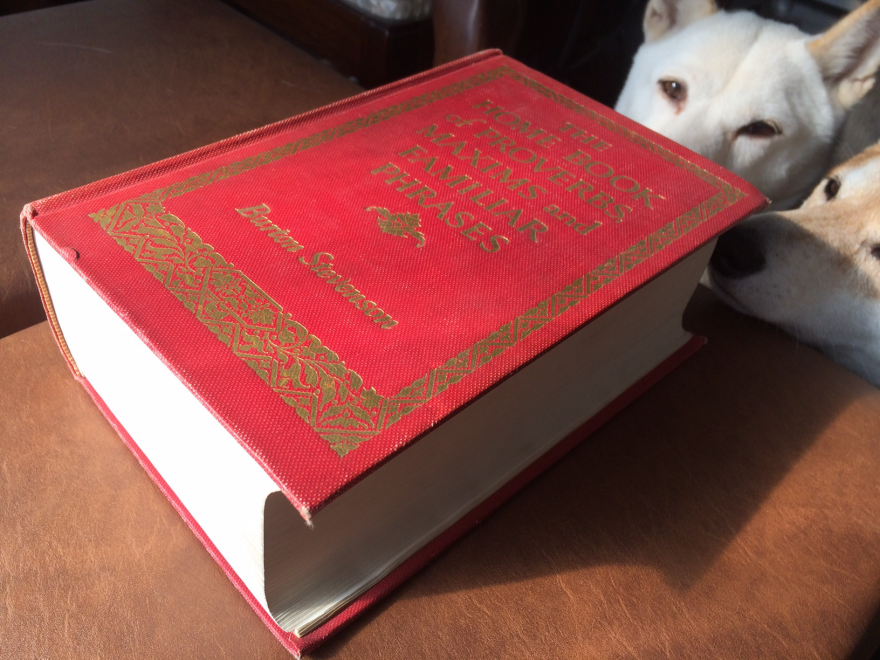 (Please ignore the dogs, they like the smell of old books and I couldn't shoo them out of the photo.)

The book is filled with nothing but short snippets, making it the perfect thing to flip through while you're waiting in line, on the subway or at the airport. But at nearly 3,000 pages it's too unwieldy to carry around and certainly too delicate to throw into a backpack.

Several years ago I looked into having the book digitized and put into my smartphone, but none of the book-scanning options I could find were good. One service told me they could only do it by destroying the book in the process, ripping the pages out of the spine to scan it flat; another service featured an absurdly huge machine with two glass platens to keep the pages flat, two overhead cameras set at angles and a special lighting set-up—and the price they quoted me was attendantly horrific.

Now it's just a few years later and those big machines are about to become obsolete. The pages of scanned books needn't be held flat any longer, as software can correct for irregular geometry, OCR software is getting better and tiny, cheap, powerful cameras are becoming ubiquitous. It's just a matter of time before something like the Czur, billed as "The world's first true smart scanner," becomes the standard. Look at how it works, how easy the UI is and how it can be used for more than just books:

I do wish the video demonstration didn't feature a short story (Faulkner's "That Evening Sun") that prominently features the N-word twice on the same page. But developer Kang Zhou hails from Shenzhen, so English not being his first language, I guess we've gotta give the guy a pass.

(By the bye, sharp-eyed readers: If you freeze-frame on the story snippet, there's a telltale sign that they're actually scanning a pirated version of the short story. Can you spot the giveaway?)

The Czur is currently taking pre-orders on Indiegogo (it's already been nearly 800% funded) for $199, and that price includes a foot pedal not shown in the video. It's expected to retail for $399 and will ship in January. I'm tempted to order one so I can finally scan the Stevenson tome, but I know that the second I do, someone will finally release a digital version of it.