The “picky people” at Brooklyn's CW&T go back to the drawing board. 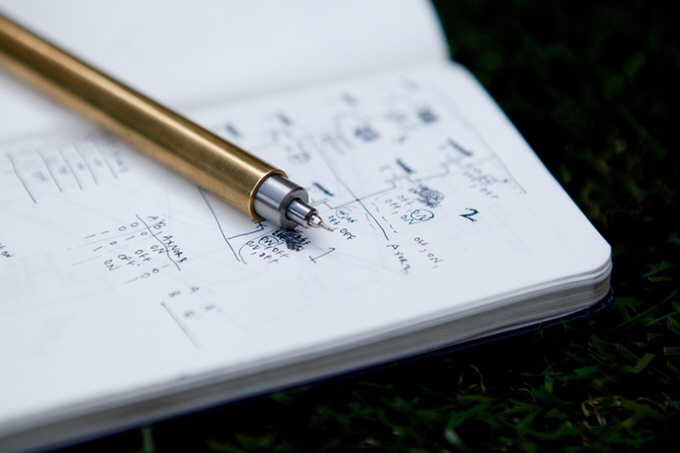 In 2012, Brooklyn's CW&T raised more than $280,000 on Kickstarter for Pen Type-A, a stainless-steel upgrade to the Pilot Hi-Tec-C, a plastic gel pen with a cult following among writers, designers and other pen connoisseurs. But almost as soon as CW&T shipped its last Kickstarter reward, its founders had a realization—they needed to make another version. 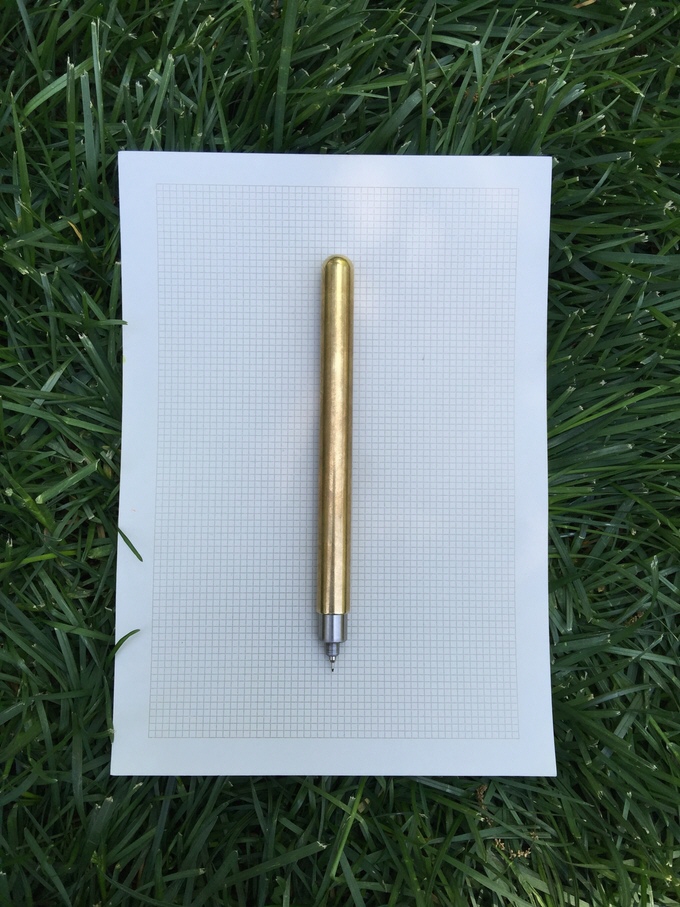 "We designed the pen and we were super happy with it, but we realized that it's not something that we can take everywhere with us," says Che-Wei Wang, who founded CW&T with Taylor Levy. "I literally took a Pen Type-A and ground its edges off so that it could go in my pocket. And that was silly."

So the duo set about designing a new version—Pen Type-B—that could fit comfortably in your pocket, thanks to its newly rounded form. But the new iteration is not only more portable. "There's a big difference in all of the parts," Levy says. "We've tweaked tiny little things about it to make the pen itself work a lot better." Indeed, Wang and Taylor spent four years refining their design, testing numerous materials (titanium, aluminum, steel, brass) and finishes (glass bead blast, polish, black oxide), and sending drawings back and forth with the multi-generation machine shop in Vermont where they fabricated the first pen.

Like its predecessor, Pen Type-B is precision machined from solid metal for ultra-high tolerances that create a piston-like effect between the body of the pen and its sleeve. But the latest edition also introduces a magnetic closure, which posed a host of manufacturing challenges. While Pen Type-A was milled and turned from a block of 304 stainless steel, Type-B uses three types of stainless steel of varying ferritic properties to achieve that closure. The tip is 400-series stainless (magnetic), the cylinder is made out of 300-series stainless (non-magnetic) and the dime screw at the end (for replacing the ink cartridge) is cold-worked stainless (slightly magnetic, but just the right amount). "We're just trying to balance magnetism on both ends so that it feels right," Wang says.

Finding the perfect magnet to embed in the brass sleeve of the pen also proved tricky. The team initially started with rare-earth machineable magnets, which—despite their name—proved exceedingly difficult to machine. One day when browsing K&J Magnetics for another project, however, Levy stumbled upon a doughnut-shaped magnet with an interior chamfer that could perfectly hug the ferrous tip of the pen. "It was literally the perfect magnet," she says.

The brass sleeve is made from two parts, the barrel and the end cap. These pieces are joined together through supercooling the end cap, and allowing it to shrink enough to be slip-fit into the barrel; then the cap expands so that it's permanently fixed and the seam between the two parts disappears. Machined using a massive gun drill, the barrel has super tight straightness tolerances and a mirrored interior finish on the sleeve. A rubber piece on the interior protects the tip of the pen behind the doughnut-shaped magnet. In addition, a flat edge was added to the sleeve to prevent the pen from rolling—off your desk and far, far away. The sleeve is left uncoated to allow for a gradual patina to build over time.

In addition to the doughnut magnet, another prefabricated piece is the ink cartridge itself. As with Pen Type-A, Type-B uses a black gel .3mm Hi-Tec-C ink cartridge manufactured in Japan. "They really are the best," Levy says. "But they can be a bit finicky sometimes and hard to work with." Levy and Wang made small adjustments to the tip's outer and inner openings to help improve ink flow, adding a radial pattern of tiny holes near the pen cylinder tip. Those perforations create airflow into the pen that assists with that flow of ink, and that also equalizes the air pressure on the ink cartridge as the pen is pulled from its sleeve. 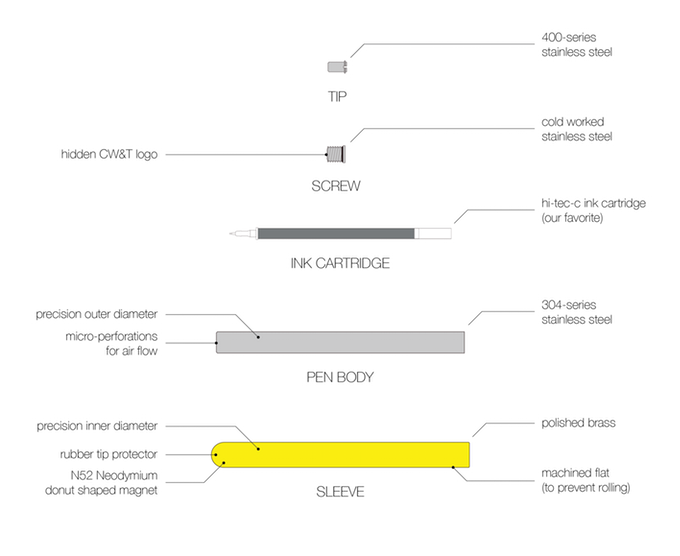 Each raw cartridge ships to the factory in Vermont with a small rubber cap for protection and to keep the ink from drying out. Wanting to use every piece efficiently, the factory even went so far as reuse the typically discarded rubber cap in the sleeve of Pen Type-B, providing a tight seal around the tip of the pen and ensuring that it won't dry out when not in use. "They're basically salvaging this tiny rubber thing stuck inside this plastic cap for each pen," Wang says. Since the cap is used to keep the ink fresh, the factory had to be strategic about the amount of time the cartridges spend un-capped from its rubber counterpart. "There was a problem for a while where, if there was a pause in production, the pens would dry out," Levy says. "Last week, we asked them how they worked around that and they showed us a jig they built, so that the last operation in the production takes the rubber thing out, squeezes it (since it's rubber) and shoves it actually under the magnet already embedded in the tip. They're totally in love with solving little problems like that."

As with any additional introduction to the manufacturing process, adding a magnet to the sleeve of the cap or changing small diameters added new layers of complications that rippled down to the final prototypes — requiring even more incremental tweaks to the pen. "From the width of the flat on the pen to how far the pen sticks out from the cap, just these little things," Levy says. She and Wang went through several prototypes, making minute changes to the length of the barrel, getting the flat edge to be just the right size. "They're all like little picky things because we're picky people," Wang says. "We're trying tackle all these issues as early as possible so they don't show up when they go into production."

Levy and Wang see their Pen Type-B as an exercise in reducing the writing instrument down to its essence. They also promise that this is their very last pen—they swear. But perhaps they shouldn't be too quick to abandon the product category, given what is clearly a powerful demand for such obsessively considered writing instruments. The Type-B Kickstarter campaign was fully funded in mere hours, and it has now raised over twelve times its goal of $12,000, currently clocking in at nearly $165,000. Nonetheless, the pair is already onto their next project, which they say they might to turn to Kickstarter to fund as well. "[Kickstarter] just works for us," Levy says. On the last day of their campaign, though, she won't be watching the dollars tally up. "It makes you kind of crazy," she says of the individual Kickstarter notifications that you can turn on for every backer. "It's a bit of an unhealthy habit."