Making it Modular: A Talk with BLOCKS Co-Founder Serge Didenko 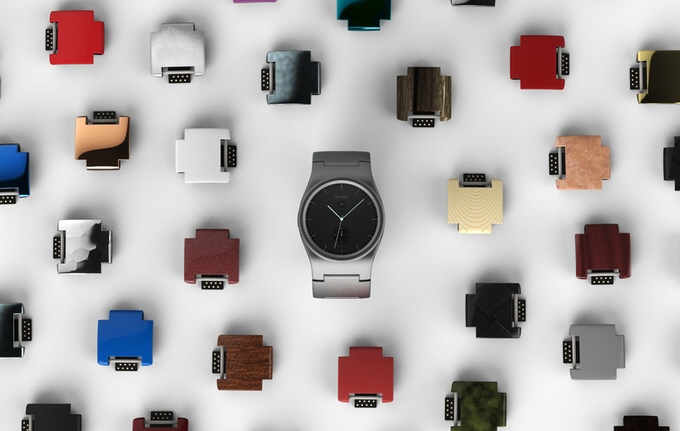 As people who build hardware know, there are important reasons both from the electronic and manufacturing standpoint that you reduce complexity, limiting the number of PCBs, parts and components. Streamlining electronics increases viability that the product will work and decreases the bill of materials —meaning you can afford to produce what you've designed and even make some money.

This is why when you hear 'modular electronics,' images of press-savvy Dave Hakkens or the ambiguous delivery date of Project Ara spring to mind. Instead of market-ready products. Suffice it to say, most recent modular consumer electronics products have left much to be desired, if delivering at all.

This is one reason that BLOCKS, a modular smart watch product currently funding on Kickstarter, is of particular interest. Having already gained over a million dollars in funding and boasting a dedicated team of 20+ and a partnership with Taiwanese manufacturer Compal Electronics, BLOCKS might actually be positioned to deliver in a way other projects have not.

The BLOCKS team is led by co-founders Serge Didenko and Alireza Tahmasebzadeh. Having met as classmates at the Imperial College London, Serge and Ali had a shared interest in wearables with differing views on functionality. Ali, a fan of gesture control and haptic interface and Serge, passionate about fitness and tracking, began development on a customizable smart watch solution back in 2013.

The result was a hot-swappable band design with the watch face acting as a core. Each link in the watch's band is made of of an interchangeable module with functions ranging from a battery to heart rate tracker to eventually a sim card, programmable button module and more.

BLOCKS is no doubt compelling as a concept. To get the story on feasibility, we caught up with co-founder Serge Didenko to ask about modularity and why their smart watch is much more than just a great concept video.

Core77: A number of modular consumer electronics have been getting press as concepts, but never been put into production. Why do you think BLOCKS will be different?

Serge Didenko: BLOCKS is using already proven technology to tackle technical challenges of modularity—namely the physical connector and data transmission. This includes a standard pin design to hold the modules together, that has been used in classic watches for hundreds of years, and a common variant of a serial communication protocol to pass the data around the modules, which is used in most electronics. The challenges of building a modular phone are much more significant than that of modular wearable.

Another modular project, namely Project Ara, had to solve the same challenges but on a much harder level. It needed to build a new type of strong physical connector with much higher communication speed between modules, because neither can be solved by an already existing solution. Also, it is important to remember that modularity has been extremely successful in some very specific markets—for example a professional photo camera with exchangeable lenses, stands and flashlights.

Do you think we are at the beginning of a major trend toward electronics build as modules? What do you this is driving this shift?

Current business model for consumer electronics companies is based around obsolescence. By introducing new products every year, such companies are able to sell new units to their customers every year for a full price. We believe in a new type of business model. It is focused on customization as a need, rather than 'trend selling'. Modularity is beneficial on the business level as it keeps customers in the modular ecosystem and helps drive more profits by sale of separate modules. Once again, take an example of professional photo cameras.

What are the major benefits of building your product to be modular beyond customizability?

Upgradeability - We are forced to upgrade our devices every year by buying an entirely new device for one or two feature improvements. With modularity, users can upgrade their devices module by module, reducing both the cost and electronic waste as a result.

Open platform - Being modular also means that separate modules can be built by any companies at once and offered in the marketplace. Users can buy basic or advanced modules from various companies, and have a much greater variety to choose from. 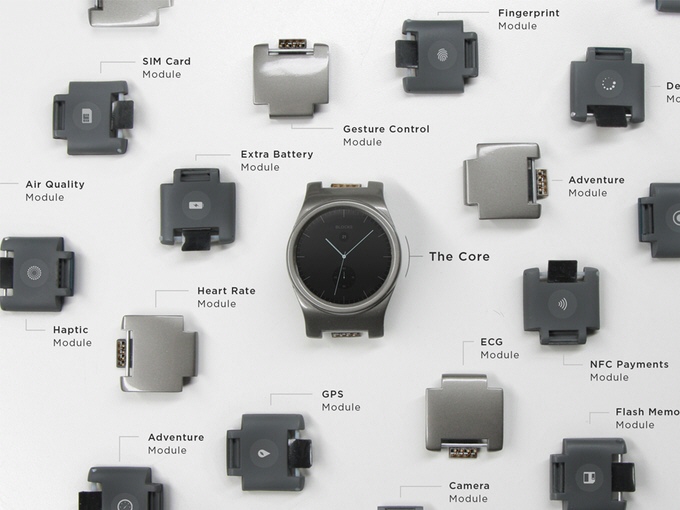 What have been some of the biggest learnings so far from the crowdfunding campaign?

We particularly learned that our customers really care about premium finish on the watch and that there are certain modules that are much more popular than others, such as the extra battery. We were able to better define the product specification by communicating with our backers. As a result, BLOCKS will be built with customer feedback in mind from thousands of people. That is a benefit of doing Kickstarter.

Thanks to the BLOCKS team for talking with us in their final days of funding. To read more about the project and team check out their Kickstarter page or website.

Making it Modular: A Talk with BLOCKS Co-Founder Serge Didenko