We catch up with Sony's Chief Art Director Hirotaka Tako to hear more about the design that goes into their thinnest 4K TV so far.

Thinness has been both friend and foe to industrial designers in recent years. On the one hand, designing for slimness has bestowed our favorite consumer electronics with many virtues (low weight, easy handling, aesthetic elegance)—Steve Jobs was an infamous stickler for slenderness, and for good reason.

On the other hand, in some cases, less depth can mean less design. The more seasoned IDers amongst us will remember—as wild feature phone handset designs made way for smartphones—the dawning realization that the only space left for any real creativity with form, shape, material and finish was the back of the black mirror devices that emerged.

The race to thinness hasn't, of course, been limited to smartphones—the majority of consumer electronic products have been trimming their sidewalls as technology shrinks year on year. The world of TVs (a less glamorous field now than in previous years) has seen even more extreme slimming as screen sizes simultaneously grow whilst gradually disappearing into the wall.

Sony—the Japanese torchbearers for hardware in an digital age—recently announced the release of the X900C, its thinnest 4K TV so far at an almost unfathomable 4.9mm thickness across much of the screen and with a bezel on the chassis so minute its almost non-existent.

"Sony has been aiming for this for a long time," Hirotaka Tako, Sony's Chief Art Director and lead on the X900C design tells us. "The ambition is to reduce the TV down to a simple window...to disappear into the room." Hirotaka pays homage to his engineering colleagues whose year of work enabled such a slim-line design—the team impressively managing to turn what is typically a seven layer flat screen (chassis, backlights, outer glass) into a four layer construction with a thin plastic film replacing glass on the outer surface. 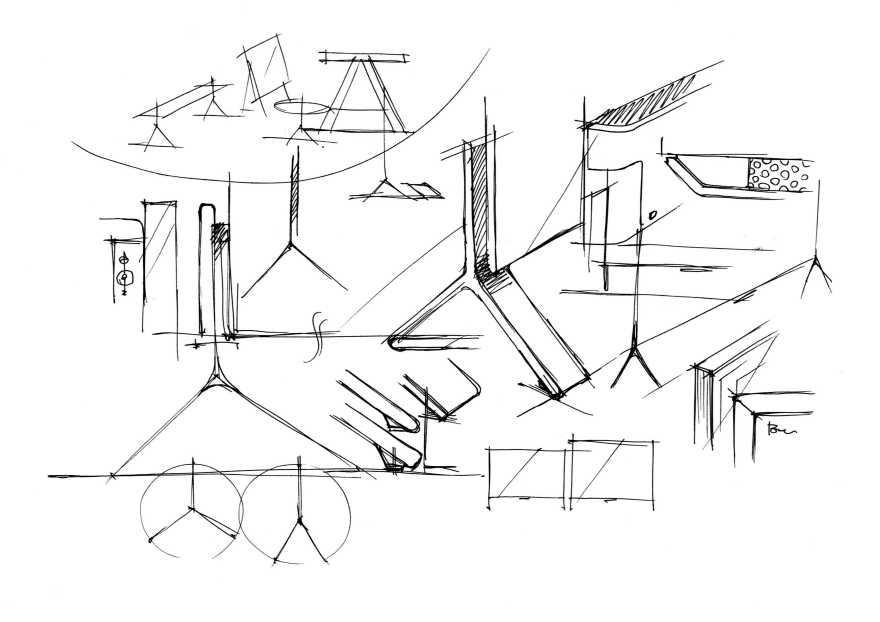 Early sketch exploring the geometry of the TV's feet

Hirotaka is a passionate minimalist and talks at length about the inspiration he finds in everyday geometry especially in the urban environment of Tokyo and how purity of form was a starting point for the project. 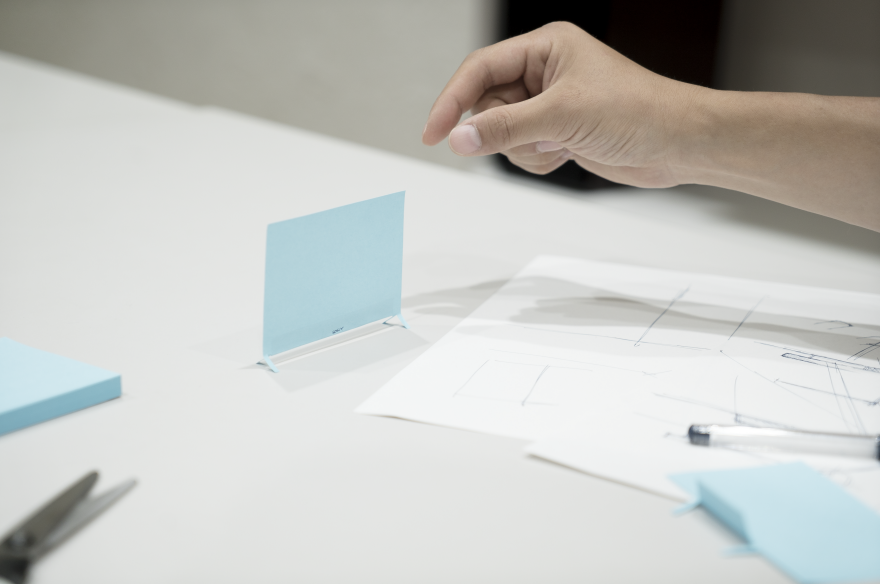 He describes the process of attempting to design the stand for the TV (possibly the "back of the smartphone" of the TV industry) that can live up to the purity of the window-pane screen. Attempting to keep the visual noise to a minimum, the team turned to geometry in the creation of simple feet to hold the screen in place. The eureka moment hit with a quick experiment carried out with a post-it note and a pair of scissors. 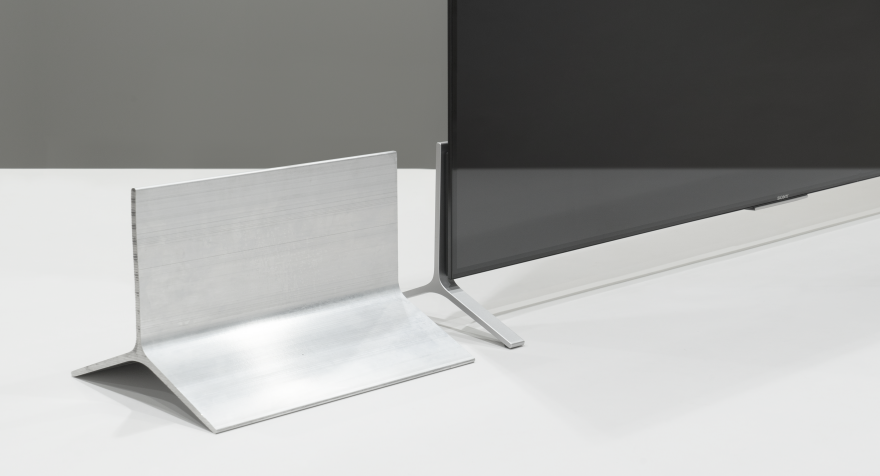 'Geometry of design' keeping the TV's form to a bare minimum

Simplifying the production as well as the aesthetics, the final aluminum feet design were able to be extruded in a long length and cut to size. The real battle came in trying to keep the three-pronged forms as elegant as possible but still strong enough to hold the considerable weight of the television body—something Hirotaka tells us he worked on closely with Sony engineers who helped him find the optimum ratios. 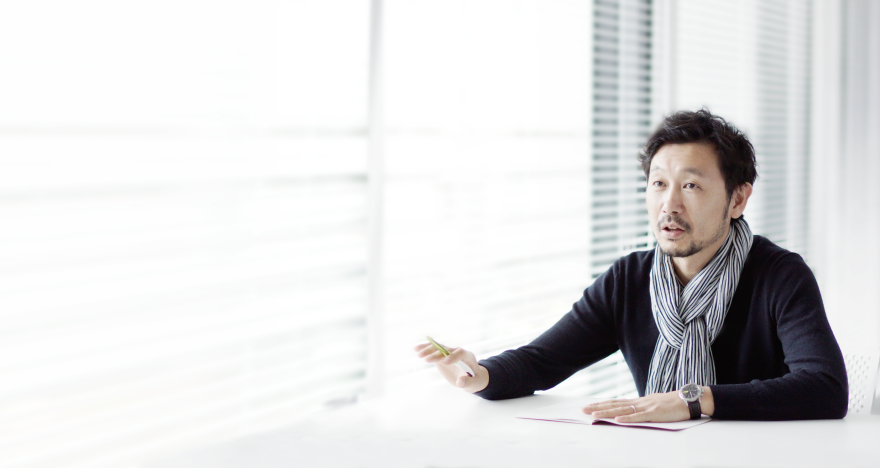