How Compact Cameras Can Survive in the Smartphone Era: By Radically Changing Their Form Factor

Here are the facts: Smartphones are ubiquitous, the compact camera market is fading and GoPro's got the action market locked up. So you'd think the last thing an upstart design firm would do is create a new type of compact camera and attempt to launch it themselves. But Seoul-based BOUD reckons they can pull it off.

What BOUD—that's an acronym for the Bridge of Unique Design—has come up with is the Flex Cam PIC, which has an entirely new form factor unlike anything on the market. 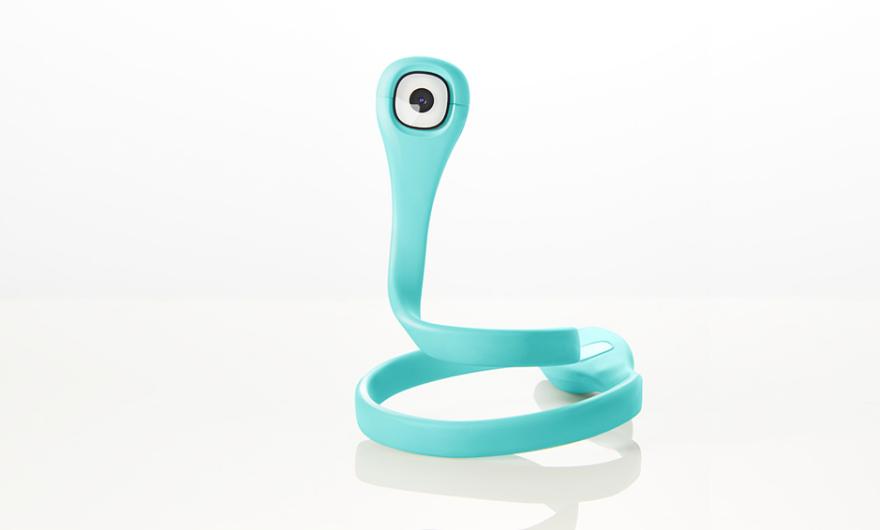 On top of that the retail price is an absurdly low $89. When I first saw it I thought it looked frivolous and a bit silly, but the video and some of the proposed applications got me turned around:

While I'm not going to be hula-hooping or entering b-boy competitions anytime soon, the ease with which the PIC can be attached, as in the cooking video or the dog shots, makes me think it could come in handy for instructional videos.

But two things remain to be seen. One is if end users will find that the 124-degree lens adequately compensates for what I assume will be an inability to precisely position it.

The more pressing issue is whether BOUD can really get the thing to market. They managed to crowdfund it earlier this year on IndieGogo, netting $154,750, but they've already missed their ship date (September) and have not revealed a hard deadline; an update from a week ago says they're doing "last-minute tuning" and urges backers to "please wait a little more."

Despite that, the Flex Cam PIC has reportedly already been awarded the CES 2016 Innovation Award in the Digital Imaging Category. Backers will no doubt be waiting to see if actual units are on hand for the show in January.

How Compact Cameras Can Survive in the Smartphone Era: By Radically Changing Their Form Factor