A desk with no legs, and surfaces with no room for junk

Much of the furniture we use—chairs, tables, desks, dressers—has been in existence in some form for centuries or millenia. So it's always exciting to see someone attempting to create furniture with a new form factor in an attempt to meet modern-day needs that would have stymied our design ancestors.

The question, as always with design intended for mass-market consumption, is whether a bold new piece of furniture that solves the designer's needs will also serve the market's needs. 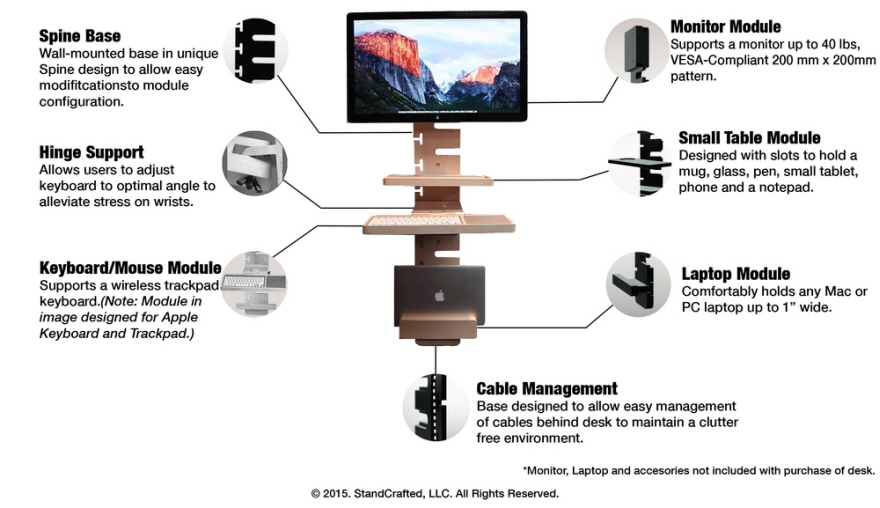 Washington-D.C.-based engineer Jamie Terbeest designed his StandCrafted desk to suit his particular situation: With a baby on the way and a small apartment that can't support both a nursery and a home office, he needed a place to perch his computer. Already a standing desk convert, Terbeest figured that given his space constraints, the logical location for this new piece of furniture ought be the wall.

(By the bye, the "workshop" Terbeest refers to in the video is the D.C. outpost of TechShop. Hey, weren't they supposed to open one of those in New York? WE WANT IT!)

The skeletal spine of the StandCrafted is pure form-follows-function, but I'm not as curious about your take on the aesthetics as I am on your opinion of the form factor. How do you use your current desk, and could you switch to something as minimal? 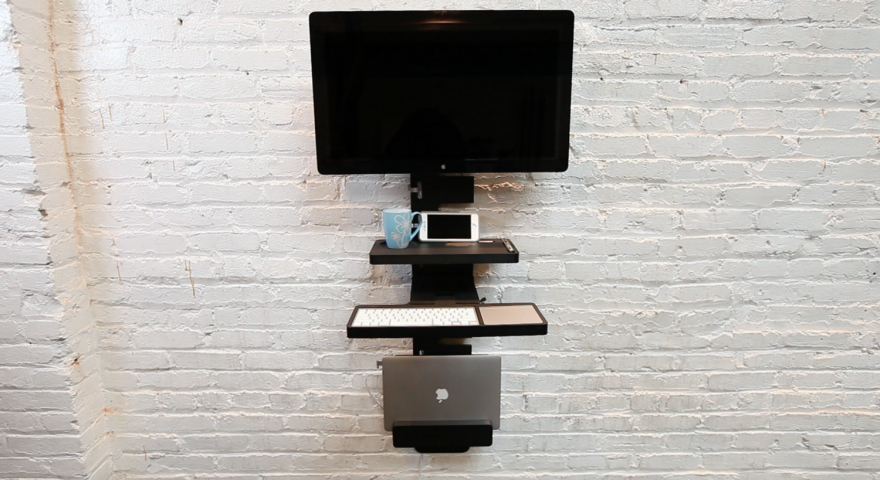 My current desk measures 80" x 32" and it's become a landing pad for crap. It's not even reference material, just random stuff that I need to deal with during the course of the day, and absent careful management the pile grows each week. For those of you with the same predilections, could you/would you work on a desk that did not allow for the accumulation of detritus? By dint of not providing a lot of surface area, the StandCrafted seems like it would enforce anti-clutter discipline. 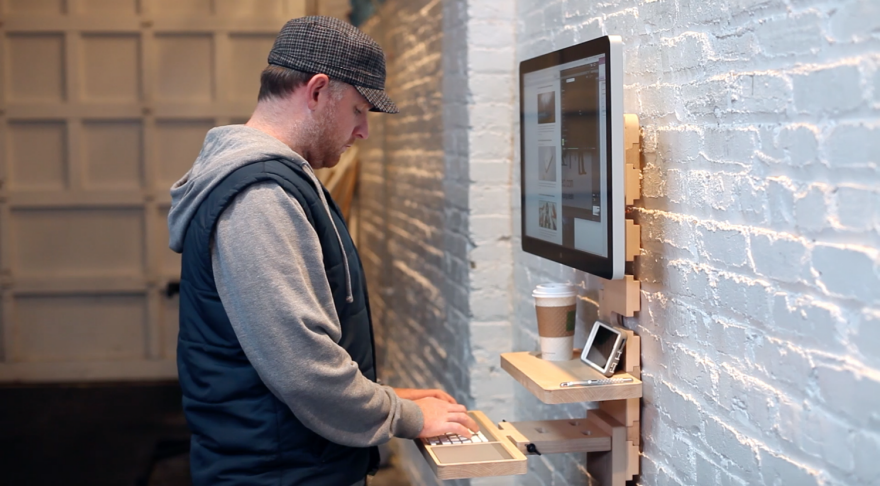 Terbeest is betting the demand is there and has launched the project on Kickstarter. At press time the pledged amounts were not promising, with just $1,465 garnered towards at $70,000 target, but there's still over a month left. So: Do you reckon the demand is there, and that he'll make it? Or do you think desks have remained the size they are, independent of sitting/standing demands, for a reason?