Is This the Future of Sneaker Manufacturing?

Just when you thought that sneaker technology could be advanced no further, Adidas has launched its Futurecraft Leather Superstar, an ultra-limited-edition version of its classic sneaker crafted from one seamless piece of leather.

The FLS is the result of a collaboration between Adidas, the London industrial designer Alexander Taylor and the Paris shoe designer Joachim de Callatay—all working under the umbrella of the German athleticwear company’s Futurecraft group, which aims to push the limits of material innovation for the brand. This is the second edition in Adidas’s Futurecraft series, which often borrows processes and techniques from other fields. (For its first edition, the brand 3D-printed otherwise difficult-to-manufacture shapes and forms to create supportive soles.)

The Futurecraft Leather project began in late 2013. Taylor had an existing relationship with Adidas, and he proposed bringing in Callatay for some experiments in using leather for performance footwear. “I was interested to open some research into combining craftsmanship with the latest industrial technology and revisiting working with a material which resonates with the very heritage of the brand and performance products,” Taylor says.

Talking through traditional techniques and ways of working with the material, the designers decided fairly early on that they wanted to proceed by removing material from the leather, and they began using a hand-held router to experiment with making a series of cuts and varying the thickness of the material to achieve different effects. It was, Taylor says, “a kind of ‘reductive’ manufacturing, taking material away from areas of the shoe where you would like to generate more flex and breathability.” 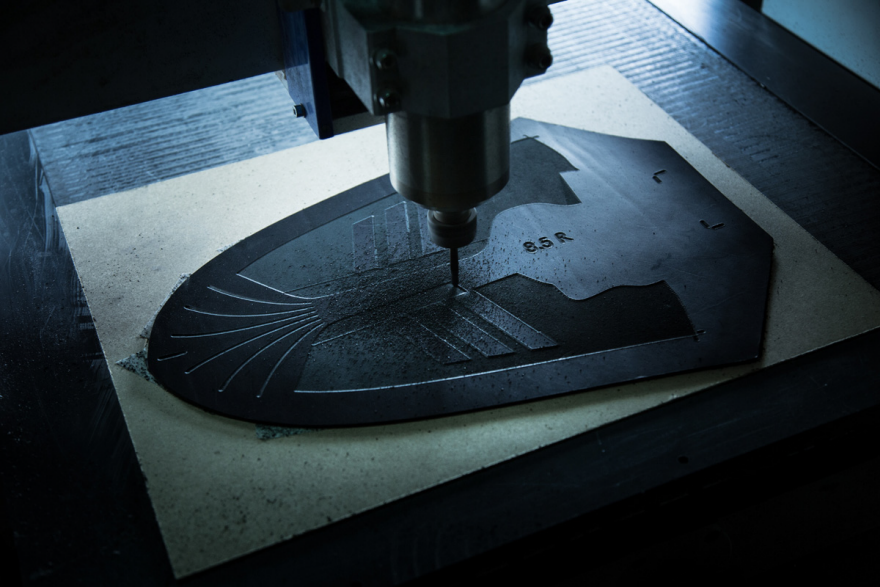 All images courtesy of adidas.

Next, the duo applied their findings toward developing a few concept shoes, imagining how the technique could be applied to create a slew of silhouettes. The decision to work with Adidas’s iconic Originals Superstar sneakers came later on. Ever since it was introduced in 1969 as the first low-top basketball shoe, the Superstar has been a symbol of boundary-pushing in shoe design—not to mention a cornerstone of sneaker culture—and so it seemed like the ideal choice for the latest Futurecraft material innovation.

For the Futurecraft Leather Superstar, the hand-held router was scrapped in favor of an industrial CNC machine typically used for milling aluminum, wood and nylon. “We looked into a number of possibilities of working with patterns and milling various leathers to understand every detail of how we can work with the technology in an intelligent way,” Taylor says. Early on, he and Callatay struggled with calibrating the machines and testing different tool bits. “After that, it is just like anything new—you just have to make, as it’s the only way to really understand,” Taylor says. Learning from their earlier explorations, the designers varied the amount of material removed to precisely add flexibility and stability where needed. 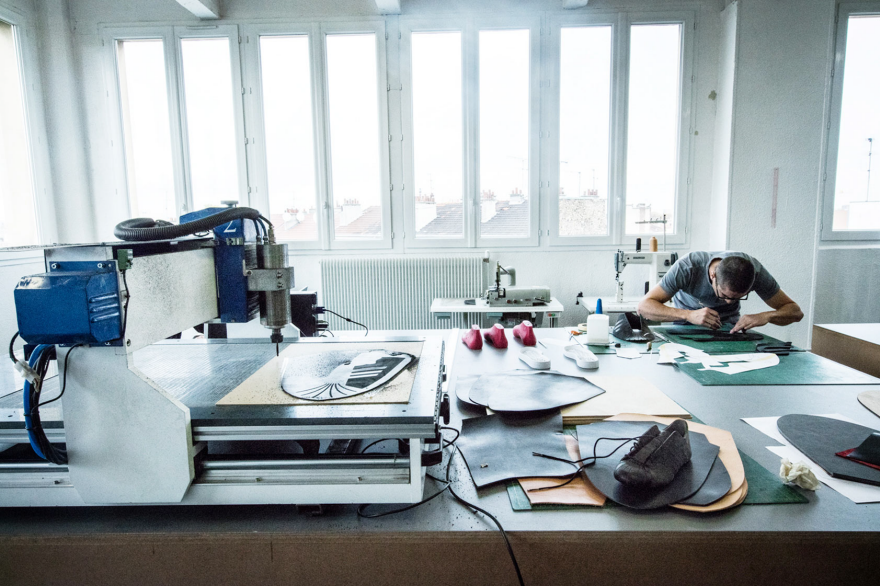 In the Futurecraft workshop 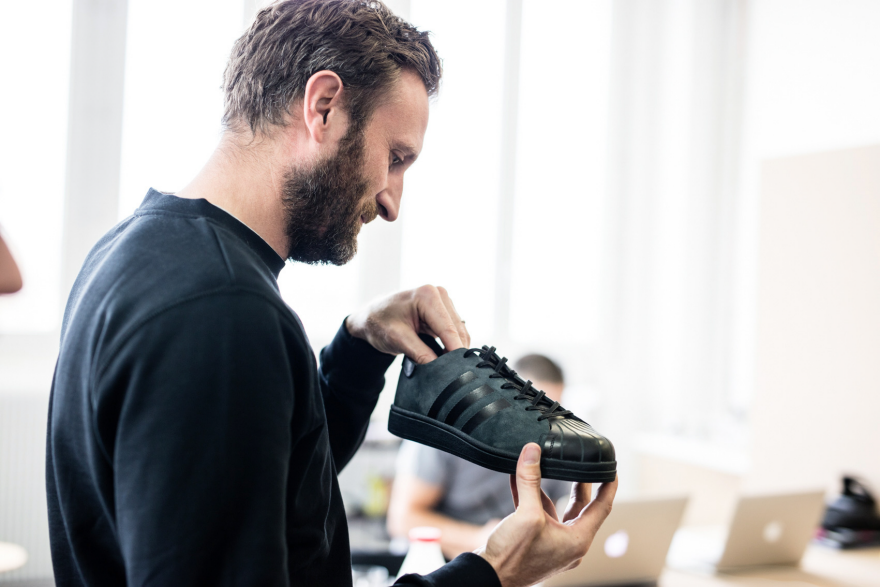 From the moment the leather is taken from the tannery, the process between making a traditional Superstar and an FLS edition immediately diverges. With the former, pieces of leather are taken from the tannery then separated by various thicknesses; these separate parts will eventually be cut into individual parts and pieces before being glued and stitched back together. For the FLS, the process instead begins by removing material from a single, continuous piece by way of milling. “This adds functionality to the shoe and reduces parts, glue and labor through stitching,” Taylor says.

While one might expect the process of milling to lead to more waste, Taylor says that it actually uses less material overall. Furthermore, he says, “the waste material can be collected and reconstituted and used for another purpose.” 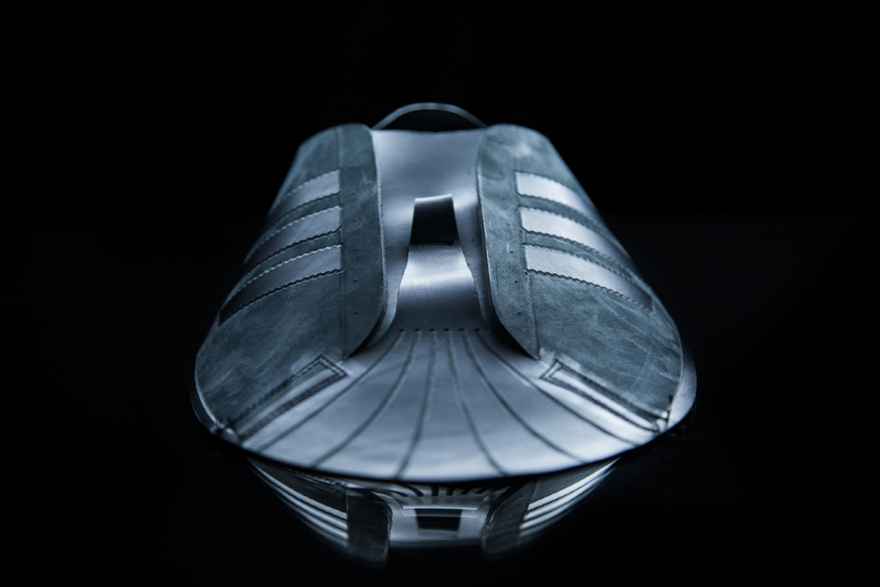 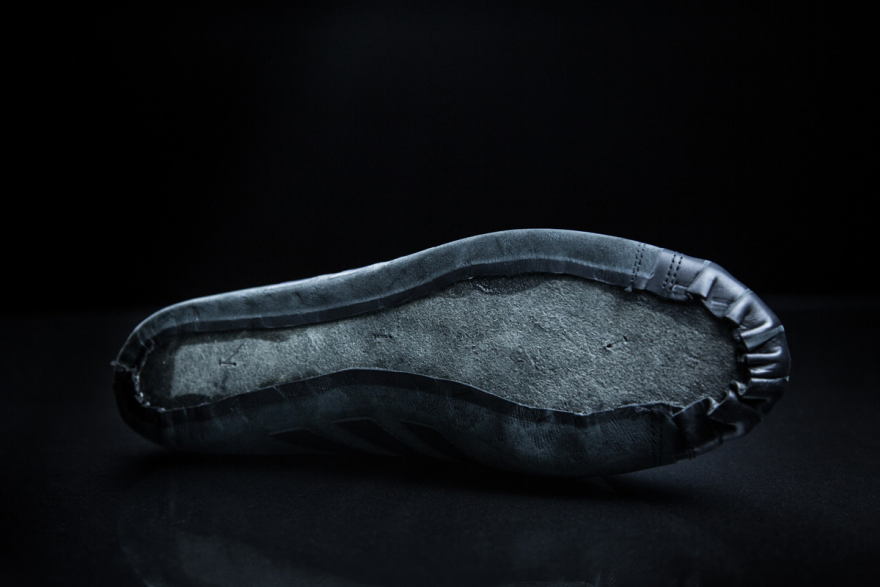 Using a milling technique traditionally applied to industrial manufacturing also opens up possibilities for Adidas to individually tailor its shoes to its customers. “Looking forward, we can imagine that by simply changing patterns on the screen and supplying data we can begin to imagine more precision and control through production,” Taylor says. “Whilst we have been developing the research over the past two years, we are also in some ways still very much at the beginning of illustrating the possibilities.”

Of course, another caveat or, ahem, Achilles’ heel is the high cost associated with individually milled shoes—both in time and price. “Production time is relative to where we are now with the development and technology we are using—this is all still very new,” Taylor says. “However, as I mentioned, we are reducing and removing the steps which are usually part of the production line, and the technology is currently used in industry creating most of our everyday electronic products.” 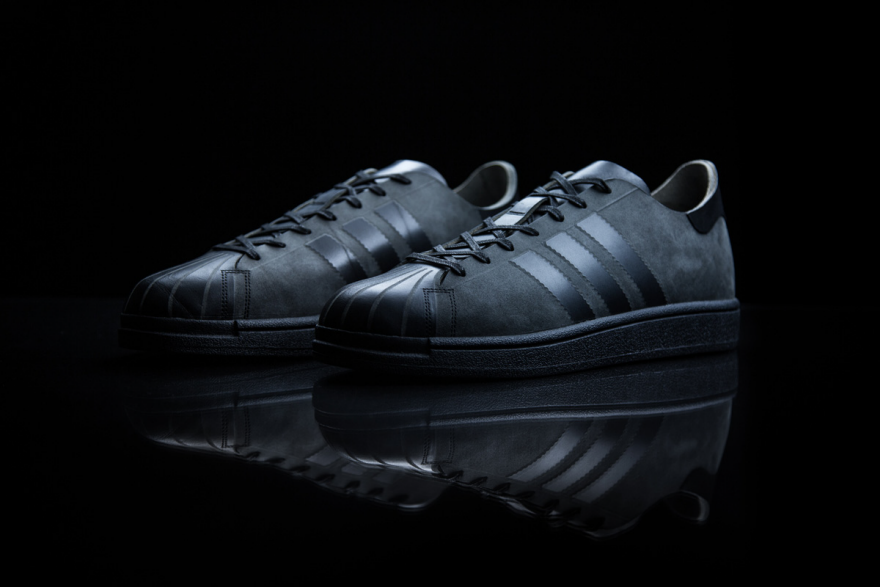 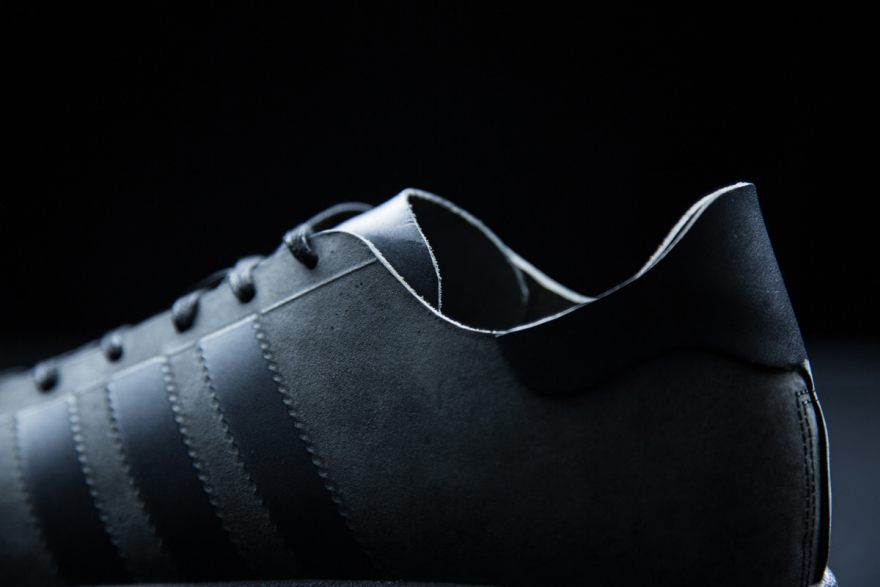 In other words, the Futurecraft team thinks we could see more of this kind of thing in the not-so-distant future. “The technology and machines are already commonplace in industry,” Taylor says. “However, they are currently used for machining aluminum or nylon or other materials. Therefore it is not such a leap to imagine how the milling of leather will become part of the process. We live with products every day which use exactly this technology to create commercial products. Projects are in development in both style and performance to bring more of the milled leather shoes in various silhouettes to the market.”

For now, however, the Futurecraft Leather Superstar will only be only available in an extremely limited edition—just 45 pairs (to celebrate the Superstar’s 45th birthday). They became available at Dover Street Market in New York, London and Tokyo starting earlier this month, so if you’re just hearing about this now and want to snag a pair, chances are you’re already out of luck.

Is This the Future of Sneaker Manufacturing?