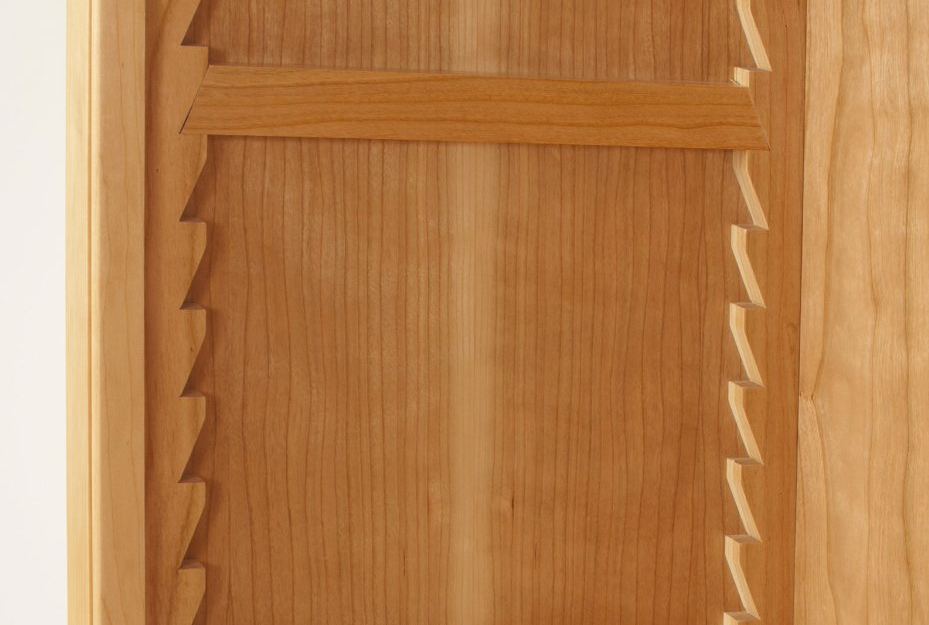 How Craftspeople Built Height-Adjustable Shelves Before the Industrial Revolution

Even in the 19th Century, people had a need for adjustable shelving. A retailer might need to change shelf heights to display new wares; and on the domestic front, if you purchased a Sega Genesis and then upgraded to the Dreamcast, the boxes were different sizes.

An unknown craftsperson solved this problem by creating what's colloquially referred to as "sawtooth shelving:" 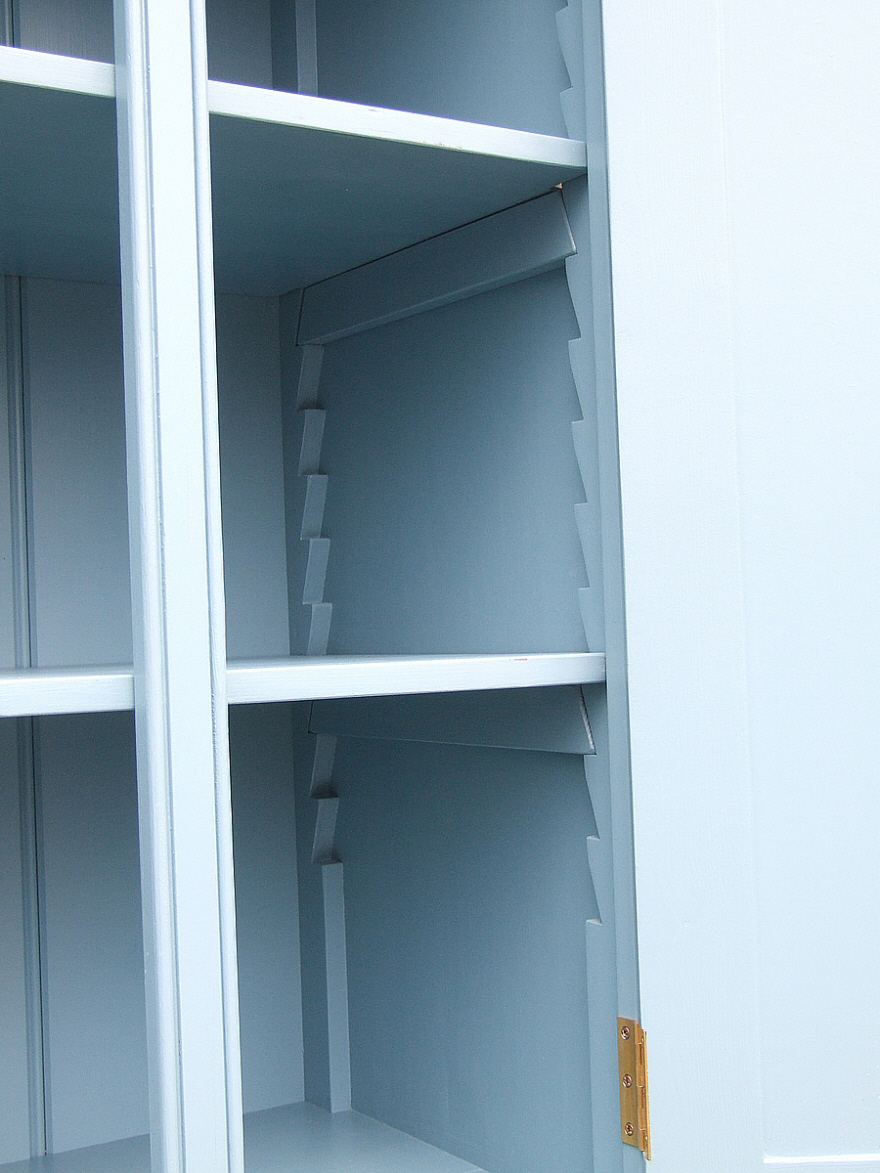 Image and construction by Colin Spicer 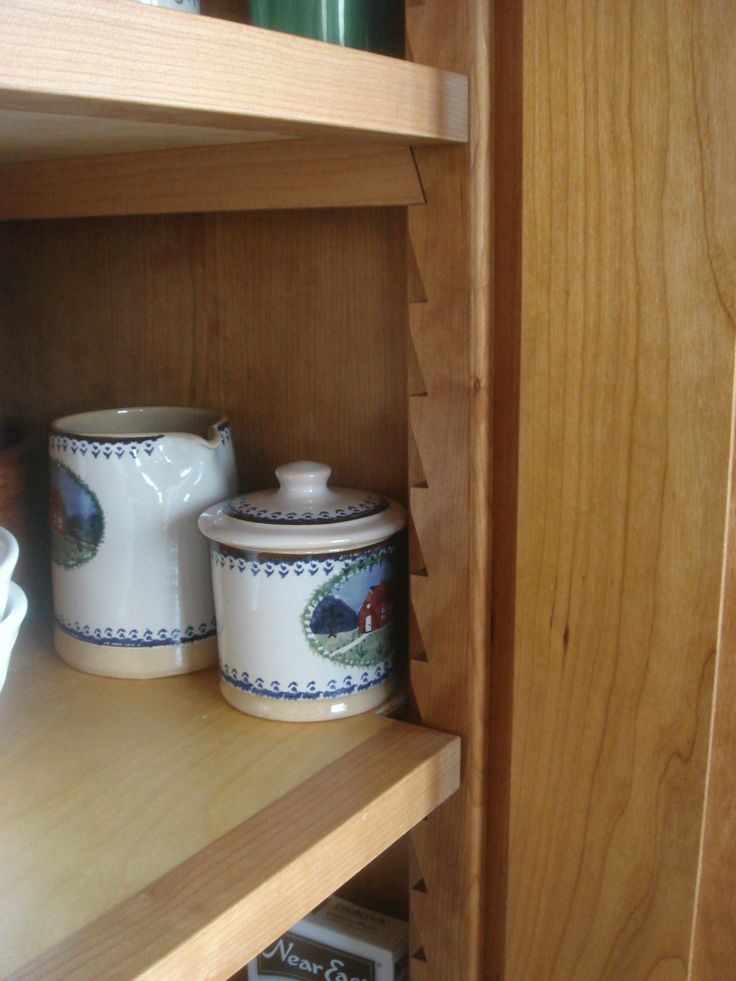 Image and construction by Hummingbird Woodworks

If it's not obvious to you how it works, these shots should make it clear: 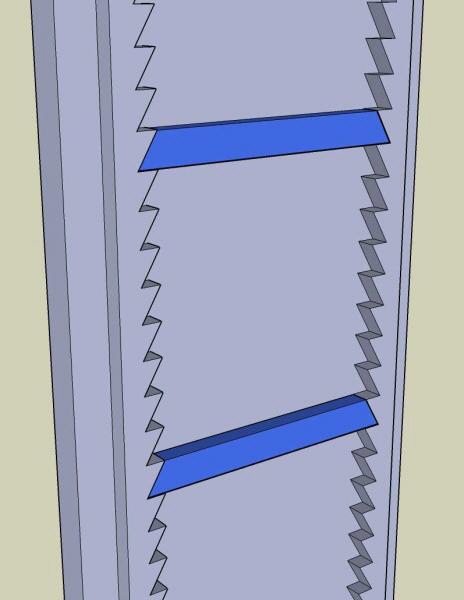 Sorry for the grainy resolution, but this rendering is from the 1800s 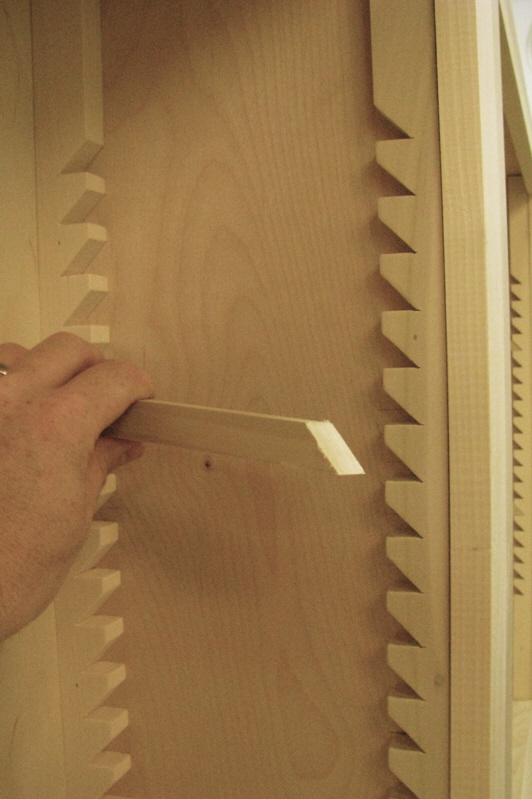 Image and construction by The Wood Mechanic 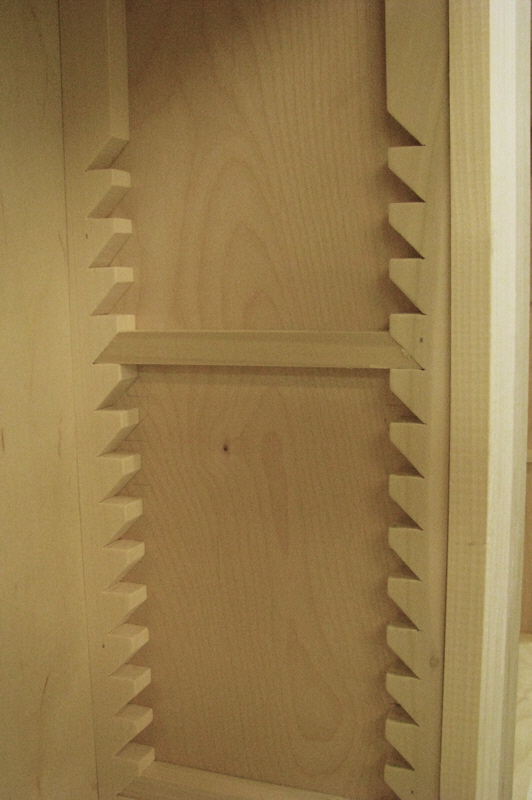 Image and construction by The Wood Mechanic

By creating a cleat that fits between the "sawteeth," then cutting a shelf with notches in the four corners, one has a handy, pin-free way to quickly change the shelf's height.

Some of you might wonder why they didn't simply use dadoes that shelves could be slid in and out of. The answer appears to be aesthetic: Dadoes would break the lines of the verticals when viewed from the front, and covering them with a face frame would of course make it impossible to slide shelves in and out, thus defeating the purpose.

These days it's tough to imagine going to the trouble of building such a system, when one can simply whip out a drill or router and a shelf-pin jig. But that hasn't stopped entrepreneurs like the ones behind the Sawtooth Shelf System from trying to bring it back: 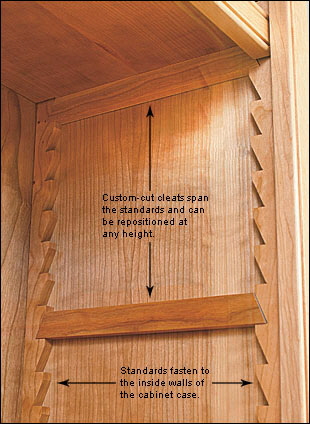 For those of you looking to make your own, without all of that detailed sawing and chiseling, this woman has constructed what she refers to as a variant used by Victorian-era builders: 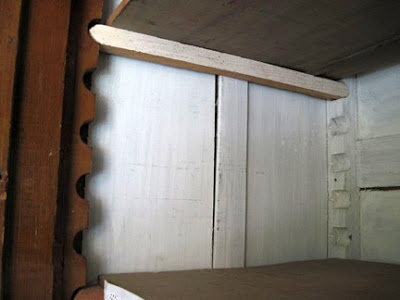 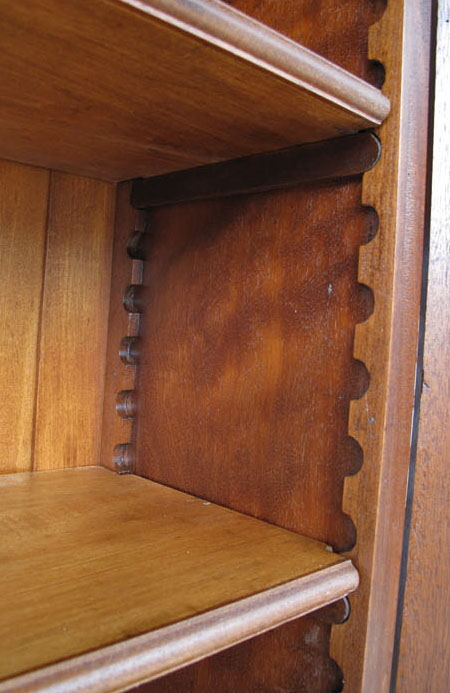 I'm guessing she used a Forstner bit and then ripped the pieces in half, which seems it might be faster than setting up a router and a shelf-pin jig.