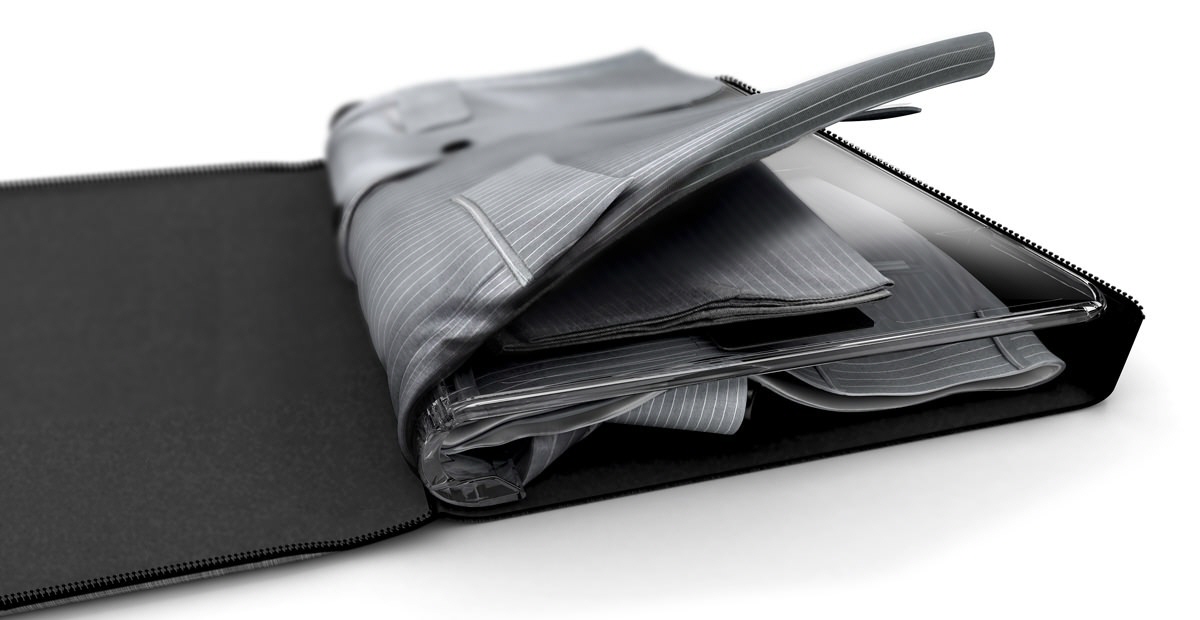 On some level, luggage is absurd. The notion that we are meant to reconcile our sundry items into a rectangle, and that lots of those rectangles are then loaded into something shaped like a cylinder, seems ill-considered. Air travel is certainly not an experience that's been designed from end to end. But until someone starts a budget airline where we throw tied-up plastic bags filled with our things into the hold, then fish them out at the end, people will continue designing luggage that better suits their needs.

A good case in point is the SuitPack, developed by businessman Scott Fraser. As the owner of an international freight company, Fraser spent many years flying in and out of his native Australia with a suit in tow. Garment bags might seem like a good solution for this, but anyone who's ever traveled with one knows that they're great while they're hanging up in the cabin and the closet at the hotel, but everywhere in between they're a royal pain in the ass.

Finding that "[Worrying] about how badly [the suit] was going to be crushed…was one of the greatest sources of stress" of business travel, Fraser contacted ID firm CobaltNiche and set about brainstorming a better solution. Going so far as to study "the science behind wool blend fabrics" and what causes creasing, Fraser banged out some 50 mock-ups in his garage before arriving at a solution.

Here's how the finished product works:

SuitPack has a rigid, hollow cavity which isolates and protects your suit's shoulders, sleeves and trousers' front rise, protecting your suit in a way not provided by traditional soft-sided garment bags. The simple, step by step folding instructions and internal sleeve supports allows your suit to be effectively suspended within the SuitPack, preventing the creasing that would normally occur with standard carry-on luggage.

The version you see in the video is not what Fraser produced in his garage, obviously; after bringing a prototype to the Travel Goods Association Show in Vegas a few years ago, he garnered enough useful feedback from showgoers that he integrated their suggestions into the finished product. The positive response convinced Fraser that it was worth a production run, and he's now selling the SuitPack for US $149 (plus free international shipping).

The scale of it might appear deceptive in the CG video, by the way; below is a photo of Fraser and his invention that better gives you a sense of its size. 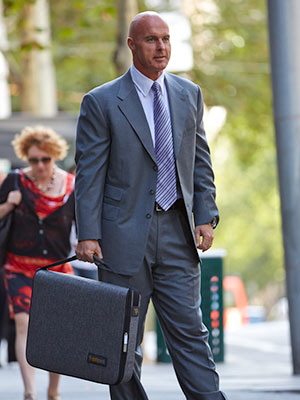 The image above made me wonder if you're meant to carry the SuitPack as a standalone item. Explains CobaltNiche in their submission for a Good Design Award,

Suitpack can be packed within a standard medium sized suitcase with additional clothing or personal items for added luggage flexibility during travel. Business travelers can comfortably pack several suits this way when on extended trips. Suitpack also fits readily into aircraft overhead lockers, and is accepted by most airlines as carry-on luggage, allowing users flexibility whatever their travel preferences and packing needs.