As a professional organizer, I'm always interested in new products that might be helpful—and that leads me take a look at what's being offered on Kickstarter. 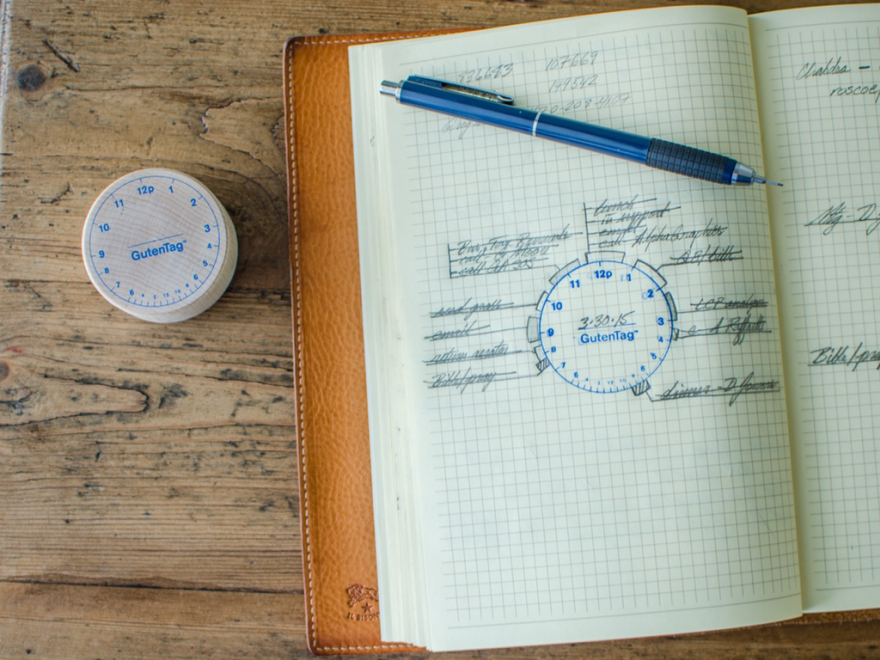 The GutenTag stamp provides end users with an interesting alternative to a pre-printed planner; they can stamp any journal (or other paper) they want to create a circle representing any given day, and then show their plans for that day in any way they want, around that circle. This will delight some end users who don't do well with structured planners. But it might be hard to keep track of appointments scheduled way in advance unless the GutenTag was used in conjunction with another tool.

This Kickstarter has met its goal and will be funded on Dec. 17. 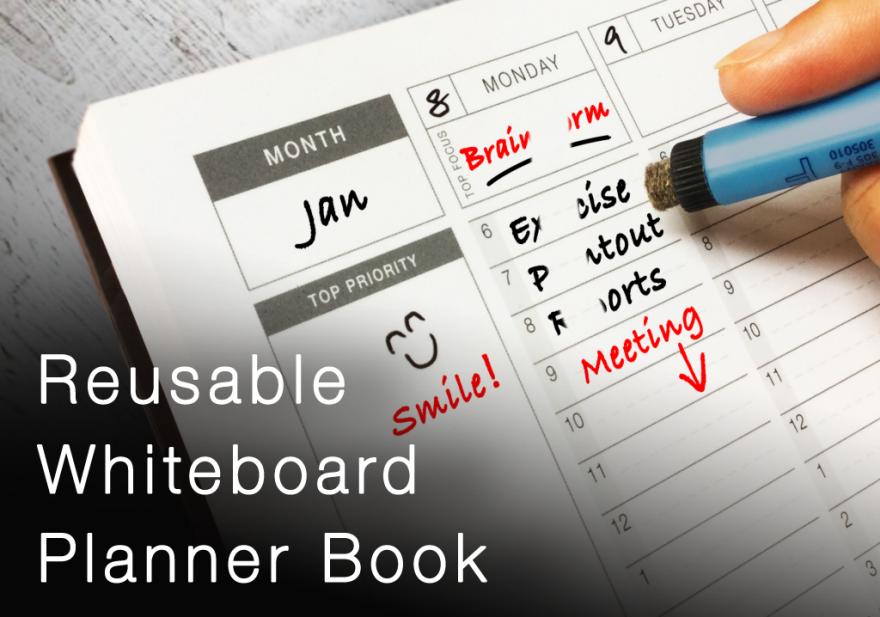 The Anew Planner is another alternative to standard planners, with pages that are treated with a dry-erasable surface. This could work well for the end user whose plans change a lot—especially if it's someone who gets annoyed by ink cross-outs or someone who erases pencil entries so often the pages sometimes tear.

The designers suggest that this might even be the last planner end users will ever need to buy, since they can just erase it and use it again for the next year. But many people who use paper planners keep them for practical or sentimental reasons, so I don't see this being something that gets reused year after year.

The Anew Planner has until Dec. 24 to meet its funding goal. 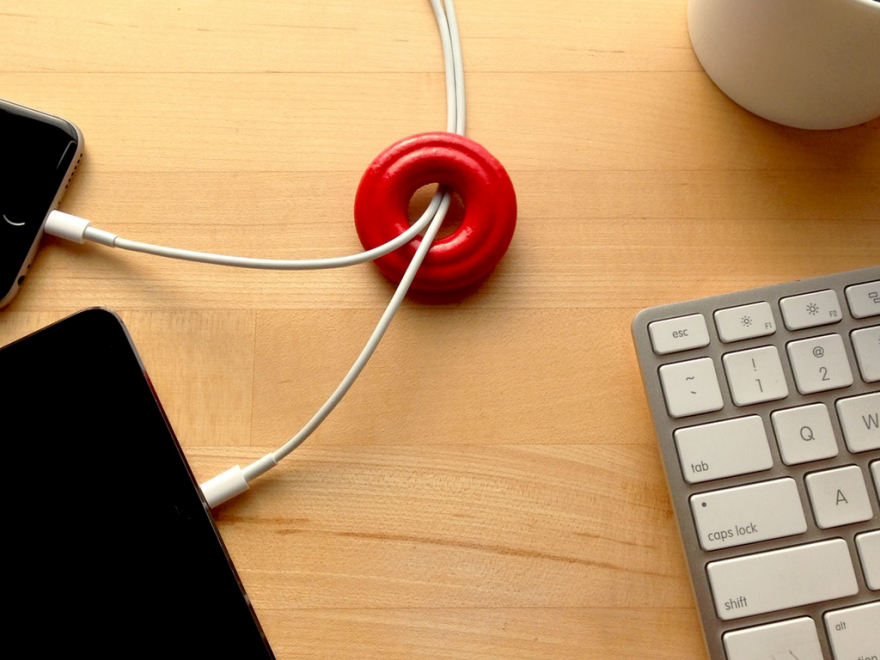 There are lots of products that control cables so they don't slip to the floor when not in use, and the Bagl is yet another one. Unlike many others, it's made of powder coated cast iron. So the Bagl doesn't need to be secured to the desk; its weight is what keeps it in place. This means the end user who travels a lot could take one along and use it in a hotel room with no problem.

The Bagl has met its goal and will be funded on Dec. 10. 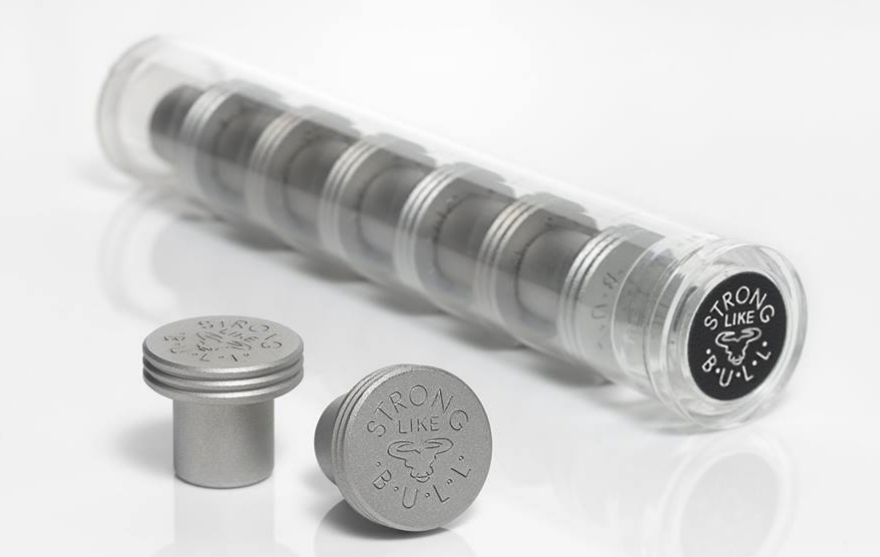 Many end users still use the refrigerator door as a bulletin board, and the TackMags from Strong Like Bull would work fine for there (or any other steel surface). Each magnet holds 21 sheets of full letter-size paper, so they're going to meet most end user needs and then some. The shape makes them easy to grasp, too.

The Kickstarter has met its goal and will be funded on Dec. 7. 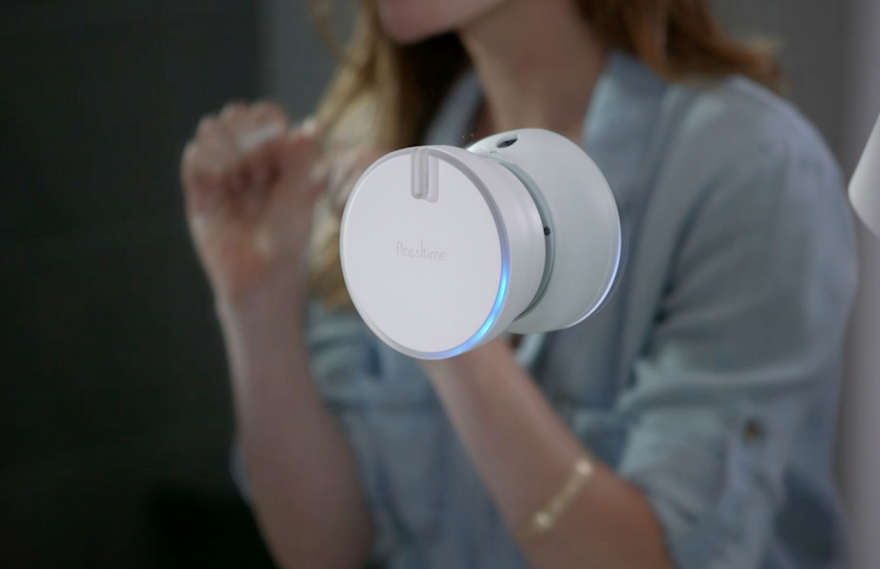 Flosstime would be one way to avoid a bathroom drawer full of unused floss packages from the dentist. It's a floss dispenser that mounts on a bathroom mirror or wall; push the button and it dispenses a single-use size piece of floss. That in turn activates a 90-second flossing timer, in the form of a blue glow. If it isn't used again within 24 hours, an orange frown (a semicircle of light around the edge) will remind the end user that flossing is overdue.

This wouldn't work for end users who have an easier time using flossers than using just a string of floss, but it might be a good way for others to form the flossing habit with a gentle visible nag.

Flosstime has met its goal and will be funded on Dec. 12. 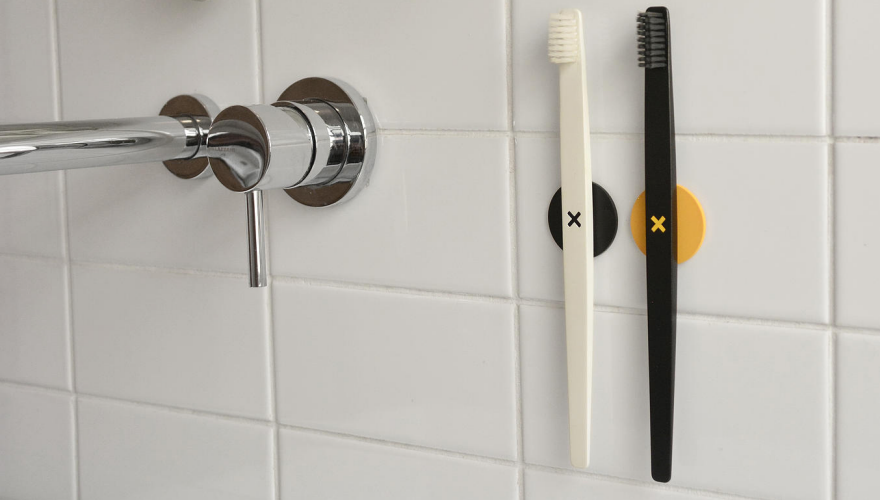 Toothbrush holders can take up a lot of counter space, but with the Shenn toothbrush no countertop holder is needed. A small magnet inside the brush holds it to a magnetic plate mounted on the wall. The brushes come in four colors (and a few patterns) and the plates come in varying colors and shapes, too—so a family will have no trouble telling which brush is for which person. 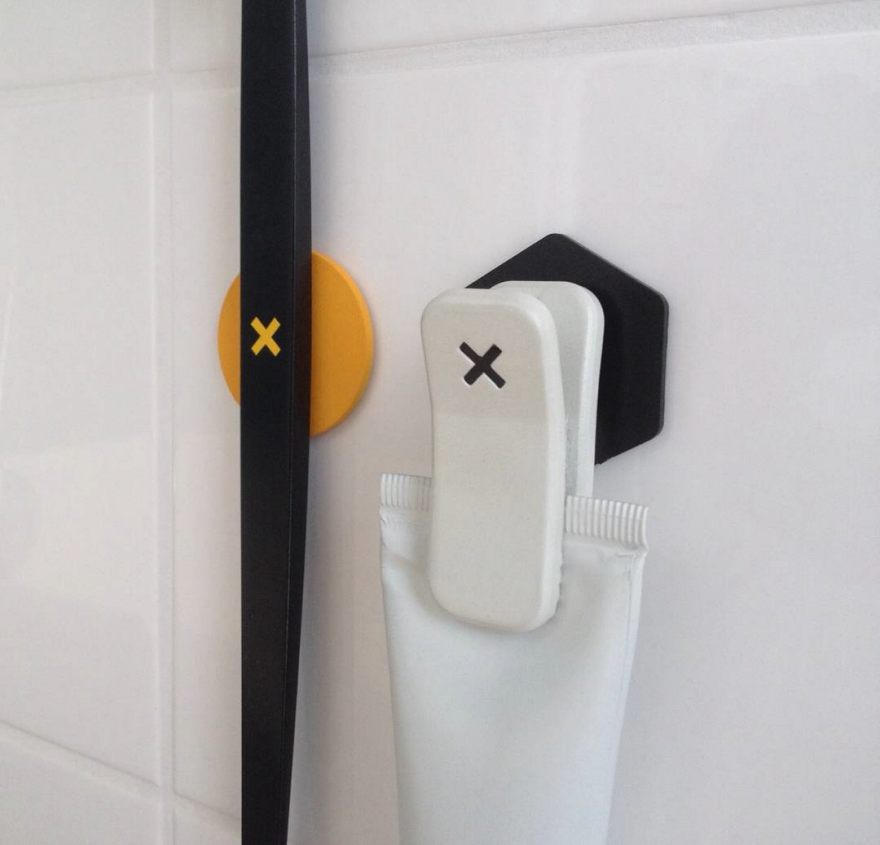 End users can also purchase a matching clip to hold a tube of toothpaste.

There's also a "traveling plate" that comes with 10 double-sided stickers. Since I often use a standard toothbrush when I travel (rather than my electric one) and struggle to find a place to stash it, that's an option that caught my attention.

The brushes are priced so that the end user won't object to using a new brush every three to four months. However, the rewards are mostly structured as kits; there's no option to just buy a bunch of extra brushes without more plates. The purchaser will have to hope the company sticks around so new brushes can be bought as need be.

This project has until Dec. 12 to meet its funding goal. 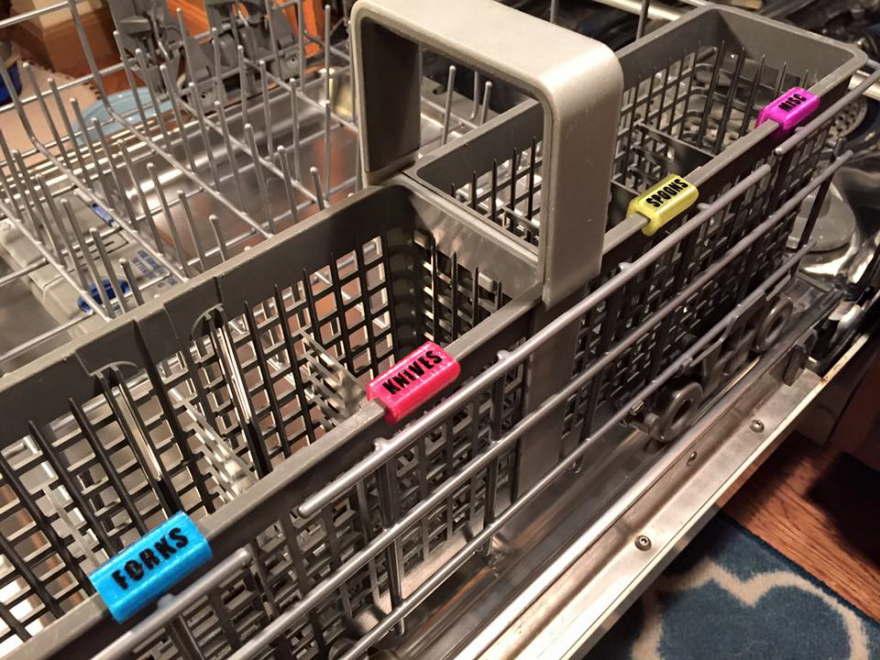 The silverware dishwasher clips allow the end user to label the various section of the dishwasher's cutlery rack. For a lot of people this would be overkill—more organizing than needed. However, Nat Barouch said he created it to meet his own need; his wife liked each utensil in a given spot, and he could never remember which things went where.

This project has until Dec. 30 to meet its funding goal. 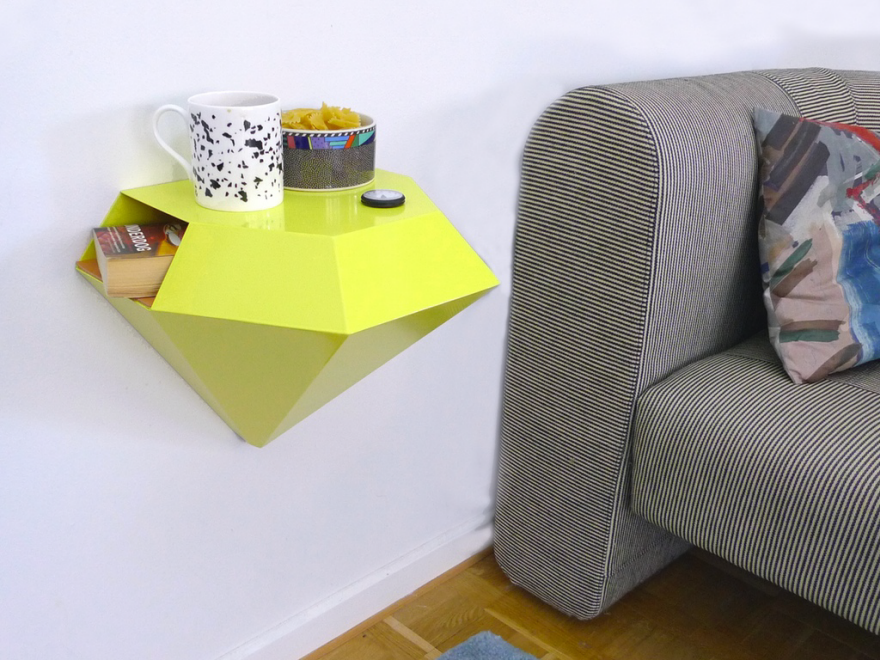 The Sapphire side table could serve as a landing strip by the doorway, a bedside nightstand, etc. It's an attractive way to provide a bit of storage when floor space is limited, but I'm concerned that the top surface is a bit smaller than many end users would find practical. Also, the pointed edges will deter end users who follow feng shui principles in their homes—and those who are concerned about bumping into the table and bruising themselves.

This project has until Dec. 21 to meet its funding goal. 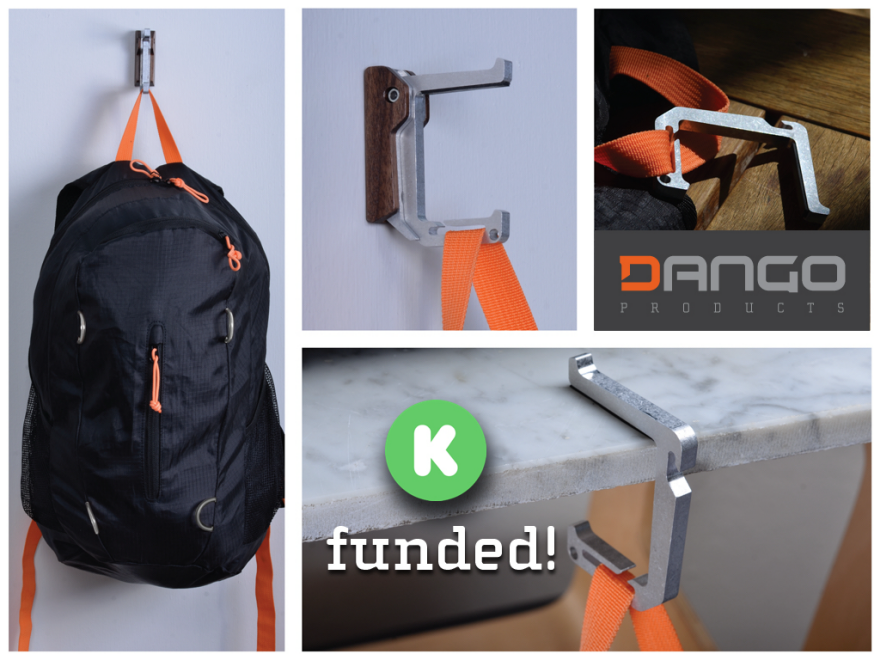 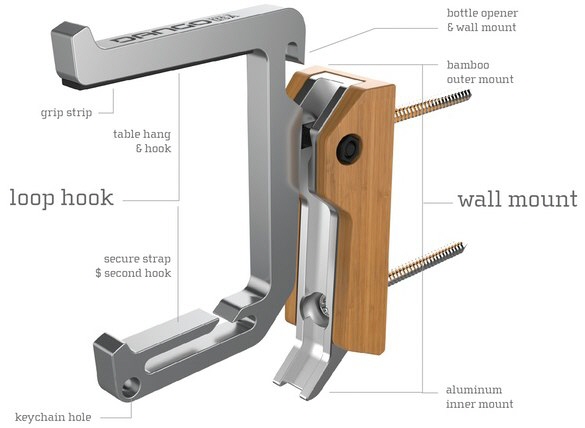 I'm always interested in hooks and related items because they make it so easy to put things away, so the Dango loop hook and wall mount caught my eye. The hook itself can serve as a table hanger (as well as a keychain or bottle opener); wall-mounted, it serves as a sturdy hook for backpacks and much more. It's an interesting product for end users who would use a table hanger frequently—a nice alternative to the many hangers intended mostly for purses.

This project has met its goal and will be funded on Dec. 4.