I sink I have a solution 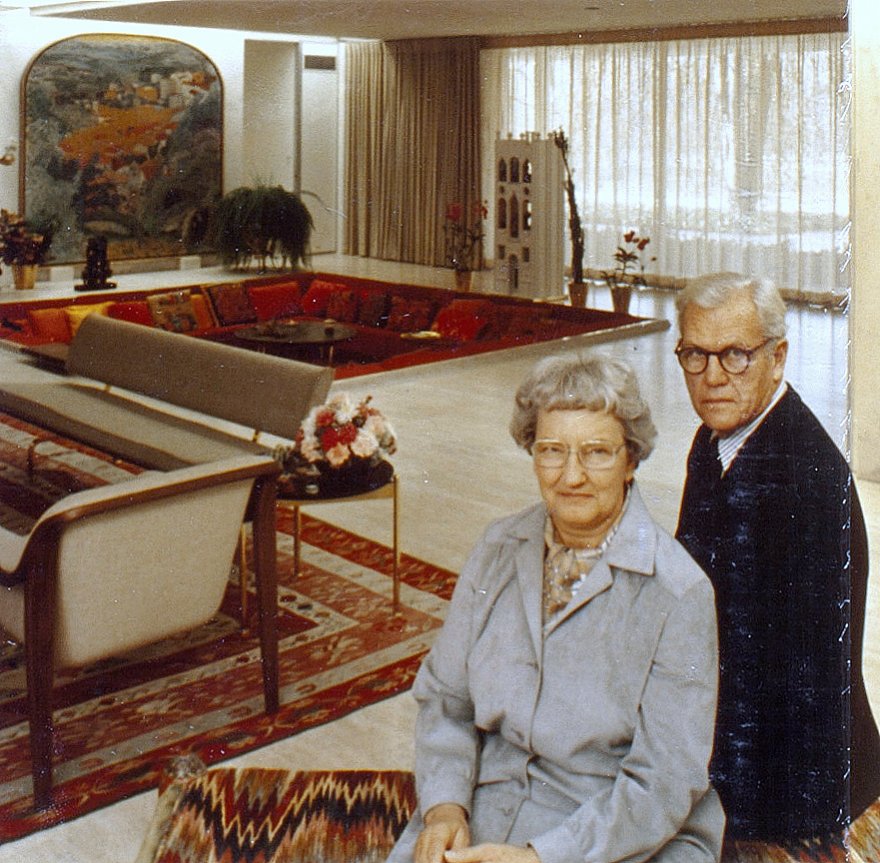 Meant to be a gathering space where hosts and guests could drink, converse and make merry, it added a nice touch of inflexibility: One could not move the couches to an alternate position of one's choosing within the house, but could only sit where the architect decided one should sit. 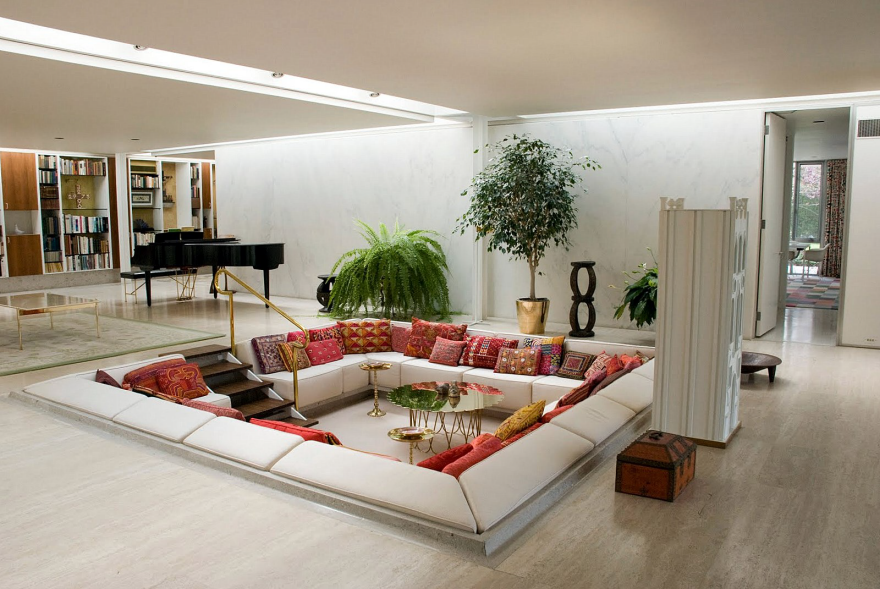 When seated in the conversation pit, this configuration conveniently places your eyeline level with the pianist's crotch. 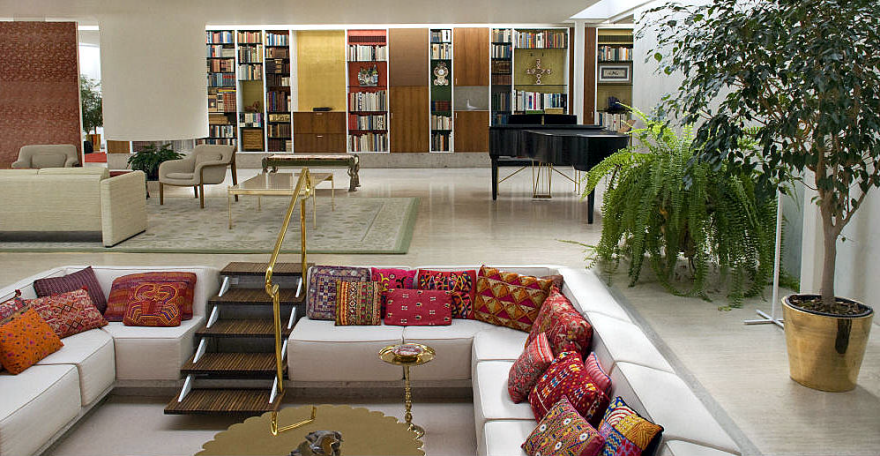 There were other benefits, of course. As you can see here, the design makes it more challenging for the maid to lug the Electrolux down there to vacuum up all of your cigarette ashes. 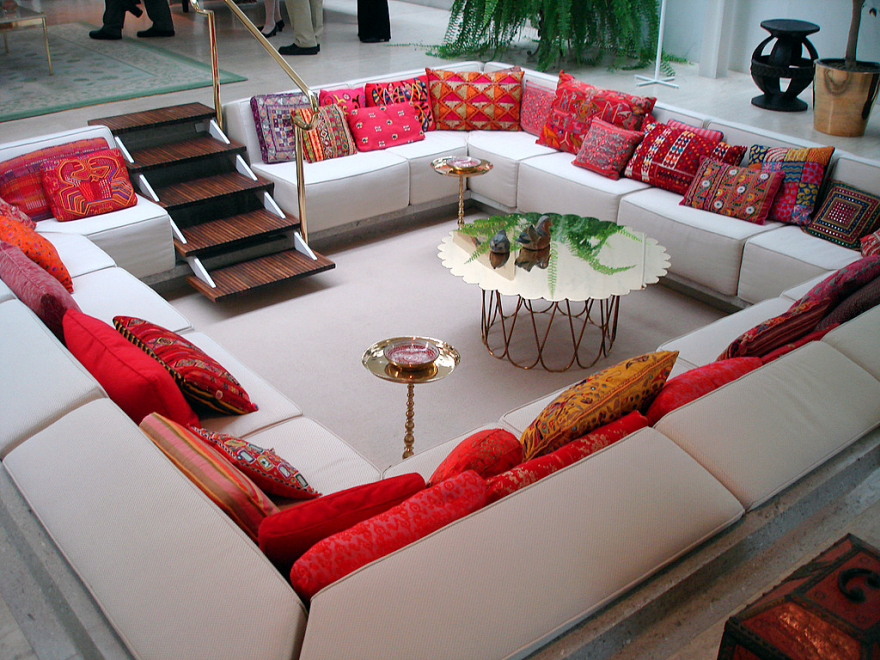 During the same era, architect Ulrich Franzen designed the Beattie Residence, which also featured a conversation pit, seen below. 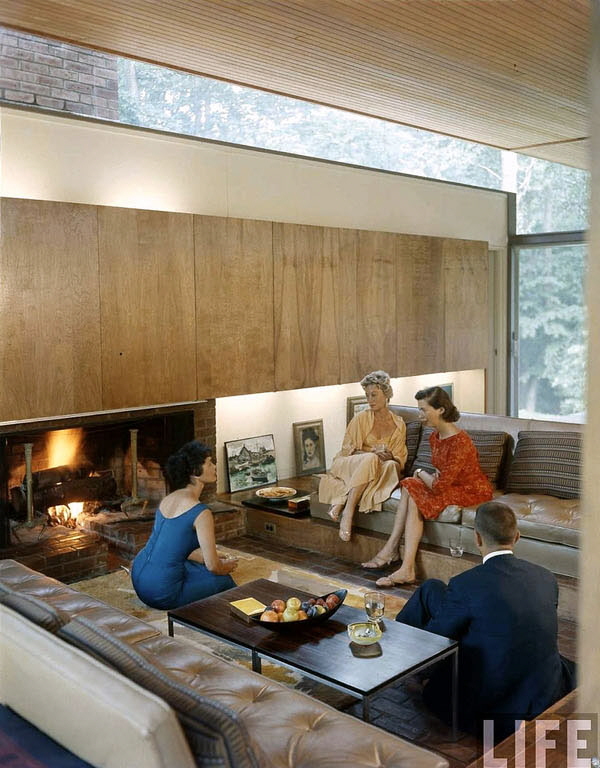 The Primary Color Sisters enjoy an informal debate. Blue Sister is made to sit on the lower part until she can successfully defend her position, at which point she's allowed to ascend to the couch. Her husband watches in amazement.

In the years since, numerous architects have incorporated conversation pits, each adding their own dash of something special. Let's look at a few! 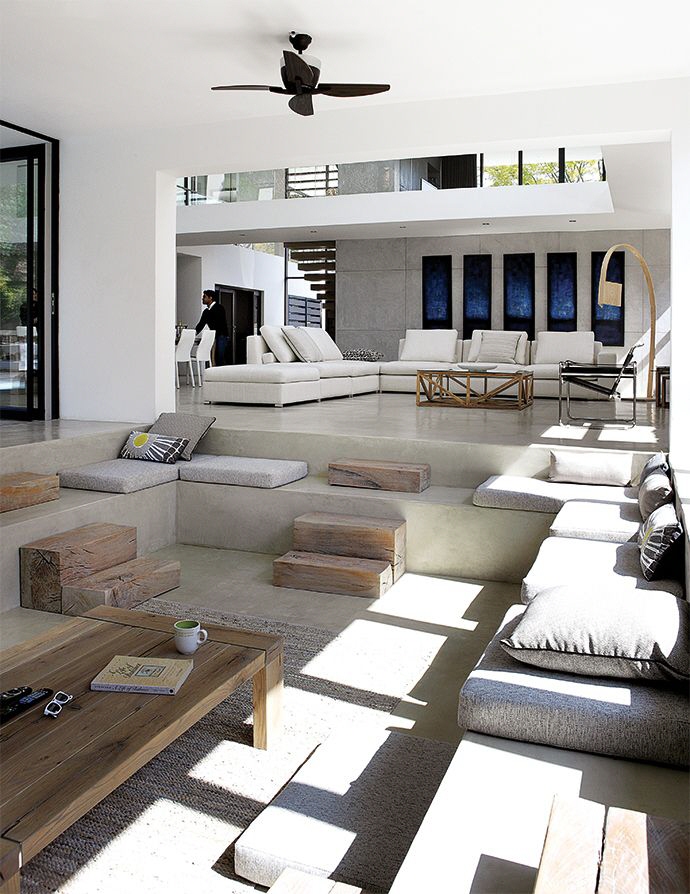 Incorporating hard-edged concrete and steps of uneven height adds an exciting element of treacherousness to the descending process. 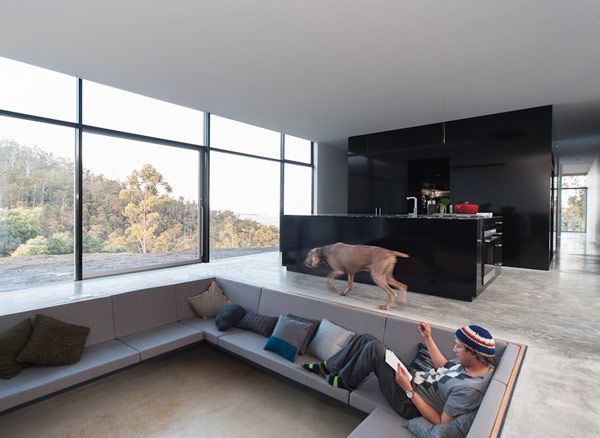 Placing the topmost part of the seating surface on the same level as the main floor ensures dirt, dust and animal dander can find their way onto the cushions, ideally near the head level of seated guests. 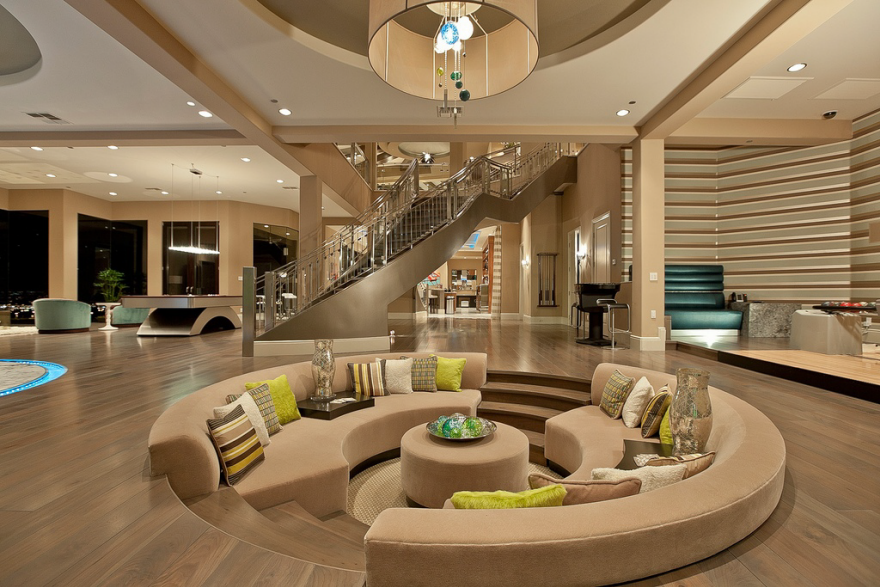 Alternatively, one can raise the level of the backrests to introduce a tripping hazard. Heavy glass centerpieces sprinkled throughout the likely landing zone increase the drama. 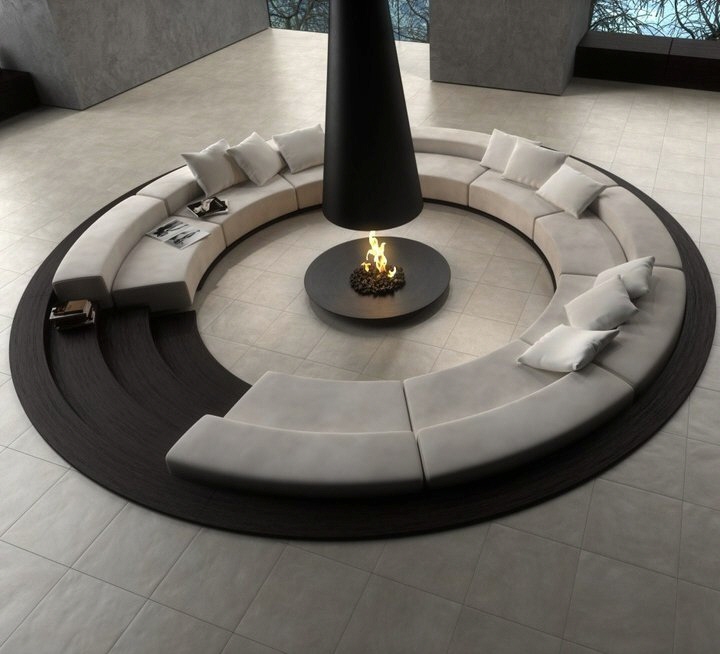 In addition to the tripping hazard, this one features a roaring fire waiting at the bottom, as well as a heavy piece of metal suspended directly overhead. I'm not saying there will definitely be an accident, but if there is, you will definitely post it on Vine. 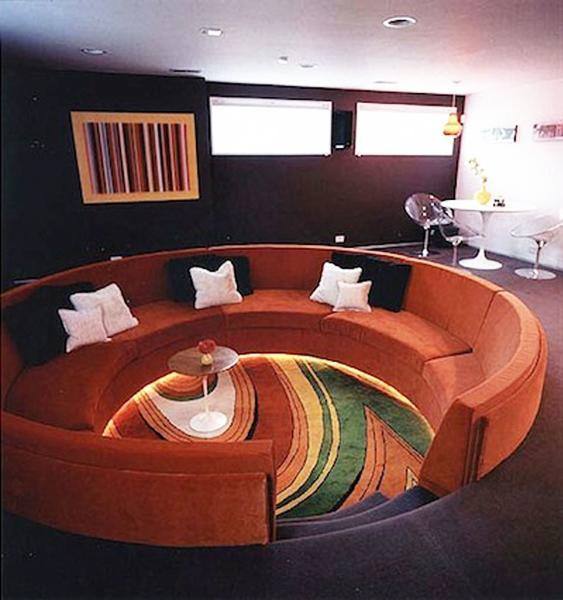 A circular configuration has advantages over a rectilinear one. For example, when paired with a trippy carpet pattern it can conveniently increase the sensation, after one drink too many, that the room is spinning. 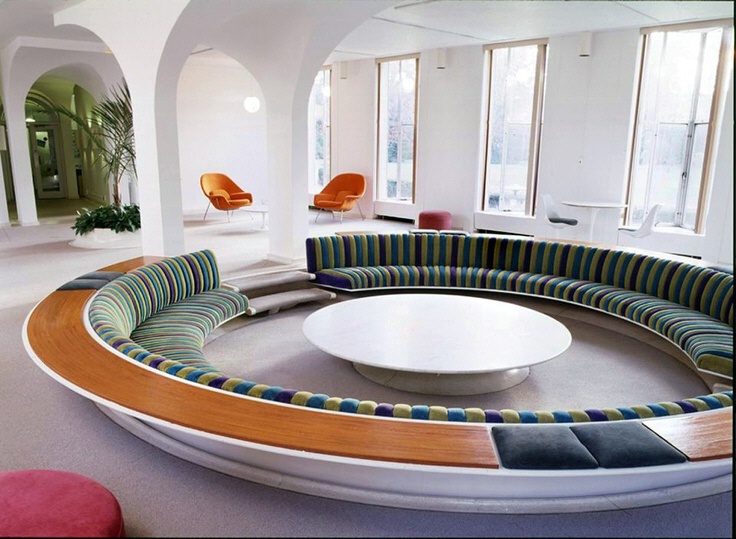 The diameter of this ring allows you to see all of the guests, while keeping you at the appropriate distance that you can't actually interact with them without shouting.

The one we've seen that most addresses social needs is this one, below. We all know the awkward situation of guests who linger too long, ignoring your hints of "Boy, I've gotta get up early tomorrow for that major surgery" combined with histrionic yawning. This configuration solves that issue. 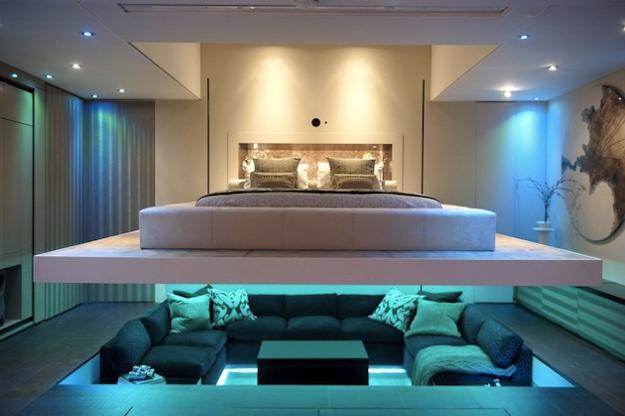 You as host can easily empty the pit of droning guests: Simply lower the automatic platform, change into your pajamas, and wordlessly climb into bed.