The PaperLab turns waste into fresh paper in three minutes!

Japan's Seiko Epson Corporation has developed something that beggars belief: An in-office paper recycling system that's not much bigger than your break room's coffee station. Called PaperLab, the system not only saves you the trouble of having to ship your paper off to be recycled (not to mention the attendant greenhouse emissions of transportation), it also means you no longer need to shred sensitive documents; the recycling process will sufficiently mangle your Madoff-like dealings. 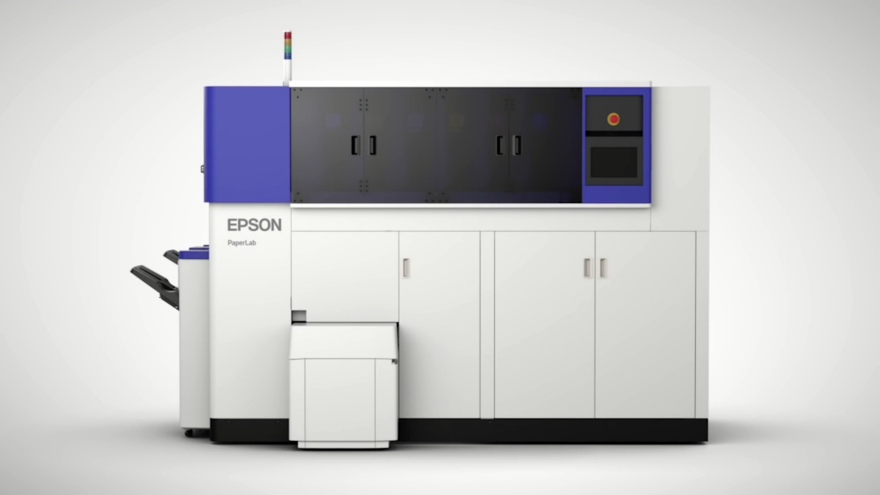 Doesn't Use Water to Recycle

Impressively, the system does not use water to recycle the paper. "Ordinarily it takes about a cup of water to make a single A4 sheet of paper," the company writes. "Given that water is a precious global resource, Epson felt a dry process was needed." They've thus developed what they call Dry Fiber Technology, a proprietary three-step process that somehow transforms waste paper into fibers, then binds it back together and forms it into sheets.

Can Produce Multiple Types of Paper

As for what size sheets, and how thick, the end user has a lot of options:

Users can produce a variety of types of paper to meet their needs, from A4 and A3 office paper of various thicknesses to paper for business cards, color paper and even scented paper.

The company claims that once you insert the waste paper and hit "Start," a fresh sheet pops out just three minutes later. "The system can produce about 14 A4 sheets per minute and 6,720 sheets in an eight-hour day." To produce nearly 7,000 sheets in a single 9am-5pm period is impressive. And by our math, all you need to do is have one intern work the machine from 5pm to 1am, and a second intern do 1am to 9am, and you can produce 20,160 sheets every 24 hours!

So is This Real, or Vaporware?

You'll notice the company's video of the PaperLab shows its implications more than actual operations...

…but they'll be demonstrating the machine in action next week at the 2015 Eco-Products Show in Tokyo.

The PaperLab is scheduled to go into production in 2016, and it appears that initially, Japan will be the only market. "Sales in other regions [will] be decided at a later date," is all the company will say. Looks like your current batch of interns has dodged a graveyard-shift bullet.