As industrial designers, what can we learn by looking at the iConvert Scanner?

Executing good industrial design is hard. This object here perfectly illustrates the gulf between the designer's intent and the end user's experience. It also shows how a device that was initially useful can turn, within months or years, into a worthless piece of plastic and wires destined for landfill. For those of you whom are both looking to design your own products and are interested in your products' longevity, please consider what you might have done differently here.

First off, the concept is excellent. The iConvert Scanner is a small, cylindrical device that the user plugs their tablet into. A slit beneath the tablet accepts pieces of paper ranging from business-card- to document-sized. When the user presses a button, the paper is automatically advanced through the machine and scanned; the image simultaneously scrolls up the screen, providing feedback that the document has gone from physical to digital. 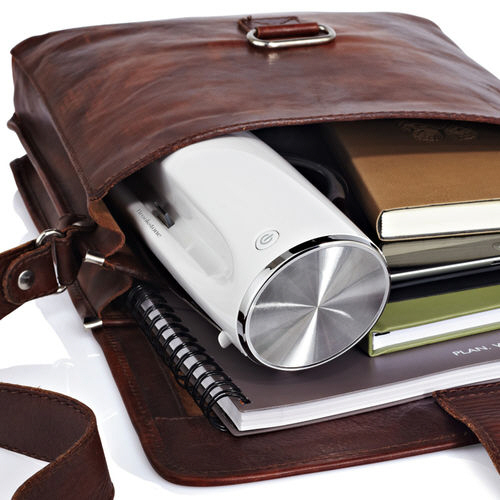 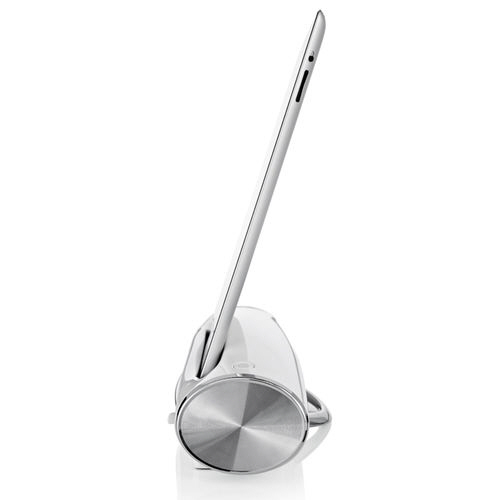 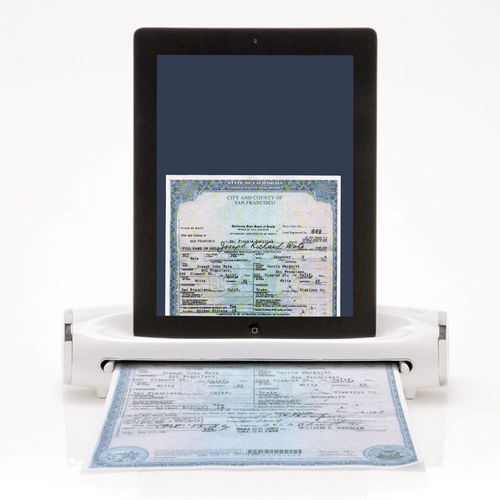 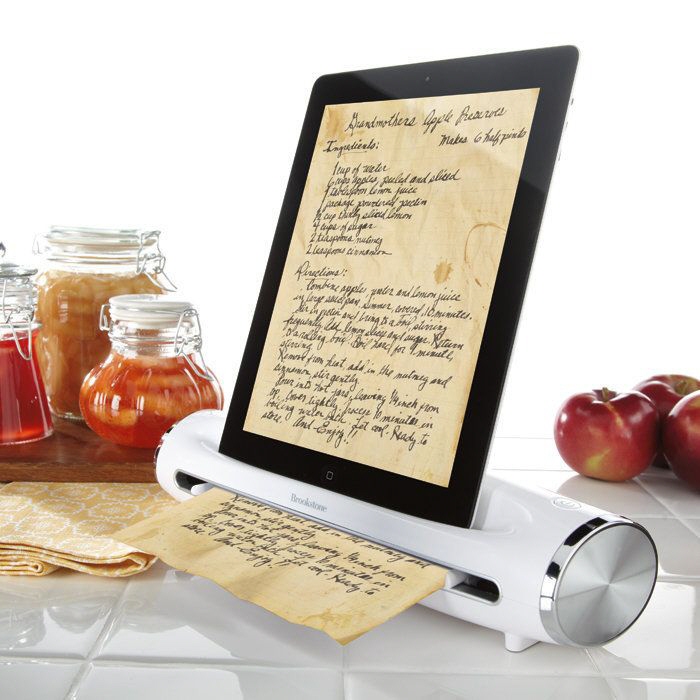 Let's look at the short demo video by the retailer:

If that was a Kickstarter pitch, this thing would surely be funded. The scanning visual, while not quite synchronized between the paper disappearing and the digital image appearing, is alluring. It looks easy to use and the device appears portable enough to travel with.

Here's an apparently impartial video of an end user reviewing the device, released several years ago, when it first appeared on the market:

So here we have a look at some shortcomings in the execution. First off that annoying graphic of the paper sheet dancing back and forth on the screen, indicating it's ready to feed. That graphic might be useful the first time one uses the device, but after that one surely understands where the paper is meant to go, and the jerkiness of the graphic seems it would be irritating; a simple still image of a sheet of paper and a red arrow would suffice. If the graphic is only meant to indicate the object's readiness to scan, surely that can be handled in a more visually pleasing way.

Secondly we see the innards may not be up to snuff. I've watched the video several times, and the user feeds the sheet in perfectly. But as soon as he hits the button, the roller on the right grabs the sheet before the roller on the left, and the result is a crooked image. How annoying would that become over time?

Gets You Only So Far

With this device, the end user's goal is not to scan an image; it is to transform data on a paper into something they can use, by getting it into whatever their personal organization system is.

This device's app scans the image as a JPEG and gets it into your Photos app. That requires you to go through the Photos app and perform another operation, or go through another app like Goodreader, as the man in the video has done, to transform the file into a format you can use.

It would be far better if this app allowed one to scan the image, then converted it into a PDF that you could directly e-mail to yourself. That may not be possible due to Apple's tendency to wall off their software, but this lack of functionality is one source of the device's poor reviews.

Here's another review, this one by SlashGear, which reveals another surprise:

The fact that it does not crop to the guides, and instead scans across the entire width and then requires the user to crop the images after the fact, seems absurd. At the very least they could have included cropping functionality within their own app.

Although the device features a connector that plugs into your tablet or smartphone, it does not charge it. Had the developers included that functionality, this object could have served as the main dock and lived atop many an end-user's desk.

One problem that all app developers face is software updates. As iOS continually evolves, there's no guarantee your app will work after the next update; so if you're designing a product meant to be paired with a custom app, you need to devise a long-term system of keeping it updated. The iConvert Scanner reportedly worked well upon its release in 2012, but after Apple released iOS 8 the device became a brick. "I wrote to the Brookstone developers asking if we could expect a software update making the device compatible with iOS 8," reads one consumer review. "They informed me they had no plans for an update."

There's no date on that review. At press time the scanner is still listed on Brookstone's website, but it appears it is no longer for sale.

So here are the real questions:

1) Would it be better if this object had never been designed and produced at all? For a couple of years it worked; creating it employed the designer, manufacturer, shipping companies etc. and brought profits to the company selling them. In short, it did its small part to keep the economy going and money changing hands. Does that outweigh its space in the landfill?

2) Can we fault the designers? It isn't their fault that Apple and other device manufacturers continually upgrade their software and very devices. This scanner retailed for $149 and provided those few years of functionality; we pay four to five times that amount for an iPhone that will only last us two years. Is this just where we're at now, in terms of technological product longevity, or can we do better? 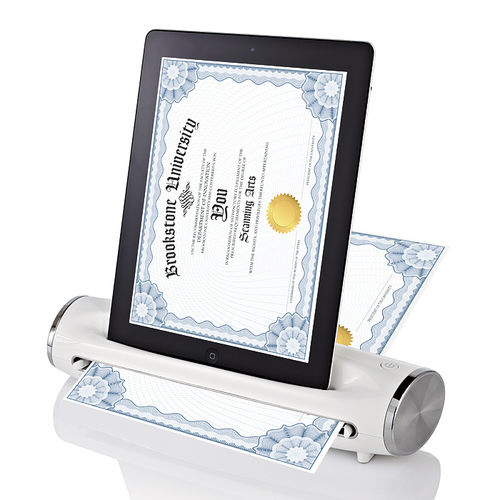