Aminimal Studio teams up with Autodesk for an intriguing experiment in generative design.

When the Optimal Bow Teknika first made its way into my inbox, I was skeptical. Featuring belly-baring women and a twisted piece of metal weaponry, the promotional materials looked like something out of an apocalyptic video game (and one that's a bit objectifying of women). Nonetheless, I was intrigued. Described by its makers as "an archery bow redesigned by generative software," the Optimal Bow is the output of a new prototype software from Autodesk called Dreamcatcher, which uses synthesis algorithms to create designs around constraints.

The idea to create a bow first came to designer John Briscella while practicing archery in San Francisco's Golden Gate Park. One half of Brooklyn's Aminimal Studio, Briscella works with his wife and business partner, Lana Blum Briscella, tackling a range of projects from experimental art to commercial work. "Generative art has been an interest of mine," Briscella says. "It's a relatively small field in art and design. I wanted to show a way to explain generative art and make a functional tangible object." 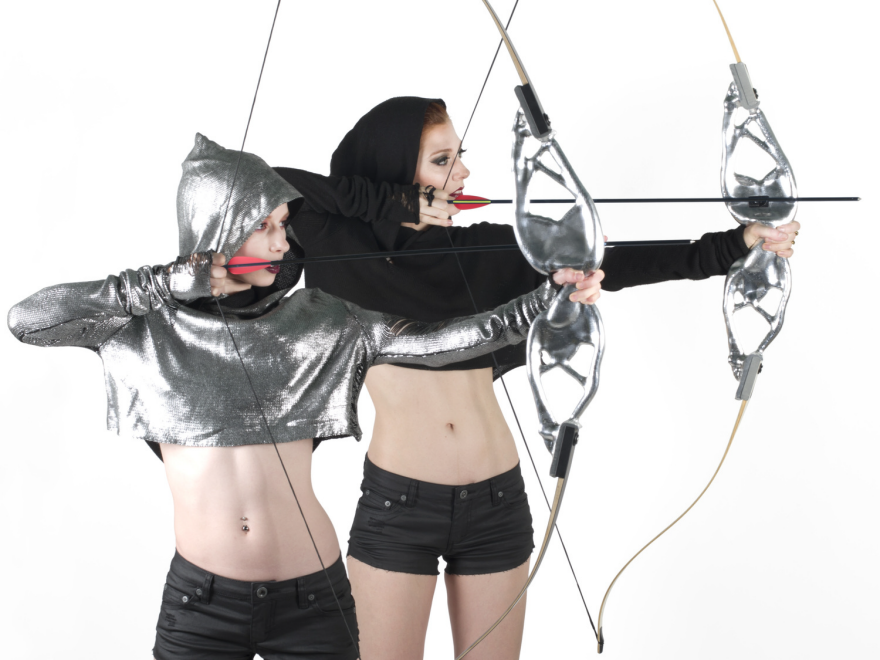 That seedling of an idea came to life during an artist residency the couple had planned with Autodesk last January through June. While exploring Autodesk's offices, the Briscellas stumbled upon a 3D print on Autodesk CEO Carl Bass's desk. "I knew exactly how it was created and what I can do with the software," Briscella says. "Carl connected me with the Dreamcatcher team."

Although the software was at very early stages, Dreamcatcher proved fertile creative ground for the Briscellas to explore what a generative archery bow could look like. By giving the software a series of inputs, Dreamcatcher is able to take that data and create a solution in the form of a 3D model. It's what Erin Bradner, a research scientist on Autodesk's Generative Design team, calls "goal-directed design"—meaning that the software uses an algorithm to reach the best possible solution to a specific problem. The problem, in the Briscellas' case, was a perfectly balanced, highly engineered aluminum bow.

Their project couldn't have come at a better time. During the course of the Briscellas' residency, the Dreamcatcher team was seeking input from designers to make their software better. The husband-and-wife duo were able to collaborate with Autodesk engineers to create the Optimal Bow, all the while providing the Dreamcatcher team with valuable insights to improve their product. "I could make an object that could test the capabilities of the software and machines," Briscella says. "It was an amazing back and forth." 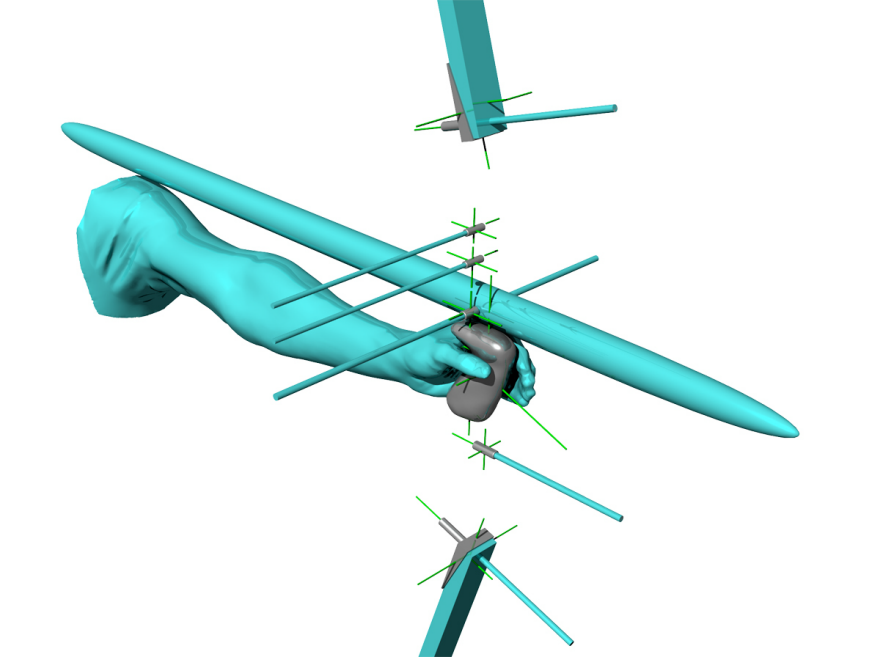 A scan of Briscella's arm holding a normal archery bow was used to create the inputs for Dreamcatcher.

For the Optimal Bow, Briscella first began by picking up a normal bow at a nearby archery shop, and then creating a 3D scan of his arm holding it. Briscella used that scan to pull points, which helped with measuring the bow's proportions when in use. Those points were then used to create abstract forms modeled in Maya. Briscella also modeled the necessary screws, the void where his hand would go, and the top and bottom of the bow as clean geometries. Those inputs, combined with the pressure and direction of the loads that would be bearing down on them, as well as the material properties, were all loaded into Dreamcatcher—letting the Autodesk software fill in the rest. From there, the software could take those constraints and model out a solution in a matter of minutes. The final design is made from negative space subtracting the form, arriving at a solution that is the least amount of material to hold the pressure required of it.

The final form was determined by Dreamcatcher, via a process of subtraction.

"The only control I have over the form is all during the setup of the design," Briscella says. "Afterwards, the only control would be how many iterations and materials." The 3D file of the fully modeled solution was then loaded into Inventor, where tool pathing was set for CNC milling—the designer's tool of choice (the bow could just as easily have been 3D printed at this stage). After being cut on the mill, the final part for the bow was removed from the machine, holes were threaded and the remaining wooden limbs and bow string were attached to the part. The final bow is 65 by 12 by 1.75 inches. And is it a huge improvement over a typical bow? "I am testing with other archers to determine if it is better, but from my perspective it shoots amazingly and inspires me to go out and shoot," Briscella says.

"The role of the designer has changed," Briscella adds. "You are really just setting up the problem to be solved, modeling the parts that need to be connected and the spaces voided. Each connection point is assigned a value for how much weight it needs to withstand and in what direction. Basically, it's like accessing a thousand engineers with college degrees to fact-check your work."

With one project with the new software under their belt, John and Lana Briscella are already working on ways to implement the process in future projects. "We are envisioning a world where design will be inherent to everyone," Briscella says. "Where designers and machines are in closer communication with the process to make the most useful object they need to help create. I think if we can make better software, we can use less material, and with better understanding of how things are made, we can make our own objects and consume less. Understanding and using the robotic processes can help us create things we need in new ways we never knew existed."

Briscella shooting with the final bow

The Optimal Bow Teknika is available for purchase through Aminimal Studio's website for $5,000—a hefty price tag for sure, but Briscella says that any income from the "functioning sculpture" will be used to fund the studio's other experiments with emerging technologies.