The world is already filled with smart people designing and building smart, web-connected objects. But most of these things are siloed off into their own apps, meant to be operated independently of one another. But now a research team at MIT Media Lab led by Valentin Huen, a PhD candidate in the Fluid Interfaces Group, is going to be the group of smart people that ties it all together.

What these guys have come up with is called the Reality Editor, a stunning combination of technologies—AR, Arduino, and clever coding—demonstrated here by Huen:

As you can see, it's something like a universal remote for, well, everything. It's of course dependent on objects having connectivity, which the Arduino-wielding Huen has been familiar with for years. For example, four years ago Huen observed that the Media Lab required both an ID card swipe and a physical key to gain access. He hacked up a simple way to do it with just the card:

Once things are connected to the 'net, then it becomes a matter of designing a tweakable interface whereby the user can manipulate them…

…and easily connect one device to another:

What's most encouraging about this is that Huen and his team are considering every aspect of the user experience. No one wants to scroll through an endless series of apps, one to control the lighting, another to control the temperature, a third to control a kitchen appliance, et cetera. The Reality Editor is meant to serve as one-stop shopping, and the team has worked out a simple sequence of events for how the end user gets various objects into the system.

After an object's connectivity is achieved, the system-building sequence begins with a Learn, Setup, Operate phase: 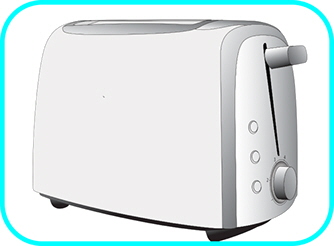 "1. Learn: First, we want to learn everything about the object. How does it work? What settings can we change? What can I do with this object?" 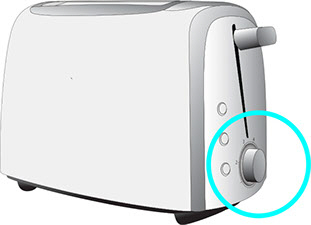 "2. Setup: Second, we want to change the functionality of the object so that it does what we want. For example, setting how long a toaster heats a slice of bread." 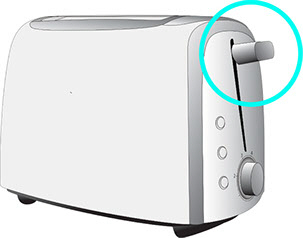 "3. Operate: Finally we want to operate the object every day. For example, every morning we want to push one button to get perfectly toasted bread."

Then it starts to get crazy. Once objects are entered into the system via the team's web- and Arduino-based open-source AR platform, called Open Hybrid, the various components of the machine can be isolated—with the functionality of one able to be digitally "borrowed" and applied to the workings of another. For example, the toaster in your kitchen has a built-in timer. But your mixer may not. Here's how Open Hybrid can break that barrier:

With Open Hybrid you have a visual representation of your object's functionalities augmented onto the physical object. Where before an abstract standard needed to be created, you can now just visually break down an object to all its components.

The toaster now consists of a heating element, a setup button, a push slider, and a timing rotation dial. All of these elements are represented with just a simple number between 0.0 and 1.0. This same simple representation applies to the food processor. Visually broken down, the food processor consist of a motor and a 4 step dial.

If you want to connect two objects with Open Hybrid, you are really only connecting the numbers associated with a given object, never objects themselves. For example, if you need a timer for your food processor, just borrow the functionality from your toaster. Connect the toaster's push slider to the timer dial, the timer dial to the 4 step dial of the food processor and finally the dial to the motor. If you now push down the push slider on the toaster, the timer gets started. The signal from the timer gets scaled by the 3 step dial and eventually drives the motor. Once the timer runs out, the food processor stops.

This is the power of Open Hybrid. Now that the interface allows you break down every object to its components, you only need to deal with the smallest entity of a message: a number. As such, Open Hybrid is compatible with every Hybrid Object that has been created, and any object that will be built.

Sound unreal? Well, "The entire platform is ready compiled for you to build and create," the team writes. The Reality Editor can currently be downloaded at the iOS App Store, and you can get your Open Hybrid on right here.