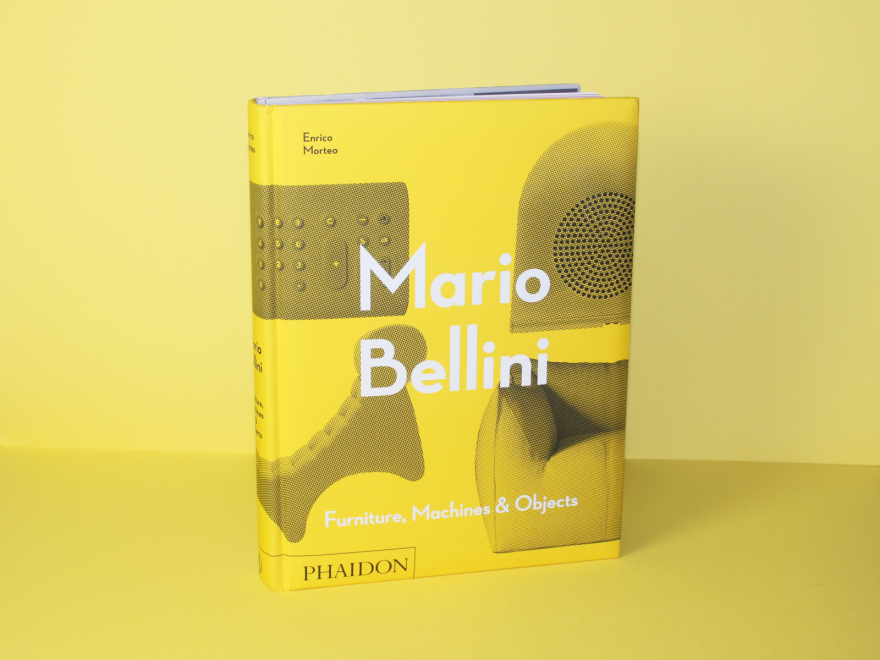 "I think of a design project as an exploration that involves both the mind and the senses. In order to understand something fully, I must test it and investigate it thoroughly, just as children do, when they touch and taste everything around them."

Delving into Enrico Morteo's sweeping monograph Mario Bellini: Furniture Machines & Objects was one of the most engrossing reads I've experienced lately—that might be because the Italian polymath's work was entirely new to me, but even for the most rarefied connoisseurs among us, the book is a significant contribution to design history (or a nice addition for your coffee table, if you prefer). Despite having worked with some of the most iconic design companies—he was the chief design consultant at Olivetti from 1963-1991—Bellini's influential work remains less familiar than some of his contemporaries in the design mainstream. Yet somehow this book has arrived at the right moment. As the line between man and machine is growing more and more blurry, resurfacing Bellini's intuitive approach to industrial design is more timely than ever before. Traced through 500 images in this definitive book—including sketches and photographs from Bellini's personal archives published here for the first time—Bellini emerges as a key figure, still very much influential in the future directions of design. 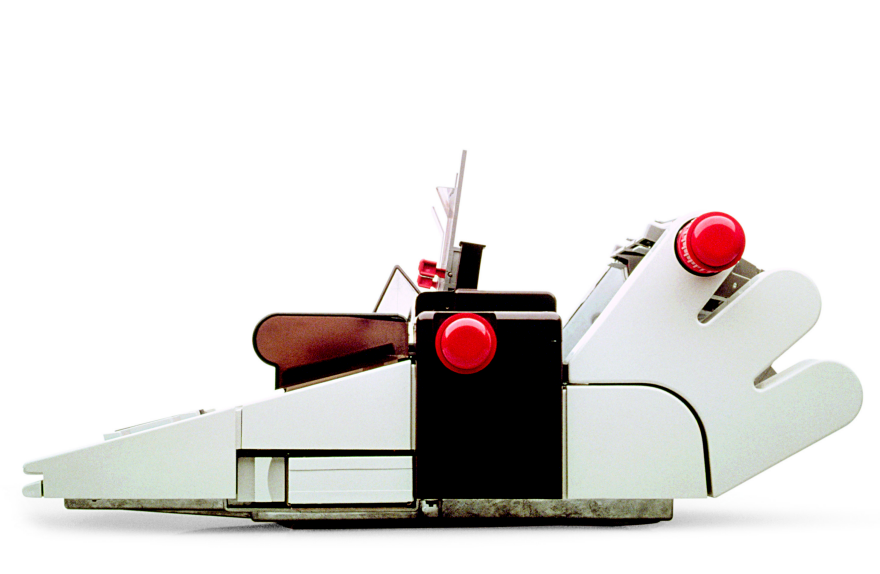 An example of Bellini's juxtaposition of the rational and the playful, the Olivetti A4 Electronic Accounting Machine (1975) features a whimsical rear appendage that looks almost like a dinosaur's spine. In his hands, emerging technologies were transformed by a sense of the fantastic. 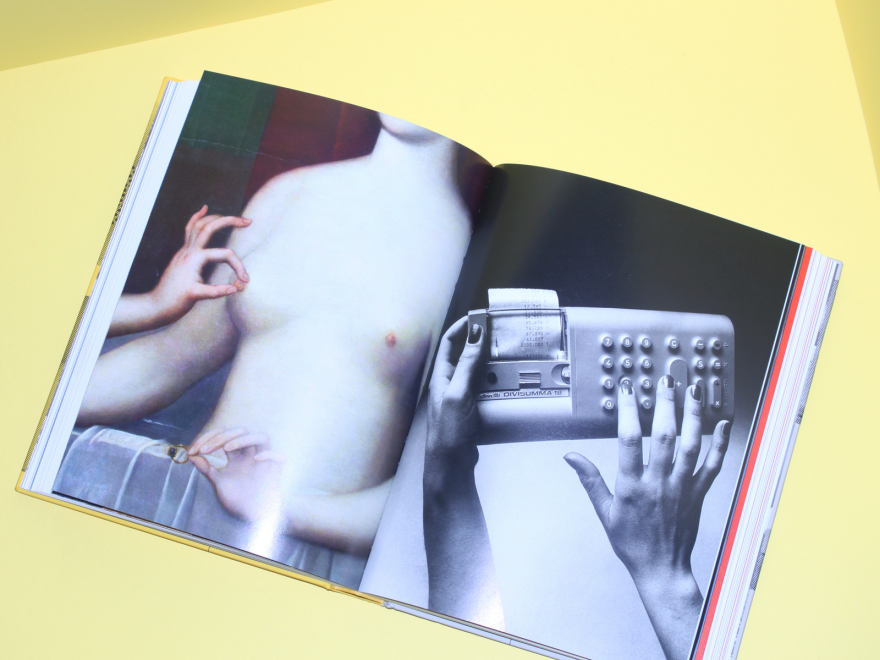 The monograph contains a beautiful portfolio of diptychs showing Bellini's designs alongside the cultural references he drew inspiration from.

"Questioning existing models is what I'm naturally best at. Not being a specialist is the ideal condition for me."

Bellini is perhaps best known as a designer of machines, through his work at Olivetti and Brionvega. Whether he was designing typewriters, TV's, calculators or audio devices, he was uniquely adept at translating the functions of technology into forms that were approachable and surprisingly joyful. At a time when new material innovations—in synthetic resins and polyurethanes—were taking hold of the industry in parallel to technological advances like the increased presence of microelectronics, Bellini faced these new challenges with flexibility. Rather than be daunted by having to answer questions that had never been asked before, he cherished the opportunities they brought forth. In fact, he was wholly against determining a fixed way of doing things, choosing instead to respond to each task with fresh eyes. His projects stand out because they are all so carefully considered, almost as if you could feel each typewriter have a distinctive personality. If there is a single lesson to draw from his work, it is the constant search for new ways in which design can draw meaningful connections between man and his environment. 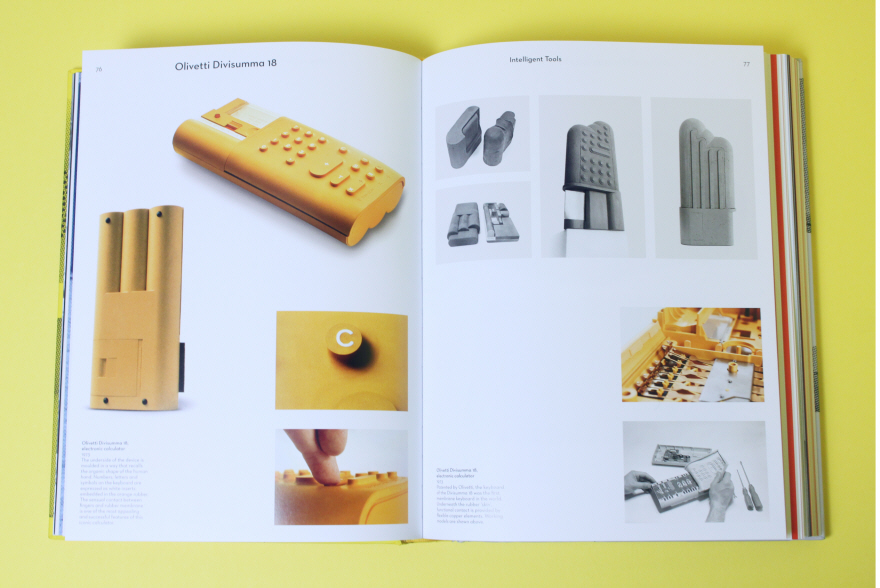 The Olivetti Divisumma 18 Electronic Calculator (1973) is molded after the shape of the human hand. For Bellini, creating a sensual connection between man and machine is paramount. 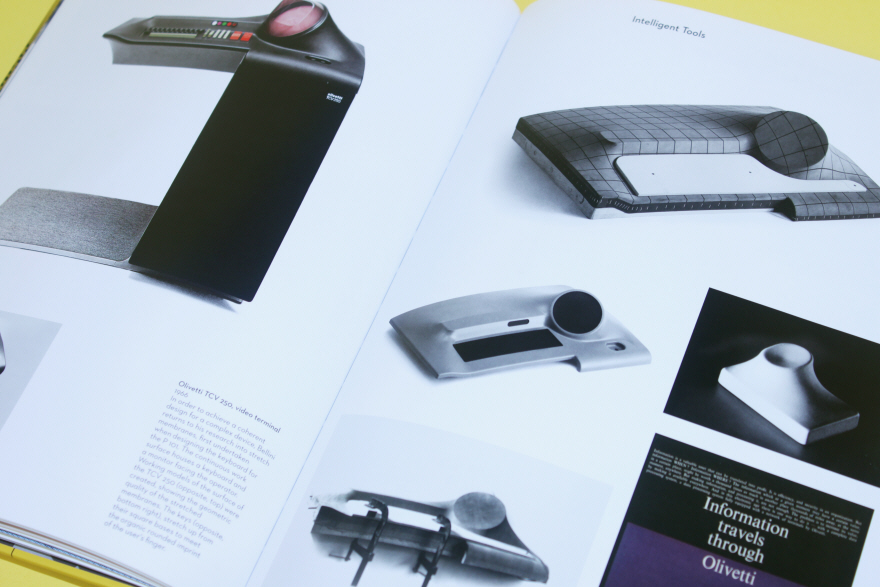 Bellini conducted experiments with stretch membranes when designing the Olivetti TVC 250 Video Terminal to solve the issue of how a screen and keyboard could be held together.

His approach, characterized by skepticism and curiosity, led to a distinctly playful aesthetic—though its impossible to characterize his work as pertaining to any one style. As he watched the design world undergo critical changes, he developed an incisive view that was ahead of his time. For example, in 1982, Bellini observed that "the future task of design will be to design ever smaller and thinner instruments…keyboards the size of a sheet of paper and screens so flat they fit inside a drawer." Pretty prescient, no? One can easily see the correlations between Bellini's close attention to surface, material and color crop up as inspiration for the work of Jonathan Ive or Yves Behar, among others.

"I am increasingly interested in the semantic value of objects, more than in their techno-ergonomic performance. It is the meaning of forms, colors and materials that really interests me. 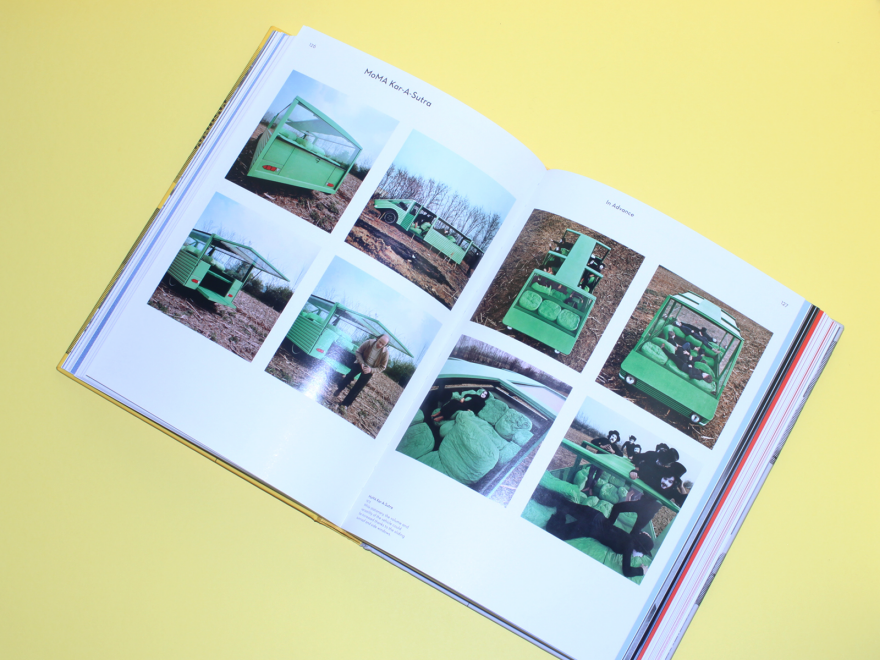 Commissioned for MoMA's 1972 exhibition, Italy: The New Domestic Landscape, Bellini's Kar-A-Sutra is one of his most seminal works and perfectly embodies his playful spirit. 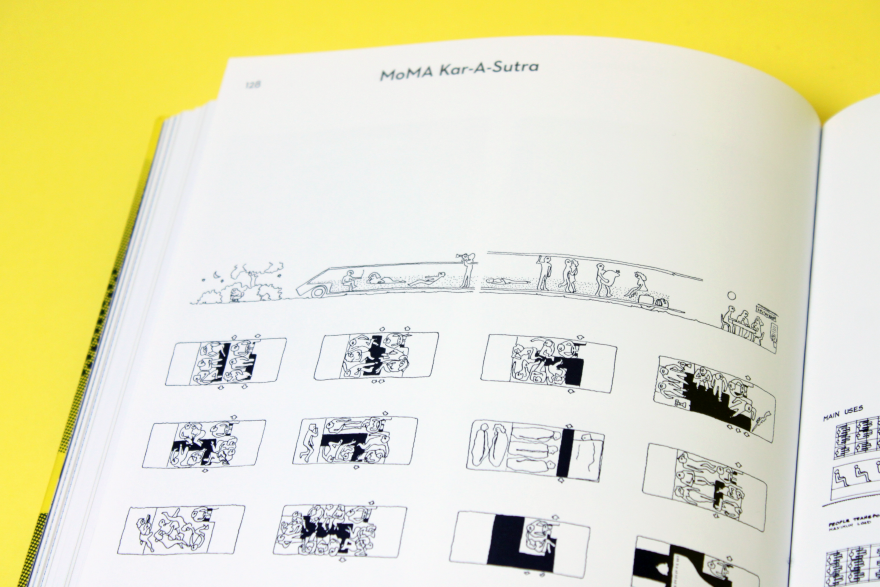 The Kar-A-Sutra featured a flexible interior with seats that could be positioned in a variety of configurations, as seen in the sketches above. This car-as-living-room concept might be a worthy example to look to as we consider the future of autonomous cars.

The book gives an equal amount of weight to Bellini's other work: as an architect in the early part of his career; designing furniture for brands like B&B Italia, Cassina and Vitra; designing lighting for Artemide, Erco and Flos; consulting on automobile design for Renault, Fiat and Lancia; serving as the editor-in-chief of Domus from 1986-1991 and teaching at various universities throughout his career. The monograph is organized around these occupations in thematic chunks and includes a chronological timeline at the end, where readers can quickly see his varied body of work side-by-side. Alongside the extensive visuals, four reflective essays interspersed throughout the book give greater context to the work and its social/cultural setting. The monograph culminates with an intimate interview with Bellini (who, by the way, is currently 80 and still working!) shedding some light on his process and definitive moments of his career.

"My process follows a pattern shaped rather like a tree: each hypothesis is a branch, each possibility a fork in it. It's a process that expands until I intuitively feel that things are beginning to fall into place." 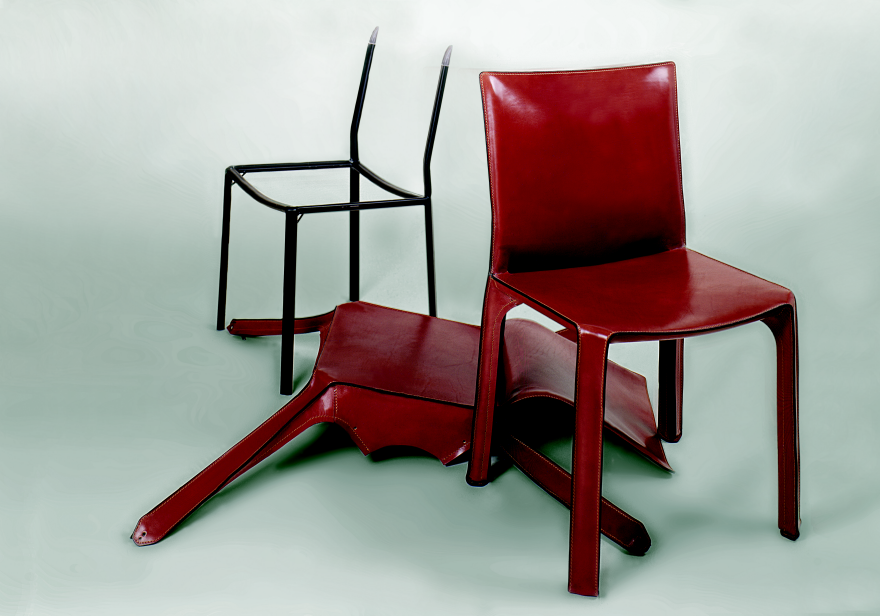 "For almost twenty years I did not have the courage to design a chair, until I came to the conclusion that a 'new chair' could be designed simply 'as a chair', as it always has been, with a seat, a back and four legs." The result of this was the iconic Cassina CAB 412 Chair of 1977.

"We are all part of the river of history and our designs are no more than the latest link in a chain that goes back through the mists of time." 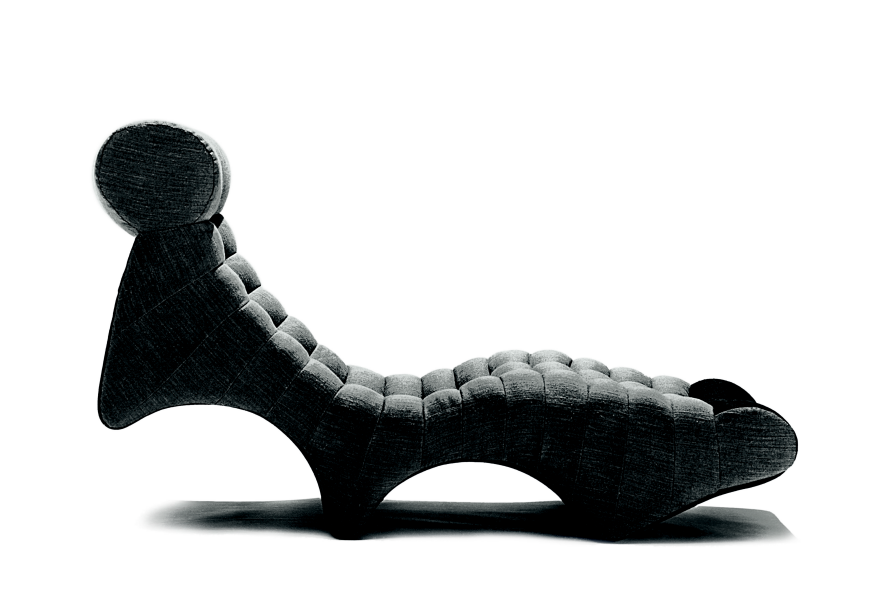 The Bruco 1 Lounge Chair (1965) prototype for Cassina is an example of Bellini's experimentation with organic forms. 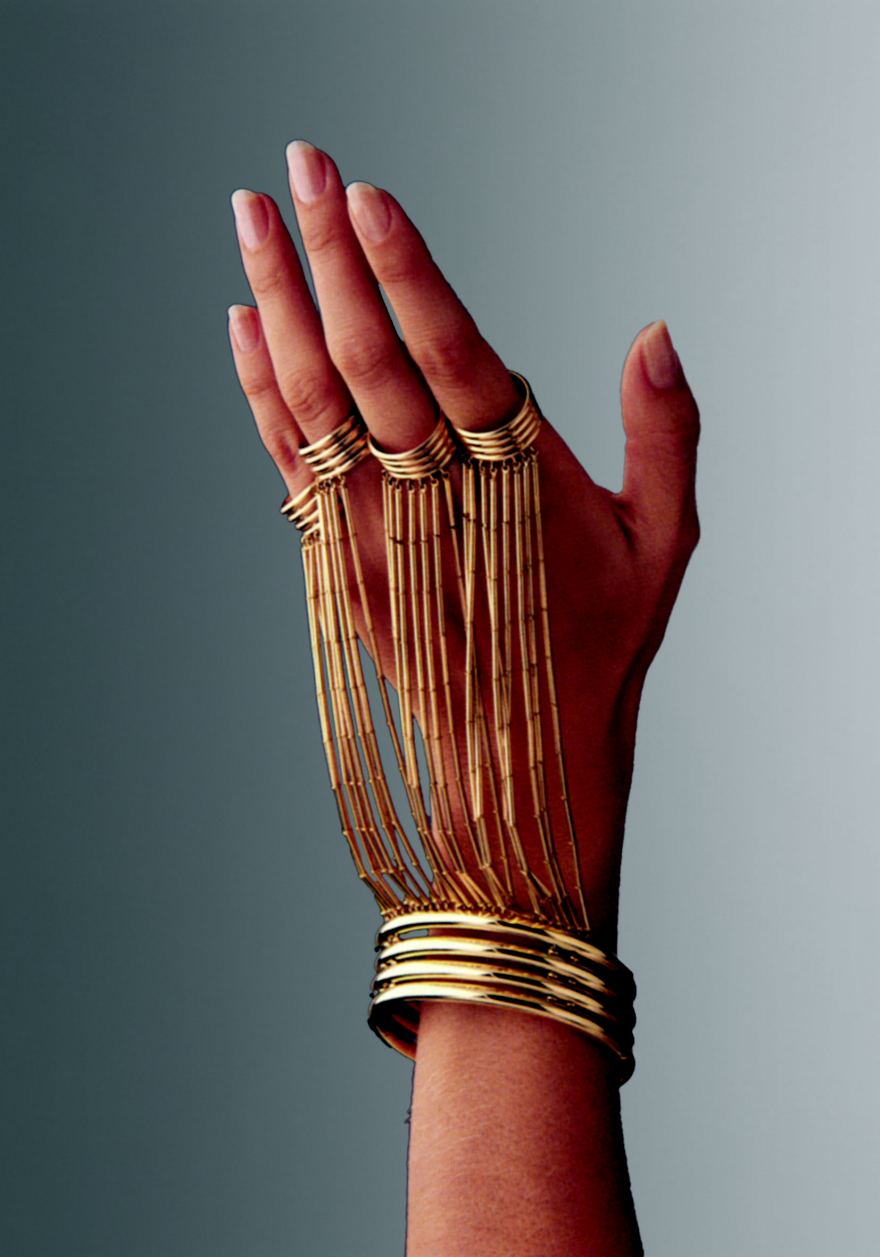 In 1986, Bellini created a collection of gold jewelry for Cleto Munari, focused on creating dynamic objects that change unpredictably with their wearer's movements.