Sometimes the truth is stranger than fiction, which is an idea that certainly carries over to the mysteries of nature (watch enough Discovery Channel and you'll be well aware of this fact). Sometimes these amazing facts, either abstractly or directly, are helpful for designers—hence, biomimicry.

[Editor's Note: See the co-director of the Biomimicry Instiute Prasad Boradkar's argument for "Design for All Life"]

How can these interesting elements of nature be borrowed for better, more ergonomic, or more innovative products and designs? How much will nature's inherent design aspects affect our manmade designs in the future? In this Year in Review, we take a focus on the natural world: whether it's purely a fascinating phenomenon within nature or a product inspired by the natural world around us, here are all our noteworthy articles from the year in animals. 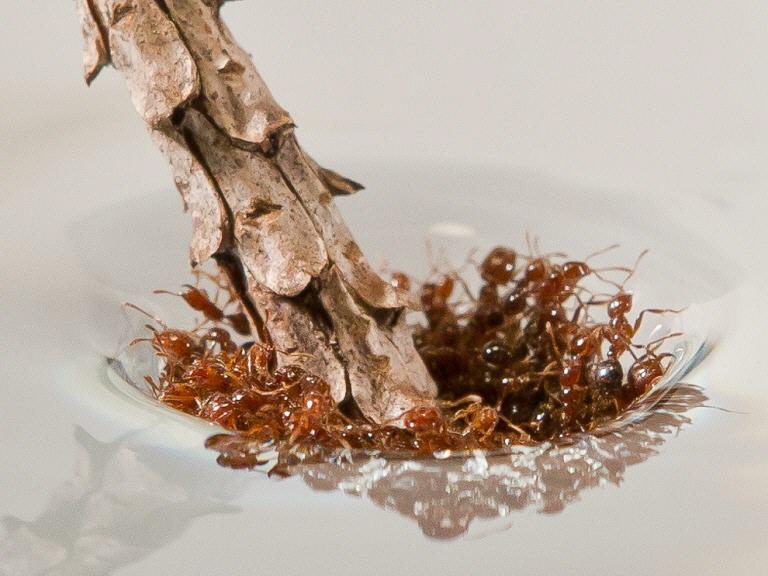 Evolution is nuts, and fire ants are just one example as to why. A few months ago, this video a news reporter released of a fire ant colony creating a raft out of themselves went viral, but this phenomenon isn't a new discovery. The fine hairs on fire ants bodies' apparently prevent the water's surface from breaking, which makes these little guys the perfect buoyant material for rafts. 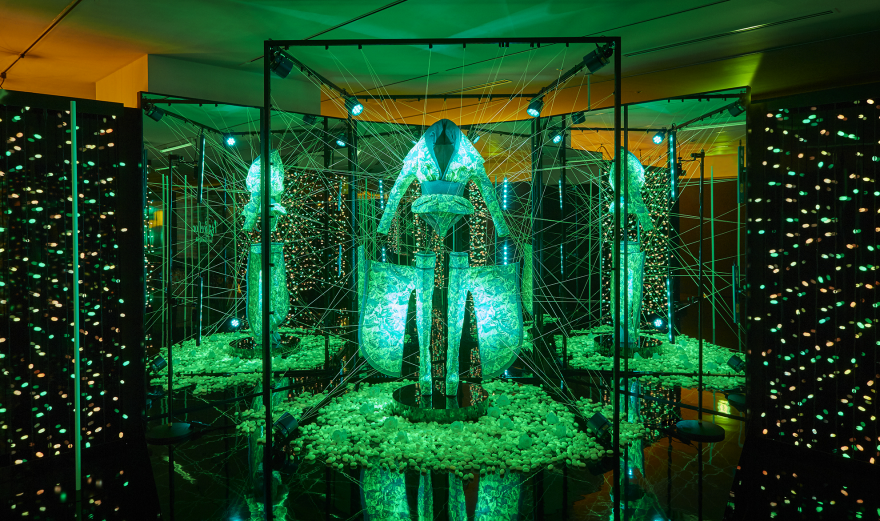 Designer Hiromi Ozaki's recent collaborative project with Japanese researchers and Gucci is a collection of clothing made of genetically engineered silk. The silk was developed by researchers at NIAS (National Institute of Agrobiological Sciences in Japan) in 2008, and is made by injecting silkworm eggs with jellyfish or coral DNA. As a designer interested in design fiction and questioning the impact of (future) technology on human biology, Ozaki's project explores the role that biotechnology could play in everyday life. 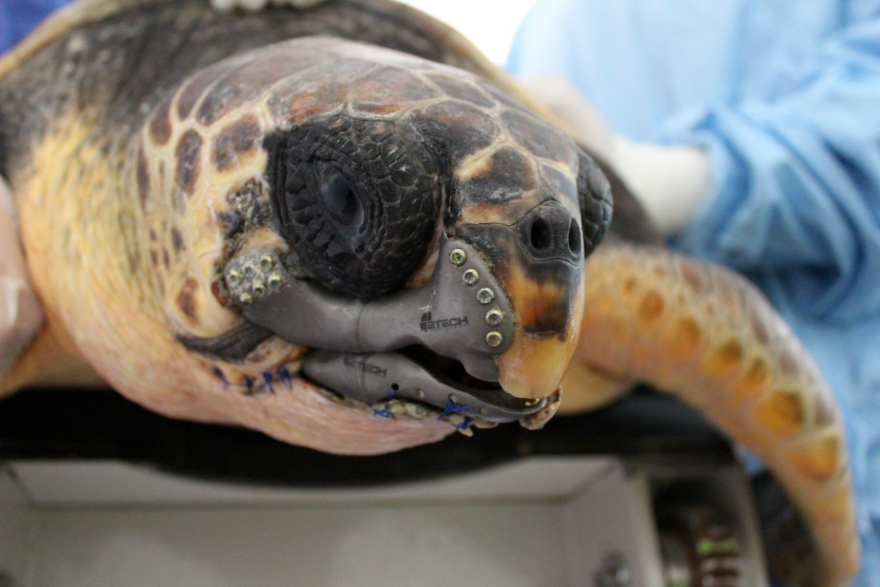 A sea turtle wounded in a collision with a boat propellor rendering him unable to eat was saved this year using the power of 3D fabrication (while also leaving him looking sort of like Bane).

A Bird That Perfectly Mimics the Sound of Power Tools 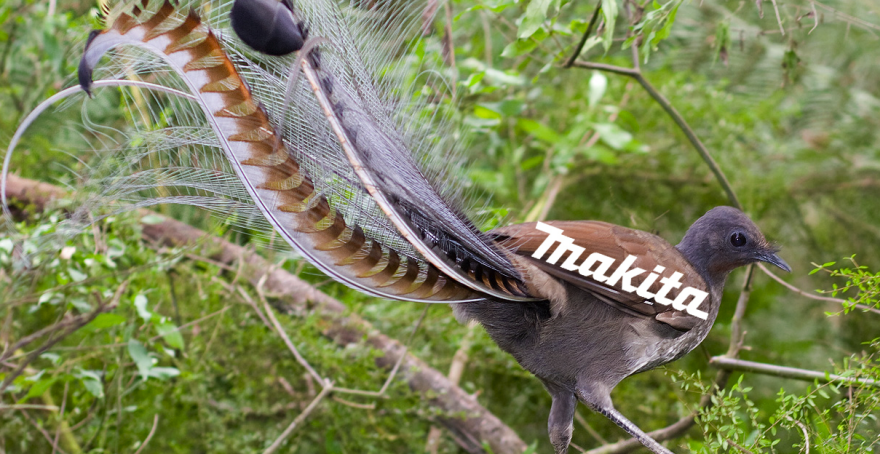 The male lyrebird's mating strategy is to borrow songs from other bird species in the forest to create a highly ornate combination of sounds; the more complex his song, the more attractive he is to the female. So what happens when a lyrebird mistakes human sounds with other bird calls? See the fascinating results here. 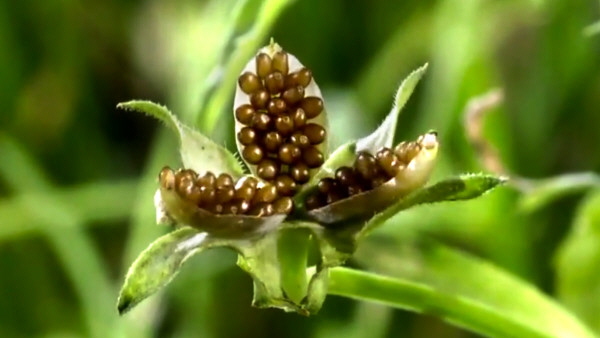 Designed for Speed: Cheetahs Do 0-60 Faster Than a Freaking Ferrari 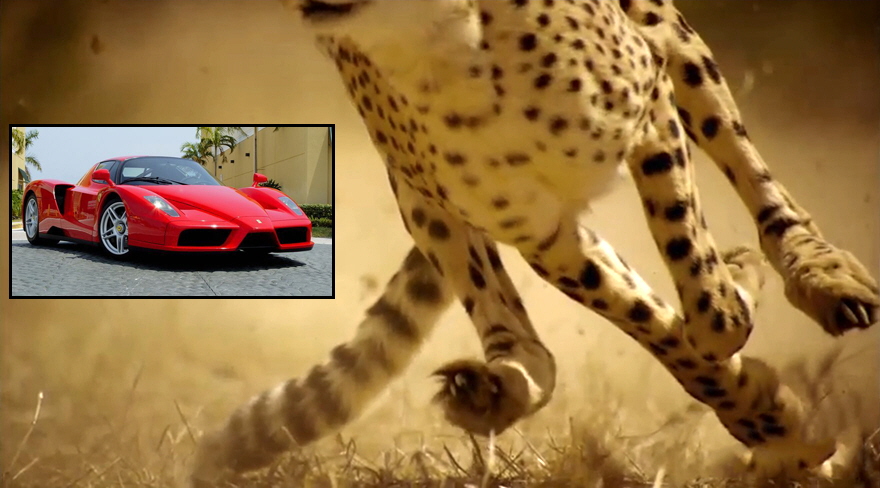 We all know cheetahs are astonishingly fast, but this video demonstrates how not only the cheetah's speed but also its ability to quickly accelerate is what truly sets this species apart from any other animal or machine. Everything from the cheetah's shoulder blades to their footpads are seemingly designed for efficiency, and are also all interesting biomimetic cues for designers. 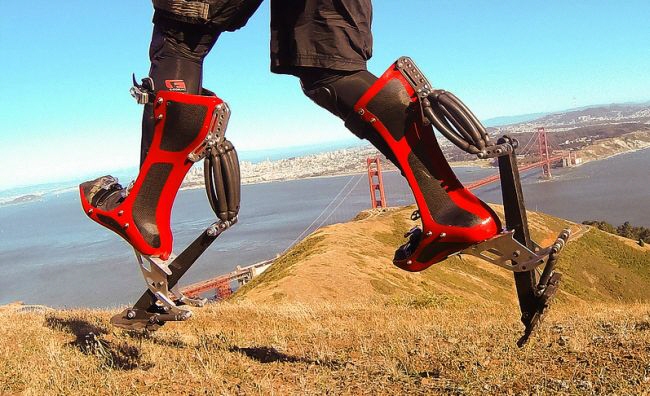 Ostriches can amazingly run up to 40 mph, and the fact that they also run with two legs makes for a prime biomimetic opportunity—which is exactly what designer Keahi Seymour thought when he invented these Bionic Boots inspired by ostriches' fast-paced gait.

A Robotic Hand Based on the Chameleon's Tongue

Taking a very clever cue from nature, this Festo robot takes inspiration from the gripping power of a chameleon's tongue, which allows the robot not only the ability to have a tight form-fitting grip on complex objects, but also to carry several small objects at once.