The Lowdown on the Lowline Lab 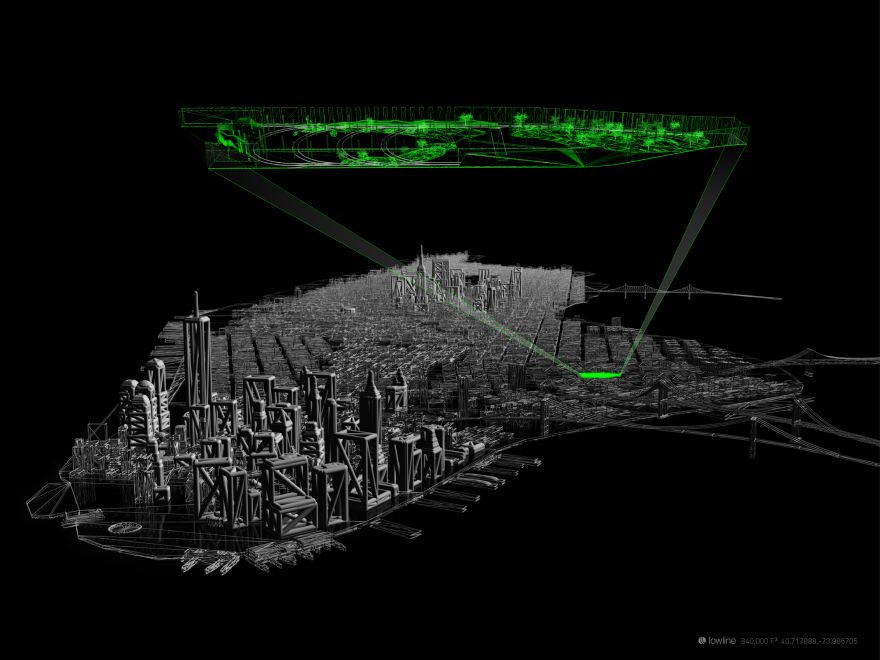 The proposed location for the Lowline Park is a one-acre site where the former Williamsburg Bridge Trolley Terminal used to be. It was first opened in 1908 but has been unused since 1948 when trolley service was discontinued. [Image courtesy of James Ramsey and Daniel Barasch]

Under the streets of New York City's Lower East Side, there is an abandoned space roughly the size of a football field where the old Williamsburg Bridge Trolley Terminal used to be. It's hard to imagine unused real estate like this in Manhattan, but even harder to imagine that this subterranean pathway could become one of the greenest spaces in the city. Through simple yet brilliant solar technology, this site might soon be home to the Lowline—the first underground public park. 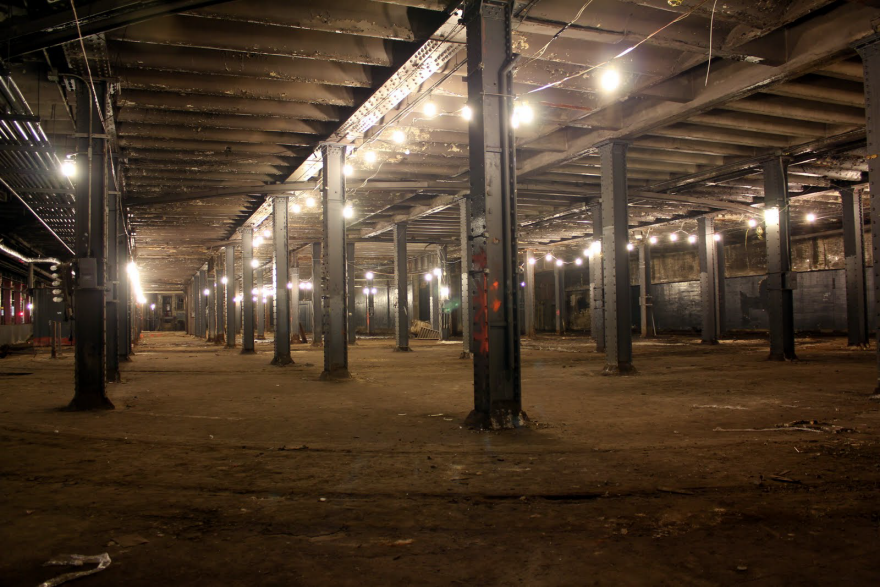 View of the site in its current condition. [Image courtesy of James Ramsey and Daniel Barasch] 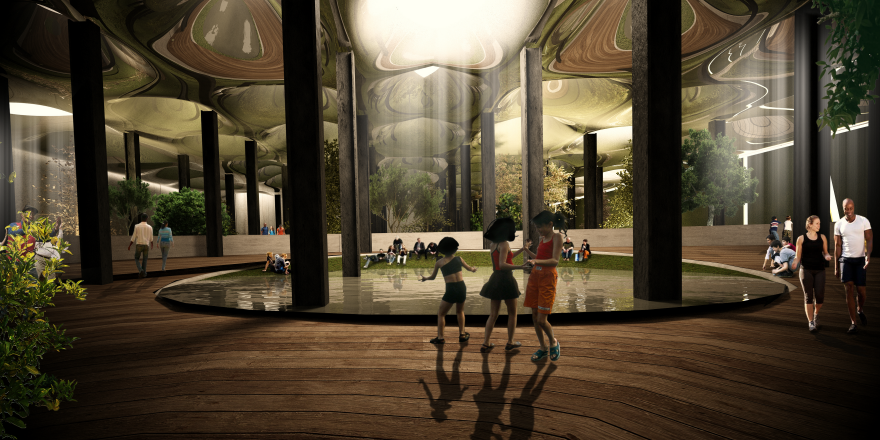 The Lowline would create a new kind of public space, simultaneously embracing the historic elements of its site while introducing cutting-edge technologies that allow plant life to grow underground. [Rendering courtesy of James Ramsey and Daniel Barasch]

As seen in the diagram above, the proposed solar technology centers around the creation of a "remote skylight." This technology would transmit the necessary wavelengths of light to support photosynthesis, enabling plants and trees to grow. During periods of sunlight, electricity would not be necessary to light the space. [Image courtesy of James Ramsey and Daniel Barasch]

While the city tends to grow upward with skyscrapers and elevated parkways like the High Line striving for the sun, architect James Ramsey from RAAD studio and co-founder Daniel Barasch have been reaching in a different direction. To devise a solution for inhabiting the depths of the city, Ramsey and Barasch propose using a series of parabolic light collectors to encapsulate sunlight and inject it where no one knew it was needed. This "remote skylight," as they refer to it, opens up a world of possibilities for the historic site; the old terminal was abandoned in the 1940s, but the Lowline will leverage its charming array of "remnant cobblestones, crisscrossing rail tracks and vaulted ceilings" with the new life-giving technology.

The Lowline is currently limited to a small exhibition space and working prototype that proves the project is possible if it can get enough support to expand. Housed in an old warehouse on Essex Street, the Lowline Lab displays ongoing experiments in horticulture and lighting, as well as information on the technology that could make this urban jungle a reality. The Lab has the dual purpose to educate visitors on what could be and raise awareness to make it happen. Since its opening in October, it has been visited by over 15,000 people during the community's free weekend schedule. Weekdays, the Lab hosts a Youth Designers Program, where kids in grades K-12 interact with the site's unique conditions as they experience applied science, technology, engineering, arts, and math firsthand. 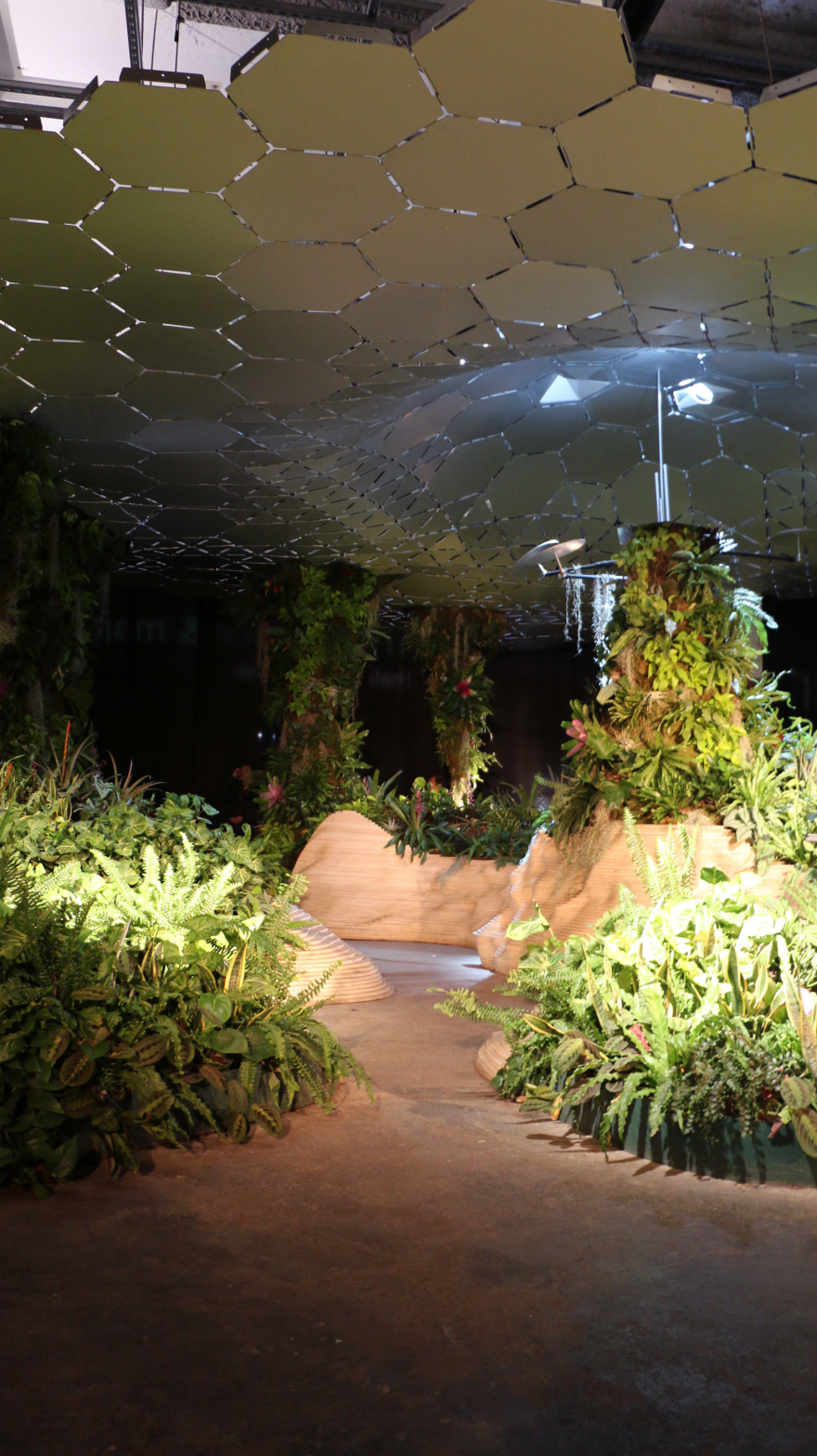 Built inside an abandoned market  just two blocks from the site of the proposed future Lowline, the Lowline Lab is a working prototype composed of controlled experiments in an environment mimicking the actual Lowline. 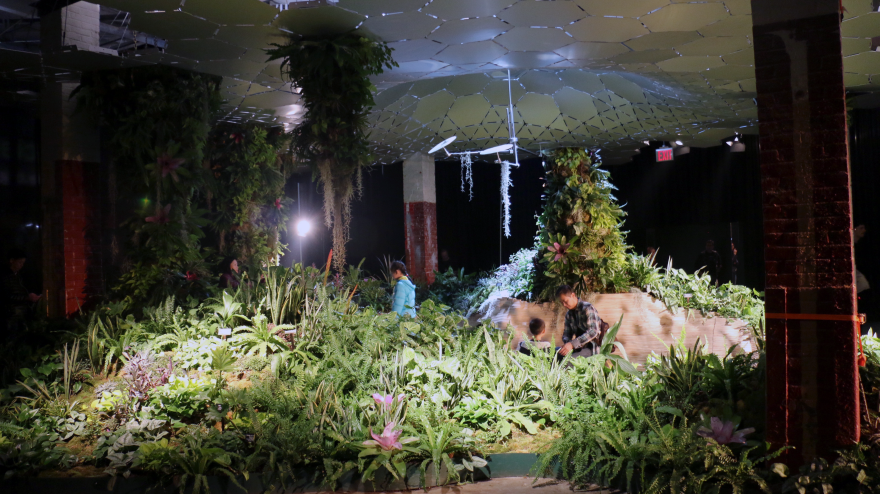 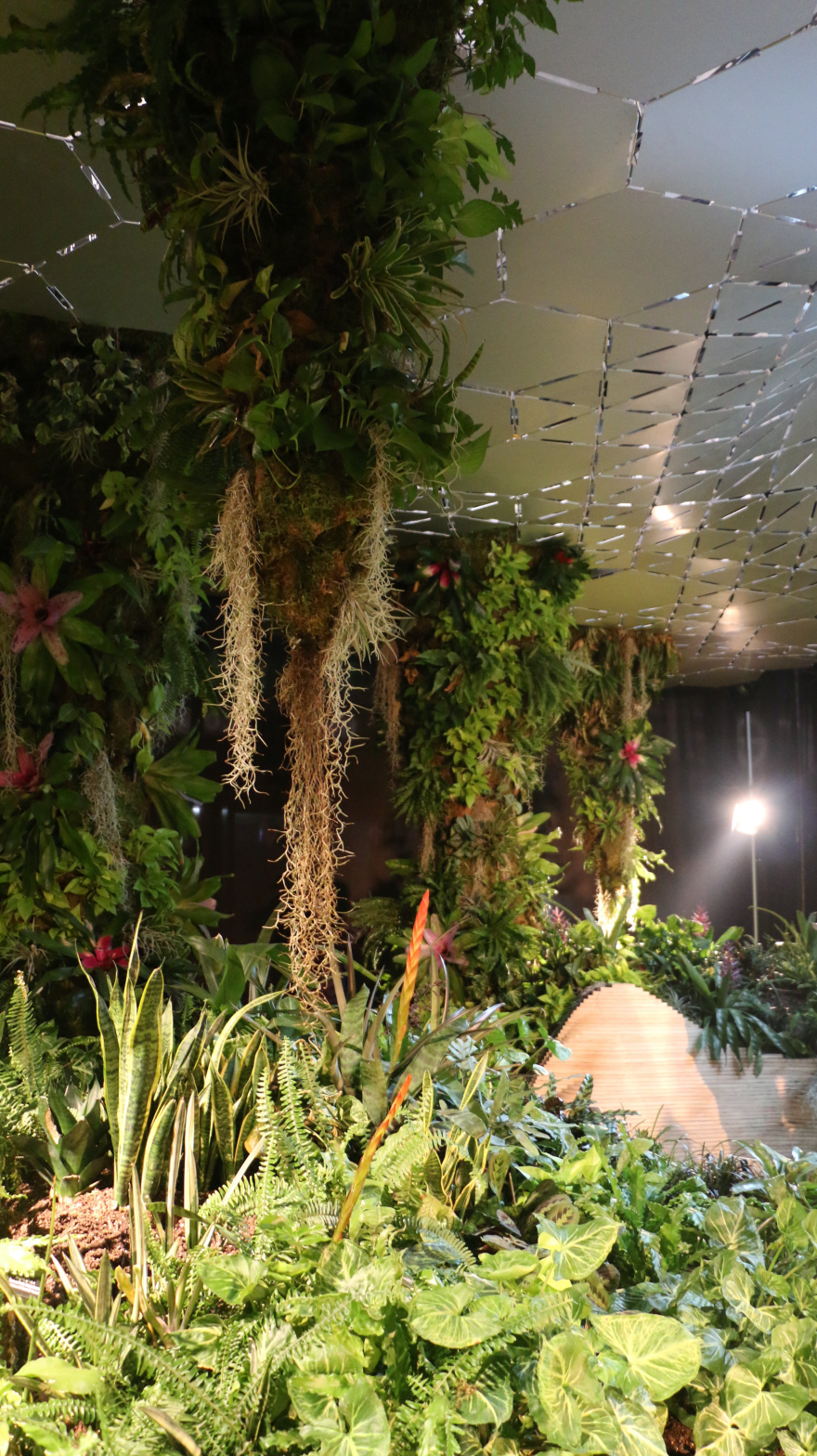 Walking through the Lab, the feeling is equal parts inspiring and uncanny—it's suddenly possible to imagine lively underground pathways webbed into the currently damp and dreary subway. Not to mention what this could mean to other sun-deprived spaces. In a city where parks are scarce, it's hard not to be optimistic when you see the possibilities for green spaces increase. "To date, we've received interest in the solar technology from the US Department of Agriculture, who is interested in this approach as a potential way to grow food in urban areas; from the Mayor of Paris, who is interested in using this technology to illuminate abandoned transportation infrastructure in the French capital; from city officials in Singapore, Korea, and elsewhere around the world; and from a range of private developers," explains Barasch. "It is clear that the Lowline and Lowline technology could have a greater impact than just our proposed location—and this is incredibly inspiring to our team."

The Lowline Lab will be open on weekends through March 2016, as the final negotiations with the MTA and the City conclude. If all goes well, the Lowline would open to the public in 2020.

The Lowdown on the Lowline Lab