The Finnish-born, Los Angeles–based designer Janne Kyttanen has been pushing the limits of 3D printing for the past 20 years, creating everything from a print-on-demand luggage kit to an ultralightweight mesh sofa. Kyttanen sees these works as prototypes for a not-so-distant future where combining seemingly incongruous technologies and materials is commonplace. With his latest product, for instance, the designer combined 3D printing with metal plating for an effect resembling volcanic obsidian blending into a metal mesh. The resulting table is called Metsidian—as in metal plus obsidian.

Kyttanen likens the process to the way the human body is constructed. “If you look at the human body, it’s a solid piece, but it blends together in a perfect way,” he says. “Your ears are cartilage on the outside of your body, but they blend into soft tissue and cells. I think one day in the future we’ll be able to control how that happens in a very digital and efficient way. I’m conceptually driven to create these kind of stories for the future and hopefully inspire others to help make them happen.” 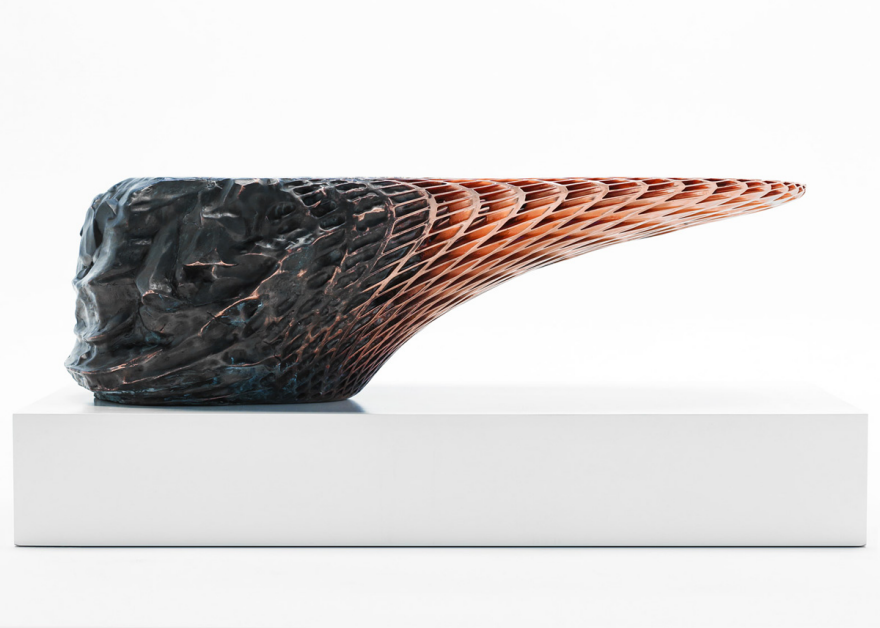 Specifically, Kyttanen says, Metsidian suggests opportunities for the future of 3D printing. “Today we can print in multiple materials together, but I am more curious about creating new problems for the future, rather than solving existing ones,” he says. “How could we mix oil with water, for example, and how could we control that digitally? A lot of things are physically ‘not possible’ before somebody proves otherwise.”

For Metsidian, Kyttanen initially sketched out the form using the programs ZBrush and Studio Max. He focused on creating a form that would emphasize the act of blending not just materials but processes together. Starting with a mesh structure, the designer stretched out the front of the table and built out the heavier backside using ZBrush. “I wanted it to look delicate,” he says. 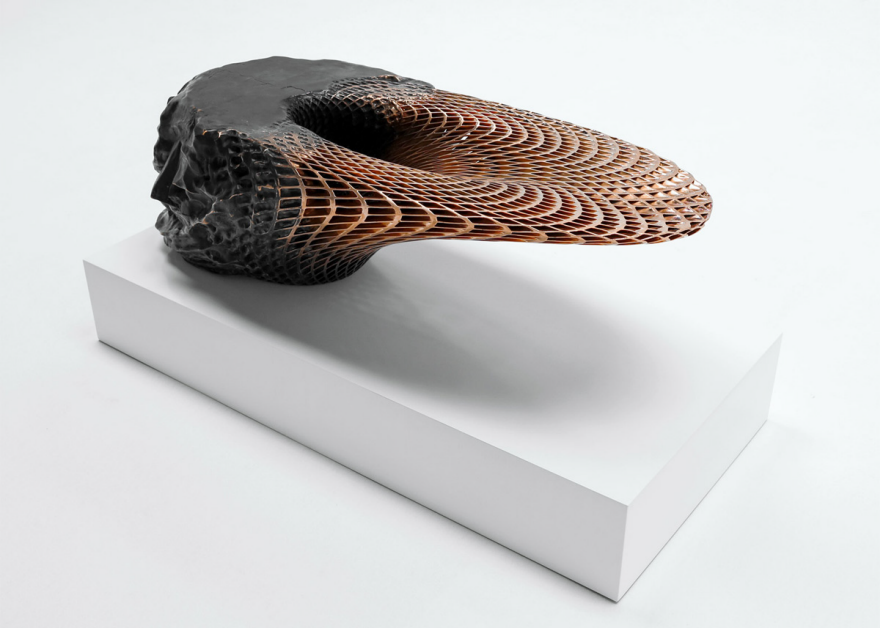 Although the table looks like obsidian and metal, it’s mostly made of plastic and plaster. The final form was realized as a blend of 3D-printed thermoplastic photo polymers and plaster, with careful attention to making sure the seams between the materials were finished properly. “Weight was one challenge of course, and of course the possibility that it might not work,” Kyttanen says. “The back part is made in plaster to give it a lot more weight and the front is made from plastic, so they had to come together in an easy way.” The designer created a few prototypes, including a 1:1 scale replica, to test balance for the asymmetrical table. 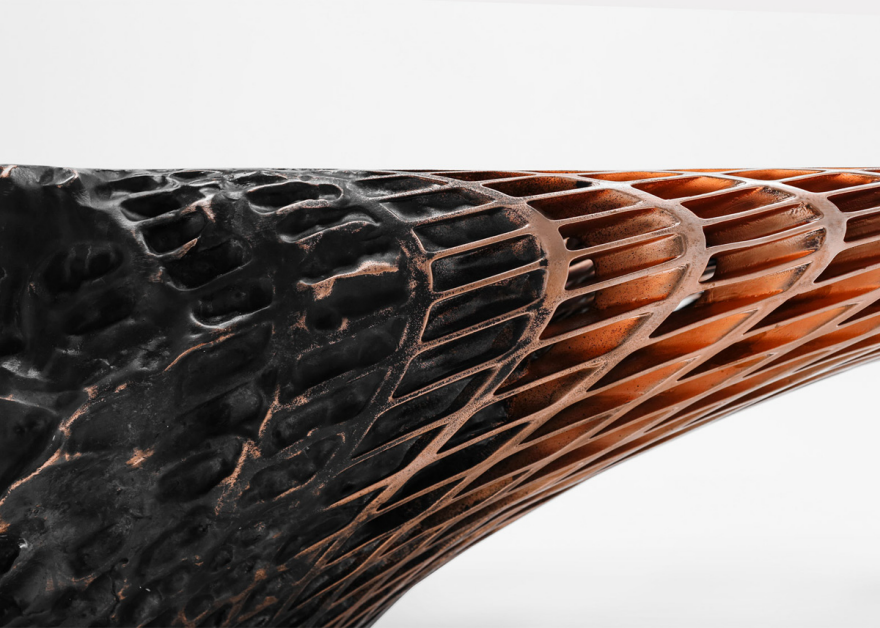 Once the seams were finished, the plaster and plastic core was prepared for electroplating. Carefully dipped into a bath, the entire form was coated in a thin layer of copper, sealing the mixture of materials inside. After electroplating, a patina process was applied to the heavier back of the table to create the illusion of volcanic obsidian seamlessly blending into copper. 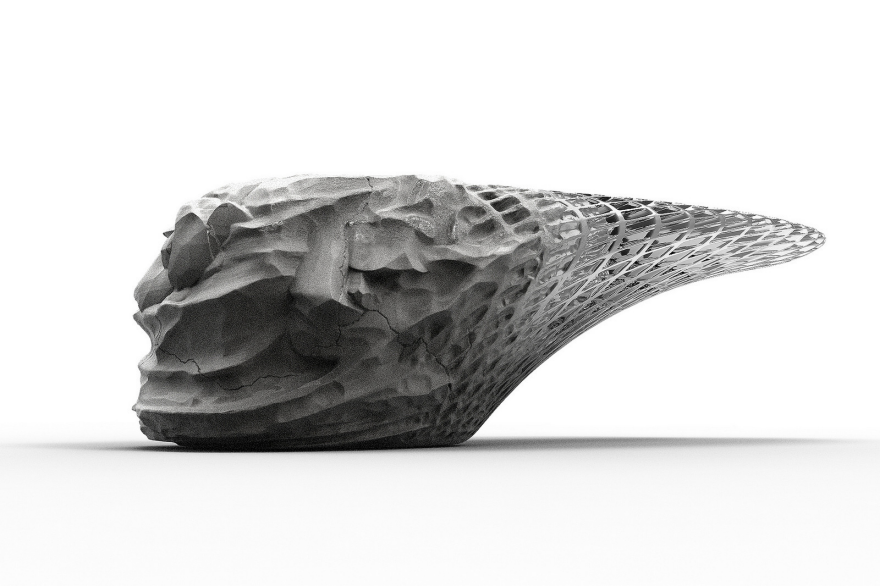 While melding plaster, plastic, copper and a fickle patina together might seem like enough of a struggle, Kyttanen says that the biggest challenge was shipping the piece to Design Miami the day before Thanksgiving. “I didn’t have a weighing scale, so I just guessed the weight of the piece by lifting it myself,” he says. ”I figured it was probably 110 pounds. When the guy came by to pick it up, he said it was more like 140—and refused to take it. So that was the Wednesday before Thanksgiving and it had to be [in Miami] by Saturday. The only option I had was to get it shipped from Los Angeles on Friday in a big crate and arrive in Miami on Saturday. The thing did actually weigh 140 pounds.”

The Metsidian table is an edition of eight, so Kyttanen and his team are already busy making more pieces while the first of the series, the one that was on display in Miami, travels to a few different galleries. Due to the uncontrollable nature of the patina, no piece will be exactly alike. “The patina is a little difficult to control, so there will be some variation between the pieces,” Kyttanen notes. “Every piece is a unique piece.”