The key part of that phrase is "-ship"

We know what you're thinking: "Oh, another video that starts off with gentle folk music and dolly shots of wood shavings." But no, this one's different. First off, the guy in this one's got a British accent, so there. Secondly, from some angles he kind of looks like a cross between Jude Law and Christian Bale. Thirdly is the nature of the objects he brings into existence.

From Timber To Tide from Pixillion on Vimeo.

There are parallels and overlapping skill sets between those who build furniture and those who build boats. I've built a chair or two in my day and there is nothing like the satisfaction of sitting in the completed object for the first time. Can you imagine what it must feel like to build, then launch, a freaking sailing yacht? I mean yes, mine would probably sink while I was trying to Instagram it, but those first few moments beforehand would be magic. 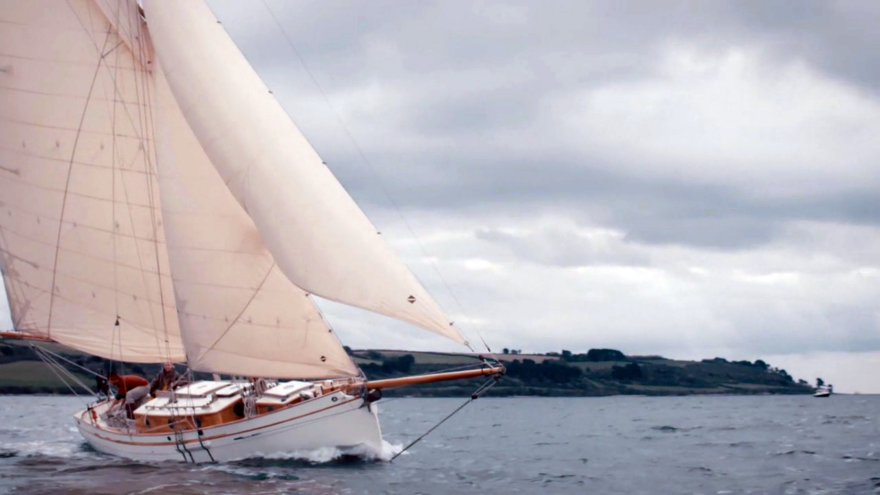 The man's name is Ben Harris, by the way, and the film was put together by Bristol-based production house Pixillion.

Are any of you interested in learning how to build a craft like this, or something even larger? Well, turns out you can, if you pass muster and can get to Cornwall. Harris has announced he's seeking contributors/apprentices to learn and help him get a larger boat into the water. There's a video (mysteriously unembeddable) describing the course here—scroll down to the second one at the link—and it appears it will start in September of 2016.