A retrofitted solution versus a purpose-built one 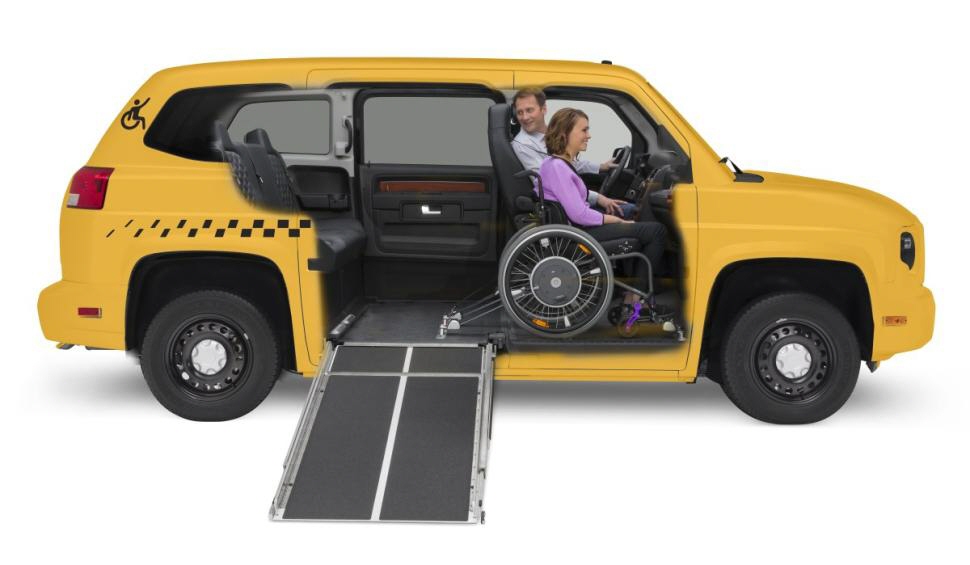 NYC law states that by 2020, half of Gotham's yellow cab fleet (currently 13,437 cars total) must be wheelchair-accessible. Given the design of your average taxi, including the Nissan NV200 that's been selected as the city's official taxicab, that's no easy feat.

For the NV200 retrofit, the task fell to the designers at Indiana-based BraunAbility, which specializes in adding aftermarket wheelchair accessibility to vehicles. Here's the system they came up with:

The design seems serviceable enough. It overcomes the challenges of how to deploy the ramp and keep it unobtrusive when not in use. And accessing the vehicle from the rear means a wheelchair user can hail a cab from either side of the street, a key consideration as New York City has a lot of one-way streets.

However, the design is being challenged by a company called Vehicle Production Group. Michigan-based VPG manufactures wheelchair-accessible vehicles from the ground-up, as an OEM, and has developed what they feel is a superior design in their MV-1. I could not find a singular video that showed both the MV-1's ramp being deployed and then someone using it to enter the vehicle, so instead we must show you two videos:

Looking at VPG's design, it occurs to me that entering a taxi from the rear might be a hair-raising experience in Manhattan traffic. It seems VPG's side-access approach would be more pleasant, although it does raise the problem of a wheelchair user only being able to hail a cab from one side of a one-way street.

Which design do you think is better? It's hard to deny that VPG's ramp solution is way more elegant, and the design is presumably a function of the ground-up design. And it obviates the need to fold the rear seats away, meaning a wheelchair user can ride with two friends in the back, versus one in the front with the BraunAbility design. 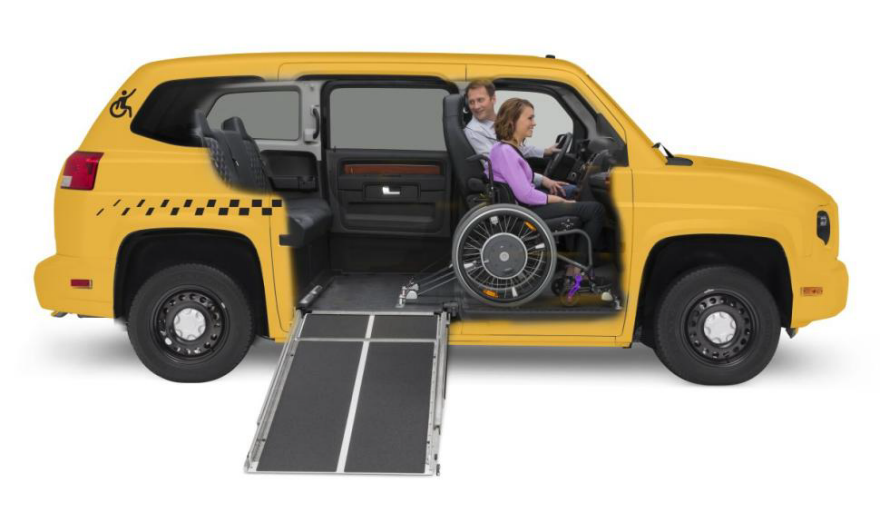 In the end, as with so many design issues, it may not come down to design at all, but cost. The Daily News reports that VPG will announce a steep price-cut today, slashing the MV-1's cost from $39,000 to $33,000, apparently in a move to compete with Nissan in the NYC cab market. A further rebate from the Taxi & Limousine Commission will knock another $14,000 off the price, bringing the MV-1 down to $19,000.

In contrast, the retrofitted NV200s are expected to run nearly $30,000 after the TLC rebate.

The benefits of designing a purpose-built vehicle from the ground up versus retrofitting a legacy vehicle seem clear here. BraunAbility's designers had a tough task. Do you think there was anything they could've done differently?