What is Sustainable Design Fiberboard?

And is it better for your health than MDF? 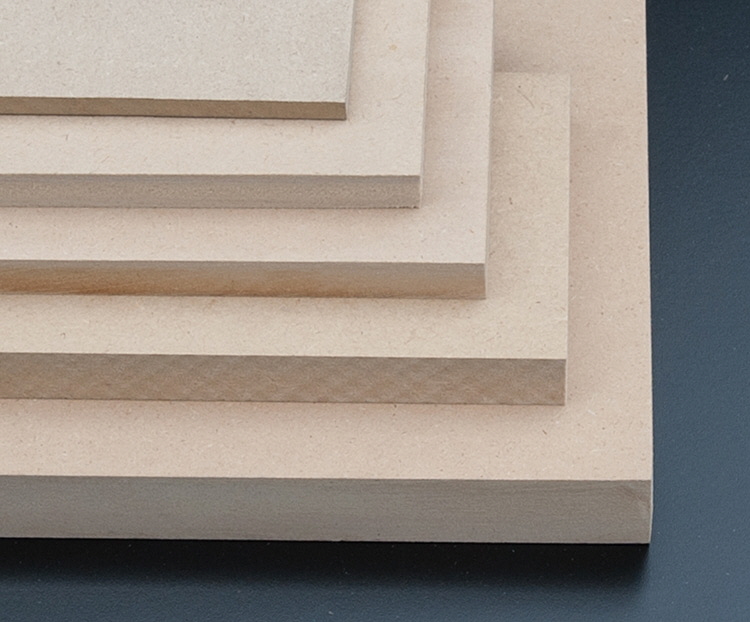 In some ways, MDF is lousy stuff: You can ruin it with a single spilled cup of coffee, it doesn't take fasteners well, it has virtually no structural properties and machining it kicks up a horrific amount of dust. However, those of you with shops likely have some MDF lying around. It can't be beat for flatness, and while it swells slightly during summer and shrinks a bit during winter, it's still plenty stable enough to yield a reliable jig. Or throw some veneer on top of it, support it properly and you can sneak it into low-cost furniture, as many do.

The main reason some folks avoid MDF is because of what's used to bind together the wood fibers it's made up of: Urea-formaldehyde (as are many plywoods). Over time this urea-formaldehyde off-gases formaldehyde into the air, where we breathe it in. The International Agency for Research on Cancer classifies formaldehyde as a Class 1 carcinogen, stating that "There is sufficient evidence in humans for the carcinogenicity of formaldehyde." (I suggest interested parties read the full IARC paper on formaldehyde [PDF], but the bottom line is, it seems you need to breathe in a goodly amount of the stuff before it becomes a problem.)

Which brings us to SDF, or Sustainable Design Fiberboard. SDF is an MDF alternative produced by a variety of companies and advertised as using a "formaldehyde-free adhesive system" or as having "no added formaldehyde." What, then, are the recycled fibers glued together with? We noticed none of the companies mentioned what the alternative glue was, at least not on the top level of their brochures and websites. What's to say the replacement glue isn't just as bad or worse than formaldehyde? By now most of us are familiar with the old corporate trick of eliminating one harmful material that people know about, and replacing it with another harmful material that no one knows about. So we dug down a bit to see.

As it turns out, SDF is laminated together with MDI, or Methylene-diphenyl-diisocyanate. This friendly-sounding chemical is produced by giants like Bayer, Dow, BASF and others. MDI is produced via a reaction between aniline and formaldehyde (oh, hello again) though it is not clear whether this new substance created from formaldehyde has the capability to off-gas formaldehyde. In fact, the Environmental Protection Agency states that while MDI can cause sensitization and asthma at high concentrations, "No adequate information is available on the reproductive, developmental, or carcinogenic effects of MDI in humans."

What the heck? In other words, there's no data on whether MDI is a carcinogen. So maybe it's better than urea-formaldehyde—or maybe it's worse. No one knows. So if no one knows, why make the switch? Wouldn't it make sense that you would replace a known bad thing with a known good thing, instead of just throwing a different, untested chemical in the mix?

We did a little more digging, and it seems MDI has been known to have some ill effects—the aforementioned asthma and sensitivity—for over 15 years. First off I should point out that these effects are only suffered by those who handle the material in its liquid form, i.e., the poor grunts in the factory who make the laminated wood products. According to a 2000 study called "Asthma-Like Symptoms in Wood Product Plant Workers Exposed to Methylene Diphenyl Diisocyanate" and printed in the American College of Chest Physicians's Chest Journal,

We evaluated respiratory health in workers at a new wood products manufacturing plant that uses methylene diphenyl diisocyanate (MDI), and was designed and operated with a goal of minimizing worker exposures.

…The development of asthma-like symptoms was reported in a relatively high proportion of the employees who worked with liquid MDI.

Twenty-seven percent sounds like rather a lot. The study is from 2000 so I hope that manufacturers have upgraded their worker protection in the past 16 years.

That wish aside, statistically speaking, few of you reading this are working in a factory and handling liquid MDI. So you may be wondering what the risk is to you using SDF in your own shop and projects. The study goes on to state:

Working around and cleaning up liquid MDI represented a significant risk for asthma-like symptoms in both current smokers and nonsmokers; work with finished wood products did not.

And on the plus side...SDF reportedly takes a screw better than MDF does. So there's that.

It really is a shame that there's so little transparency in the chemistry of some of the materials we use as designers and builders. While informational transparency is certainly better now than it was 20 years ago, how many architects who've spec'd SDF, or how many builders who've eagerly purchased the stuff, are aware that more than 1 out of 4 workers in the study above developed NAS while handling the chemical used to make it?

Perhaps we're being naïve; perhaps it's beyond the reach of the complexities of modern chemistry and business, but we'd love to work with materials that we knew, for a fact, were not harmful either for us, our clients, or the people who produce it.

What is Sustainable Design Fiberboard?