How Does All of That Garbage Get Into the Ocean in the First Place?

And why only some of it is being fished back out

As ID students at Pratt, my buddy and I were drinking beers one night in his dorm room. Maybe we were old enough to drink, maybe we weren't, maybe you should mind your own business. In any case, after he finished his beer he opened the window and threw the can out of it. It fell six stories and landed on the lawn.

"The hell are you doing?" I asked.

We'd previously seen a local man, whom we assumed was homeless, carefully collecting cans and bottles from garbage cans in the neighborhood. My buddy's rationale was that he may as well let that guy have the nickel, rather than recycling himself, and that throwing cans on the lawn made it easier for the man to retrieve them versus digging through bins. I couldn't fault his logic, however perverse the delivery system.

Those of us that do not live in poverty can recycle because it is the right thing to do; it is practically a privilege. But for those who live in poverty, recycling can be less about right/wrong and more about hungry/not hungry. Which leads us to the question: If recycled goods have value to the impoverished, how does all of that recyclable plastic trash currently floating around the ocean get there in the first place?

It's easy to imagine us garbage-producing Americans kicking empty Doritos bags off the decks of our yachts. But in fact, according to an eye-opening article by Boston-based independent news organization GlobalPost, there are five countries that "spew more plastic into the oceans than the rest of the world together"—some 60% of the global total—and those countries are all in Asia.

The countries are China, Indonesia, the Philippines, Thailand and Vietnam, and it's tough for us to fault them because the problem appears to be poverty. Without ample funding, within these countries "only about 40 percent of garbage is properly collected," leading citizens to organically create their own communal dumps. Both these and the official dumps are often intentionally sited close to riverbanks or shores, where the wind will cast it into the ocean, creating more room on land.

Enter the legion of ultra-poor recyclers, and we begin to see part of the solution and where it needs to be shored up:

Asia's garbage pickers are the unsung heroes of conservation. They brave filth and disease to root through trash and extract plastic that can be sold to recyclers for a little cash. This ensures that lots of junk is recycled rather than abandoned in landfills. 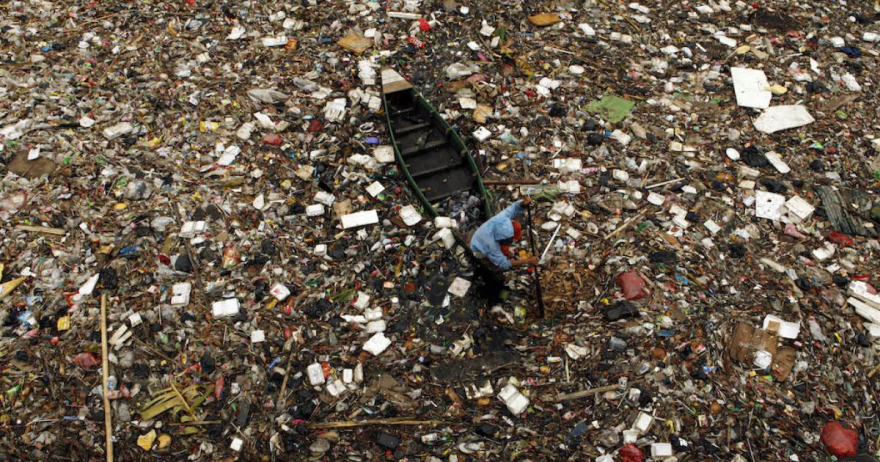 "A scavenger collects plastic for recycling in a river covered with rubbish in Jakarta, Indonesia, April 20, 2009." (Image and caption via GlobalPost)

But these pickers tend to focus on high-value items — like plastic bottles — in lieu of plastic bags, which fetch very little from recyclers. 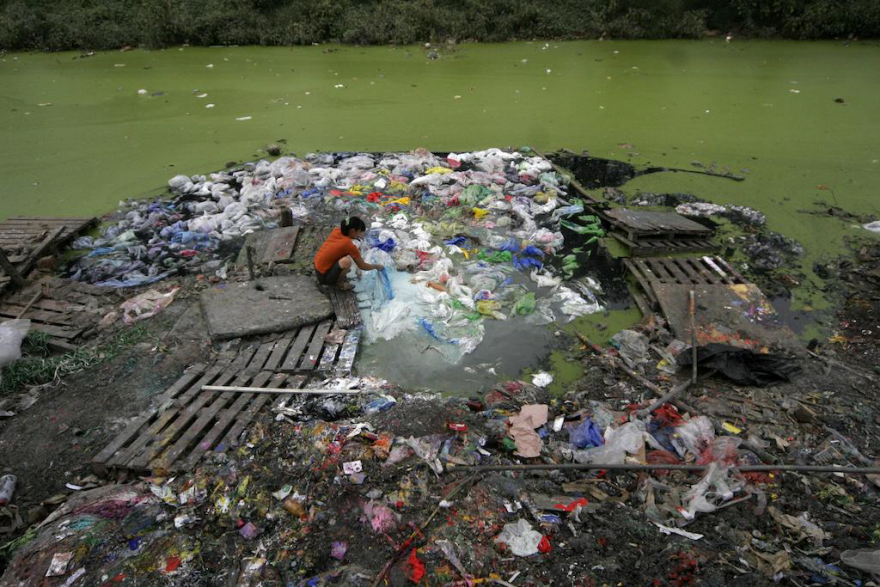 According to Ocean Conservancy, a scavenger might spend 10 hours gathering plastic bags and take home a mere 50 cents. Devoting that day to picking up only plastic bottles, however, would rack up $3.70. 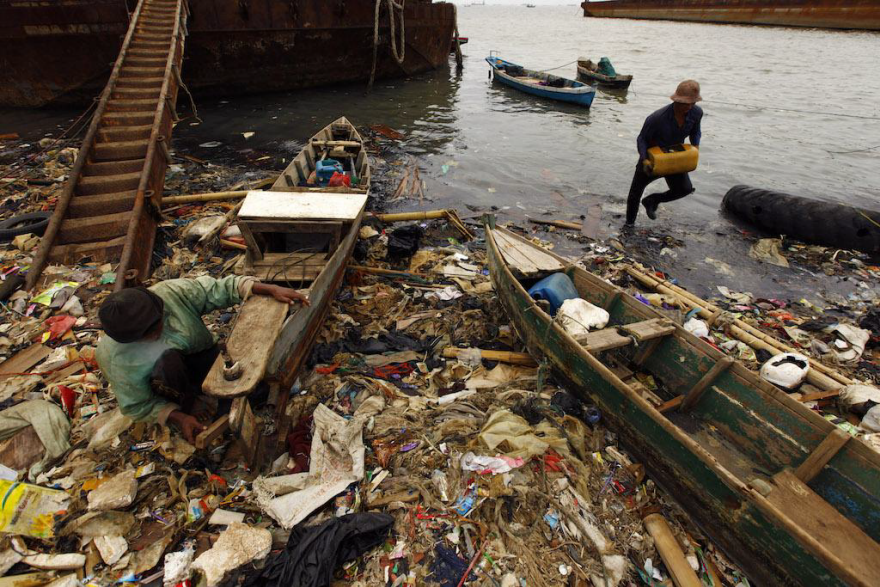 "Indonesian fishermen on a polluted beach in Cilincing, North Jakarta, June 5, 2013." (Image and caption via GlobalPost)

That means that scavengers skip over much of the waste, which can later end up in the sea. 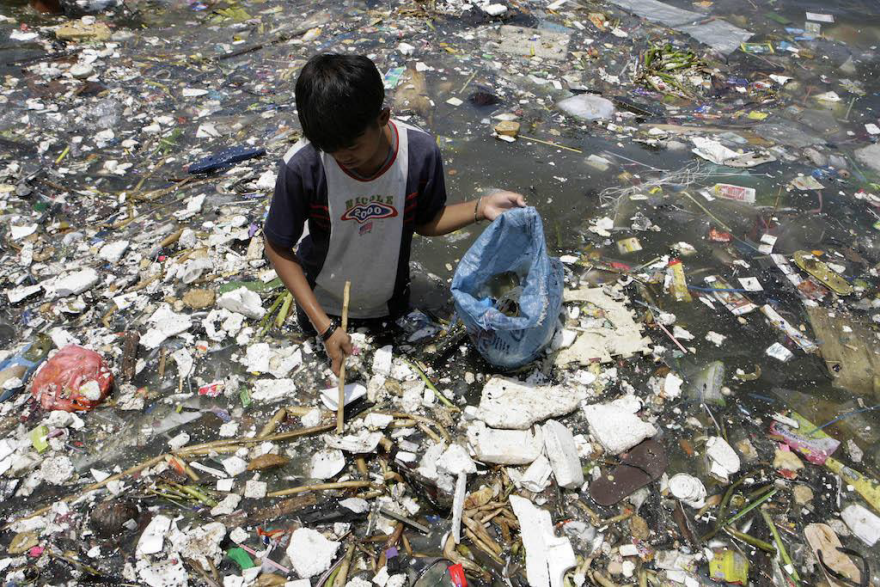 "A boy collects plastic near a polluted coastline to sell in Manila, April 9, 2008." (Image and caption via GlobalPost)

The images are heartbreaking, and I suddenly realize my dorm story from above is neither funny nor cute. Surely fellow human beings should not have to subject themselves to this in order to eat, but that is the current global reality. So the question is, while this situation exists and the dumping will continue, what ought we do? How can we create economic incentives to get all of the garbage out? And more relevant to our readership, what can individual designers do?

The answer to the latter question might be nothing, but that doesn't mean we oughtn't try. Next we'll look at an ID student aiming to make more of a difference than my buddy and I ever did by throwing beer cans out of a window.

How Does All of That Garbage Get Into the Ocean in the First Place?