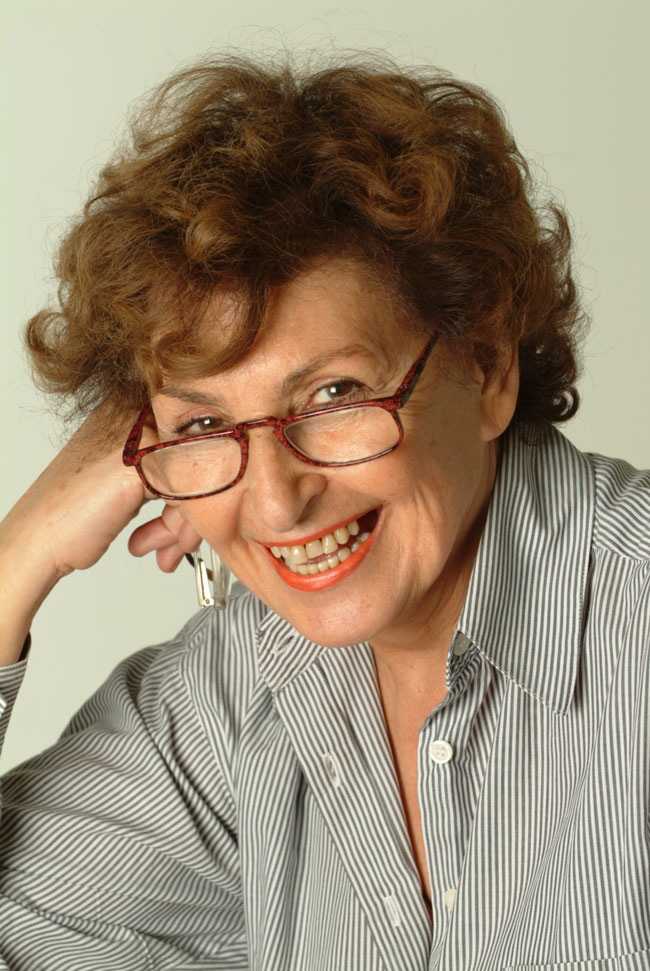 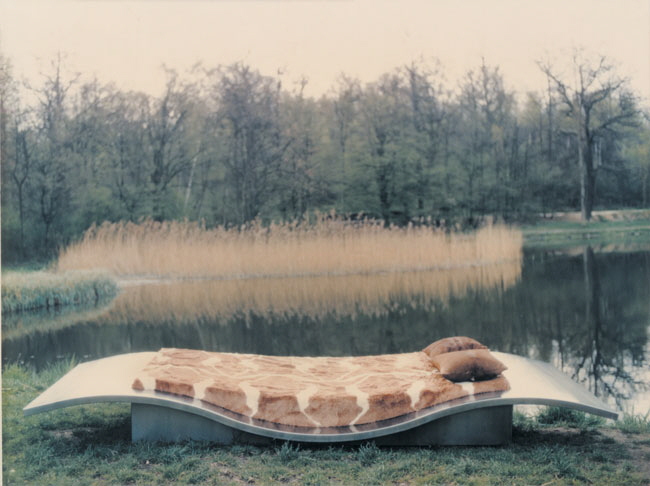 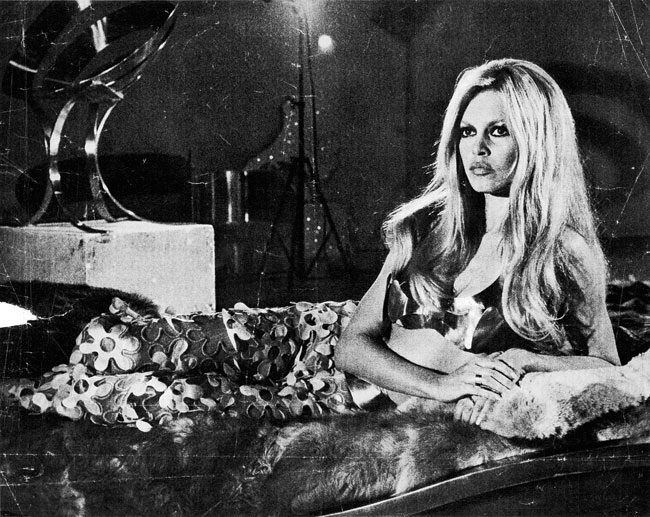 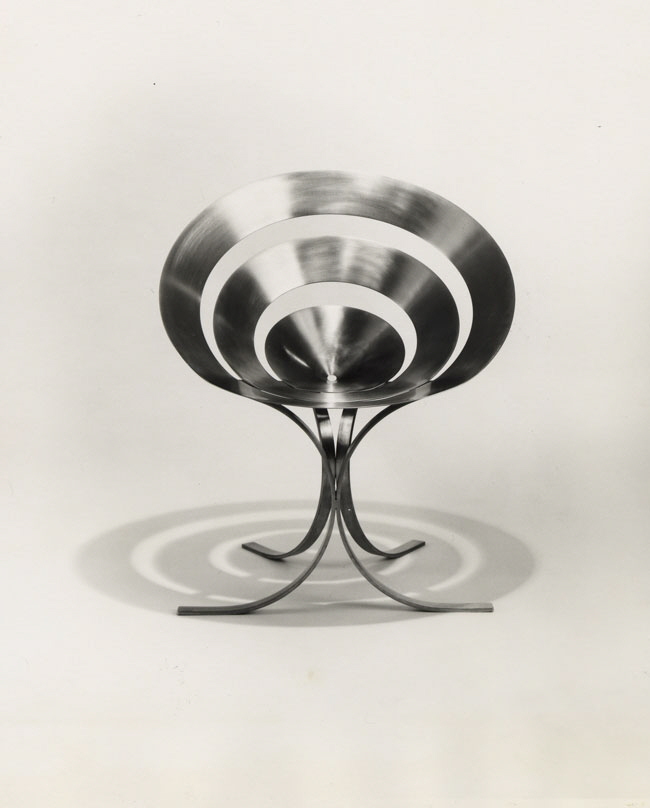 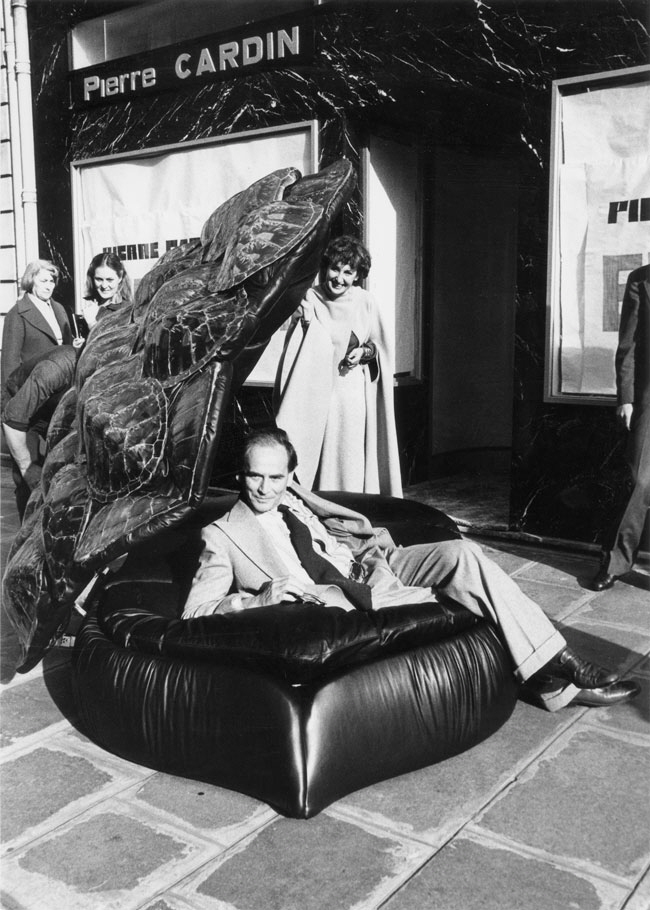 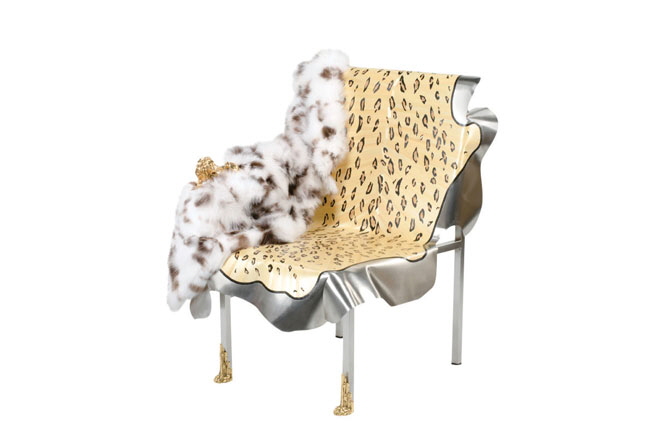 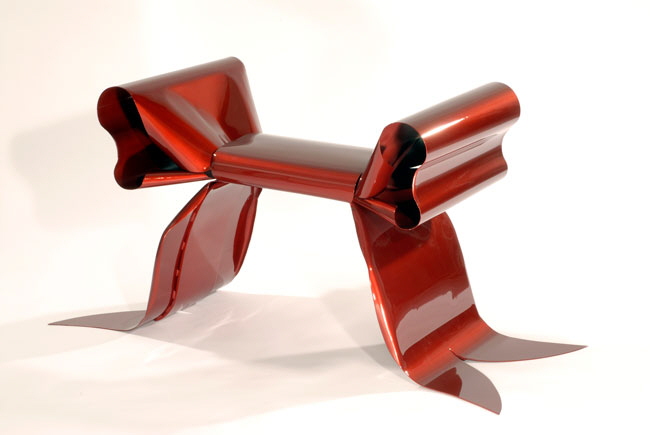 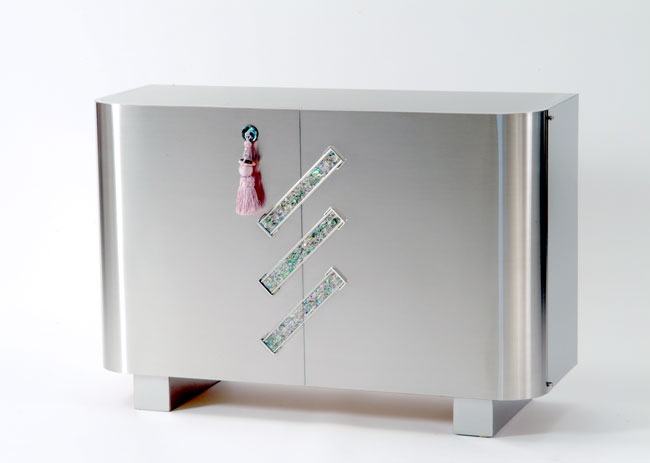 Much of Pergay’s career has been devoted to treating stainless steel as a precious material. Her 2005 Meuble Nacre (Mother-of-Pearl Cabinet) combined steel, inlaid mother-of-pearl, tinted sycamore and a silk tassel and was produced in a limited edition of eight. 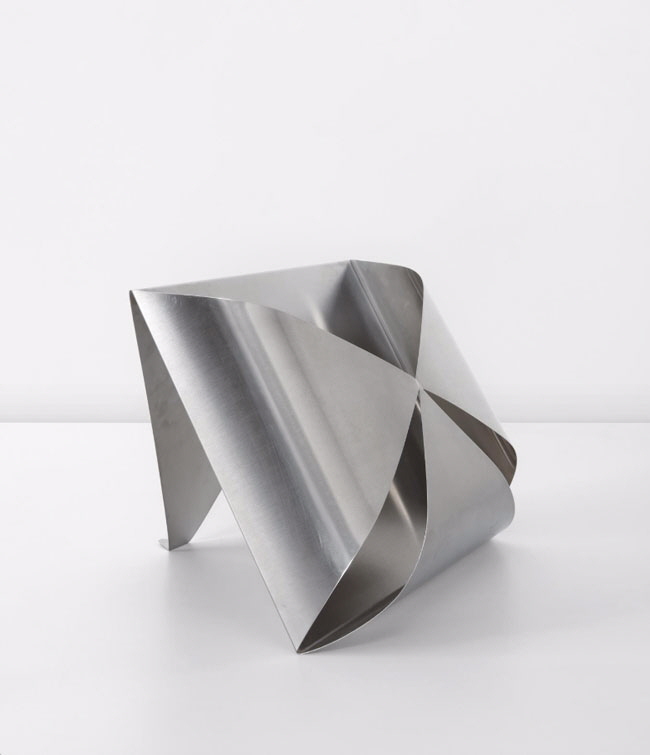 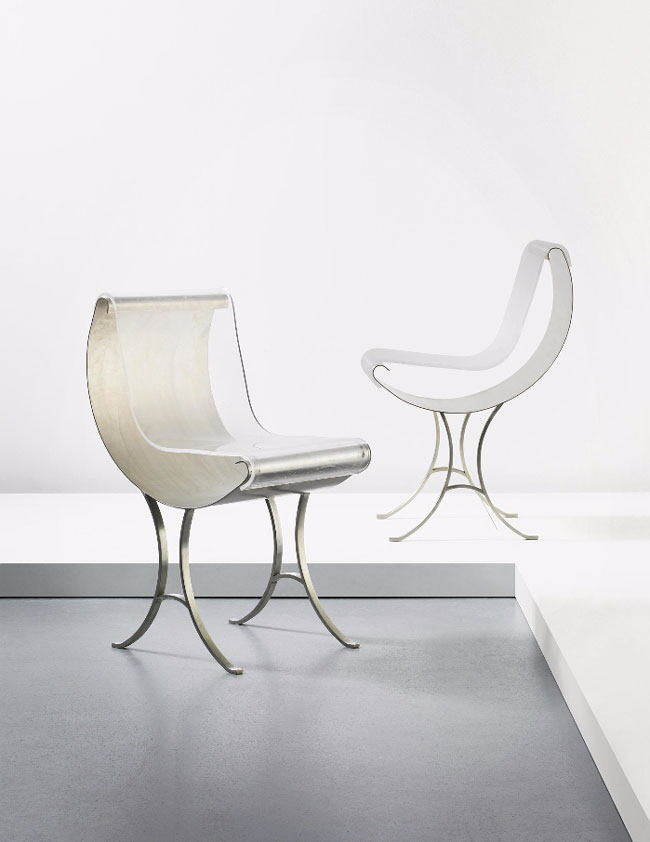 Pergay combined stainless steel and acrylic for her 1969 Acier chairs 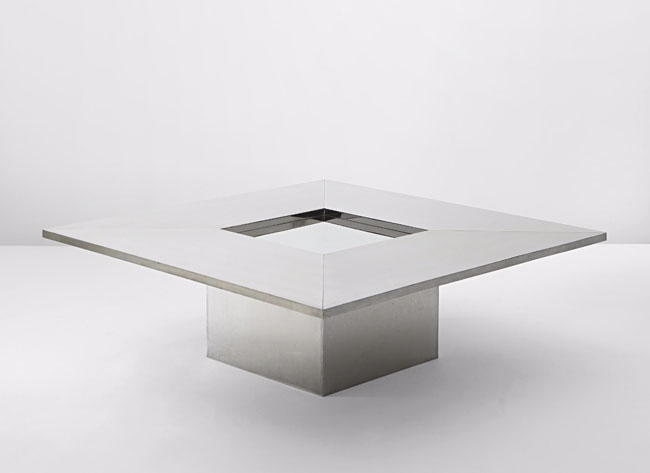 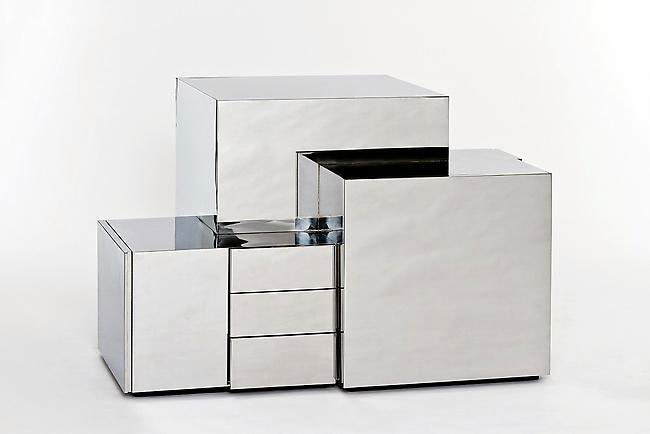 A custom stainless steel chest of drawers commissioned in 1972 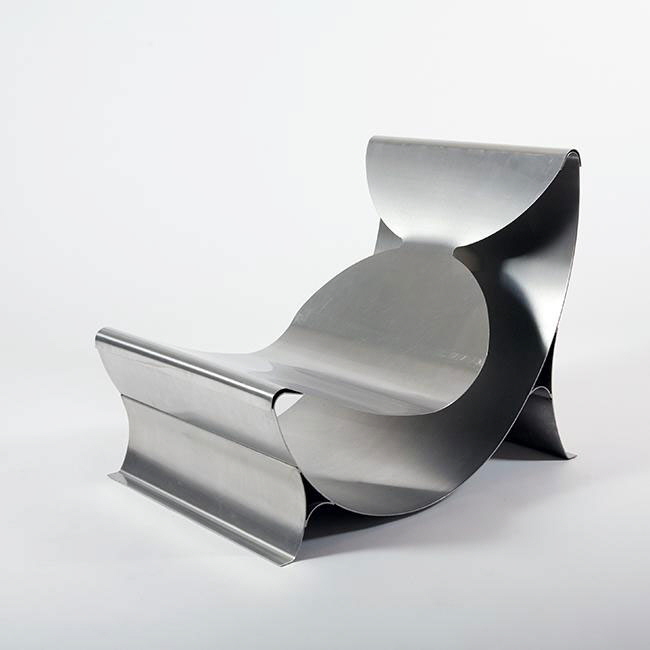