The British are Coming: Thomas Heatherwick Arrives in the USA

It's official: English architect Thomas Heatherwick has made his US debut. In anticipation of his forthcoming projects in New York and California, Cooper Hewitt curator Brooke Hodge organized an exhibition, aptly titled Provocations, to introduce American audiences to Heatherwick Studio's impressive body of work. After stops at the Nasher Sculpture Center in Dallas and the Hammer Museum in Los Angeles, Heatherwick's US tour concluded with a six-month long show at New York's Cooper Hewitt, Smithsonian Design Museum—a fitting choice for the designer of Pier55, which will soon be Manhattan's newest public park and performance space. 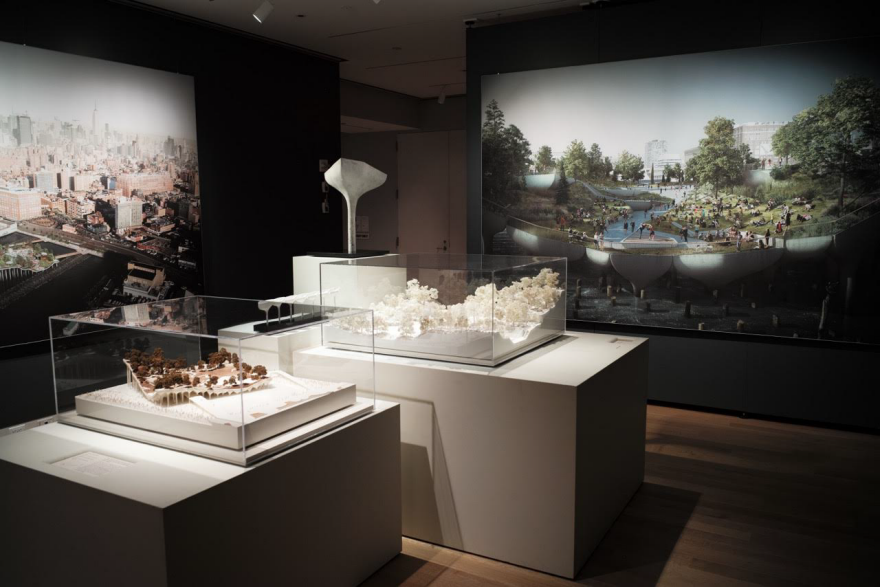 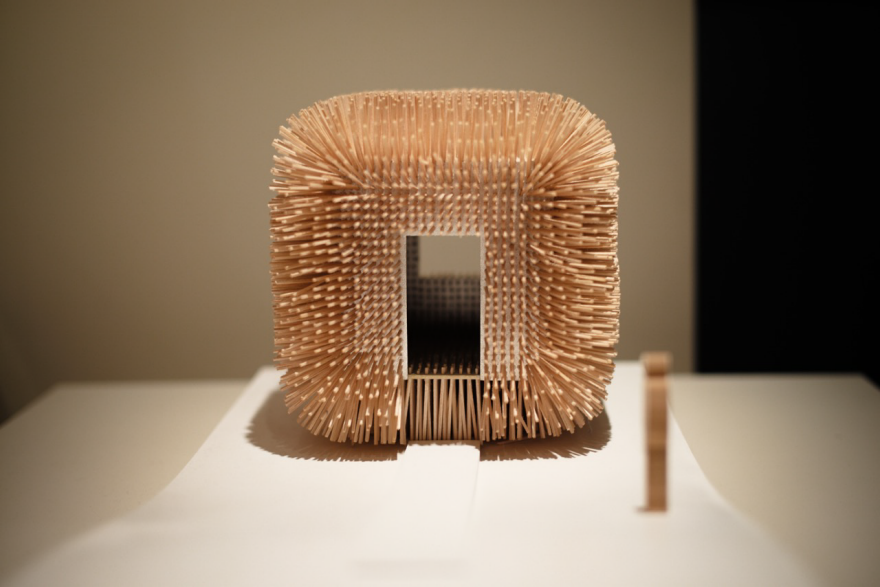 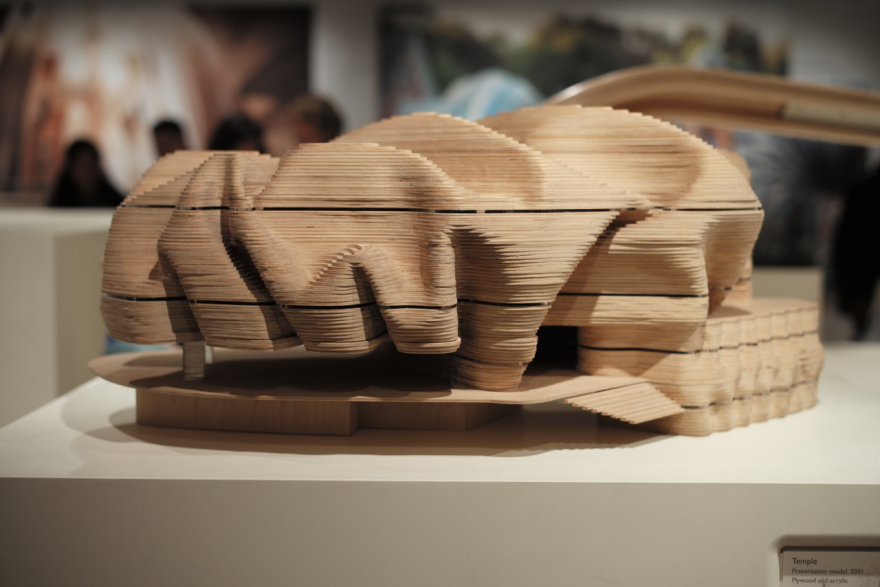 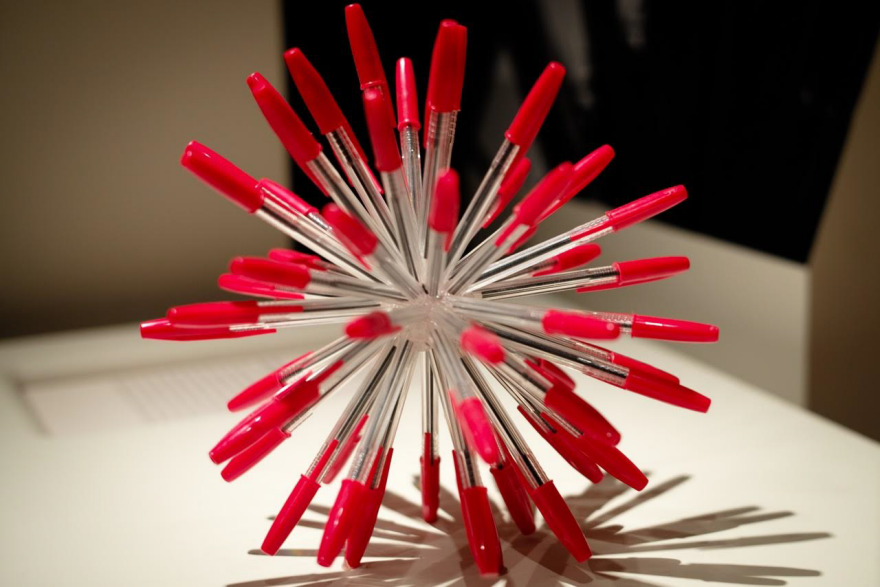 Upon entering the exhibition at Cooper Hewitt, visitors were greeted by a custom designed 'brochure machine' they could physically crank open to dispense descriptions of Heatherwick's most prominent projects. Inspired by the printing process itself, this playful contraption immediately introduced users to the studio's impressive breadth of work. It's perhaps this sense of playfulness—the belief that design can be both whimsical and practical—that has enabled Heatherwick's to be successful across the disciplines of architecture, infrastructure and product design. As a result, the range of projects the studio has completed is remarkable: from the UK Pavilion (also referred to as the Seed Cathedral) at the 2010 World Expo, the Learning Hub for Nanyang Technical University in Singapore, a new bus for London and even the Olympic Cauldron for the London Olympic Games in 2012. Oh, and don't forget the Longchamp handbag completely  made out of zippers. As I explored the exhibition, I wondered, "Why hasn't he brought his talents to the United States yet?" 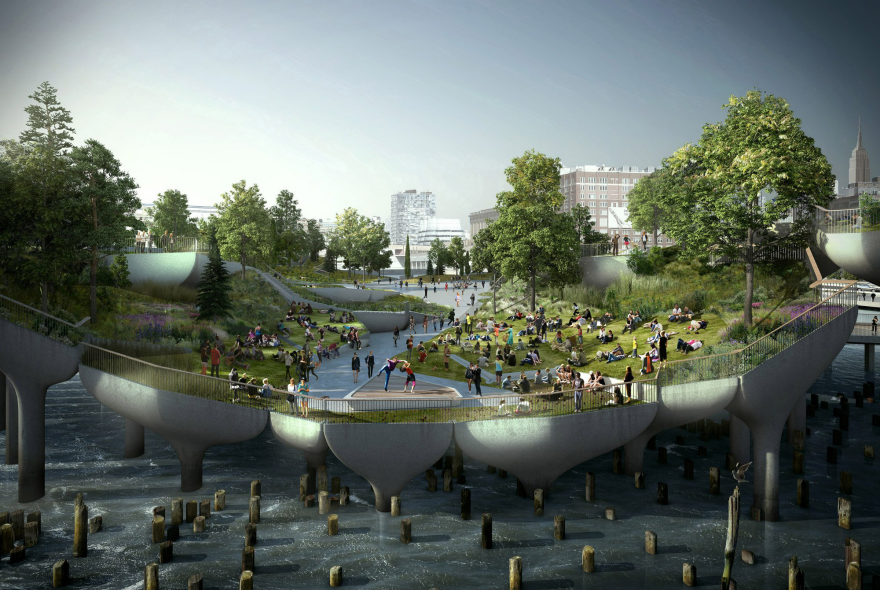 Well, our prayers (and envy) have been answered. A quick subway ride downtown from the Cooper Hewitt, Heatherwick's plan for Pier55, a floating park on the Hudson River, is expected to start construction later this year. The park will sit above the water, propped up by large columns to support the weight of trees and man-made parkland. New Yorkers will have a new place to enjoy outdoor performances, beautiful views and some much-needed greenery in Chelsea. 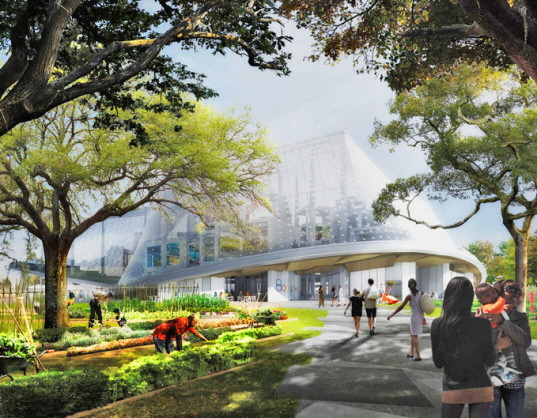 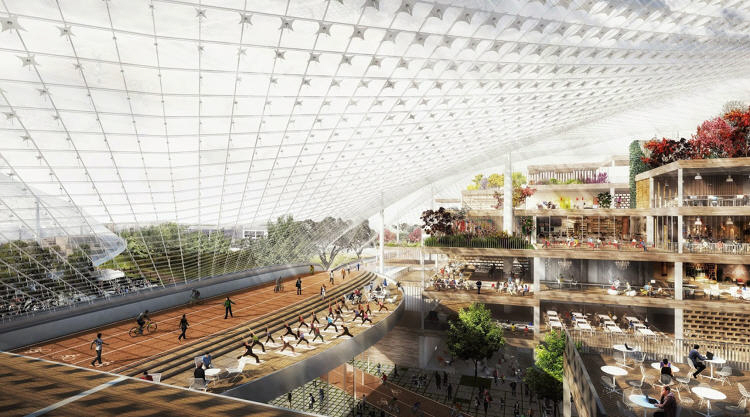 On the West Coast, Heatherwick Studio has been commissioned to design the new Google headquarters in Mountain View, California in collaboration with Bjarke Ingels Group. The new Googleplex will be made of lightweight structures that can be moved around, giving the company the necessary flexibility to make their workspaces adapt to their needs and different departments evolve and grow. According to the building plans, each site will be covered by a large translucent canopy, designed to let air and light inside, yet keep its users protected from the elements.

As American audiences learned at the Provocations exhibit, the scope of Heatherwick's work is seemingly limitless. His diverse, multidisciplinary approach transcends geography, typology and stylistic categorization. The studio's work shows us that great surprises arise when great designers are put to the test. And here in the United States, we can't wait to see what he does next.

The British are Coming: Thomas Heatherwick Arrives in the USA