Here's a neat idea for doubling the sockets on your existing power outlet. For the past two years engineer Jeff Forti and chemist Jeff Martin have been working on the OUTlet, which fits in a standard electrical box but provides two extra sockets at the press of a button:

The OUTlet's merits are obvious, but here's the question I wanted to ask you readers: Is the pop-out functionality needed? In other words, if you had these in your house, would you ever actually find two of the sockets bare, and take the time to press the OUTlet shut?

I ask because I find in my own spaces, I rarely need power temporarily; when I need extra outlets, I need them all the time. If I unplug anything it's typically from the other end of the cord. So I'm wondering if Forti and Martin might be able to produce a less expensive option that is always in the "out" position and doesn't need the hinge and latch mechanism.

The OUTlet's going for $25 a pop on Kickstarter, with discounts offered for buying in bulk. While they haven't yet reached their $40,000 target—they were just under 20 grand at press time—there are still 24 days left to pledge.

The current version is 15-amp and lacks GCFI, but Forti and Martin are working on that for the next version, as well as a 20-amp model and ones with USB ports. 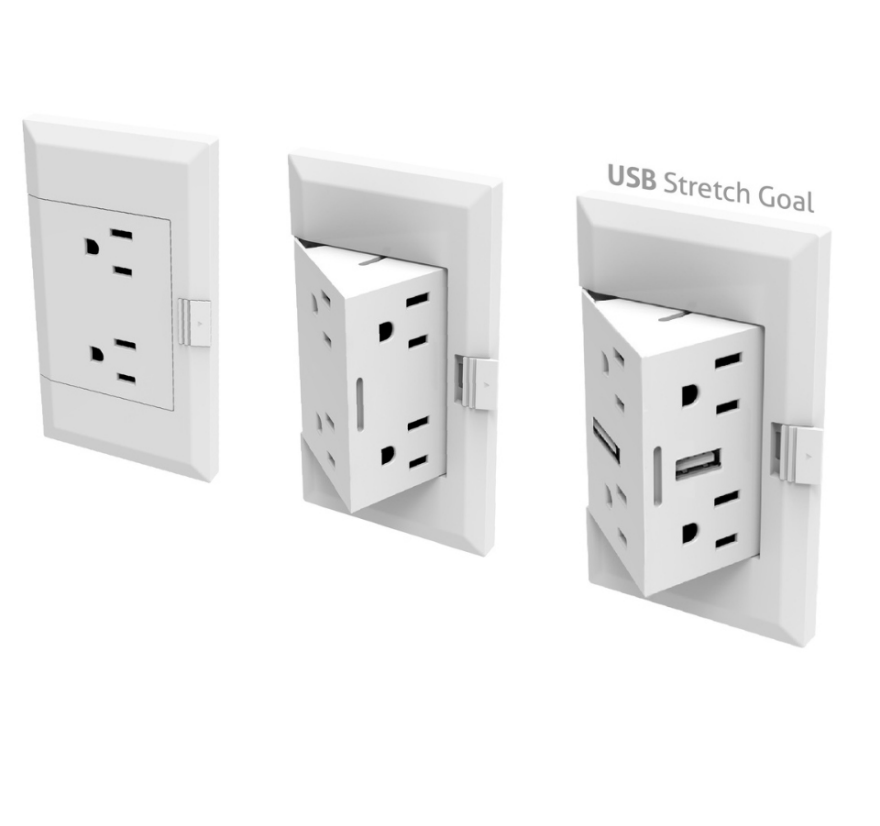