On Friday, February 12th, in Los Angeles, Design Observer is producing a design conference on food —entitled TASTE—a subject that deeply touches everything from agrarian economics to supply chain resources, dry farming, water harvesting, and rethinking the way we source, manage and plan for the future. (Core77's Managing Editor LinYee Yuan will be speaking as well!) Following on the success of their (spectacular) What Design Sounds Like conference in New York back a year ago, and in anticipation of this next "senses" conference, Core77's Allan Chochinov sits down with producer Jessica Helfand to get, well, the juice. 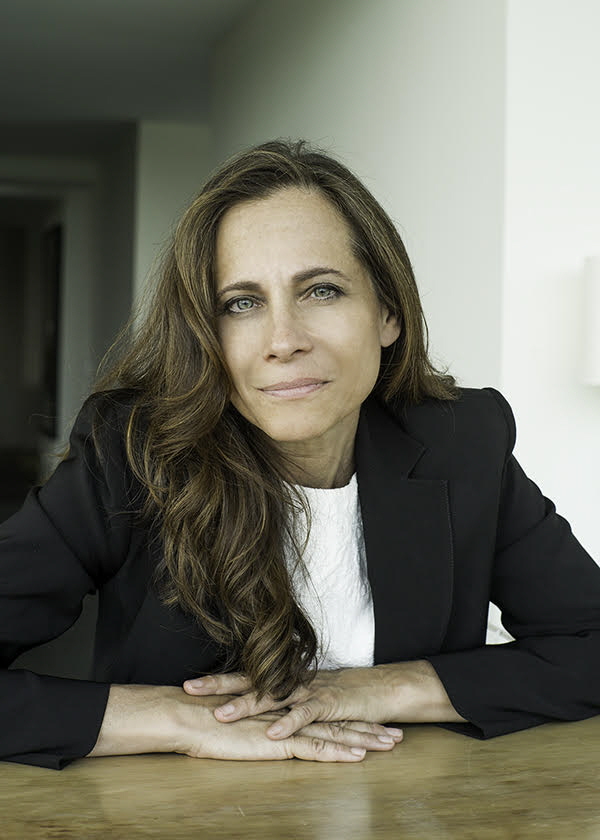 Allan Chochinov: Jessica, let’s start right there actually. The Sound conference last year was honestly one of the most intriguing and inspiring design conferences I’ve ever been to, so high hopes for the upcoming Taste. But is this part of a series? (And a follow-up, will you be doing the “sixth sense” as well I hope?)

Jessica Helfand: Well, first of all, thank you for that! These conferences are a way, for us, to bridge the gap between design and other topics—last year, sound and this year, food—which is not only a challenge for those of us at Design Observer, but represents, I think, a real opportunity for everyone working in design. It’s just not a balkanized world any more, and we’re all involved at so many critical levels in things beyond our immediate orbit. Conferences are hard—just a brutal amount of work—so I can’t promise the series will endure, but we certainly hope so.

We're going to be looking at everything from the history of artificial flavor to the future of recycled mushrooms, from seed sovereignty to waste policy.

Food represents a particularly pressing set of issues. We’re going to be looking at everything from the history of artificial flavor to the future of recycled mushrooms, from seed sovereignty to waste policy. There’s this kind of basic assumption I think that we eat to live, and that the choices we make—economic choices, aesthetic choices, even moral choices—at every turn connect in some way to visual decisions. Plus, quite frankly, who doesn’t like food?

AC: Okay, so you’re dodging the 6th sense question! Fair enough. The conference is coming up quick, and I’m assuming the lineup is set. (You’ve probably got a few surprises up your sleeve of course.) Can you tell us about a few of the speakers and sessions that you’re super excited about? Maybe some things not so obvious from the published schedule?

JH: One of the things I am really proud of is that we currently have booked more women than men. (The Design Observer team is about 75% female, so we’re feeling rather good about this!) That said, our interest is primarily in gathering a timely, diverse group of passionate speakers—and we’re pretty excited to hear what they have to say.

Lynda Deakin is a partner at IDEO where she runs their Food Studio, helping companies solve tough problems and identifying new opportunities for growth. Mark Bittman is going to talk about the future of food, too—he’s really concerned about why we eat the wrong things, and what that means for the future—I think their talks will benchmark the conversation around a kind of urgency that we all need to hear: there’s so much talk about “design for good” in the absolute, but what does any of that really mean? What does it actually look like?

Then there’s a slippery slope, too, between food as a source for nutrition and as a snack, or even a stimulant. So while Bittman will talk about food proper—he’s just launched a vegan food delivery service in Boston that’s likely to be addressed—Jessica Koslow will talk about packaging preserves,

Nathan Sharp will talk about designing chocolate covered marijuana, and Lucy Knops and Julia Plevin—your former students, Allan!—will share the story behind their foray into the world of the insect-infused libation—Critter Cocktails.

Visitors to last year’s conference will recall Mike Errico—a singer songwriter who wrapped up the conference and also performed some of his own original music. Errico is a National Treasure: his inclusion alone is worth the price of admission.

AC: Yup. He was amazing. (And for the record I think you should be proud of the more women than men. Remember the website “Amazing women you can invite to talk at your design conference”?) Certainly food has always been a fantastic “design material”—I’ve often used it metaphorically and literally in design education—and as an effective lens to culture I’m not sure anything comes even close. Can you talk about form and content, form and context, and form an audience in terms of how an attendee might frame their experience?

JH: You’re right that it is a lens to culture, and to the differences and discrepancies between cultures, but it’s also its own kind of engine: the idea that we can plant and grow, harvest and recycle, address issues in energy, policy, and visual form are perhaps the objective ways food manifests in our lives. But at the same time, we each experience food at a deeply personal, idiosyncratic, molecular, and metabolic level. I think that a day spent looking at the fulcrum between the self and society, considering issues that live at the nexus of the public (universal) and the personal (unique) is indeed time well spent. Especially for anyone interested in the role that design and designers play in it all.

We each experience food at a deeply personal, idiosyncratic, molecular, and metabolic level. I think that a day spent looking at the fulcrum between the self and society, considering issues that live at the nexus of the public (universal) and the personal (unique) is indeed time well spent.

So maybe this comes back to your question of the sixth sense. I’ve always kind of thought of design as a muscle—expandable, contractible, trainable, physical. But thinking through a design lens also invites questions that are philosophical, primal, and deeply moral. This symposium will flex those capacities—we want to go high and low, think inside and out, go big or go home!

Anyone who thinks that design can change the world would be well advised to consider the very basic fact that that these kinds of issues are meaningless without some kind of tether, an intellectual focus that grounds us in some very basic certainties about who we are, what we do, and where we might actually be headed. So yes, food might be seen a kind of basic raw material, but maybe more importantly, it’s what unites us as a species. What could be more important than that? We think food, as a topic, offers a compelling platform for addressing some very pragmatic truths: truths about failure, struggle, and ambition; security and sustenance, sustainability, communication, and growth. This conference is likely to generate more questions than answers. And maybe that’s precisely the point.

Yes, food might be seen a kind of basic raw material, but maybe more importantly, it’s what unites us as a species.

AC: Let’s focus on the audience for a bit. You’ve got design practitioners and design students, artists, and critics. But you’ve also got epidemiologists, civic planners, and more. A huge part of an event is who you meet of course. So who will we meet?

JH: For starters, it may surprise your readers to know that Berkeley’s School of Public Health has a design and innovation track. We’ve got a half-dozen of their students coming, and their backgrounds are fascinating. An epidemiologist from Nigeria. An MBA who studied superfood in Kenya. A clinical stem cell researcher who recently published an article on particle imaging in Nature. We’ll have our share of designers—including students and faculty from Art Center, OTIS, and CalArts, among others—as well as quite a few architects. Because it’s LA, we’re confident that we’ll have some show business representation, too.

We’ll have a bookstore in the lobby, surprise edibles all day long, and our closing party is at Pirch—a wonderful purveyor of all that is kitchen-related, with their own manifesto. We may have some off-site visits to culinary locations, but frankly, we’re trying to bring it all to the LATC so we can hunker down and focus.

Maybe this will be a conference about trading hubris for humility.

AC: The title, “Taste”, has an obvious double entendre. Designers are certainly in the taste business, but that’s a word that’s for me, anyway, a bit problematic. It points to the fact that design isn’t entirely a rational process; that it’s often (some might say too often!) informed by plainly irrational ingredients. Will you be touching on any of this in the conference? I guess I’m asking is, when you came up with the title, “Taste,” where did you think that would lead you?

JH: I think that’s the point. It makes people uncomfortable, but frankly, it’s pretty accurate. We’d like to think we’re making objective judgments, as makers, when we produce work for others, but inevitably our choices are governed by a host of deeply subjective drivers—our backgrounds, our parents, our schooling, our bank accounts—but at the end of the day, food is our most essential common currency. By their very nature, designers are  ambassadors of the visual, indeed—carriers of the future. But how can we make decisions for others without considering who we are as individuals, first? Designers dwell in this eternal effort to craft a kind of certainty, and how can we do that without looking at the broader and arguably much more complex infrastructure that circumscribes the world?

So, yes: Taste is finicky, seemingly idiosyncratic, maybe even a little politically charged. Designers used to get paid for having taste, but now that everyone with a smartphone is believed to be “visually literate,” what does that even mean anymore? On the other hand, our individual proclivities with regard to “taste” lead us to do, say, and produce things that impact our planet, and each other. So what seems personal is in fact, quite the opposite.

(AC: I can’t tell you how many times I remind people that design is a political act.)

JH: We’re growing weary of designers basking in a kind of self-congratulatory idyll of semantic nonsense, seeing themselves as catalysts for change in a world that’s increasingly global and increasingly complex, but not necessarily understanding how design practices need to adapt to engage that complexity. So we’re bringing in scientists, chefs, historians, policymakers, and a number of smart, dedicated designers who know that in order to do anything, we have to admit, first and foremost, what we don’t know. Maybe this will be a conference about trading hubris for humility. Wouldn’t that be amazing?