Looking around, many of us see issues that we feel should be taken care of. It can vary from wicked problems like climate change to smaller—yet important—issues such as garbage on the streets to common courtesies on the street.

But the issue with systemic problems both large and small is that many of us notice things and do nothing about it. We tend to believe that there's someone else who should take responsibility or that we have little power to change things.

Like the Mijeno siblings, the Filipino founders of SALt, a lamp that runs on salt and water, Reese Fernandez-Ruiz and her husband encountered an issue that they decided to tackle themselves. In 2007, Fernandez-Ruiz and a group of collaborators created an opportunity for women who were weaving scrap fabrics into rugs. Seeing that many of the women were being exploited for their labor, Fernandez-Ruiz decided to do something. She founded the social initiative and company Rags2Riches, a company that turns upcycled scrap materials into beautiful bags designed by respected designed in the Philippines and produced by artisans from some of the poorest areas of the Philippines. 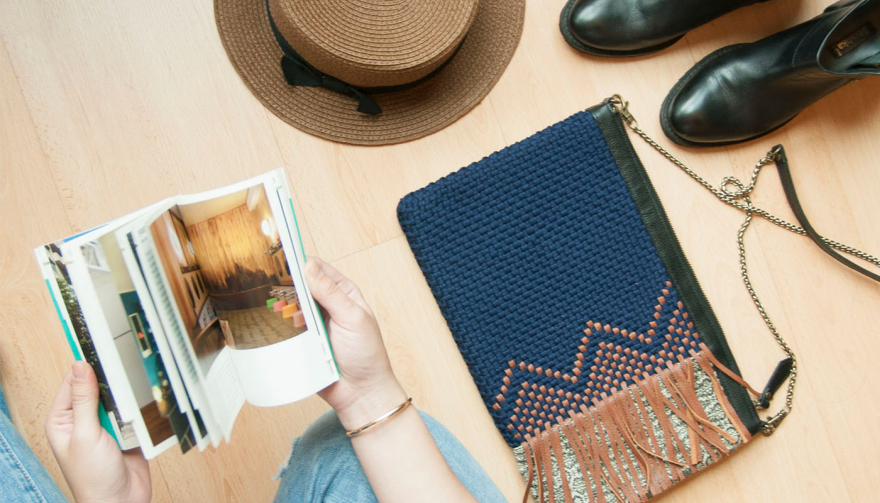 In this interview I speak to Fernadnez-Ruiz,  about RIIR, and the 8 years it has taken them to get to where they are today:

Moa Dickmark: What first sparked the idea to start Rags2Riches? 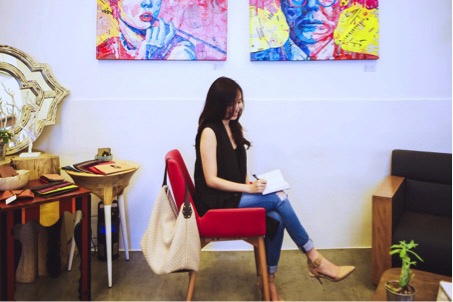 Reese Fernandez-Ruiz: Do you keep track of how many social problems you see everyday and how many of these disturb you enough to make you want to change it? We had that experience around 7 years ago when we visited one of the biggest urban poor communities in the Philippines. We met fantastic artisans (mostly women & mothers) who were weaving mats and panels. They worked so hard but got so little because they did not have access to raw materials or the market. They did not have the opportunities or tools to participate fairly in the economy so they became trapped in a system of unfair trade. When we saw this situation, we were so disturbed and thought that we should do something about it in a sustainable way—which is to build a very inclusive business that creates value for and with them.

Many of us see issues that we feel like we want to do something about on a daily basis, but going from idea to action is difficult. How did you take that step?

I completely understand this! Sometimes the problems of the world or even just our immediate community seem too big for us to solve. So we either let them be and accept them, or hustle hard to do something about them. So it was absolutely challenging! I'm not even going to downplay that. When we first saw the social problem in the first community we served, it did feel big, serious and life-altering. But what made us take the first step is the thought that we can take one step, and then another, and then another. The social problem was urgent and we knew that we had to create positive change as fast as we possibly can. But at the same time, "one step at a time" is a lot faster than no step at all.

What was the very first step you took as to start the RIIR?

The very first step in starting R2R: ENGAGE. It is tempting to make a business plan, feasibility study, or market research right away (and these will be done at some point), but without proper community engagement and building of trust, any enterprise will be built on weak foundation. As a social enterprise with an expressed intention of creating positive impact, building trust is not a nice-to-have, it is the most important foundation.

If engage is the first step, which would you say are the most important elements as to be able to do this on a deeper level and create a good foundation for a social enterprise?

Build trust, be with the communities, unlearn and really be open to learning from the communities. The usual development models and academic books do not cover what's really happening on the ground. Be prepared to unlearn, be open and be surprised! 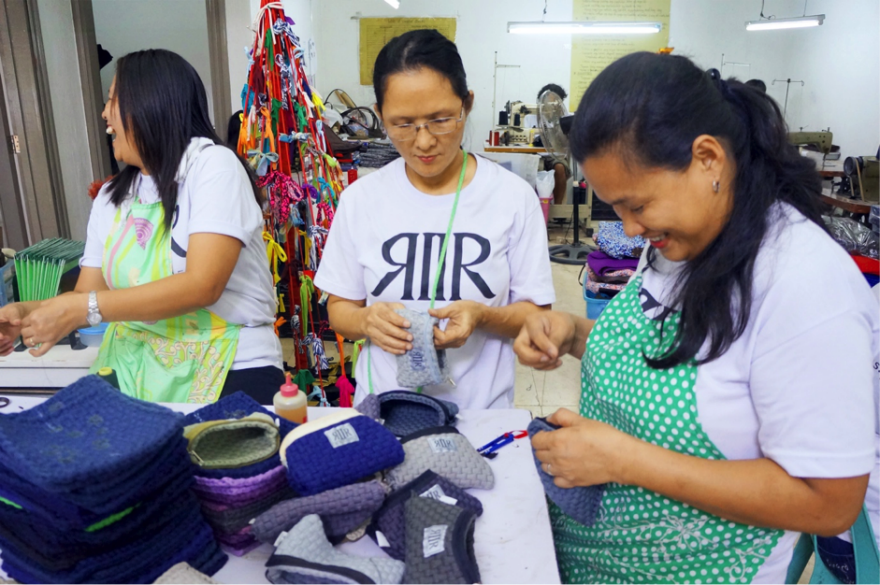 What do you mean with "unlearn", and why is it so important?

We have so many things that we think we know and we stick to them and tend to impose on others, especially those we are trying to "help" or partner with. We live in a complex world and can't put real lives in labeled boxes. If we come into a community with an open mind and the bravery to not be the "smart one", we'll be more effective. We won't just create change in the community, we'll create change in ourselves too.

Building trust is not a nice-to-have, it is the most important foundation.

There most have been a few turning points in the history of R2R. Which ones would you say are the most important ones and why?

There are lots of turning points for sure, this journey has been made of turning points actually. I think when you are starting something different, without a set roadmap, you'll find surprises and challenges along the way. I must say that though our journey is filled with turning points, I could identify three big ones: the time when we partnered with our first designer (Rajo Laurel) who reimagined our artisanal products and engaged with us so generously; the time when we established our community livelihood model; and the time we ventured into retail. These turning points represents the three pillars that we had to be really good at in order to build this fashion and design house that empowers community artisans: design, community engagement, and sustainable market access.

When talking about R2R, you always talk about the company and everyone involved as a unit. If you can give any advice to other leaders as to create a company or organization that is based on the foundation of equality and unity, what would that be?

Yes! The world is somewhat fascinated with self-made people and personalities, and it is understandable. Stories are much more tangible if they are personal. However, the most sustainable companies that stand the test of time are those that are strong in values and culture—and while an individual can contribute to these, it takes a team of stakeholders to truly build these companies.

It is easy to get lost in personal achievement and think of awards as ends in themselves. It takes a really strong WHY to stay the course or go back on course. My advice is to have a very strong WHY that is beyond yourself, beyond your organization, beyond material things and beyond the present. This is what you will hold on to through failures, challenges and successes—basically all the stages one can get lost in. 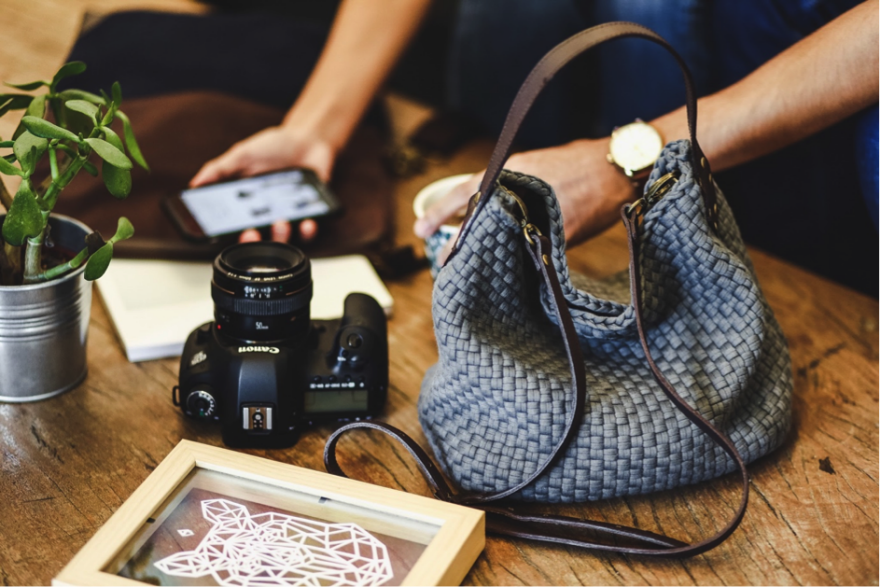 What is your definition of a social enterprise? And is this how you define R2R?

There are so many schools of thought on the definition as it is, but it is still a relatively young concept & industry. The definition that stuck to me is that it is a scalable and sustainable solution to a social problem, using the principles of business. Our mission is consistent with this definition but we also believe that businesses (with or without the label) can do the same when they are intentional about it.

Early on, we have identified ourselves as a social enterprise because we wanted to be held accountable by ourselves, our communities, and stakeholders. We declared our social mission so that we don't just have the moral responsibility to uphold it, we also have the public duty to do so. But at the same time, we strongly believe in the social good and social value that everyone can create when given the chance, the best practices, and even a little bit of the roadmap. We want to contribute to this bigger movement, and help make "social enterprise" an inclusive principle and not a box. 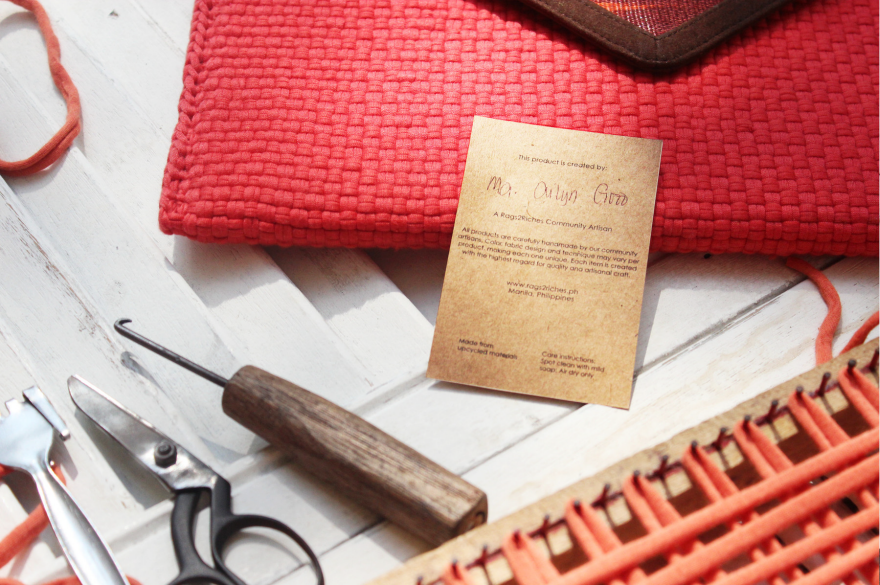 And before we end this interviews, can you please tell us a few Do's and Don'ts in regards to socially conscious businesses?

Do's - be authentic at all times, remember that transparency is a good thing, have a compelling WHY, and make your long-term social good vision your focal point

Don'ts - don't get lost in the glitz and glamour of "doing good." The results are not in there. Don't use up your time just talking about what you do and sacrifice the time to actually doing it. And lastly, don't give up without a fight. Awesome, world-changing things take time (no, not 3 years), a lot of effort, and grit.