Last week we mentioned how governments were dabbling in discursive design, and this week three major educational and cultural institutions weighed in with different forms of support for this intellectual arm of design practice.

Perhaps the biggest news was the announcement by the University of California San Diego (UCSD) starting a new undergraduate major, Speculative Design. Within the Department of Visual Arts, known for an emphasis on experimental art and the resistance of commercial art and even commercial fine art, the inclusion of design to its offerings was not without some initial resistance. As its Chair, Jack M. Greenstein reflected upon the genesis of the program three or four years ago: with "design so closely related to product and marketing…we couldn't really foresee how this would work."

This rejection of design due to its relationship with commerce has long been a point of tension within schools of art, sometimes resulting bad blood, formal schisms, and even banishment. The same reason that UCSD eventually found that speculative design made sense for them—that it is ultimately idea-based and shares many of the same goals as experimental art—is precisely why it can be discounted by mainstream design.

Just as it has taken the good part of a century for schools of design to emerge (rather than having industrial design, for example, located in schools of architecture, schools of engineering, and schools of art) discursive design has not found a singular home in academia. But similar to corporate product development processes where design is seen as the link between marketing, manufacturing, and engineering, discursive design can be the bridge between art, technology, and more traditional design education.

A 5-hour recording of UCSD's inaugural event. Benjamin Bratton's lecture lays out important historical references and parameters for speculative design (2:45–34:00). Fiona Raby's delivers the keynote about her and her former students' speculative design work (36:30–1:22:30). Sheldon Brown (2:57:00–3:28:00) with Speculative Culture and the Human Imagination. Teddy Cruz (4:00:00–5:16:00) on the UCSD Visual Arts faculty and their approach to speculative design.

As opposed to UCSD's seeming emphasis on discursive design's more artistic capacities, the MIT Media Lab stresses its value in the technological sphere. Their Design Fiction Group, under the leadership of Hiromi Ozaki (a.k.a. Sputniko!) is particularly interested in prospective students "with a strong interest in emerging technologies" and with "backgrounds in synthetic biology, bioengineering, and electronics." And certainly many industrial design programs are looking at discursive design projects and courses as a way to extend the cultural reach of design as part of an expanded notion of 21st century practice.

As part of UCSD's launch event for the program, Fiona Raby gave the keynote speech, presenting the many and influential projects of her co-run studio, Dunne and Raby. This occurred just a day after The New School's Parsons School of Design publicly announced that she and Anthony Dunne were beginning a "new gig" within their School of Design Strategies. 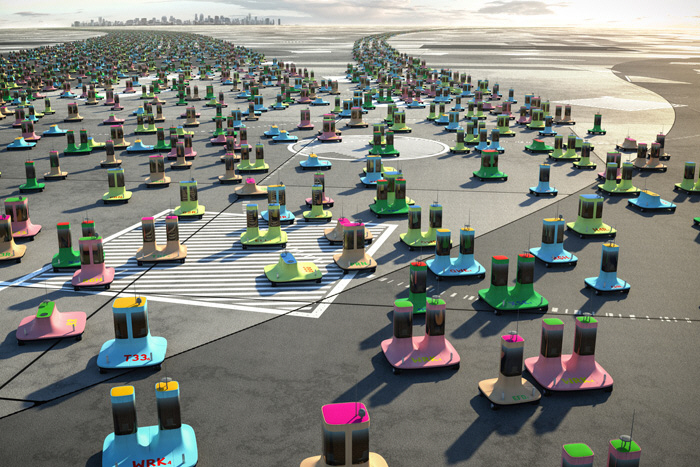 Dunne and Raby's United Micro Kingdoms was commissioned by the Design Museum in London. "The project presents perspectives on a fictional future for the United Kingdom. It sees England devolved into four self-contained counties, each free to experiment with governance, economy and lifestyle. These 'live laboratories' interrogate the cultural and ethical impact of existing and new technologies and how they alter the way we live." Digital image, Tomasso Lanza.

In moving from their celebrated positions at the Royal College of Art, Parsons can offer them a broader collaborative community. Raby says, "In joining The New School, I will be able to not only work with faculty and students to explore new forms of socially engaged practice in relation to emerging technology, but also collaborate with some amazing people in disciplines like anthropology and political theory, which Anthony and I haven't been able to connect with before."

While their positions include teaching, they are also going to be driving collaborations with other universities, notably the MIT Media Lab. The hope, says Tim Marshall, The New School's provost, is that "their inspiration and insight will help our students to not only prepare for but also help shape our social and technological futures."

And it is this question of social and technological futures that Forbes contributor Johnathon Keats questions in, "Can the Cooper Hewitt Design Triennial Save Us from the Next Global Die-Off?" Published a day after Raby's keynote and in anticipation of the Triennial's February 12th opening, Keats discusses several discursive design projects to be exhibited that deal with synthetic biology and questions of its relationship to how we might (have to) live our lives. Designers Daisy Ginsberg, Neri Oxman, and Ana Rajcevic exhibit objects and images of hypothetical creatures, synthetic organs, and animal-inspired prosthetics for humans. 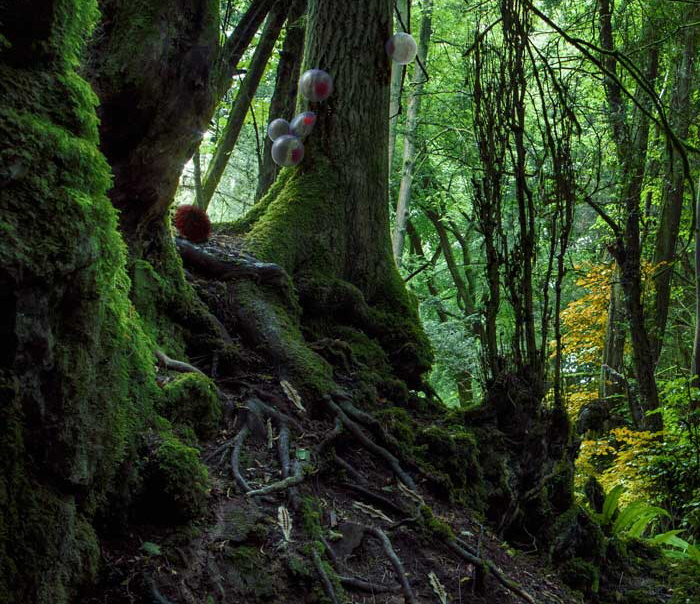 These uses of current and future synthetic biology and bioengineering are of course not predictions, but provocations. As UCSD professor, Benjamin Bratton stated in his insightful (and perhaps incite-ful) lecture just prior to Raby's keynote: "These technologies are Pharmakon [Socrates' term]: remedy and poison. Any perspective that emphasizes their positive or negative potential without assuming the inverse is incomplete or dishonest." The Cooper Hewitt as a cultural institution is trying in this way to keep us a little more honest.

In regard to this week's events from the UCSD program announcement, to Dunne and Raby's gig at Parsons, to the kickoff of the Triennial, we turn to Keats' for a helpful summation: "While more frequently found in art, this philosophical turn belongs equally in the realm of design, where it can problematize product development before manufacturers remake society in their own image. Moreover, design is the universal language of the modern world. Using design speculatively brings philosophy to everyone."

The "everyone" is certainly an ethnocentric oversight, given that discursive design is currently a product of and for the privileged world. But all of this is a start. In order to responsibly, substantively, and extensively deliver on this promise, we need even further academic emphasis, even more visionary practitioners, and even greater public engagement in discursive design's future.