Get Lit, The Lamp Show Comes to Brooklyn

From the street, the 99¢ Plus Gallery emits a yellow glow. The strange glow is partially due to its illuminated contents, but mostly due to the primary yellow coat of paint applied to the floor and walls of the one room Bushwick gallery. Inside, the room buzzes with the sound of electricity from 33 lights, crafted by emerging and established artists and designers. 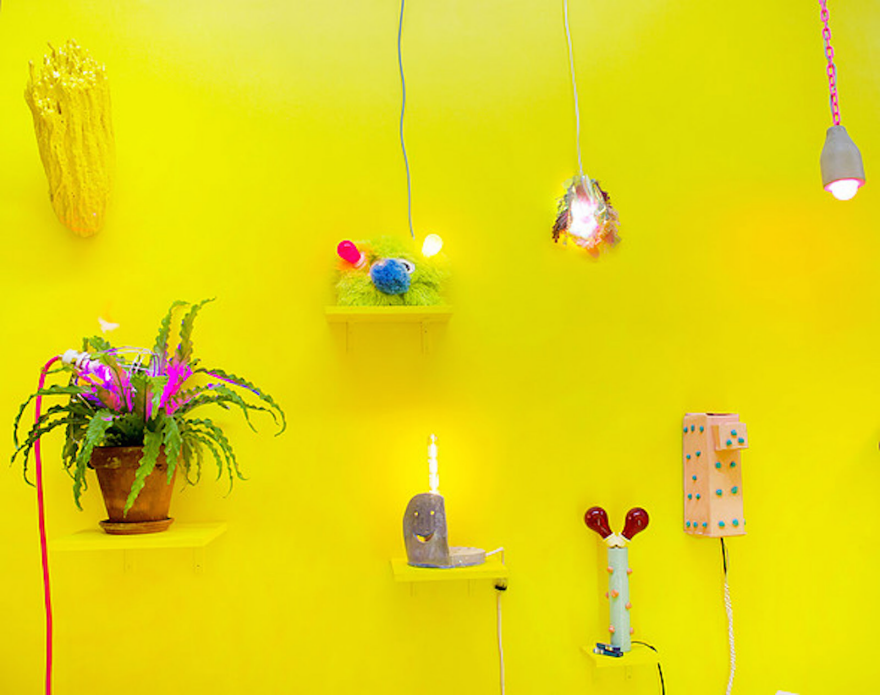 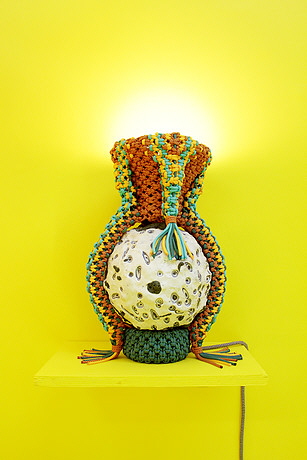 Fisher is determined to take the concept of functionality and use it as an exploratory tool for both artists and designers to create more interesting products. "It's about functionality and art," says Fisher. For The Lamp Show, Fisher invited a mix of traditional industrial designers and fine artists to contribute work.

"It's definitely been challenging because no matter what, there's a certain set of knowledge—a certain way of talking about things—when you're in either the art or the design world," says Fisher. "It's been really interesting in my work with designers or in my work with artists. They each have different sets of questions, but it's also really fun for most people to make something different. A lot of people just kind of appreciate it as something different." 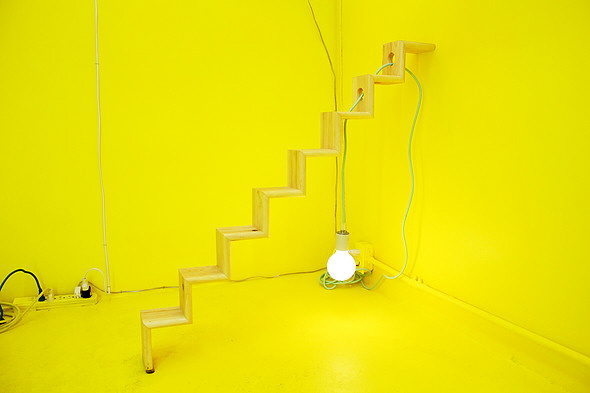 Nick DeMarco's floor lamp is threaded through a set of wooden steps.

The resulting objects turn everything one might imagine a lamp could be on its head — including, very literally, suspending lights from the ceiling. From an undulating floor lamp by B. Thom Stevenson to a wooden set of steps inching its way up a nearby wall from Nick DeMarco, the work defies traditional art or design buckets, choosing to live somewhere in between. 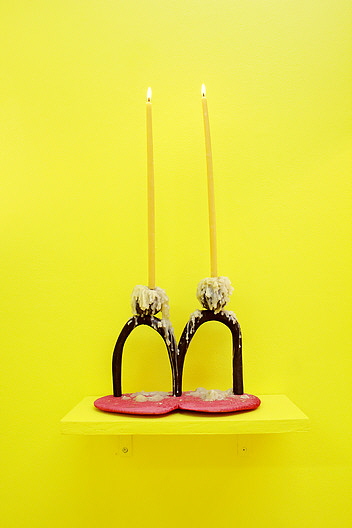 When asked whether the pieces are art or design, Fisher prefers to ignore the question altogether. "That's basically been my mission since day one, to completely ignore that question," says the curator. "My mission is to make it all equal, in one space, without losing the artist's autonomy as artist, without losing the designer as the designer. I want to allow people to explore and experiment with just ideas, not art worlds or design worlds." Fisher has more shows planned for the rest of this year, including a show on vessels that is already in the works.

The Lamp Show will be on display until April 10th, so if you're a lamp aficionado and live in New York, be sure to make the trek out to the 99¢ Plus Gallery in Brooklyn (238 Wilson Avenue).

Get Lit, The Lamp Show Comes to Brooklyn