Each year, Cape Town transforms for one week to host the annual Design Indaba Conference. For 21 years, the city has celebrated creativity with the three-day conference attracting some of the finest minds in fashion, architecture, design and art.

This morning the conference opened to 1,000+ delegates who filled the auditorium of the Artscape Theater, ready to hear about design and building a better world through creativity. Kicking off the event was Johannesburg-based design duo Stephen Dirnberger and Chanel Cartell. The pair shared the story of quitting their jobs, selling their belongings and embarking on a creative sabbatical, inspired by 2014 Design Indaba speaker Stefan Sagmeister. Proving creativity begets creativity, their talk took us through their year traveling over 100,000 km and their creative breakthroughs as they filled their wanderlust bucket list—including mushing with huskies in the arctic circle and going a month unplugged.  The documentation of their travels on their blog How Far from Home, details their route and stands as a testament to the importance of challenging your creative practice. 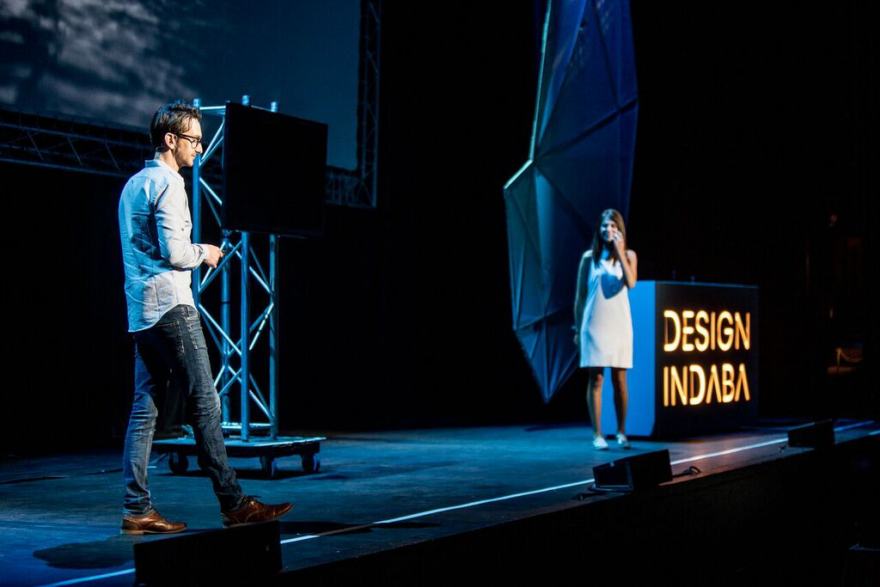 While most us won't spare the time for a Sagmeister-ish sabbatical (although, it doesn't look half bad)—the first talk was a light start to a day that would soon take on heavier topics from the British Welfare State to South Africa's housing shortage. The afternoon was highlighted with creative pragmatists, notably social entrepreneur Hilary Cottam and architect Alfredo Brillembourg, both reimagining social systems from the ground level.

British social designer Hilary Cottam took the stage in the afternoon with a non-apologetic declaration of being an 'accidental designer.' She likely gets a pass here having built a career on addressing some of the most complex social systems the UK has to offer. For nearly a decade, Cottam has focused on the British Welfare State – looking not to institutions to solve the problems - but toward a more human approach of relationship building and prevention. 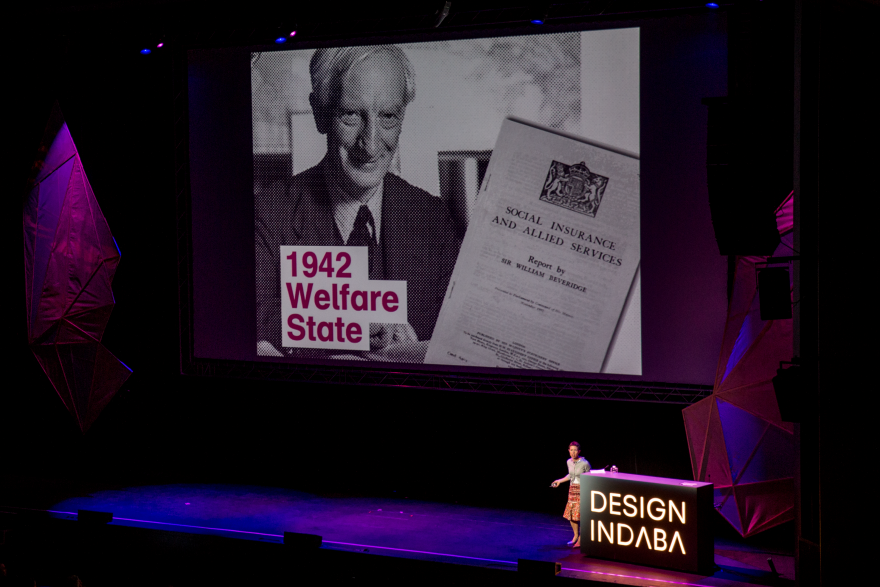 Cottam's approach for radical social change looks to foster human connections with an acute understanding of the limitations of institutions. She presented Circle, a low-cost service solution for aging populations to find social and practical support thereby reducing the isolation often felt by the elderly.

Circle is fairly simple in design—members join for a small fee to take advantage of any number of different types of support - social, logistical or otherwise. The service makes no assumptions about what people need in terms of support, rather it connects individuals and groups via a platform to create real relationships that can be built on organically. 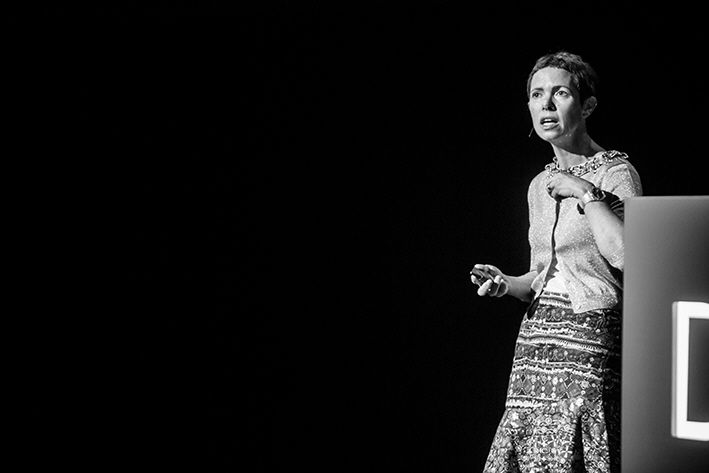 Circle is compelling because it locates the root of the complex issue related to the aging population in the UK—it's also bolstered by technology allowing the service to be scalable and transferable to different communities. Since 2009, Circle has gained over 7,500 members and 7,700+ helpers who provide a variety of different types of support, on-demand.

The day ended with Venezuelan-born architect Alfredo Brillembourg discussing an ongoing project specifically sited in Cape Town. As a founder of Urban-Think Tank (U-TT), Brillembourg works internationally at the cross-section of contemporary architecture and urbanism often tackling social and contextual issues deeply embedded in the communities in which he is designing. 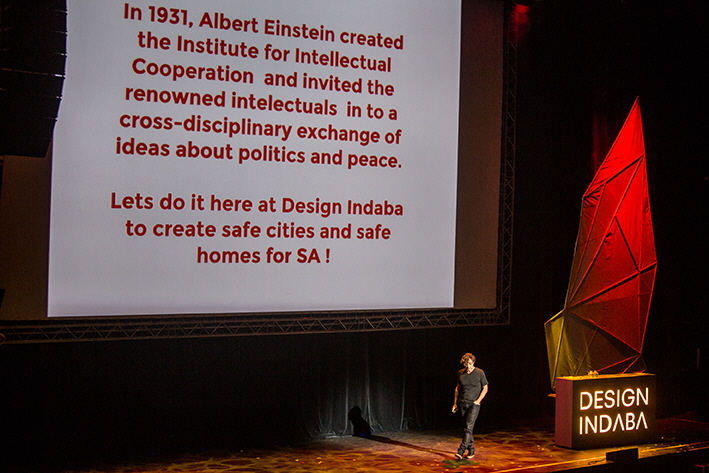 Empower Shack, while still in the pilot phase, has been supported by the City of Cape Town to develop more livable and sustainable housing from the many informal settlements in South Africa. In light of a countrywide housing shortage, Empower Shack looks to redesign the physical structures of these settlements by creating two-story housing prototypes.

In addition to the legitimate need for better designed structures - the Empower Shack goes further to address a number of financial, political and cultural issues to create lasting infrastructure. Brillembourg and his team plan to create a solution that is not only feasible in the short term—but ultimately gives agency back to the residents to build and develop their own spaces once the foundation is put in place. 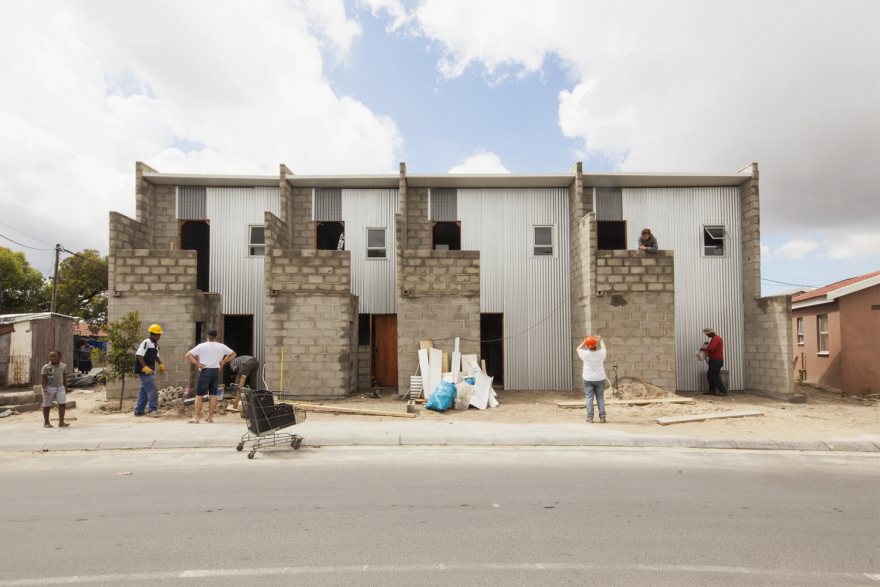 As day one drew to a close, Brillembourg invited his local team from Cape Town to the stage for an emotional round of applause for the work already completed on the Empower Shack project.

While there are still two days of the conference to go, already Design Indaba 2016 has already proven refreshing showing a mixture of not only great design—but social impact internationally and close to home.