A good example of Design Indaba's aspirations to not only bring incredible creativity to the stage, but creativity with a mission—Heap was a perfect selection for closing speaker. In just an hour talk, she discussed her 20-year career of highs and lows in the music industry peppered with tracks from each of her studio albums. 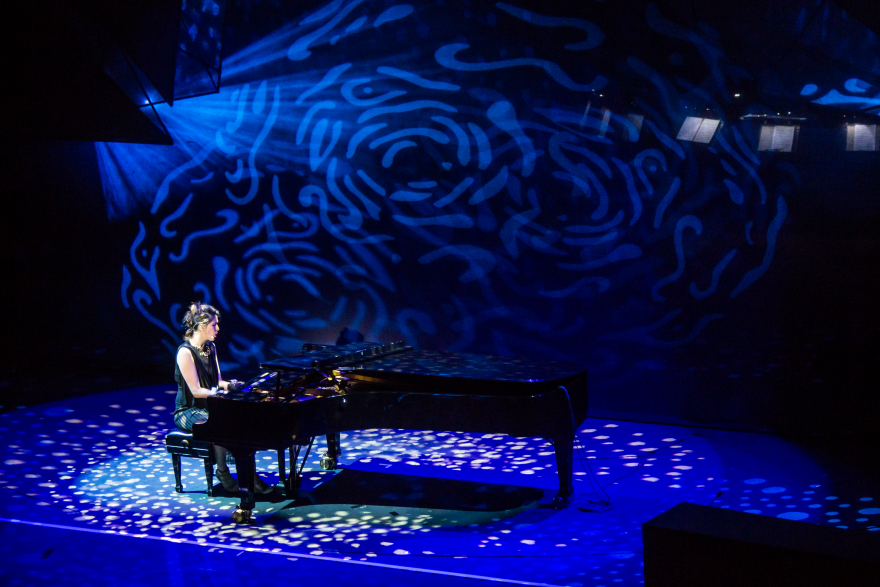 Prior to each song, Heap shared insight on what she referred to as 'data' behind each song—including the number of collaborators, publishers, rights holders, instruments and more. Providing the informational context of each song began to build a case for the massive amount on data that actual makes up the creation of music. Likewise, it becomes obvious to the audience when confronted with so many different stake holders involved—that the method for distributing revenue to said parties is ineffectual (at best), often leaving the artist with almost nothing.

As the talk progressed the audience witnessed the unfolding of a career built on incredible talent as a musician that evolved rapidly into a sweeping creative practice encompassing performance, technology, hardware and design. As Heap performed single 'Me and the Machine' we saw for the first time her Mi.Mu gloves, an open-source music hardware project on which she has been working with a team for the last two years. 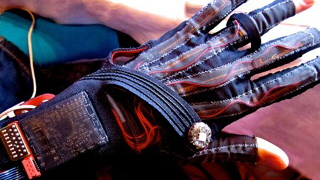 The gloves, created with a team in the UK, include eight bend sensors in each hand, a gyroscope and accelerometer to sense the movement and gesture of the wearer. The software is open source allowing users to create their own program and map inputs to outputs as they see fit—creating a community of glove-users generating uses that can be incorporated back into the Mi.Mu team's research.

The gesture language is not something that we can prescribe. It’s actually a movement that we’re seeing with the Kinect, Leap Motion, [Thalmic Labs'] Myo and loads of gestural interfaces. I have a young daughter now and in ten years - it will be very natural for her to have a gestural language to interface with her computer. It just becomes normal in the way we have gotten used to going 'command C' 'command V'

The evolution of Heap's practice to create her own instruments is inspiring. However with her newest single 'Tiny Human' she translates that creativity to solving industry-wide problems. She ended her talk explaining her new tech-savvy approach to solving issues of rights ownership and acknowledgment for musicians with her newest project Mycelia.

Mycelia is a platform for information about music that is open to all and built on blockchain technology (best known for the underlying tech for bitcoin transactions). The decentralized database will both provide acknowledgment and storing of information related to each song - and has the potential to build in smart contracts and micro-payments. Blockchain has the potential to seamlessly allow artists to receive appropriate compensation for their work sooner as well as create a formalized way to credit sampling, remixing and more.

The very real issues Heap has encountered in her 20 years set against her shear charisma and power as a performer was a subtle balance that spoke volumes to her greater mission of working to fix a broken industry. An excellent ending to the 21st Design Indaba, we look forward to seeing what they come up with next year.