Perhaps Studio [D] Tale is a creative business with a social edge—or maybe it's a social impact project with an eye towards business. Whichever is appropriate—the joint studio of Safia Qureshi and Maxwell Mutanda is far from your average architecture firm. Last week, on the stage of Design Indaba 2016 in Cape Town, the pair presented recent work from their recent projects across the UK, South Africa and Zimbabwe. 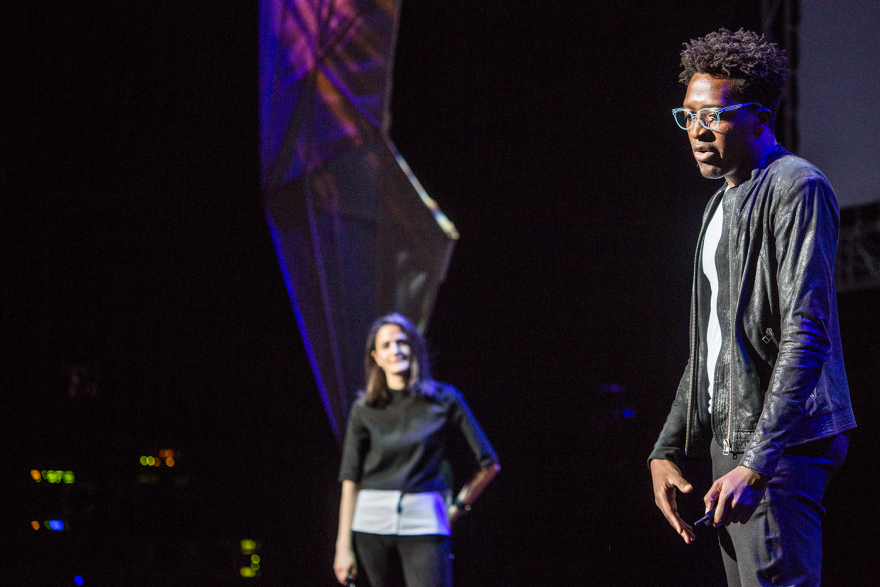 Mutanda and Qureshi at Design Indaba 2016

Perhaps most notable is the project 'CupClub'—a plan and product for tackling the issue of disposable coffee cups across London (and any city for that matter). The duo first gained recognition for the concept of CupClub after its launch at London Design week and are now finalizing a pilot program that will launch later this year.

CupClub is beautiful it its simplicity and pragmatism. The disposable coffee cups is redesigned for washability while maintaining the key features we have come to expect of our to-go coffee. The new and improved cup and paired with an underlying service design that washes them and redistributes them to vendors. CupClub goes a step further providing opportunity to brand the cups of each vendor, blending seamlessly into an existing system while lowering pollution and trash.

Qureshi and Mutanda met at the Bartlett School of Architecture as students. Upon graduation, Qureshi would go on to run large-scale architectural projects in London while Mutanda returned to Zimbabwe to take up a job in branding. The two would rejoin in 2013 to begin the studio that would work across the two cities on projects ranging from product to service design.

We caught up with the charismatic pair to ask them about the studio, their plans for CupClub and knowing just the right moment for an idea.

Core77: At what point did you decide to set up Studio [D] Tale?

Qureshi: I set up the studio with the idea to do something that was different. I was very frustrated with my role as an architect, which had been a bit derailed - mainly lining the pockets of big developers. It became a very demoralizing industry in London specifically – and I wanted to really focus.

We set up the studio in 2013 and I think the inspiration came from the idea of creating a studio that was global as well as local. Africa as an emerging market and for various cities that are going through rapid urbanization it's a very interesting place to explore - especially for social impact. [In contrast] London has fantastic access to innovation, funding, opportunity that are global level and you have this ability to create smaller studio or satellite to look at specifically whats happening on the ground—grass roots level. If you bring them together it becomes really powerful. So I asked Max—why don't you join and set up a studio from Harare and Cape Town lets see how it goes and run some projects. 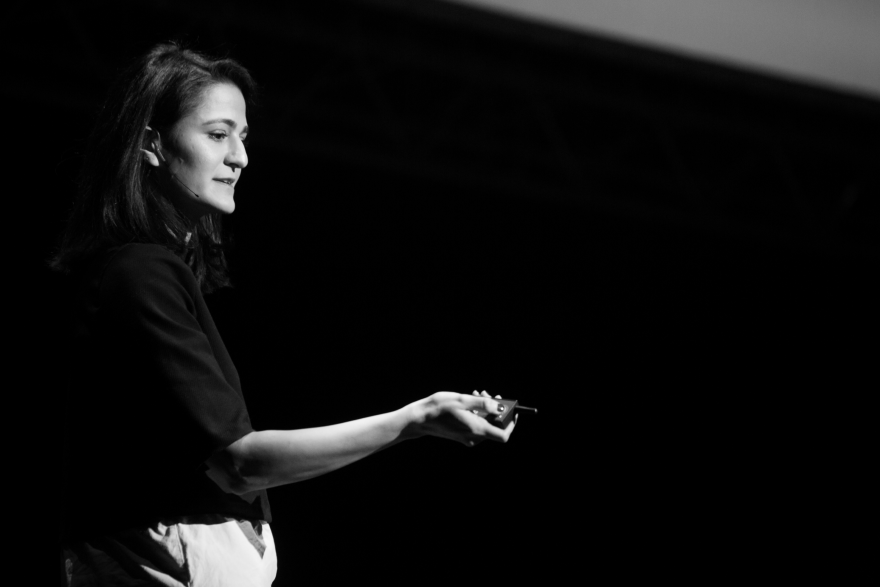 Core77: What kind of projects or clients did you begin with?

Qureshi: So we started with residential product in London. Max was looking at interventions and specifically setting up projects that dealt with infrastructure. It's almost as if we are avoiding doing a real building but were doing everything else - because it's what we want to understand and explore.

Mutanda: Also, when you start out—you always know what you don't want to do.

Qureshi: Yes, and we didn't want to become a product of clients that had come to us. Its not a criticism—but you start to do work that is a mirror of the work that has come to you—as opposed to developing the work yourself. It's a hard process because you have to turn the whole thing upside down –you're not getting funding straight up—you're going out looking for opportunities, building teams and getting partnerships or sponsorships to get funding at the end. It's a lot of upfront work, but it means that you can do the work that you want and draft the way you design your studio.

Core77: One of the most striking things about your work is that there isn't just a service or product—there's actually an underlying business model—how does that work logistically?

Qureshi: When we set up the studio I didn't think that every year after that I would be setting up a new company. But then you challenge yourself and say if you're not providing just a service, if you've done all this research and innovation—who's going to implement this but you? 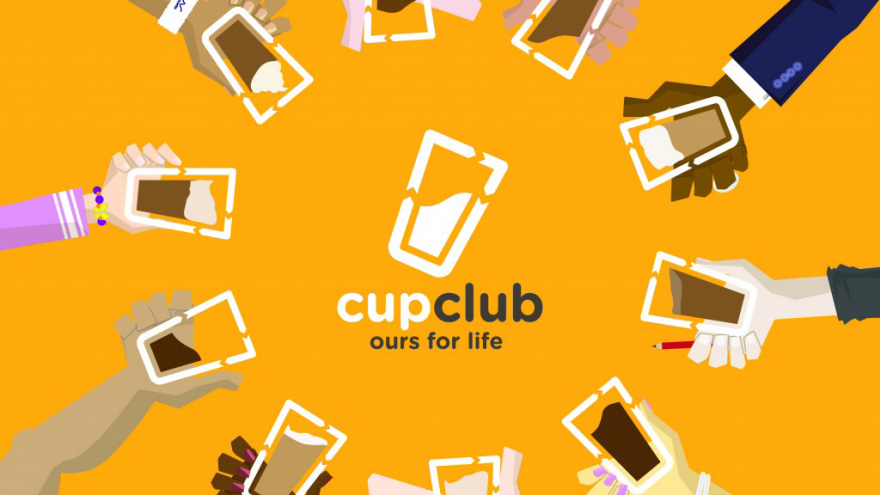 Qureshi: Suddenly, it becomes a factory for these smaller startups. So CupClub is the first to come out—and it's the most fast-paced. At the moment we have aligned partners and we are doing a pilot and in September we will know the results and then hopefully get funded. We've really set up a entirely new business with its own entity and its own experts that has grown from the mothership as you might say.

Core77: Where did the idea for Cup Club originate?

Mutanda: When Safia first voiced CupClub, there was another project at the front of our minds. [CupClub] wasn't even on the back burner, but she came and said 'oh I've been thinking about this thing' and I just said do it—do it now! You know what they say about luck is just opportunity meeting hard work and that's really what this was.

Qureshi: I was on the train and I did this little sketch because I saw these guys with cups and they got off and they threw it in this bin and I thought ah.. this is going to become a bigger bin, and a bigger bin—and I said to Max we don't have time for this right now we will get to this later. 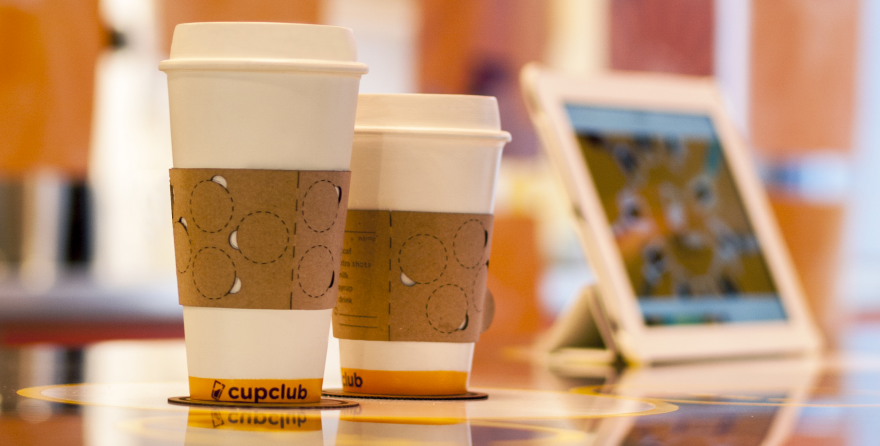 But a week after, I was at this event where someone from the Greater London Authority stood up and said we are looking for new interventions to reduce waste in the city. He just named everything that that sketch embodied, and I thought you've got to be really stupid if you don't take him aside and talk to him about this. So he said come and see me in a month and I though—now I've got to do this.

So I said to the team lets just hold back on this for a second and focus on the cups. You can't do everything—you have to follow whatever is catching fire first. Quickly, every door started opening and then you know you're doing something right when things are moving that fast.

Core77: In most of your projects, technology is really at the forefront. How has that developed as a core feature of your practice?

Qureshi: It's paramount. Technology is really empowering and it's empowering to everyone, and it's accessible to everyone. Even in Africa—a fruit seller with a mountain of oranges and a rickety cart will have two phones. Why not harness that? Everyone has access to a phone—make that an opportunity to let people into this entire web—it's mandatory. And what's amazing is we've only just started and I'm looking forward to what will happen on the next level.

Mutanda: I think it's the time that we are in, everything you do has to somehow relate to what's going on. There is this infusion of technology in everything. 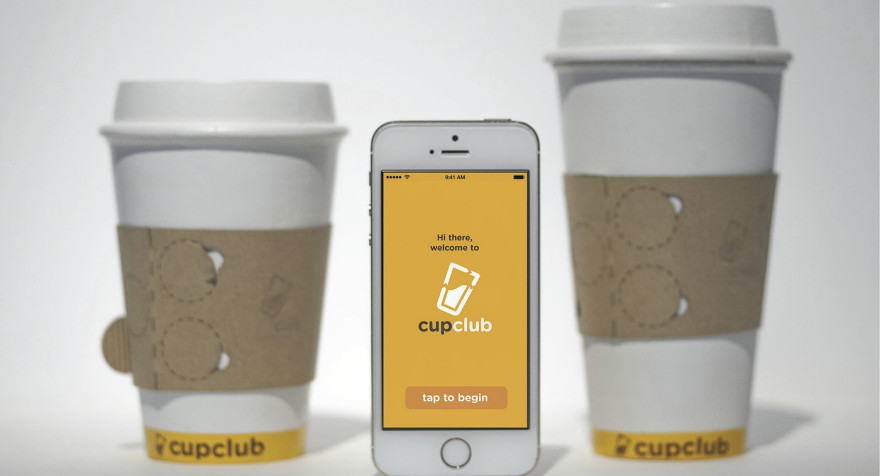 Core77: What's on the horizon for Studio [D] Tale? Are there some projects you're excited to get started on?

Qureshi: There are so many projects we haven't talked about and are in the pipeline, we've done volumes of research and just put it there. There are those projects that are waiting for this thing to fly out. I genuinely believe there is a time for everything and projects are the same you can't push them you have to let them simmer away and there will be an opportunity when someone comes up to you and says I've been looking for exactly this.

Thanks to Safia Qureshi and Maxwell Mutanda for sharing their experiences with us. We certainly look forward to what is next on the horizen for Studio [D] Tale. For more of their work see their website.