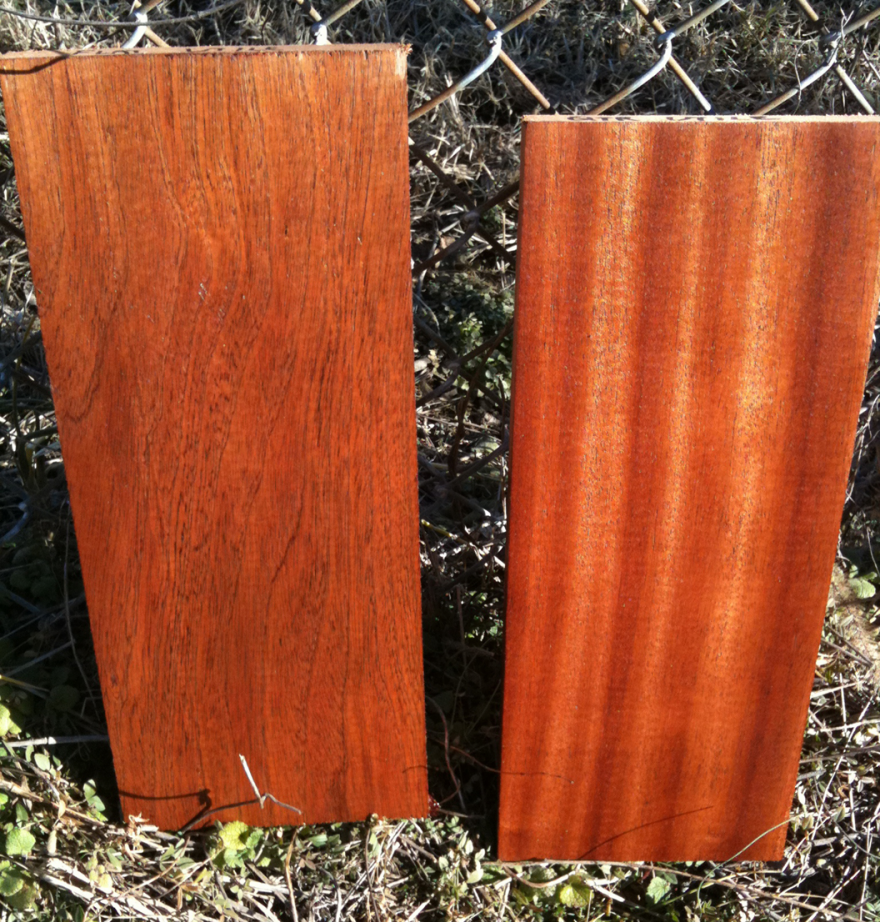 Flat sawn Utile on the left, quarter sawn on the right

The names "Utile" and "Sipo" refer to the same species, but it seems as if the public has not yet decided on which name it prefers, as both names are used with equal frequency.

Utile still has an interlocking grain like other African species, giving it an alternating light and dark banded look. Although this is not as intense as African Mahogany's bands, Utile is much easier to work and produces less tearing, so it is often chosen over the other African species of Genuine Mahogany alternatives, especially in projects that require a clear coat or stain.

Utile's hardness is somewhere in between African Mahogany and Genuine Mahogany, which, again, makes it a good Genuine Mahogany alternative. For a while, Utile was hard to acquire and was listed as vulnerable, but responsible planting and foresting practices have dramatically increased the wood's availability.

However, at J. Gibson McIlvain Lumber Company we still take great care in our sourcing to acquire only the best specimens, as a wide variety of quality exists, depending on the import region.

We maintain a large volume of Utile in stock at all times, and we generally sell this lumber for exterior uses, cabinetry, and millwork, as well as other applications. The Mahogany-like color and texture make Utile a prized alternative that delivers many of Mahogany's benefits – without the Mahogany price tag. 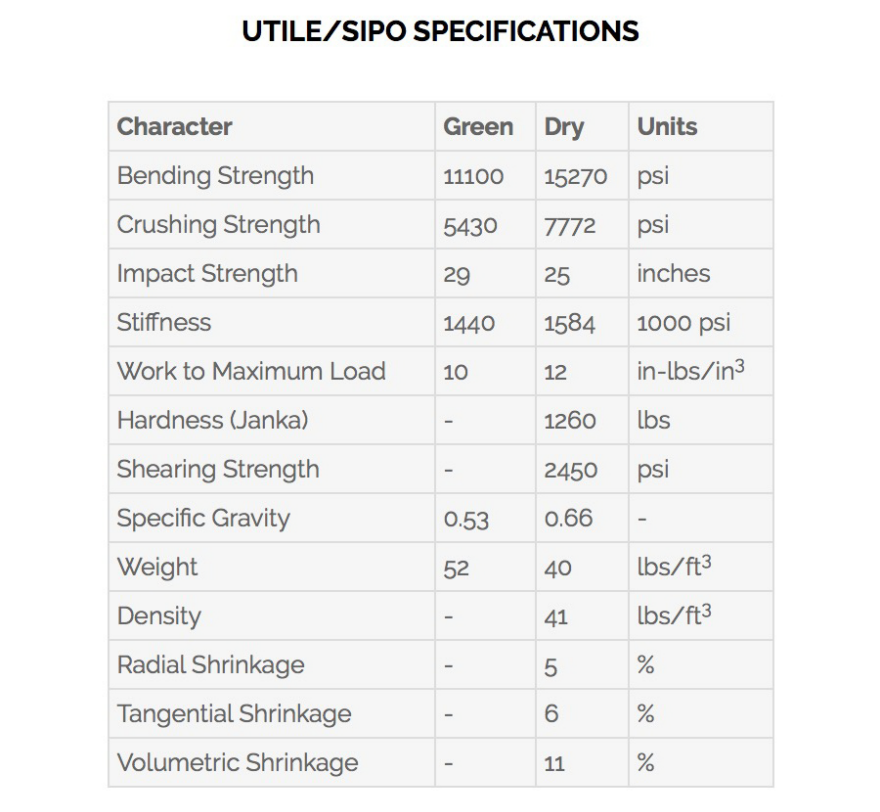 How Boards are Made:

» Wood Movement: Why Does Wood Move?