Power strips are woefully outdated objects. Most that you see today are not terribly different from the power strips of twenty years ago, despite the explosion in the popularity of electronic devices that the past two decades has brought us. Thus a trio of Munich-based designers calling themselves Good Gadgets have designed Youmo, a "smart modular power strip" that meets modern-day demands by allowing the end user to configure the strip at will.

This design raises an interesting question about the future of the power strip. Prior to the advent of cell phones and iPods, power strips were items that were meant to be unseen; they lived under a desk or behind a piece of furniture. There was nothing that we carried around in our pockets that needed to be charged,so we plugged things into power strips once, rarely unplugging them or interacting with them in any way.

Nowadays, of course, we unplug multiple items every day, making the floor or the underside of a desk an inconvenient location for a power strip. You'll notice that the examples in the Youmo video show the device residing on desktop, tabletop and countertop surfaces, within the end user's immediate plane of interaction. 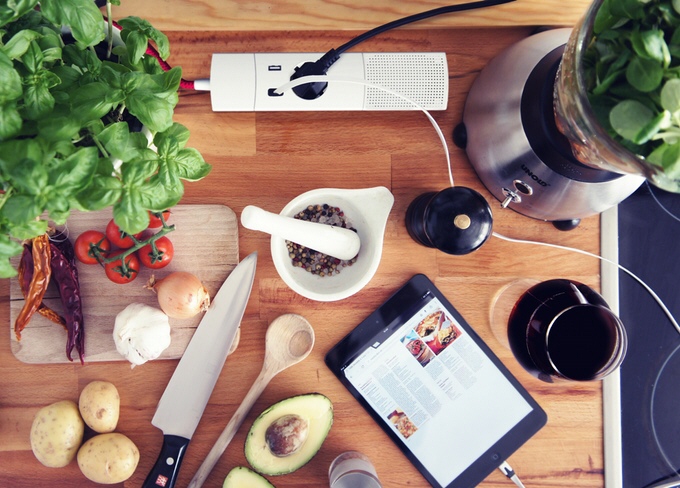 In your opinion, is that the new "home" for these objects? If so, it's a bit ironic; smartphones, for instance, have allowed us to combine many objects into one, reducing one type of clutter. And replacing it with another, in that there's now yet another item that must claim real estate on our desks.