The Funtastic World of Jaime: A Talk with Jaime Hayon at Design Indaba 2016

We talk to Artist/Designer Jaime Hayon about finding inspiration and staying playful.

When you decide to become a designer, the path might not be completely clear but traditionally, it has some key features and check points. Attending the right design school, getting the right client, innovating in a particular material, style, etc. usually top the checklist for a successful design career. However, for some designers, careers are built not out of a particular school of thought or innovation but from a seemingly single-minded curiosity about the world.

For Spanish-born Artist/Designer Jaime Hayon, the latter is most definitely the case.

Talking with Hayon, you are immediately struck with his enthusiasm—a certain insatiable need to explore that has driven his creative work in the art and design world. Indeed, it's easy to forget that you're interviewing one of Europe's most prominent furniture designers who's worked with BMW, Fritz Hansen, Cassina and the like. 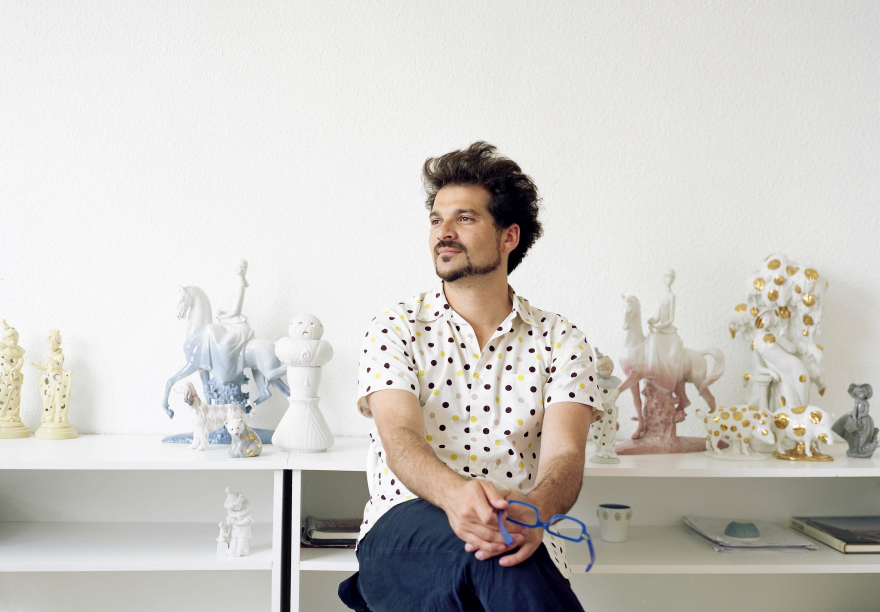 We sat down with Hayon after his keynote on the final day of Design Indaba 2016 to ask about getting his start, his fearless approach to materials, and maintaining an authentic approach all his own through dozens of high-profile collaborations.

Core77: It seems like many have tried to contextualize your work - do you often get comparisons?

Jaime Hayon: When I started my career a lot of people didn’t like what I was doing—at least not the serious industrial designers—but now it’s a different story. First, because I work for the same clients and they see the progress of the things and are fascinated by the ideas. The funny thing is that—and this is interesting in life, when you start to be someone, you're always compared. Then you mature into what you're doing, then they don't compare you—they compare other people to you. It's a process of understanding. 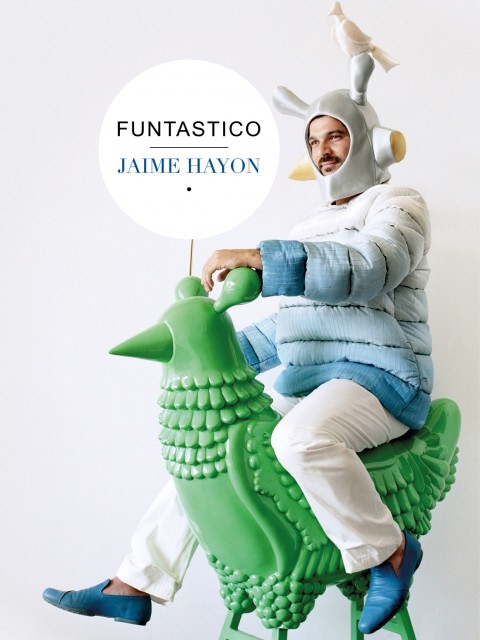 Poster for Funtastico, Hayon's solo show at the Groninger Museum

When I started, I didn’t have a direction and I didn’t come from any school and most [other designers] did. Imagine yourself in the middle of nowhere. I call Madrid the middle of nowhere because when I got out of school there was no reference—I was asking 'where are the other people?' When Hella Jongerius got out of school there was Marcel Wanders. When Ron [Arad] was teaching at the Royal College of Art there were a lot of people around.

When I got out of school there wasn't anyone—I was asking 'How do you become a designer?' I had no idea. People where scared of what they see and at the same time they are fascinated completely. I’ve been asked a million questions—where do you come from? What do you do? What is your shit? I had to invent it.

In the beginning, I was just hoping someone would come to the gallery in Barcelona where I worked and just buy something, but it was impossible. I started off with a very timid approach. [At that point] you cannot imagine how much you can grow with something. I still remember crazy anecdotes about the starting points in my career where it was really hard to make a living. I was making ceramics with ears and bringing them to the gallery and selling them for nothing. But then there are always people who start to come who have an eye—who say 'huh, quite interesting.'

What is the role of technology and materials in your work?

It's very interesting because I think with technology, a lot of people base the content of their work on how they made it, with this high-tech, ecological material or whatever that is in the future. It’s a perfectly fine way to see it, especially because in the century that we live in, a lot of people are constantly researching new materials. If the base of your work is about an innovative material—then your products are going to be innovative just because of that.

For me I neglected that because I don’t want my content to be based on other people's research. These days, you go to a fair and see an incredible new chair made out of poop or whatever and you don’t even look at the form of it. You don’t even consider if it's comfortable or interesting, the process or the assembly. This is because the only thing they are communicating is the crazy material and if that’s the whole point, where is the culture? 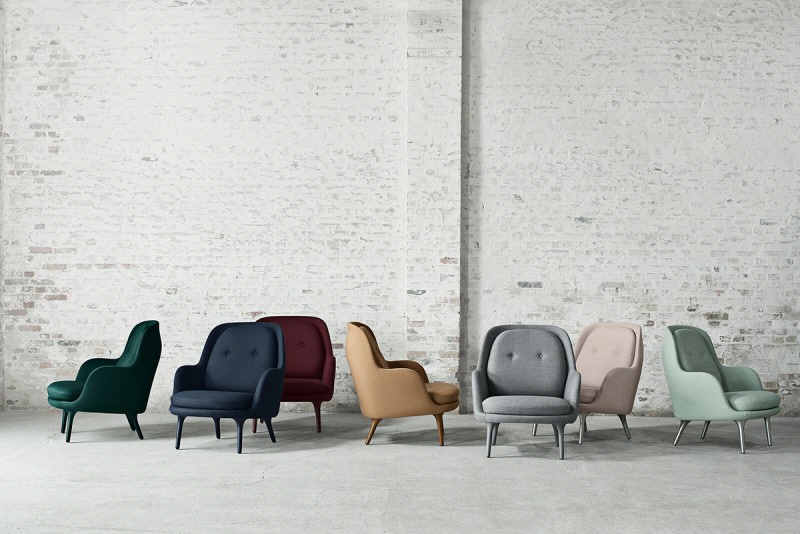 The funny thing is, these innovations will die, but materials that are in museums like glass, crystal, ceramics—they haven’t yet. It's because they are alive, they change, they are human—they are based on natural resources so they don’t need to be ‘ecological’ because they are already.

Does the digital, or digital fabrication play a role in your work at all?

I have been asked to work with high tech stuff—3D printers and things like that. It's not that I don’t find it interesting, it's just not necessary to me at the moment. And if I do work with this kind of technology, I would definitely try to find something different. I think its not for me maybe—yet.

When I went to BMW, I was totally ignorant about how people build cars. But at lunch time there was a moment when I said to an employee ‘with all due respect, your cars are looking very similar to other cars.’ I remember there was a very cold silence for a  minute but then they said ‘you know, you might be right’.

And you know why? Because all the research on the engineering, safety, marketing is based on the results of the wind tunnel testing. Which has to do with more safety, more speed and this is the freaky thing...I'm thinking why the hell is a wind machine shaping every car? 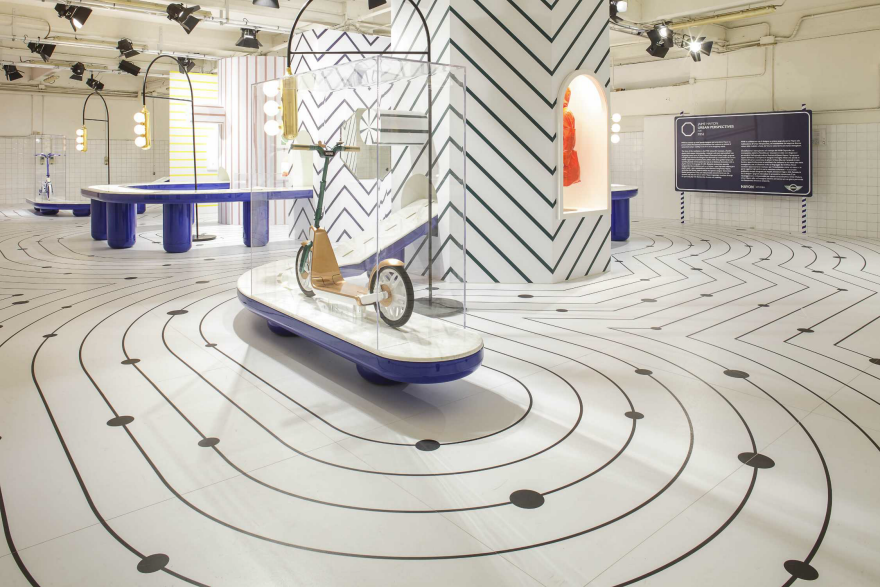 It's quite interesting what technology is doing but people don’t know how to use it.

What is the most important thing to keep in mind when you approach a collaboration?

When I work with someone I never impose myself. I collaborate in the real sense of the word which means that I talk to you, we speak together and then we make something together. Imposition is the biggest mistake of designers today, it's incredible.

People think they are good and they feel they have to impose themselves because you can feel superior and you can feel proud because you sold 10,000 sofas. But you know, if I was thinking like that I would be dead today. So I don't think like that—I'm really listening to the people I collaborate with. If I'm going to a new place, I put all the success in the trash and I stand in front of people and I say "Hey people, what are you up to? How can I help you to make something good for both of us?"

The problem is when you impose yourself immediately you are distorting the outcome. Things start to look equal and things don’t have the DNA of your collaborators—people have to evolve with you and do it in a way that is natural for them.

The funny thing is, these innovations will die, but materials that are in museums like glass, crystal, ceramics—they haven't yet. It's because they are alive, they change, they are human.

Is there a particular collaboration you've done that really illustrates that?

When I did the porcelain figurines [with Llandro Atilier]. That’s a world that to innovate in and it is impossible. Or it looks impossible—but why?

The marketing people thought we cannot do figurines in the 20th century. It's ridiculous—why would we? So they said, 'Let's call someone to make new stuff,' but then the new stuff looks new! But there are still old ladies that collect the figurines. I thought maybe we can do them in another way...let's take the manga characters and get [the two styles] to work together. I wanted to make them handmade, the same way they always have. The point is to look at continuing to do the same process but modernize it by saying, 'why not?' 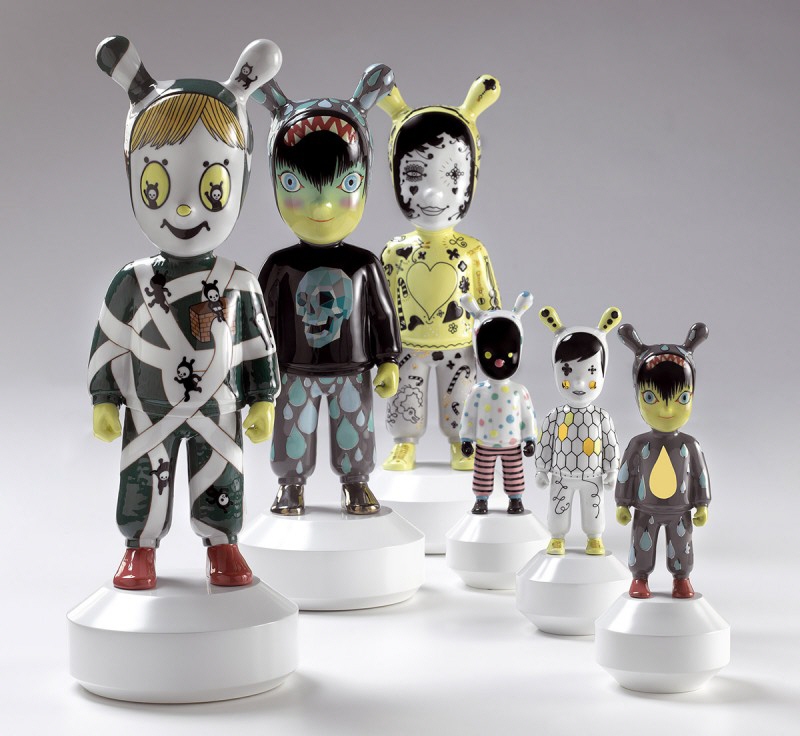 There are people that share the same interests as me. I am not only in design but in art and other fields. People that, by collaborating, understand how to get the essence of what they are doing. When I opened the show [Funtastico] in the Netherlands, Ai Wei Wei was opening his show on the floor above. I was talking with him and he was saying we have something in common. Whenever he works with a material he does it 100% the way they would do it [historically]—I love that approach. I'm a designer-artist, he's an artist fully, but he's focusing and not imposing himself and respecting what's happening—that's how he gets the magic out of it. 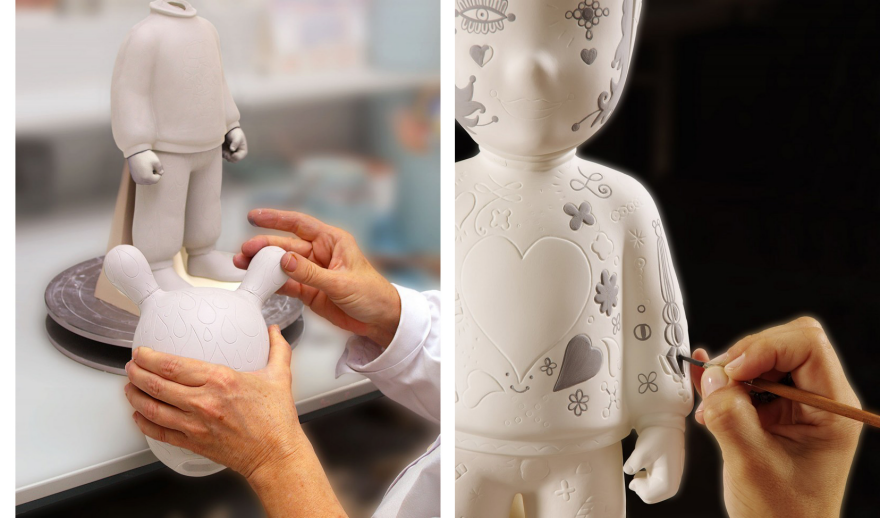 In the end what do you think is the driving factor for your work?

Everyone has a direction and mine is to focus on what is relevant to me which is the story we are telling, what the piece is communicating, the qualities it has and the sophistication you get because you're not working with a machine. You are working with humans and humans have bad days.

If you drink the whole night, the thing you made perfectly yesterday is not so perfect today. This is how sophisticated working with humans can be. Mistakes are good.

Thanks to Jaime Hayon for talking with us at Design Indaba 2016. For more of his work visit the Hayon Studio Website.

The Funtastic World of Jaime: A Talk with Jaime Hayon at Design Indaba 2016