Robert Irwin's prolific status hasn't prevented him from remaining somewhat in the shadows—fittingly, this temperament is further visualized in the minimalist art he produces. Originally a painter turned installation artist, his pieces over time moved from small to large, from flat to fully experiential. If you don't already know of Robert Irwin, you might be familiar with some of his colleagues like Larry Bell and James Turrell (an artist who became even more relevant in recent pop culture news after this). Each of these "California Light and Space" artists are responsible for some truly mind bending work that nod equally to the wonders of science and art. 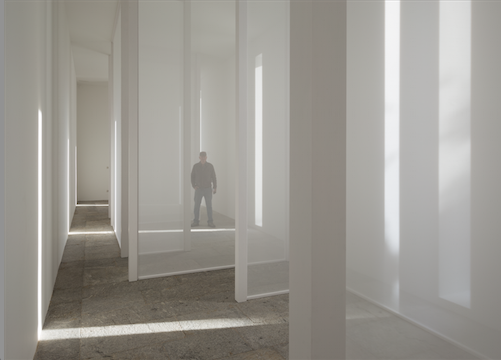 Robert Irwin is well know for works with a direct relationship to light and its power to transform a space. 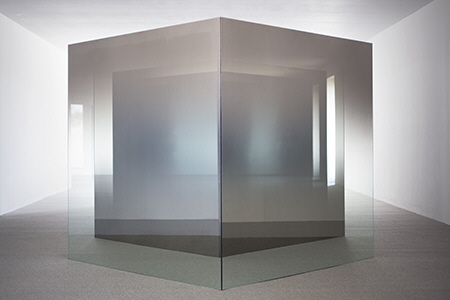 For the first time in his career, Irwin is constructing a permanent architectural structure in the town of Marfa, Texas with the Chinati Foundation, and it looks like it's going to be crazy. Check out an overview of the project from their Kickstarter project page:

Irwin states his purpose for the building is simple: the intention is plainly, "to make you a little more aware than you were the day before of how beautiful the world is." Utilizing the open skies Marfa is famous for, the building will be separated by light and dark, constructed of black and white translucent scrim fabric walls, which will react to the changing light throughout the day.

The Chinati Foundation is also currently seeking funding through Kickstarter for an additional section of the building: an unconventional, meditative courtyard garden designed by Irwin, which will include a basalt rock column central sculpture along with rows of Palo Verde trees. 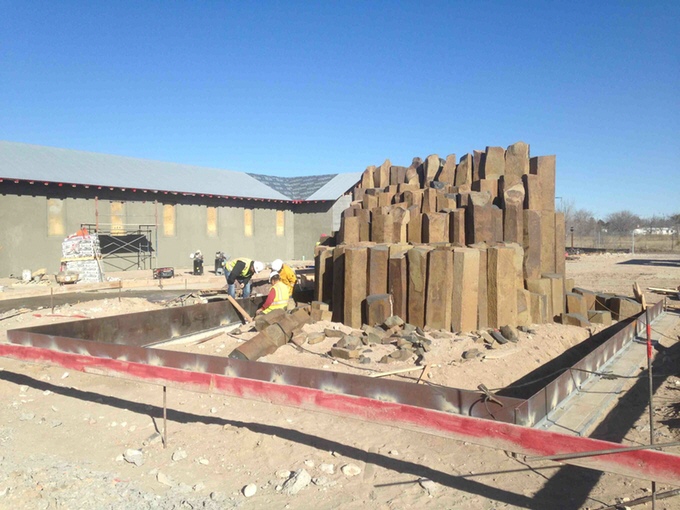 Irwin told the New York Times in January that the particulars of the Marfa landscape were the ultimate reasoning behind building in such a deserted area: "I used to come out here all the time, to this part of Texas...And I'd ask myself, 'Why make something here?' But then you know the minute you turn off I-10 and start driving this way: The sky changes. It's amazing. Every day is like a new event. The sky is everything."

The Robert Irwin Project is officially set to open in Marfa, Texas this summer, July 2016.